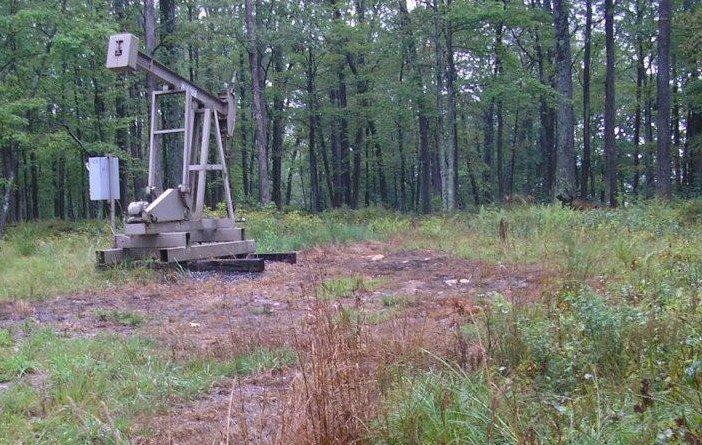 Governor Tom Wolf rejected a bill that would have eased environmental reporting requirements for conventional oil and gas drillers.

Wolf said in his veto message that while the bill tried to address the industry’s distinct challenges, it did so in a manner that does not adequately protect the environment or public health and safety.

He also said the bill would likely not hold up against a legal challenge.

Asked whether legislators would take up a similar bill, House GOP spokesman Jason Gottesman said lawmakers will meet in the next few weeks to determine the agenda for the coming session, which starts in January.

A bill to relax laws governing conventional oil and gas drillers is heading to the governor’s desk.

Lawmakers passed the legislation this week, after it sat in the Senate for months.

The bill, sponsored by Senate President Pro Tempore Joe Scarnati (R-Jefferson), would set less rigorous environmental standards for conventional drillers than the ones for unconventional operators.

Conventional operators drill vertical wells that are shallower compared to unconventional operators, which use horizontal drilling and hydraulic fracturing to reach deeper deposits of oil and natural gas in rock formations like Pennsylvania’s Marcellus shale.

This bill is an attempt to fulfill that agreement.

But Gov. Tom Wolf’s office has previously said he would veto the bill, as it “poses an undeniable risk to the health and safety of our citizens, the environment, and our public resources.”

The bill passed the House in May 109-93. It was amended in January to lower the reporting requirement for spills from five to two barrels of oil and from 15 to five barrels of brine, or wastewater. Spills under those amounts would not need to be reported to the state unless they endanger people downstream or could result in pollution or property damage.

The amendment also removed a section that would have allowed drillers to use wastewater to suppress dust on roads.

A 2018 Penn State study found that drilling wastewaters have salt, radioactivity, and other contaminant concentrations often many times above drinking water standards. It also found metals from the wastewater leach from roads when it rains, likely reaching ground and surface water.

Republican lawmakers said the amendment was offered as a compromise to Democrats, to gain support for the bill and help conventional drillers.

In the Senate Tuesday, backers argued the bill appropriately scales standards for conventional drillers, which have been operating in the state for 160 years.

Sen. Scott Hutchinson (R-Venango) described conventional drillers as “mom and pop” operations who got caught up in laws meant to govern “the big guys” in the Marcellus Shale.

“We are talking about making the law fit the size of the business,” he said.

“This bill would allow corporations to spill more than a bathtub’s worth of oil without any regulatory oversight. This is simply unacceptable,” said Sen. Katie Muth (D-Montgomery).

In a letter to the General Assembly in May, 35 environmental groups said they appreciated the changes offered in the amendment, but they still opposed the bill because of health and environmental risks.

The groups said the bill limits measures operators must take to ensure they clean up and plug unused wells, which could saddle taxpayers with a new generation of remediation costs. They also expressed concerns the bill eliminates responsibility for drillers to provide adequate replacement water when operations have affected a landowner’s water supply.

Jacquelyn Bonomo, president of PennFuture, said the bill “loosens environmental regulations currently governing the conventional oil and gas industry at a time when we need more stringent rules to protect public health” because of the COVID-19 crisis. She’s calling on Wolf to veto the bill.

DEP Secretary Patrick McDonnell sent a letter to lawmakers urging a no vote in January. He acknowledged conventional drillers have gotten less competitive since unconventional drilling took off, but he said the government “cannot allow corners to be cut that could contribute to a legacy of environmental degradation.”

He added the bill “runs afoul” of the state constitution, which guarantees clean air and water and the preservation of natural resources for all citizens.