How energy and environment will change under Biden

(Washington) — President-elect Joe Biden says he will make climate change a priority on day one of his administration, planning to write a letter to the United Nations recommitting the country to the Paris Agreement and urging nations to bolster their pledges to cut greenhouse gas emissions. President Donald Trump withdrew the U.S. from the landmark treaty, which became official the day after Election Day.

“I think that this is very good news,” she told WHYY. “This could facilitate and accelerate climate action in a very fair way.”

Ribera says having the U.S. back in the agreement could jump-start global action on cutting carbon emissions by reconstructing alliances between the traditional big powers like the European Union, Canada, and Australia, and emerging powers like India, China, and Brazil.

“The commitment of the United States to this agenda is also very positive in terms of values,” said Ribera. “I think the American spirit to work to defend, to invest, to make partnerships with people who are suffering is also important.”

Some of the poorest nations have suffered disproportionately from the impacts of a warming planet despite contributing the least amount of carbon to the atmosphere.

The Paris Agreement committed nations to reduce their greenhouse gas emissions with the goal of keeping global warming below 2 degrees Celsius from pre-industrial levels. Climate scientists say time is running out, with only a decade left to get emissions under control. Biden’s climate plan seeks to reach net-zero carbon emissions in the U.S. by 2050.

Byrne has worked with the U.N.’s Intergovernmental Panel on Climate Change for decades, helping to craft climate treaties including the 2015 Paris Agreement.

He says the U.S. has been on the sidelines of clean energy manufacturing since George W. Bush exited the Kyoto Protocol in 1997, and that’s been exacerbated over the last four years.

“But I think we can, with proper national signals and support, we can catch up,” he said. “The United States has led in the development of the most cost-effective and most productive solar electric technologies on the planet. It’s just that we lost the ability to take that, if you will, from laboratory to production. We’re not going to regain all of it, but we certainly could play a role as we move forward.”

And while issues like the coronavirus, racial justice and health care may have dominated voter’s decisions, a lot of people who voted for Biden said they want Biden to restore environmental protections.

A large amount of greenhouse gas emissions in the U.S. come from cars and trucks. A new administration could impact the kind of cars we drive in the future by restoring the Obama administration’s fuel efficiency standards.

Pennsylvania, New Jersey, and Delaware all follow California’s tailpipe emission standards, which are cleaner than those set by the federal government. But last year, Trump revoked the ability of states to set tougher limits, and environmentalists expect Biden to restore stricter tailpipe standards set by California. 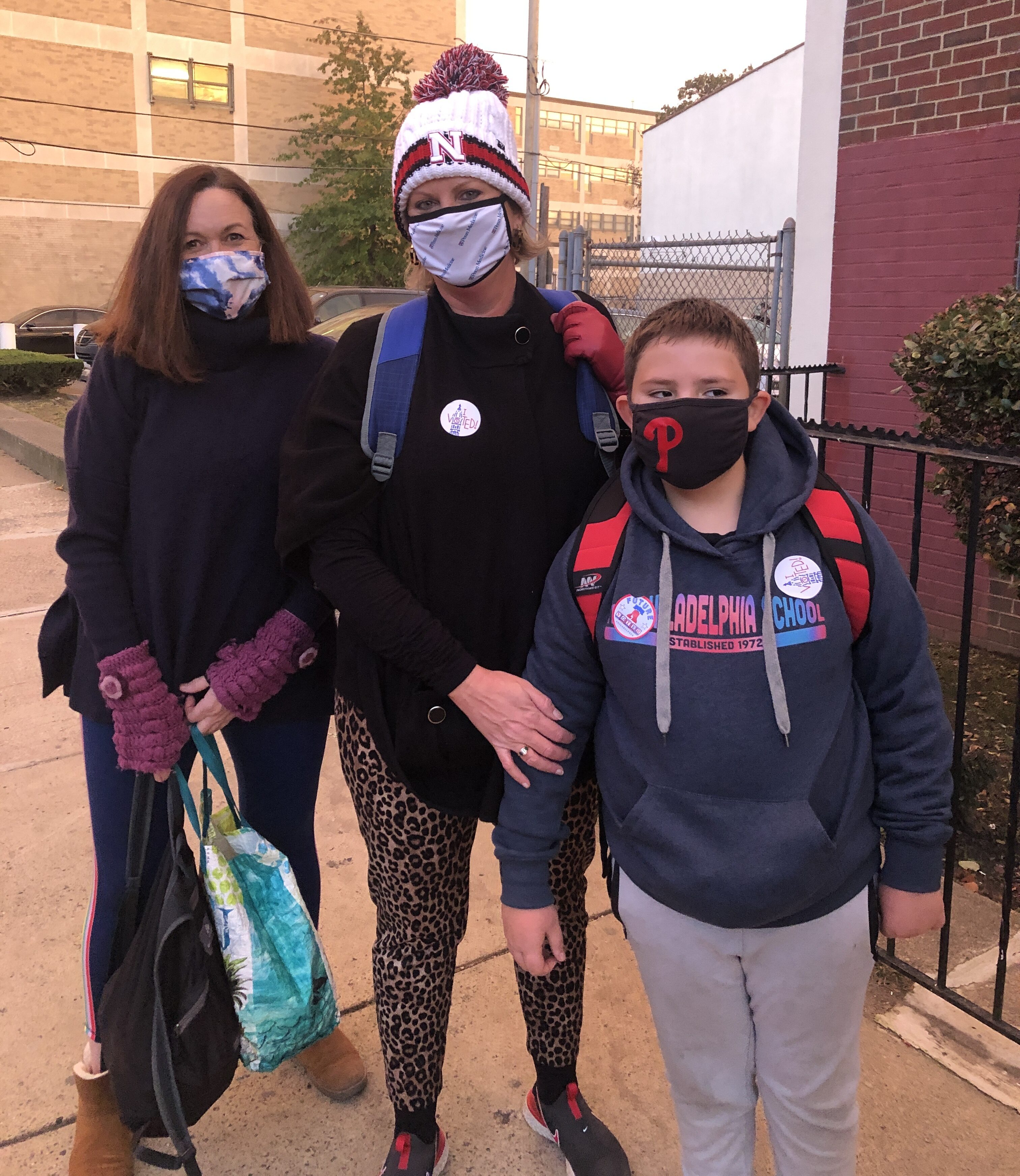 Janice Pfeiffer, Tricia Bruning and her son Carson Butler at a polling place in Brewerytown on Tuesday. All three say climate and the environment were important issues in this election. (Susan Phillips/WHYY)

Maya van Rossum with the Delaware Riverkeeper Network says she feels a sense of relief that Trump will no longer be president. But she says Biden won’t be able to set things right on day one.

“There’s a lot that a Biden administration is going to have to do to bring us back up to where we were before Donald Trump became the president,” said van Rossum.

Van Rossum says it will be difficult for Biden to implement new protections if Republicans remain in control of the Senate. She says Trump’s conservative judicial appointees could also create roadblocks long into the future.

“So much of environmental protection depends on the ability of people to go into court and get a fair hearing about the facts and the science and the impacts and the laws, because all too often, even when we have a good administration in office, government agencies get it wrong,” said van Rossum.

Many worry that Trump will implement further rollbacks through executive orders in the two-and-a-half months he will remain in office.

PennEnvironment Director David Masur says many of Trump’s regulatory rollbacks are still tied up in court, and if Biden were to reverse them, some are still subject to regulatory review.

“The hard part is, for better or for worse, it will take a lot of time and energy to undo all of the steps backwards that the Trump administration implemented over the last four years,” said Masur. “You can’t just snap your fingers and make all that go away.”

Masur says Biden can have an influence on enforcement since he’s expected to appoint qualified scientists to run agencies like the EPA.

During the campaign, Trump focused a lot on fracking, falsely accusing Biden of wanting to ban it. But Biden can only ban fracking on federal land, where he has promised to halt any new leases. Penn State Geoscience professor Terry Engelder says a Biden presidency is likely to have little impact on the oil and gas industry even if he makes good on his promise to ban new fracking on federal land.

“Most of what is [onshore] federal and potential for oil and gas development has already been leased,” said Engelder. “I mean, there’s not a lot left out there that the industry will be able to find. So that I think even a Biden presidency doesn’t affect the industry directly.”

Engelder says there could be more regulations under Biden. He has promised to restore federal limits on methane emissions from oil and gas wells. Engelder says despite Biden’s ambitious climate goals, demand for Pennsylvania’s shale gas won’t go away soon, especially since so much electricity is now generated by natural gas power plants.