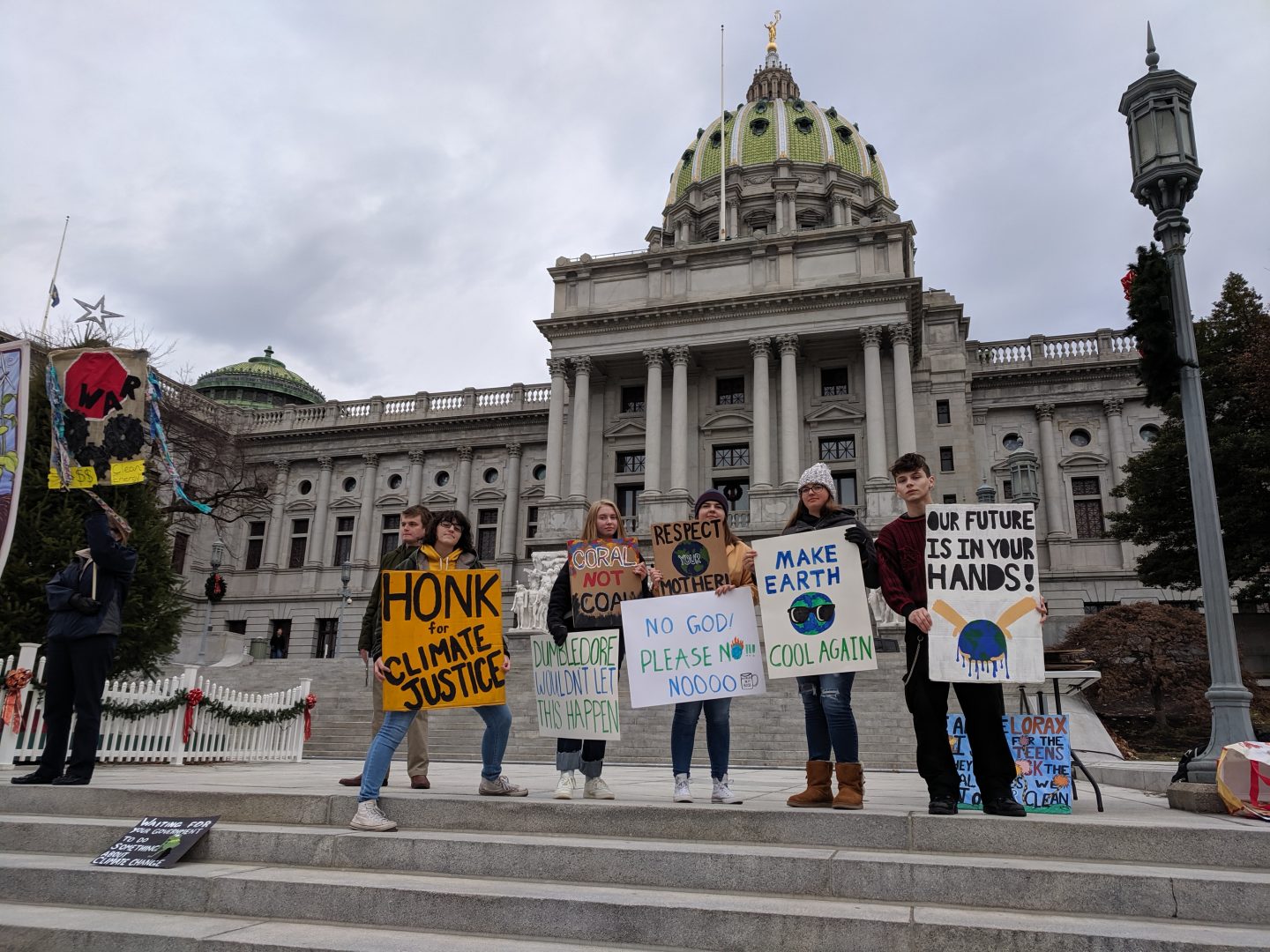 October 19, 2020 | 5:00 AM
WITF’s Elections page collects information from the latest decisions on the election process, to where & how to vote, to candidate interviews. Find that, and more, by going here.

The November election will likely have big consequences for climate policy in the United States.

It comes at a critical time. Scientists say major action is needed by 2030 to avoid the worst effects of global warming.

President Donald Trump does not have a climate policy. His administration has rolled back Obama-era climate initiatives.

Democratic presidential candidate Joe Biden is promising to put the country on a path toward a 100% clean energy economy and net-zero emissions from the U.S. no later than 2050.

Polls show about 70% of Pennsylvanians want their state lawmakers to do more to address climate change. But polls rarely carry examples of what actions people want.

The one-question survey attracted responses from more than 200 people, who asked for everything from specific policy proposals such as Pennsylvania’s entrance into the Regional Greenhouse Gas Initiative (RGGI) and the Green New Deal, to desperate pleas such as “listen to science!!!!!!!!!!!!!!!!!!!!”

Most answers focused on shifting to cleaner energy through mandates and incentives, and tighter restrictions on pollution. Others called for a ban on fracking, a single-use plastic tax or prohibition, more electric vehicles and public transportation, and job retraining for fossil fuel workers. 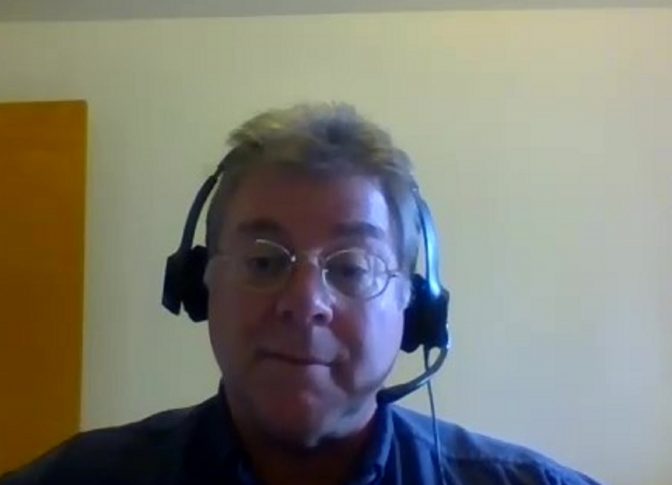 Neal Clements speaks during an interview over Zoom on Oct. 9, 2020. He said more people should look at climate change from the role of parents.

Neal Clements, an electrical engineer who lives in the Pittsburgh suburbs, said he wants to see a complete conversion from fossil fuels to renewable energy within the next five years.

He acknowledged that’s unlikely, but said, “I’d be happy just to see us keeping up with the rest of the world.”

Clements sees a future of electric cars, solar cells on homes, and better battery storage, powered by low-interest loans from the federal government as well as incentives to develop manufacturing infrastructure for alternative energy systems.

Clements has two grown children and said he worries they’re going to end up with a planet that’s unpleasant, difficult, or impossible to live on.

He wishes more people would view tackling climate change as looking out for their kids.

Leaving a livable planet for future generations was another common thread in StateImpact’s survey answers. 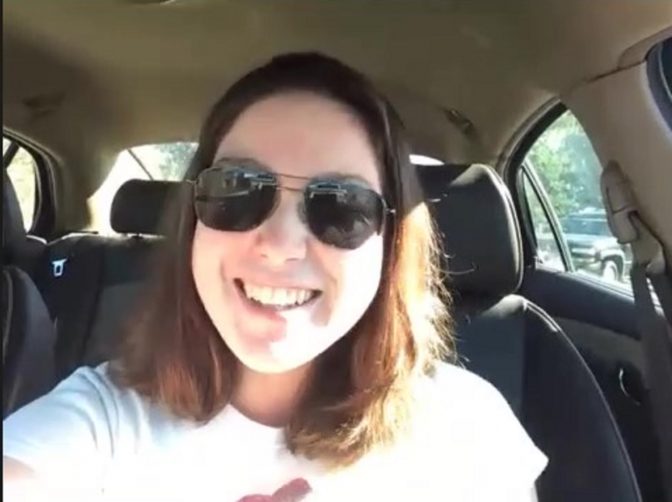 “I believe very fully in education. You can’t make changes in the world without educating people as to why they’re important and the best ways to improve,” said Caitlin Lockard of Lebanon County. She spoke to StateImpact while picking up her step-children from school on Oct. 9, 2020.

“I think I’ve always cared about climate, but I think I feel it more deeply in my bones now than before I became a mother,” said Darcie Milazzo, mom to two boys, ages 7 and 10.

She wants strong steps from state lawmakers to regulate polluters and ensure clean air and water.

The Department of Environmental Protection has fined some large polluters and recently even moved to shut down a plant with a history of environmental violations.

Yet in natural gas-rich Pennsylvania, critics say the Wolf Administration has been too slow to regulate the potent greenhouse gas methane. This summer, the legislature passed and the governor signed a tax incentive for manufacturers to use natural gas until 2050. Pennsylvania’s renewable energy standards lag behind neighboring states.

Republicans who control the legislature are fighting the governor’s effort to join RGGI, a 10-state effort to curb emissions from power plants. They argue jobs, not the environment, should come first. 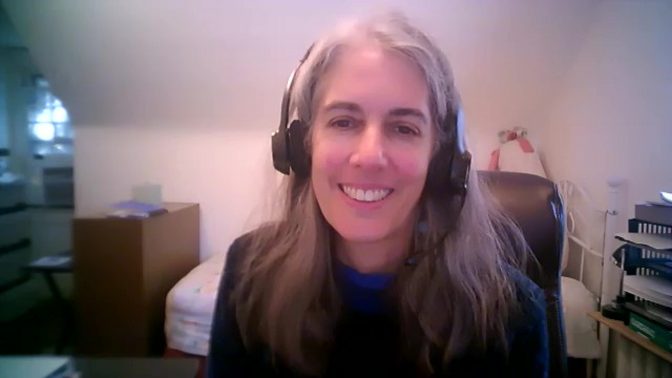 “I want elected officials to keep the urgency front and center when they consider any branch of policy, really,” said Shobhi Kanal of Montgomery County. She’s seen here during a Zoom interview Oct. 8, 2020.

Milazzo, who runs a leadership development and coaching firm from her home in Allegheny County, said she sees the environment as linked to people’s physical health and the health of the economy.

“You can’t create a thriving economy in 2020 if you are not also caring for the environment,” she said.

She’d like the state to set up “green empowerment zones” to encourage new businesses, and to retrain coal and gas workers.

She doesn’t expect the country to end reliance on fossil fuels all at once, but said we can diversify now to prepare for when they aren’t available.

“I think I’ve always cared about climate, but I think I feel it more deeply in my bones now than before I became a mother.”

Jacob Griffith-Rosenberger, who recently graduated from the University of Pittsburgh with a masters degree in library and information science, supports the Green New Deal framework, which aims for a jobs guarantee in clean energy industries. He said there seems to be a lot of scaremongering that a shift to clean energy means jobs losses.

“A solution to that kind of scaremongering is saying, ‘OK sure, we’re going to lose jobs associated with coal and fracking and natural gas, but we’re going to gain all of these jobs working on renewable energy,’” he said.

Luquette said a shift in the economy could be tough for some people, but argued the United States has seen several similar shifts throughout its history. Industries grow and change, people move and adapt.

About a quarter of people who answered StateImpact’s survey want some type of carbon policy while we continue to burn fossil fuels.

“I think a lot of the blame has been shifted to the individual with climate change, but I don’t personally release thousands of tons of CO2 a year,” he said. “That would be big companies.”

At 23, Schanes is the youngest person who spoke to StateImpact for this story. He described his worries about climate change as “kind of an existential dread.” 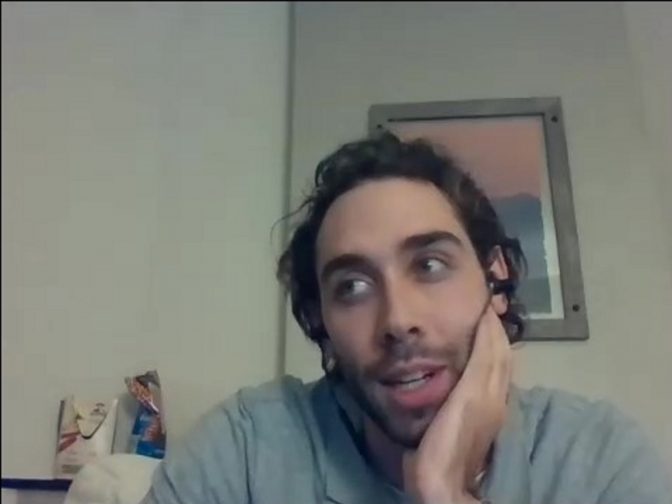 Stephen Schanes speaks over Zoom on Oct. 12, 2020. He noted companies, not individuals, are the biggest carbon dioxide emitters, and climate policy should recognize that.

The people in our survey are a self-selected group. They’re already engaged with the issue.

But what they’re asking for is backed up by polling and modeling done at the Yale Program on Climate Change Communication within the Yale School of the Environment. 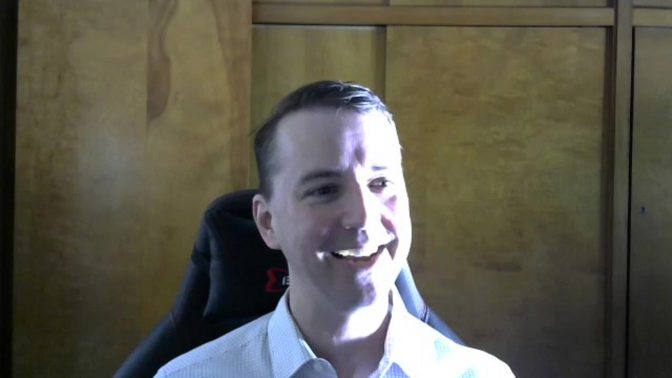 “The biggest disappointment is the anti-science. It’s almost like a rebellion, like we don’t want to believe in it, we’re just going to watch the world burn,” said Brian Ziemba of Allegheny County. He’s seen here during an interview on Oct. 6, 2020.

However, only about a third of people, both in Pennsylvania and nationally, say they discuss climate change at least occasionally.

Yale research scientist Jennifer Marlon said that disconnect between policy support and conversation could be due to a few reasons: a lack of attention from national leaders and the media, the abstract and far-off nature of the problem, and a feeling of helplessness to address it.

“Also, I think many people are afraid to talk about it because they think it’s going to lead to conflict. They don’t understand how much people like them are actually worried about it and interested in learning more,” Marlon said.

Soon, voters will decide whether U.S. policy for the next four years will continue under the fossil fuel- friendly Trump Administration, or if a President Biden can deliver on his promise to transition to a clean energy economy.

Rachel asked audience members to weigh in on what climate actions they want from their lawmakers to go beyond polling data and better understand what people think about when they think about climate change.

Q: What did the people you talked to say about the experience of being interviewed for public radio?

Some people were hesitant at the beginning of our interviews, but most warmed up enough to share their unedited feelings about climate change and what lawmakers are doing (or aren’t doing) about it. Many were interested in why I wanted to talk to them in the first place. A lot of people thanked me for doing the work I do.

Q: What surprised you about this type of community engagement?

We got more than 200 responses to our survey. I was thinking to get 50 would be really lucky! It always surprises me what people will tell you if you just ask.

Q: What lessons do you have for others who want to do the same?

Ask open-ended questions. It was important for me to hear what people want, not how they feel about a particular candidate’s platform.