A community garden in York as it looked shortly after it was created in September 2019. The garden, on Atlantic Avenue near Lincoln Park in the city, is intended to benefit both nature and the surrounding neighborhood. 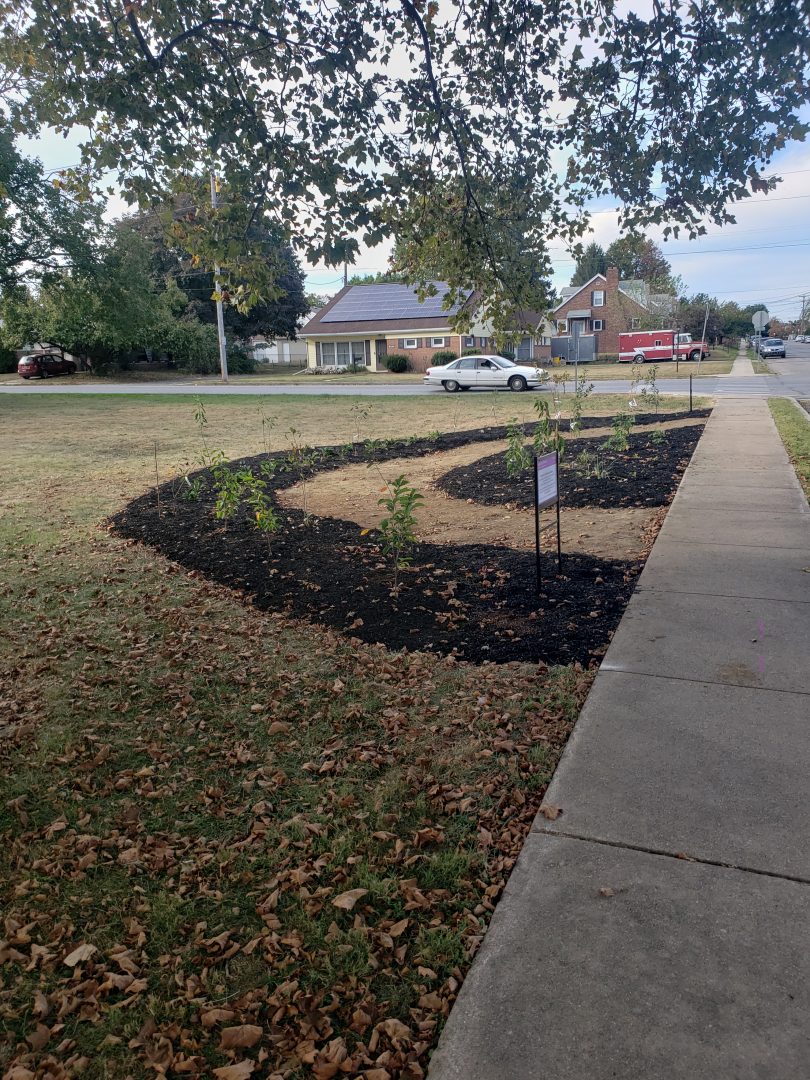 A community garden in York as it looked shortly after it was created in September 2019. The garden, on Atlantic Avenue near Lincoln Park in the city, is intended to benefit both nature and the surrounding neighborhood.

Lettice Brown partnered with the Audubon Society’s Pennsylvania chapter to plant a garden at the corner of Atlantic Avenue and Parkway Boulevard in York. It’s designed to benefit birds, pollinators, and, ideally, the people who live nearby — like a woman who took a detour through the garden one day.

“She actually took the path through because she wanted to see everything that was there,” Brown said, sitting next to the garden on a recent July day. “And she was just so amazed that she came down to ask questions and learn about the garden.

“That’s exactly what we want lots of people to come out and learn about these things that they can take to their own homes.”

The garden is an example of how nature organizations are trying to reach out to Black and Latino communities. The need for deeper racial justice work was highlighted for many traditionally White organizations this summer when a white woman named Amy Cooper used racist threats to harass a Black man named Christian Cooper while he was birding in Central Park. Many environmental organizations responded with statements promising to work on better supporting Black nature enthusiasts.

Greg Goldman, the executive director of Audubon Pennsylvania, published a statement in June naming outreach efforts — like the garden Brown helped create — as evidence of their commitment to “ensuring a safe natural environment for everyone.”

The statement came at the height of Black Lives Matter protests that drew attention to institutional racism well beyond police departments.

“Producing a statement and posting it on a website, that’s a good first baby step,” said Dr. Robert Bullard, a sociologist and co-chair of the National Black Environmental Justice Network. He said he’s looking for a deeper commitment from nature organizations — “what they do and how they spend their money and, and the kinds of people that they will bring into their midst to do justice.”

Bullard said that major nature organizations need to acknowledge that “the environment” should mean more than just untouched wilderness. In addition to the natural world, he said, it’s where people live, work, play, worship and learn.

Bullard has been a key figure in the environmental justice movement since it began in the 1990s. He said he and other Black environmental advocates have asked nature organizations to work with them since the beginning.

But they say, “We don’t work on social issues,” he said. “And our response was, ‘Breathing is not social.’”

Bullard was referring to environmental issues that have existed for decades.

Damien Ruffner, an Audubon employee, said that they have a lot of work to do — and they’re starting to do it. Ruffner manages the Discovery Center in Philadelphia, and their top priority is supporting the people that live in their neighborhood.

So, he said, they respond to what people in a neighborhood say they want or need.

“(We can) say, we have an open space here, what do you need? They might say, oh, we would like to know a little bit more about environmental jobs,” Ruffner said. “Well, we can set up an environmental job program.”

Many Black scientists are sharing their work in the environment independently of large nature organizations. Dr. Tanisha Williams is a post-doctoral researcher at Bucknell University. She helped to run a July Twitter campaign, #BlackBotanistsWeek.

I am still pinching myself!

The REU #research projects going on at the @MortonArboretum are just phenomenal! I heard about the wild harvested plant trade to sap flow variation to LiDar methods to traits and fine root systems!! #Trees #Botany #BlackBotanistsWeek #iamabotanist pic.twitter.com/9QB9gXjXi0

Williams said communities of color and of lower income will be affected by climate change.

“And having this highlight on doing research on plants and being active in your community can connect climate change and also botany,” she said.

She said getting people excited about nature can help inspire and connect those who want to, as she says, save the only planet we have.

“We do have our national parks and different conservation areas, which are great, and we need to make sure we hold on to those those parcels of land,” she said. “But I’m hoping that more of the public will want to get back into nature, want to appreciate nature more.”

Lettice Brown gets that. As she sits in the park in York, listening to cardinals and cicadas, she points out that everyone deserves to be able to enjoy nature. Sometimes, she said, just being outside is important for managing the stress of racism.

“So you’re not always in the midst of the news, in the midst of everything that’s going on around you,” she said. “So I think nature is like the perfect place to kind of decompress.”

Report: Clean energy jobs among fastest-growing in state from 2017-2019