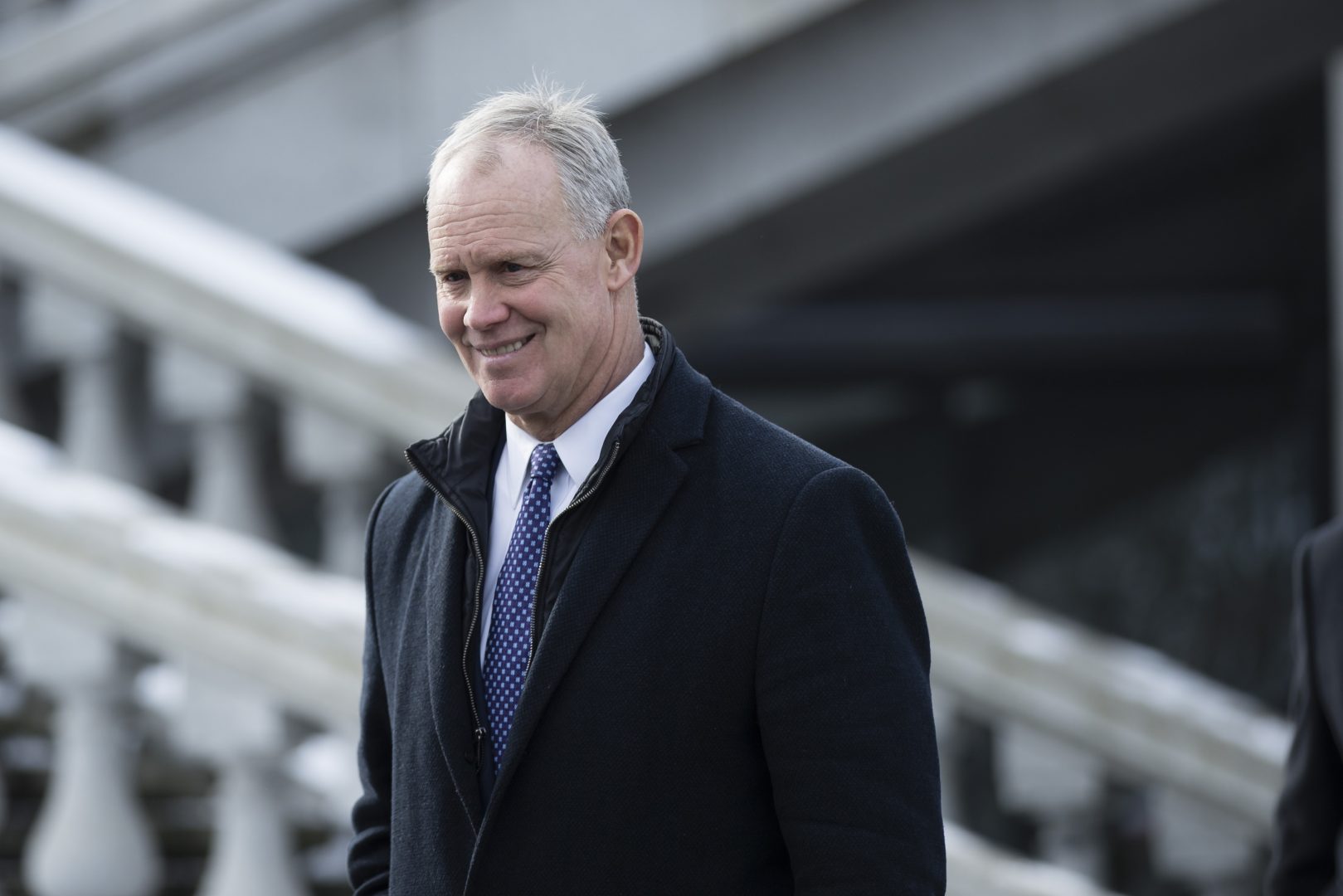 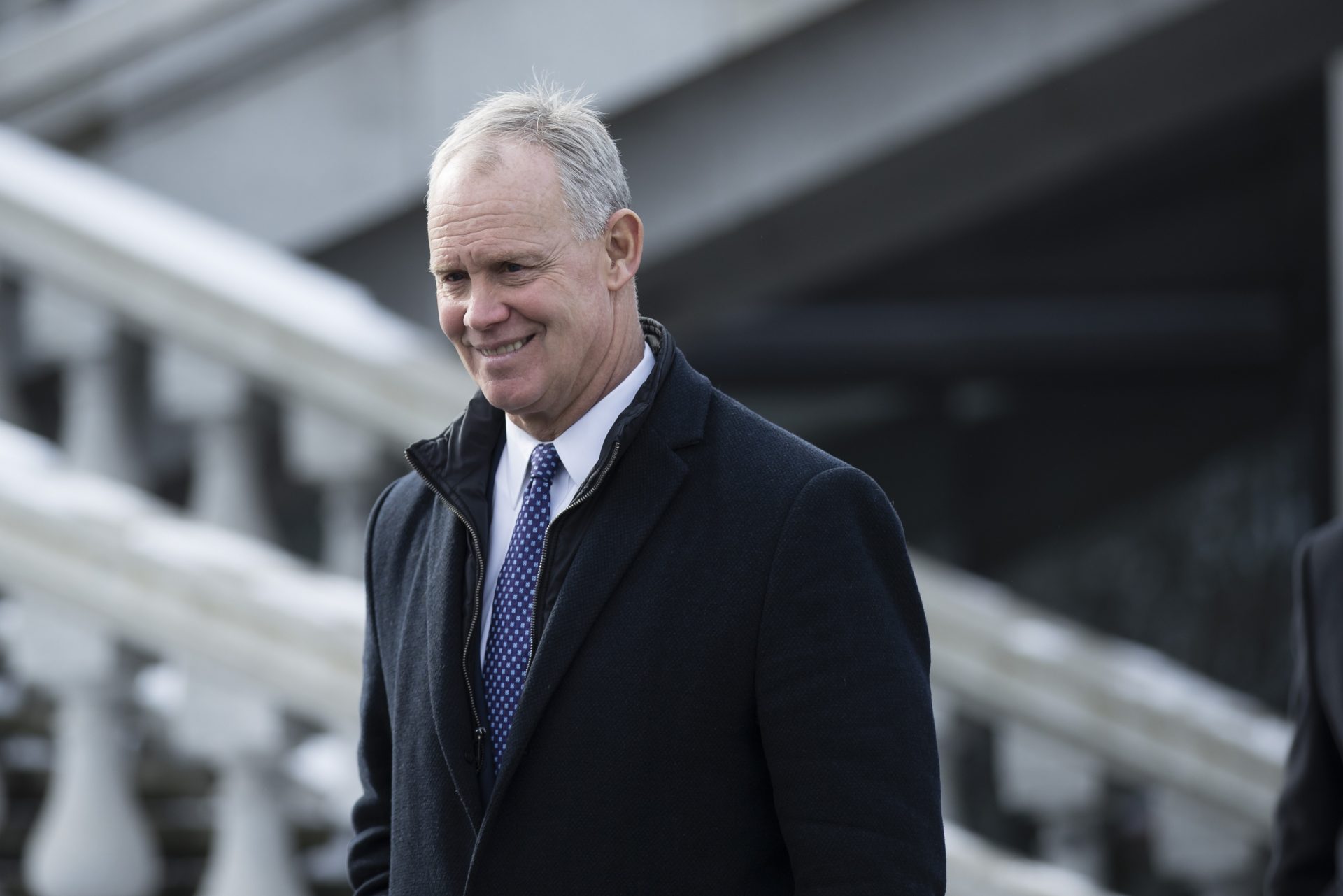 In an ethics disclosure, Turzai said he gave a scheduled speech to the Shale Insight Conference in Pittsburgh at 9 a.m. on Oct. 23, but had to make it back to Harrisburg, a four-hour drive, to gavel in the state House at 11 a.m.

There were no commercial flights in that time frame, the disclosure said. “Thus so, he had to secure a private flight.”

The disclosure said the price for the flight, $10,988.44, was higher than normal because President Donald Trump traveled to Pittsburgh that day to speak at the same shale industry conference. The price was “a result of the security and other logistical concerns related to the arrival of the President that day.”

Stephen Frobouck, who paid for the flight, said he made the offer while talking to Turzai’s staff about having the Speaker visit a liquid fuels facility Frobouck is planning to build in Westmoreland County.

Frobouck co-founded Reserved Environmental Services, which operates a fracking wastewater treatment plant at the site in New Stanton, Pa., and is president and CEO of another gas-related venture, American GTL, which hopes to create liquid fuel from Marcellus shale gas at the site.

“He had to get back to Harrisburg. I said we’ll get you in there, we can get you a flight,” Frobouck said. “It was a last-minute thing on the flight.”

Turzai visited the New Stanton site, about 50 miles from his district, on Dec. 11. His spokesman Stephen Miskin said it was “a typical energy-related industry visit for the Speaker.”

Asked if the visit was made in exchange for the flight six weeks earlier, Miskin said, “No. It was never discussed.”

In an email, Miskin said Turzai, who is retiring at the end of the year, “went beyond the legal requirements by providing complete information” about the flight in his disclosure statement. “The flight’s purpose was to allow him to provide opening remarks for a policy event at which the President of the United States was later speaking.”

Frobouck said he wanted Turzai to see his plant and to educate him on a type of technology he’d like to use to separate out carbon dioxide at a yet-to-be-built gas-to-liquids plant. Frobouck, who has given widely to Democratic campaigns, wasn’t there for the visit, but had two of his associates lead the tour.

“The reason I had Turzai up there, was, y’know, he’s the Republican, I’m the Democrat. Here’s clean, green energy…here’s how we capture all the CO2, how we separate it, (how) we’re turning pollution into gold.”

State records show that Fasulo was named in some incorporation records for American GTL. Miskin said Turzai has never done any legal work for Frobouck.

In Pennsylvania, legislators are allowed to have outside jobs. Turzai, whose House salary is $141,019 according to the watchdog site PennWATCH, has listed income from Houston Harbaugh in his disclosure records for several years.

Turzai, a Pittsburgh-area Republican, has promoted Energize PA, a slate of bills designed to help the fracking industry by relaxing permitting rules and creating tax breaks for the petrochemical industry.

Frobouck said he used the Western Pa.-based Corporate Air for the flight, and that the flight was more expensive than usual.

A man who identified himself as director of sales and marketing at Corporate Air, but did not want to give his name, declined to comment.

Turzai was invited to speak at the gas industry conference because he “recognizes the opportunity for Pennsylvania’s abundant natural gas resources to grow our economy, boost manufacturing, and create good-paying jobs,” said Marcellus Shale Coalition president Dave Spigelmyer, in a statement. “As one of Pennsylvania’s top elected officials, we invited Speaker Turzai – as well as a bipartisan set of elected leaders – in his official government capacity and were honored to have him open the conference with remarks on key policy priorities.”

Pennsylvania has been the firewall on holding off bad policy that could keep us from energy independence, @RepTurzai tells #ShaleInsight2019 pic.twitter.com/QPzrMhuXdv

He was not paid for his appearance, the group said.

“What I want is to have qualified people in office to help the people, and who aren’t robber barons,” said Frobouck, 78.

Legislators can request use of the state plane, but Miskin said Turzai’s office would have to pay for fuel, pilots and usage of the plane.

“The flight was a mode of transportation the Speaker sought out for logistical purposes, and to avoid any use of taxpayer resources to accommodate stricter than usual security measures related to the president’s visit,” Miskin said.

Turzai is not alone among Pennsylvania legislators in receiving travel gifts. Last year, the AP reported that legislators disclosed $83,000 in travel gifts under their 2018 ethics filings. Some of these included an $11,000 trip to Israel for a Philadelphia-area Democratic Whip Jordan Harris, and $1,000 to Pittsburgh-area state Rep. Austin Davis for his swearing-in reception paid by a prominent Pittsburgh law firm.

The gifts are often paid by groups promoting a particular ideology, and often involve travel to conferences, such as those organized by the conservative American Legislative Exchange Council, or ALEC, or the progressive State Innovation Exchange, which paid $1,432 in travel expenses for House Democratic Leader Frank Dermody, according to his 2019 ethics filing.

For a long time, good government advocates have criticized the practice of gift-giving to elected officials in Pennsylvania.

Rabbi Michael Pollack, Executive Director of the March on Harrisburg, a non-partisan group that advocates for a “gift ban,” criticized the flight, because Frobouck’s companies could benefit from favorable laws Turzai helps negotiate.

“This is just one more legal gift in a system of legalized corruption, of legalized bribery,” said Pollack. “I think that if you give a politician something of value and you have some business before the state, then that’s a bribe.”

Frobouck was adamant that wasn’t the case. He said he only wanted to educate Turzai about the technology he is trying to deploy, and is not looking for any tax breaks from the state.

“Everybody’s always looking for subsidies, and tax credits, and I’m against that, 50 million percent,” Frobouck said. “When I do things, I don’t want anything back in return.”

A “gift ban” bill Turzai co-sponsored passed out of committee in November and has since sat on the House floor. The bill would put more restrictions on gifts, but would not ban travel gifts like the flight Turzai accepted.

Pollack said the gifts were part of “a culture of corruption in Harrisburg” where lobbyists can “monopolize” legislators’ time through gifts such as football tickets and meals.

“When they monopolize their time, average people, the concerns of regular people just don’t make it into the building,” Pollack said.

CORRECTION: The original version of this story misreported the progress of HB 1945; it is out of committee but has yet to be taken up by the full House.