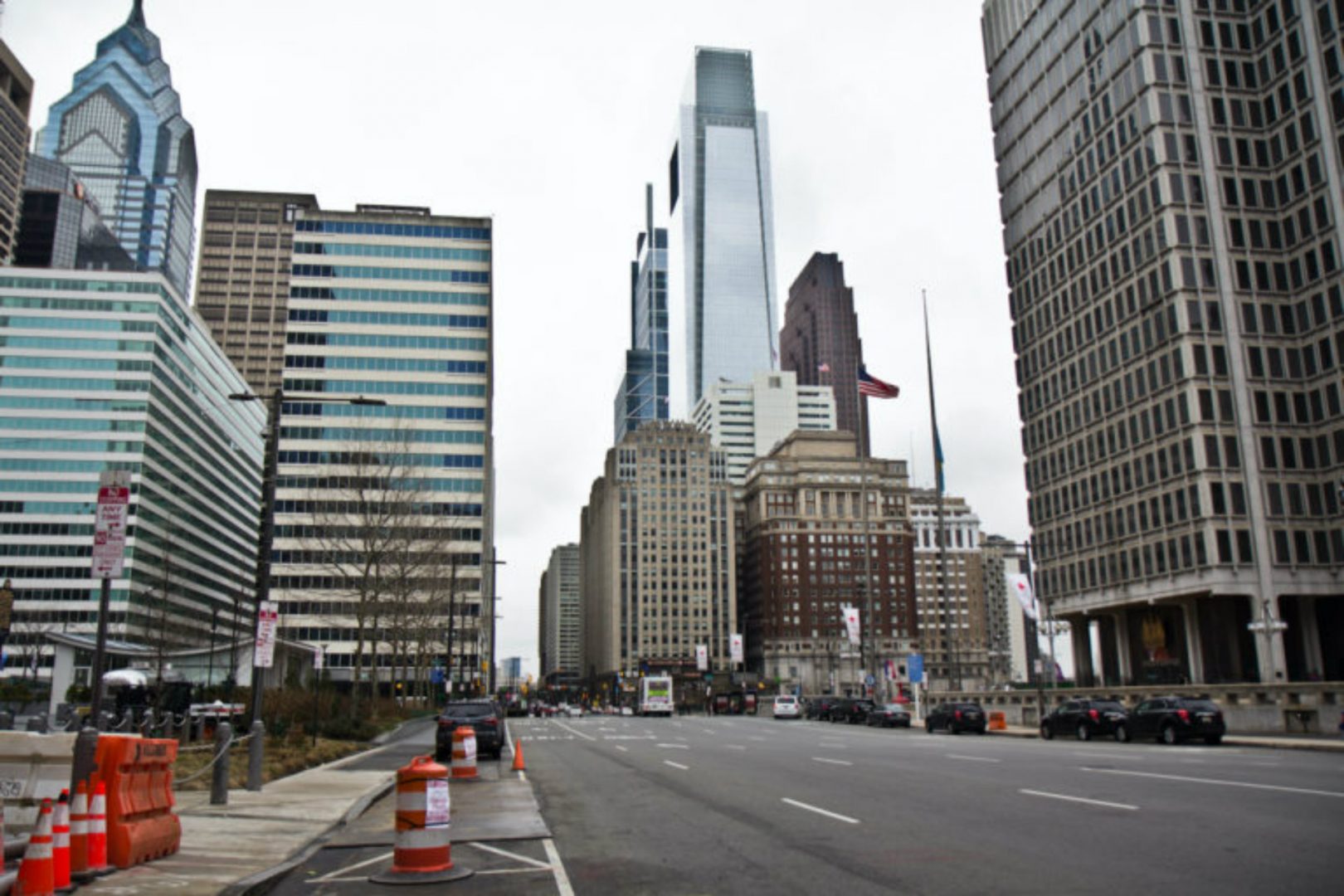 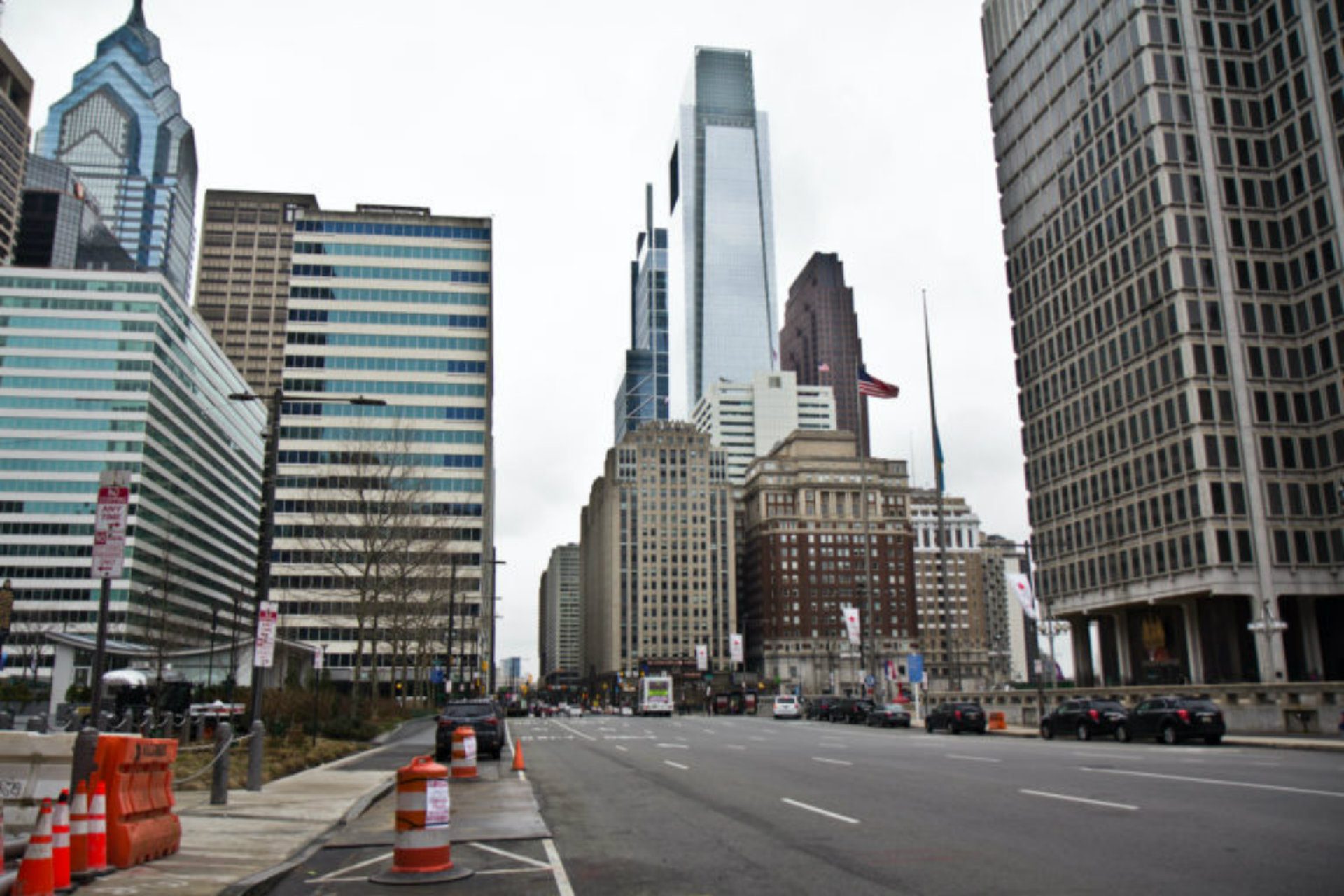 Air pollution in Philadelphia right now is at one of its lowest levels.

“Is it the cleanest we’ve ever had? The data isn’t showing that yet. But is it cleaner than it would have been otherwise? I think that’s something that we can say,” said Peter DeCarlo, an air-quality expert and former Drexel professor now with Johns Hopkins University.

Air-quality experts believe that there might be one upside to the region’s partial shutdown to stop the spread of the virus that causes COVID-19: cleaner air.

Government officials have been recommending that people stay at home since Tuesday, after both city and state officials ordered all nonessential businesses, including government operations, to close starting Monday evening.

“I would expect our air pollution levels will probably go down because the number of vehicles in the streets are less, and we know that vehicles are our biggest source of air pollution,” said city Health Commissioner Thomas Farley.

With dramatic reductions in people driving to work and buses transporting children to school like the ones we are seeing this week, levels of nitrogen dioxide — the noxious gas emitted from burning fossil fuels — go down. The gas worsens coughs, reduces lung function, and increases asthma attacks, according to the American Lung Association.

DeCarlo said it’s too early to measure significant reductions in Philadelphia, adding that meteorological factors such as wind, air pressure, and rain have a big impact on air pollution. But after comparing levels of particulate matter for March starting in 2014, he said this year’s pollution is at the lower end.

In China, as a result of people working from home, a drastic reduction in flights, and industries working at lower capacities due to the virus, air pollution dropped by roughly a quarter in February, with levels of NO2 decreasing about 30%, according to NASA. Satellite images showed a similar situation in northern Italy after the government introduced severe measures to stop the coronavirus spread.

DeCarlo expects something similar to happen in Philadelphia, especially if the city goes into a total lockdown.

“I think this is an opportunity for people to go outside and breathe a little cleaner air and walk or bike more frequently,” he said. “While they might not be aware of it, I think they’re bodies might actually be aware of it.”

Marilyn Howarth, director of community outreach and engagement at the University of Pennsylvania’s Center of Excellence in Environmental Toxicology, said the decrease in pollution has an effect on people’s health, even if it’s for only two weeks.

“It’s significant for reducing asthma exacerbation and heart disease and heart attacks. And it will probably have positive impacts on babies, pregnant women, and other vulnerable populations,” Howarth said.

And because dirty air worsens the health conditions of those more affected by the coronavirus, experts have linked air pollution to a higher COVID-19 death rate.

Ezra Wood, a professor of atmospheric chemistry and air pollution at Drexel University, said although there is a connection between air pollution and the virus, it’s too soon to say how much the current situation is going to help.

“It’s hard to say. It depends on how much air pollution comes down,” Wood said.

Robert Routh, a staff attorney with the Clean Air Council, regularly fights to implement policies to reduce emissions and the negative effects of climate change.

“The coronavirus is obviously not a good thing, and this catastrophe is not the way any reasonable person would plan on having the world lower its carbon footprint,” he said. “But if anything, it should demonstrate that climate change is driven by human activity and our actions and behaviors, on a wide scale, affect emissions.”

Routh said if people take this opportunity to reflect and end up adopting new habits, the temporary beneficial side effects of this crisis could become long-term.