Shell's ethane cracker plant, under construction in June 2019, is seen from the Ohio River. 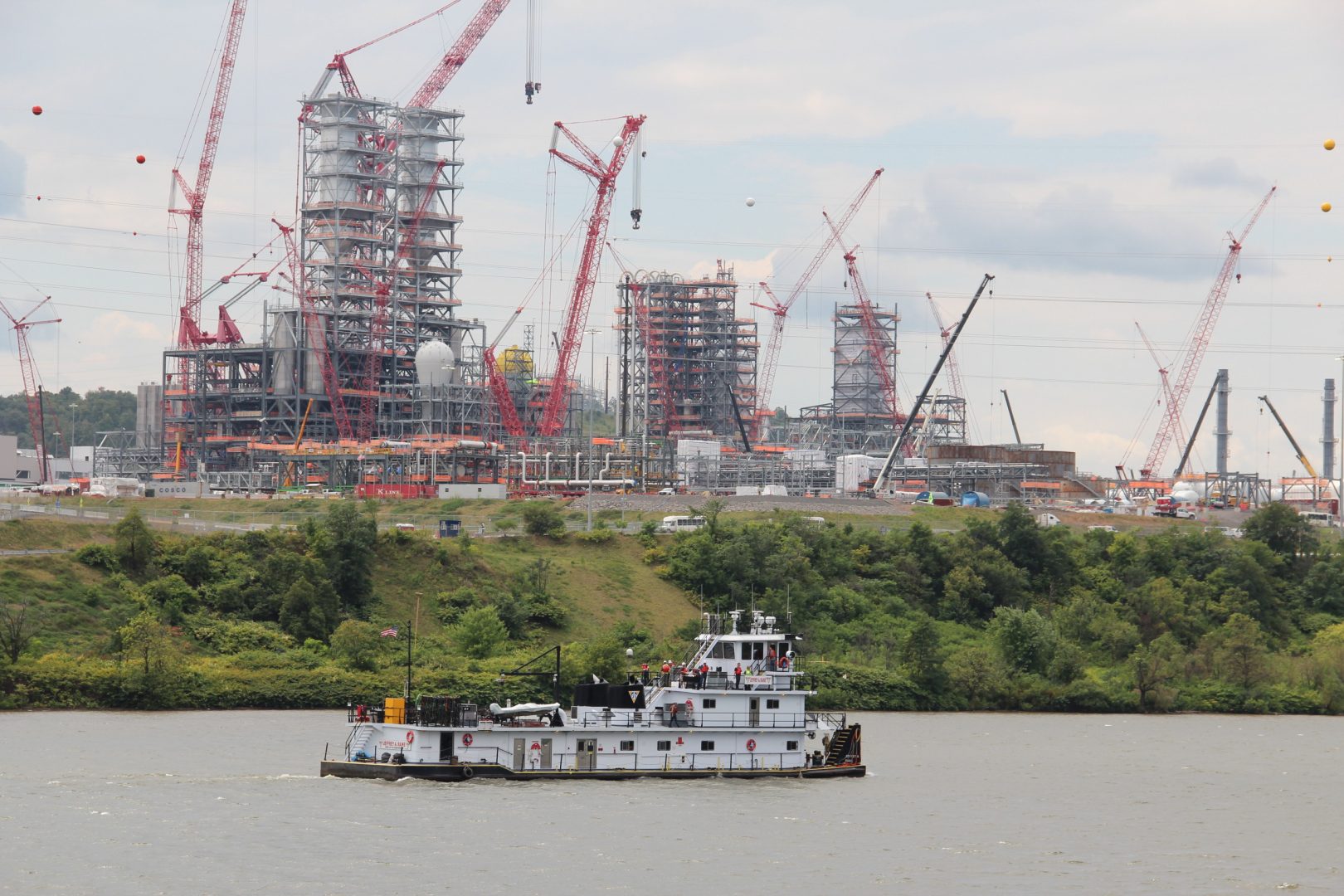 Shell's ethane cracker plant, under construction in June 2019, is seen from the Ohio River.

March 18, 2020 | 4:19 PM
Updated: March 18, 2020 | 5:30 pm
WITF’s coronavirus coverage is designed is to equip you with the information you need. Rather than chase every update, WITF will try to keep things in context and focus on helping you make decisions. See all coverage here.

What you should know
» Coronavirus facts & FAQ
» Map: Confirmed cases in the U.S. and around the world
» How to prepare your home for coronavirus

Shell said Wednesday it will temporarily suspend construction of its ethane cracker in Beaver County to prevent the spread of the novel coronavirus.

Local elected officials had called on the company earlier in the day to voluntarily close the site, where about 8,000 people are working. Officials said they’d received hundreds of complaints from workers at the site about unsanitary and crowded conditions. Beaver County has two reported cases of coronavirus.

Hilary Mercer, vice president of Shell Pennsylvania Chemicals, said in a news release that the shutdown is to allow the company to “install additional mitigation measures” that align with guidance from the Centers for Disease Control and Prevention to limit the spread of COVID-19.

Once that’s done, Mercer said, “we will consider a phased ramp-up that allows for the continuation of safe, responsible construction jobs.” The news release did not say how long the shutdown could last.

On Tuesday, the company talked publicly about actions it was taking to mitigate the coronavirus spread, even as some workers said they were concerned about close contact with others at the site.

“The decision to pause was not made lightly,” Mercer said in the news release. “But we feel strongly the temporary suspension of construction activities is in the best long-term interest of our workforce, nearby townships and the Commonwealth of Pennsylvania.”

Shell spokesman Curtis Smith said it would take “not long” for the company to wind down construction activities, though he said there was no timeline.

He said the majority of workers are unionized. The company will notify state officials that the workers have been furloughed because of COVID-19, and thus they will be eligible for unemployment compensation.

Over the past several days, workers had flooded the inboxes and phone lines of elected officials in Beaver County, and had spoken to news organizations about crowded conditions on shuttle buses and in lunch tents, where hundreds of workers take meals and go to “all-hands” meetings.

Beaver County Commissioner Dan Camp, a Republican, said his office had received 300 phone calls in the past few days from people who were worried about transmission of the virus.

“I took a call last night from someone who is concerned about her 70-year-old father who’s working there,” Camp said.

Camp and several other elected officials had called on the company to voluntarily close.

“If we do have an outbreak here in Beaver County, we have about 400 hospital beds, our local hospital only has 40 total ventilators,” he said. “One little accident down at that site could really cause a lot of issues, not only in Beaver County, but in the Pittsburgh area too.”

On Monday, state health officials reported the first positive case for the coronavirus in Beaver County. As of Wednesday, there were 11 cases in neighboring Allegheny County and two in Washington County. New research from China suggests even people without symptoms can spread the virus.

On Monday afternoon, Pennsylvania Gov. Tom Wolf ordered all non-essential businesses to shut down for two weeks. That order did not apply to construction sites like Shell’s, but a release from Wolf encouraged those sites “to employ social distancing practices.”

The company had announced plans to increase social distancing and improve hygiene on the site by bringing in more buses to transport workers and staggering eating times. The White House has recommended gatherings be limited to 10 people.

But Shell’s efforts did not calm the fears of many who worked there, said State Rep. Rob Matzie, a Democrat.

“I think a lot of folks were hopeful that some of the steps that they were putting in place would be enough. But the calls and the emails (from workers to government officials)…over the last 24 hours really did not subside,” Matzie said.

Electricity usage down across the region, which helps power grid staffing