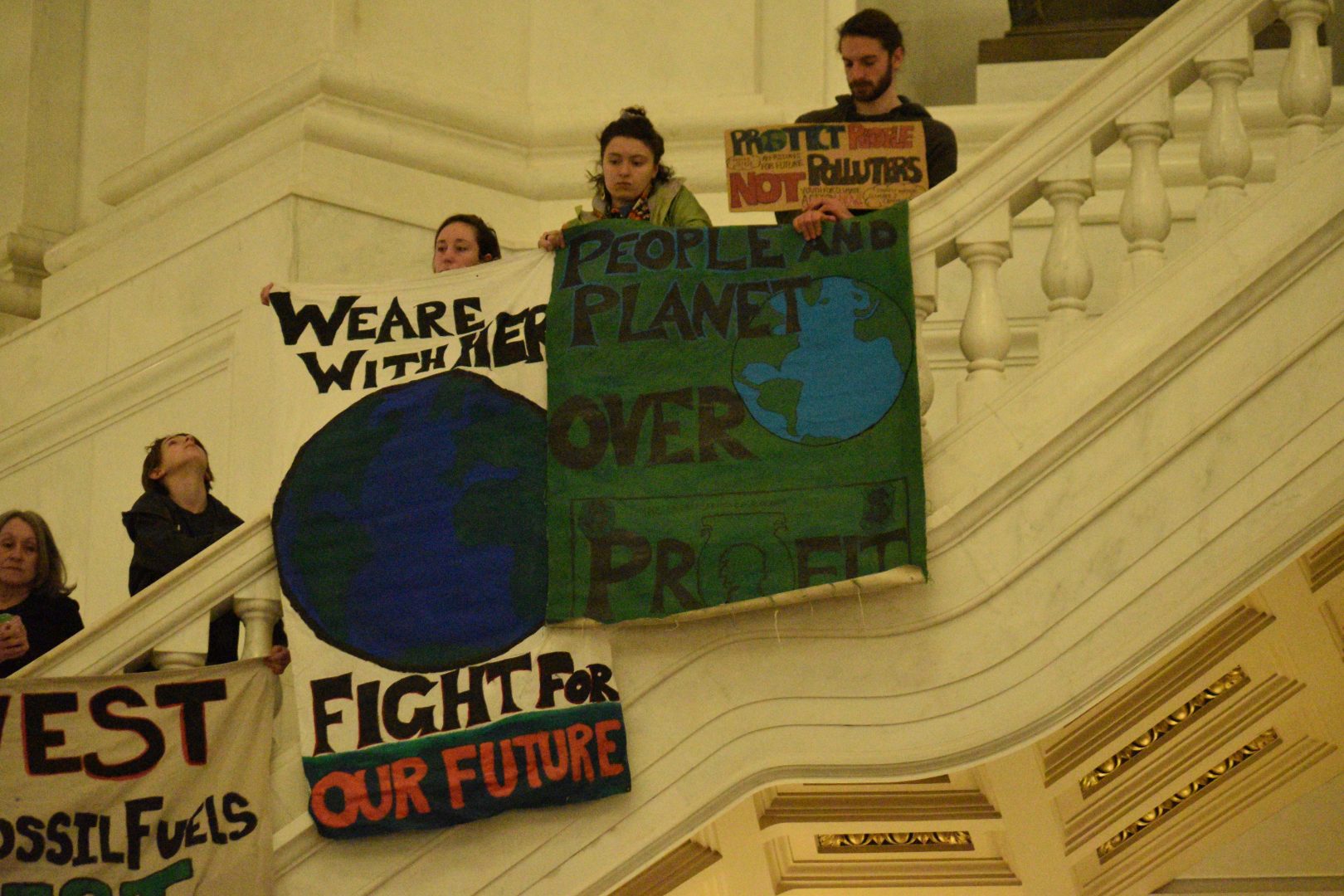 Lawmakers in Harrisburg have never overridden a veto from Democratic Gov. Tom Wolf.

State Rep. Gerald Mullery, D-Luzerne, said that could change if the governor follows through with plans to veto a bill that would offer tax breaks to companies that use Pennsylvania natural gas to produce fertilizers and other chemicals.

Mullery said northeastern Pennsylvania needs the jobs, particularly after the state decided to close down a state prison and a facility for people with intellectual disabilities.

“We’ve taken too many hits,” Mullery said during a Capitol news conference Monday, where union workers and labor leaders joined lawmakers. “And if you’re going to veto this one, I’m going to tell you right now, we are going to work like you’ve never seen us work before to gather up the votes to override that veto.”

The tax credit legislation, House Bill 1100, is expected to reach Wolf’s desk next week when lawmakers return to legislative session in Harrisburg. The issue has divided Democrats and pitted unions against environmental groups. 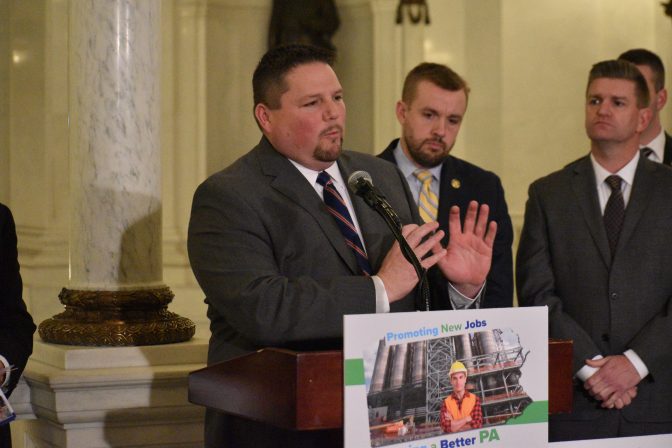 The legislation would provide tax credits to businesses that purchase and use Pennsylvania natural gas to manufacture petrochemicals or fertilizers. Companies would have to make an at least $450 million capital investment to build a plant and create at least 800 jobs to receive the tax credit.

The bill is modeled after legislation that played a role in Shell’s decision to begin construction of a multi-billion dollar petrochemical plant in Beaver County. This measure is aimed at attracting investment in north central and northeastern Pennsylvania.

The bill passed the House and Senate with veto-proof majorities on Feb. 4, but a procedural issue has kept it off the governor’s desk. The Senate’s presiding officer hasn’t signed it yet.

Wolf plans to veto the bill.

“The governor could be supportive of awarding an incentive such as this, but only after a thorough analysis of a proposed project,” said spokesperson Lyndsay Kensinger. “HB 1100 proposes 30 years of significant tax credits for a proposal that is currently unknown.”

The Department of Revenue estimates that a single plant would pay about $22 million less in taxes annually because of the tax break — making the 30-year impact for a single plant about $660 million.

On Monday, opponents and supporters of the measure gathered in the Capitol for competing demonstrations.

Opponents went first. They held signs saying, “No More Taxpayer Subsidies for Fossil Fuels!” and “Climate Change Rule #1: No Taxpayer Handouts for Corporate Polluters!” They urged Wolf to veto the bill — and they urged lawmakers to not override that veto.

“I hope that the legislators of northeastern Pennsylvania, who should have known better and yet still voted for this bill, will wake up,” said Rabbi Daniel Swartz of Scranton. “See through the fog of methane lies.”

State Rep. Sara Innamorato (D-Allegheny) said she wants her colleagues to see the negative health and environmental costs of petrochemical or fertilizer manufacturing plants. She organized a panel discussion last week on that topic.

“With my colleagues, they have to reconcile. Do they believe in making smart investments in the future, in sustainable growth of our communities and economies?” Innamorato said. “Or are they for corporate welfare?” 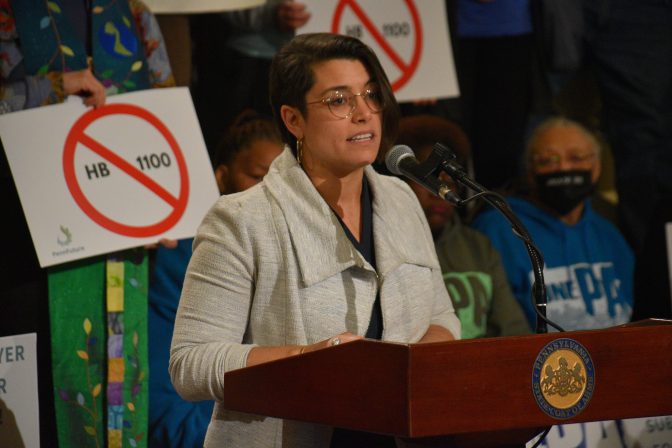 State Rep. Sara Innamorato (D-Allegheny) speaks in opposition to House Bill 1100 during a rally at the state Capitol on March 9, 2020

Supporters of the effort, including union leaders, gathered for their own rally in a higher level of the state Capitol.

State Sen. John Yudichak (I-Luzerne) said he’s heard from the leaders of two businesses who say they are interested in investing in Pennsylvania if the tax credit goes through. He disputed the criticism that the bill represents a corporate handout, and said the companies are only eligible for the tax break once the plants are up and running.

“If you’re not for jobs, you’re not for organized labor,” Yudichak said. “You’re not for the men and women that helped send the senators and representatives to this chamber. You’re with us or you’re against us.”