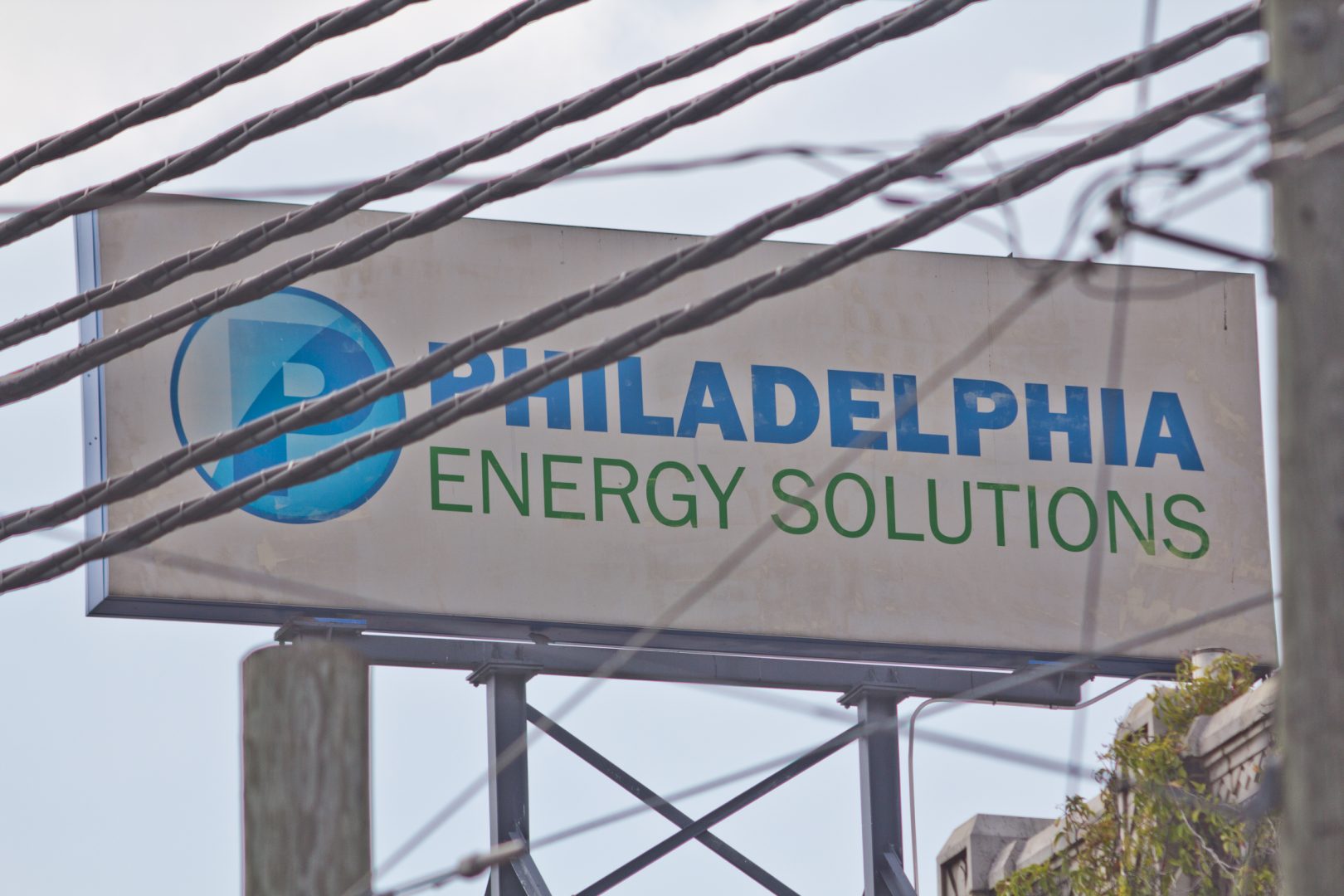 A U.S. Bankruptcy Court judge has approved the sale of the Philadelphia Energy Solutions complex in South Philadelphia to a Chicago-based developer with no plans to re-start refinery operations.

Also approved as part of PES’ Chapter 11 reorganization is a $29 million settlement with the company’s unsecured creditors that includes a $5 million severance fund for former refinery workers.

The sale to Hilco Redevelopment Partners, which received tentative approval after a heated confirmation hearing Wednesday in Wilmington, likely means the end to 150 years of oil-refining activities in the city.

PES filed for bankruptcy in July, one month after an explosion and fire destroyed parts of the 1,300-acre refinery complex. A week after the fire, the company shut down operations and laid off about 1,000 workers. The 335,000-barrel-per-day complex was the largest oil refinery on the East Coast, and the largest stationary source of air pollution in Philadelphia.

Hilco offered $252 million for the complex, according to PES lawyers, representing the highest bid and the best opportunity for creditors to recover their claims. But the offer was valid only if confirmed by the court before Feb. 13.

“I’m very much satisfied that the sale to Hilco is the highest bid and sale,” Judge Kevin Gross said Wednesday evening. “Clearly is in the best interest of the community as well, given the risks that were attended to the prior operations with the refinery, and a refinery frankly that had numerous and repeated problems over the years. And I see no reason to think that that wouldn’t have continued.”

Initially objecting to the sale were PES’ unsecured creditors, including the United Steelworkers union, which represented about 600 former refinery workers. They argued that the backup bidder, Industrial Realty Group in partnership with former Philadelphia Energy Solutions CEO Phil Rinaldi, offered $25 million more than Hilco and an opportunity to restart refining operations and bring union workers back. But PES said Hilco’s bid still was “deemed superior.”

Those differences were settled with the $29 million agreement, with $5 million going to former refinery workers.

“This is not a joyful day,” said Robert J. Stark, who represented the committee of unsecured creditors. “We did the best we could with what we had.”

Stark said that even though the settlement was “far from a perfect outcome,” it would benefit the most vulnerable creditors of “this horrible case,” employees who “one day were going to work” and then were out of work and “figuring out if they would have to move” to be able to pay their bills and mortgages.

“This gives them cash now, when they need it,” said Stark, who urged the judge to confirm the plan.

The sale and the settlement are a substantial part of PES’ plan to emerge from bankruptcy. During the three-hour hearing Wednesday, the company’s lawyers and other creditors urged Judge Gross to approve its fourth amended plan for reorganization, which resolved all but four of the 13 objections to the previous version of the plan filed last week.

PES’ lawyers told Gross the plan achieved the “single most dramatic turnaround” from a dramatic situation. It moved matters from uncertain and unpromising to a proposal they said maximizes the value to be distributed to creditors, secures operations at the refinery site, pursues the recovery of $1.2 billion in insurance claims, and contemplates the investment of millions in the site and the creation of thousands of new jobs through the sales of all its assets to Hilco.

But because negotiations continued until the very last minute — the hearing was postponed twice during the day — most of the stakeholders, as well as the judge, could not read the amended plan before the hearing.

“We have a mess this afternoon,” said David L. Buchbinder, the U.S. trustee who acts as a watchdog for the process. “I appreciate the progress, but before we should sign a confirmation plan, we should see it.”

Judge Gross, who has set his retirement for March, agreed.

“How can I confirm a plan that I haven’t seen?” he asked.

Pressed by the deadline set by Hilco, the judge overruled the remaining objections, approved the sale and the settlement, and set up a hearing for Thursday at 1 p.m.

“I will be prepared to approve confirmation tomorrow assuming there are no new objections,” he said. “You know, I’ve been on the bench almost 14 years, this might be the most difficult confirmation I’ve had.”

Ryan O’Callaghan, former president of United Steelworkers Local 10-1, said he was conflicted after the judge’s ruling, even though the settlement meant a direct benefit to the union’s members.

“That $5 million is not equal to a job, is not equal to employment, is not equal to the brotherhood and the sisterhood that we had in the refinery, we were a family there, it doesn’t equal that,” O’Callaghan said. “And it does nothing for the poor in the city of Philadelphia and the surrounding communities because I don’t know how the area is going to make up $16 billion in economic activity.”

Environmental leaders who have fought for a cleaner use of the site applauded the judge’s decision.

“After over a century and a half of endangering the health of residents and the environment, this decision means a permanent end to the city’s largest industrial source of harmful air pollutants and climate pollution,” the Clean Air Council’s director, Joseph Otis Minott, said in a statement. “Hilco must work with all stakeholders to leverage this opportunity to transform the site so it protects our air, water, health, and safety while spurring economic development and high-paying union jobs.”

Mark Allan Hughes, director of the University of Pennsylvania’s Kleinman Center for Energy Policy, said ending the city’s long oil-refining legacy is great news and the best possible outcome from the bankruptcy process.

Hughes, who chaired the committee on the environment for the city’s Refinery Advisory Group, applauded Mayor Jim Kenney for standing by the recommendations made by the advisory group of favoring a safer and cleaner use for the site.

“When it really got hard last week, when objections were being raised, on several occasions the city stated and restated its position about reopening the refinery and was frankly not intimidated,” Hughes said.

City officials supported Hilco’s bid when it was first announced, arguing that it followed recommendations presented by the Refinery Advisory Group formed in the aftermath of the fire: a safer and more environmentally friendly mixed-use development of the site.