In this Tuesday, Oct. 22, 2019 photo, pipes lay along a construction site on the Mariner East pipeline in a residential neighborhood in Exton, Pa.

Cumberland County man may win out in complaint against Sunoco

In a preliminary ruling, a Public Utility Commission administrative law judge sided with Wilmer Baker, saying Sunoco should do more to make sure people living near pipelines are safe. 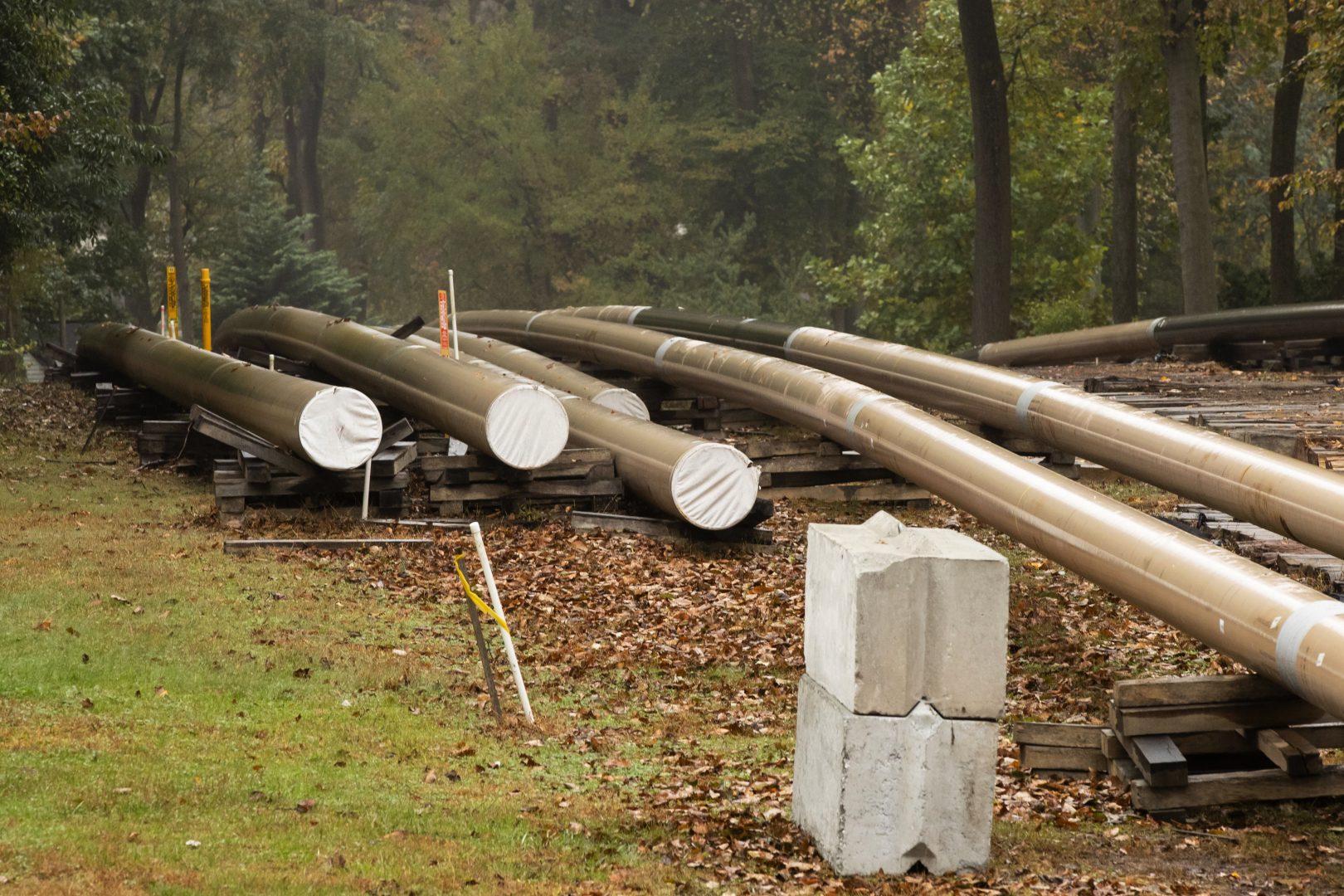 In this Tuesday, Oct. 22, 2019 photo, pipes lay along a construction site on the Mariner East pipeline in a residential neighborhood in Exton, Pa.

(Carlisle) — A Cumberland County man who has been battling Sunoco over what he says is an unsafe pipeline has been partly vindicated by an administrative law judge for the Public Utility Commission.

Wilmer Baker lives in Lower Frankford Township, and his house is roughly within a thousand feet of the almost 90-year-old Mariner East 1 pipeline. The line carries volatile natural gas liquids from Ohio ​and western Pennsylvania to a plant outside Philly.

Baker, 64, said he has had gripes with it for a long time.

“I wouldn’t say it affected me except for the fact I’m afraid of my drinking water, and a fellow I buy hay off of, they ruined his water—for four years he hasn’t had drinking water,” he said.

In August 2018, Baker filed a formal complaint with the PUC, arguing the pipe was never intended to carry volatile materials and saying Sunoco needed to do more to make sure it was safe.

She ordered Sunoco to pay the state $1,000 and do more to make sure residents know what to do if there’s ever an issue with the pipe, including holding a public meeting ​about the Mariner East 1 in Cumberland County, ​further training emergency officials on disaster response, and reviewing its own emergency protocols.

The order isn’t final. PUC commissioners still need to review and approve it.

But Baker said regardless, he is thrilled some concrete action has been taken as a result of his complaint.

Of Sunoco, he said, “They tell you in public and everything, well we’ll have township meetings and public outreach and we’ll protect your rights and everything like that. But in private it’s like, we’ll do whatever we want to because we’re arrogant and we’re making billions of dollars.”

Amanda Gorgueiro, a spokesperson for Energy Transfer, which owns Sunoco, said in a statement that the company is “currently processing the information in the initial decision to determine how it relates to our public awareness programs that are in place, including those in Cumberland County.”

She added that “safety is our first priority…[and] we will continue follow all appropriate rules and regulations that govern the safe operations of our pipelines.”

Part of Baker’s complaint was denied.

The PUC judge said the commission can’t make Sunoco install a warning alarm for people who live near the Mariner East 1, or add an odorant to the natural gas liquids. She also dismissed his request that the pipe be remade with American steel.