Jessica Cutaiar never liked the taste of the well water at her Sellersville home. Now she knows it is contaminated with PFAS, a chemical used in fire retardant foam.

Amid federal inaction, there's no consensus on how much of the PFAS class of chemicals is too much. 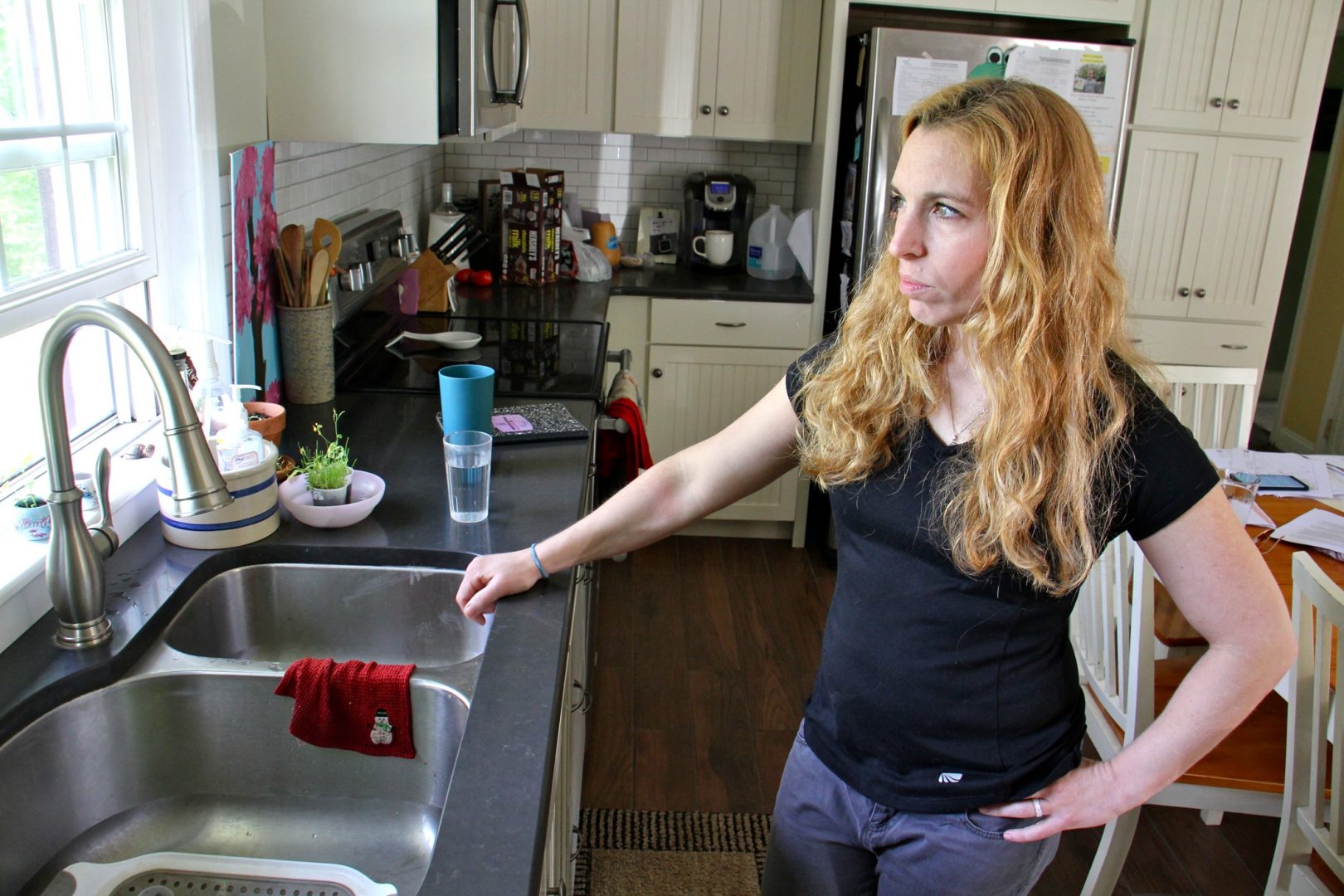 Jessica Cutaiar never liked the taste of the well water at her Sellersville home. Now she knows it is contaminated with PFAS, a chemical used in fire retardant foam.

(Harrisburg) — The office of Democratic Gov. Tom Wolf says test results “do not indicate widespread PFAS contamination” in drinking water supplies, though the toxic chemicals are present in about a third of water samples tested.

The results, released last week, highlight growing debate over how much PFAS, if any, should be allowed in drinking water. The federal Environmental Protection Agency has set a 70 parts per trillion “health advisory level.” However, in June, the Centers for Disease Control said PFAS levels much lower than 70 parts per trillion may pose health risks.

The toxic chemicals were widely used in industrial and consumer products and are often found around military airstrips where firefighting foam was used. PFAS have been connected to liver damage, high cholesterol, cancer and other health problems.

The state’s report shows only one of the 95 water samples exceeded the acceptable level for PFAS, pointing to the EPA advisory level. However, the state is considering whether to implement its own, stricter standard like some other states have done.

The PFAS report was made public a few weeks after the release of the feature film Dark Waters, which is bringing more national attention to the family of chemicals, also called “forever chemicals” because they persist for decades in soil and water.

In Pennsylvania, scientists have targeted 12 areas where industrial firefighting foam or manufacturing operations may have leached the chemicals, said DEP spokeswoman Beth Rementer.

“Communities are understandably very concerned,” Rementer said. “It’s become a national conversation. And so, that’s why we are taking very deliberate, meticulous steps.”

One water supply in Centre County, the electronics manufacturer State of the Art Inc., tested above the federal health advisory, with a level of 114 parts per trillion.

The public doesn’t access that drinking water, and employees there have been given bottled water, the state said in its news release.

What to make of some of the other results is less clear.

In Frackville, Schuylkill County, samples at Pennsylvania American Water showed about 16.5 nanograms per liter, or 16.5 parts per trillion.

Those amounts all are acceptable under the federal advisory level, but would be unacceptable in several other states right now, noted David Andrews, a scientist at the nonprofit Environmental Working Group in Washington, D.C.

“While the EPA has set an advisory value of 70 parts per trillion, we’ve highlighted the science that says a safe level of exposure may be less than one part per trillion,” Andrews said. “And many states have moved closer to that with setting limits in the 5 to 14 parts-per-trillion range.”

The results come more than one year after the state launched a “PFAS Action Team,” Rementer noted. DEP is testing about 400 more sites, and plans to release results every three months.

She said it will take “at least a year” to complete the testing, and could take years to implement a tighter standard for what is acceptable in drinking water.