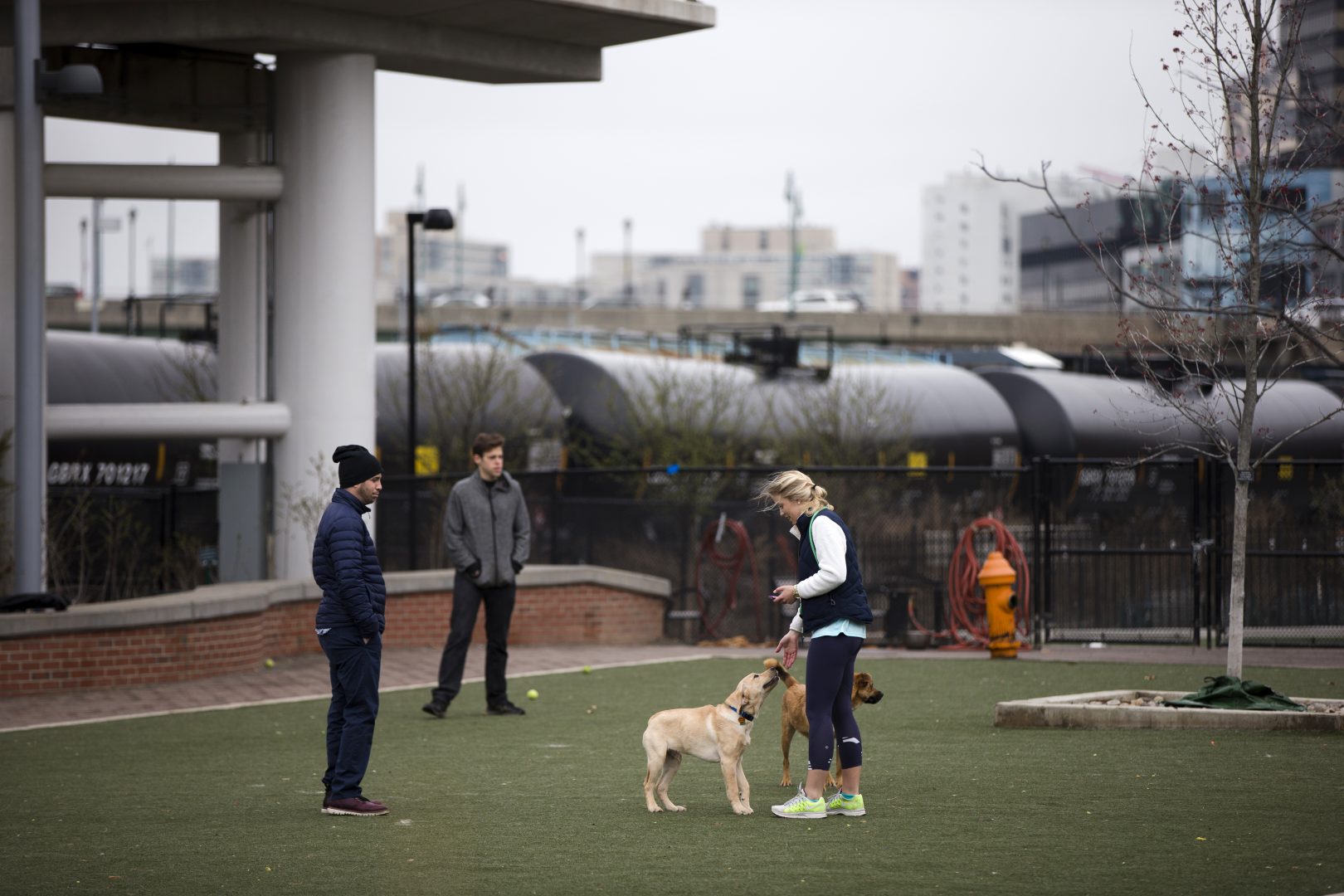 Nearly four months after the South Philadelphia refinery complex shut down following a massive explosion and fire, the rail cars used to haul liquefied petroleum gas (LPG) are being moved off site, according to CSX, PES’ freight carriers.

“We helped them move empty LPG cars over the weekend,” said Cindy Schild, a media representative for CSX, referring to the first weekend in October.

Neighbors and environmental activists spotted the black rail cars  — which usually can be identified by a red diamond placard with the number 1267 — moving along the Schuylkill Banks Boardwalk or near the refinery last week.

Schild, the CSX spokesperson, said that rail cars could be rolling again in the coming days, as the company continues clearing the site.

The movement of the refinery’s highly flammable oil products stirred fears before the refinery complex’s closure. Those fears have not gone away.

James Mullison is a member of PhillyThrive, an environmental justice organization opposed to the refinery. He has seen the black oil cars chugging along on the 25th Street Bridge since PES closed, he said.

While he understands that trains have to move out and any remaining oil in the refinery’s storage must be removed, he hopes to see the last cars haul out soon.

“My expectation is that all of that would be done by now, so it’s interesting that even after three or four months after the accident and we are still seeing trains coming to the area with the oil cars,” Mullison said.

The refinery closed on June 21, but PES kept a small amount of staff on site to take care of remaining operations.

Former PES chief executive officer Mark Smith said in August that the “caretaker staff” would “complete a number of ongoing projects and ensure the safe and environmentally compliant operations at the refinery site.”

At that time, Ryan O’Callaghan, former president of the United Steelworkers Local 10-1, which represented about 640 employees, said the staff would be handling the dangerous materials still at the site.

“There’s still hydrocarbons in the tanks, there’s still catalysts in the reactors, and you need operators and maintenance people that know how to deal with that, and deal with that every day,” O’Callaghan said.

O’Callaghan, now a speaker for former refinery employees, said he’s not aware of oil trains coming in or out of the refinery.

Mark Brandon, a PES representative, declined to respond to questions about operations on site.

Mullison said the lack of transparency is disappointing.

In the months since the explosion rocked South Philadelphia, city officials pledged to improve communication with nearby residents.

These neighbors, Mullison said, have valid questions about the work they see going on at the site.

“They’ve seen smoke, possibly steam coming from the refinery at various times since it shut down and that there’s still flaring occurring on occasions,” Mullison said. “So everybody is kind of curious as to what exactly is happening there and are there processes that are still running even though it’s supposedly closed,” he said.

PES entered Chapter 11 bankruptcy in July, a month after the fire and explosion damaged some of the South Philadelphia complex, which includes two refineries. Three potential buyers have expressed interest, including Phil Rinaldi, former CEO of Philadelphia Energy Solutions. Any acquisition would be subject to the approval of U.S. Bankruptcy Court in Wilmington

City officials will issue a final report in November detailing the findings of its Refinery Advisory Group, which held its final meeting in September.