Shell's ethane cracker under construction in June, 2019 in Beaver County, Pa. A similar plant is proposed to be built in Belmont County, Ohio, roughly a 90-minute drive away. 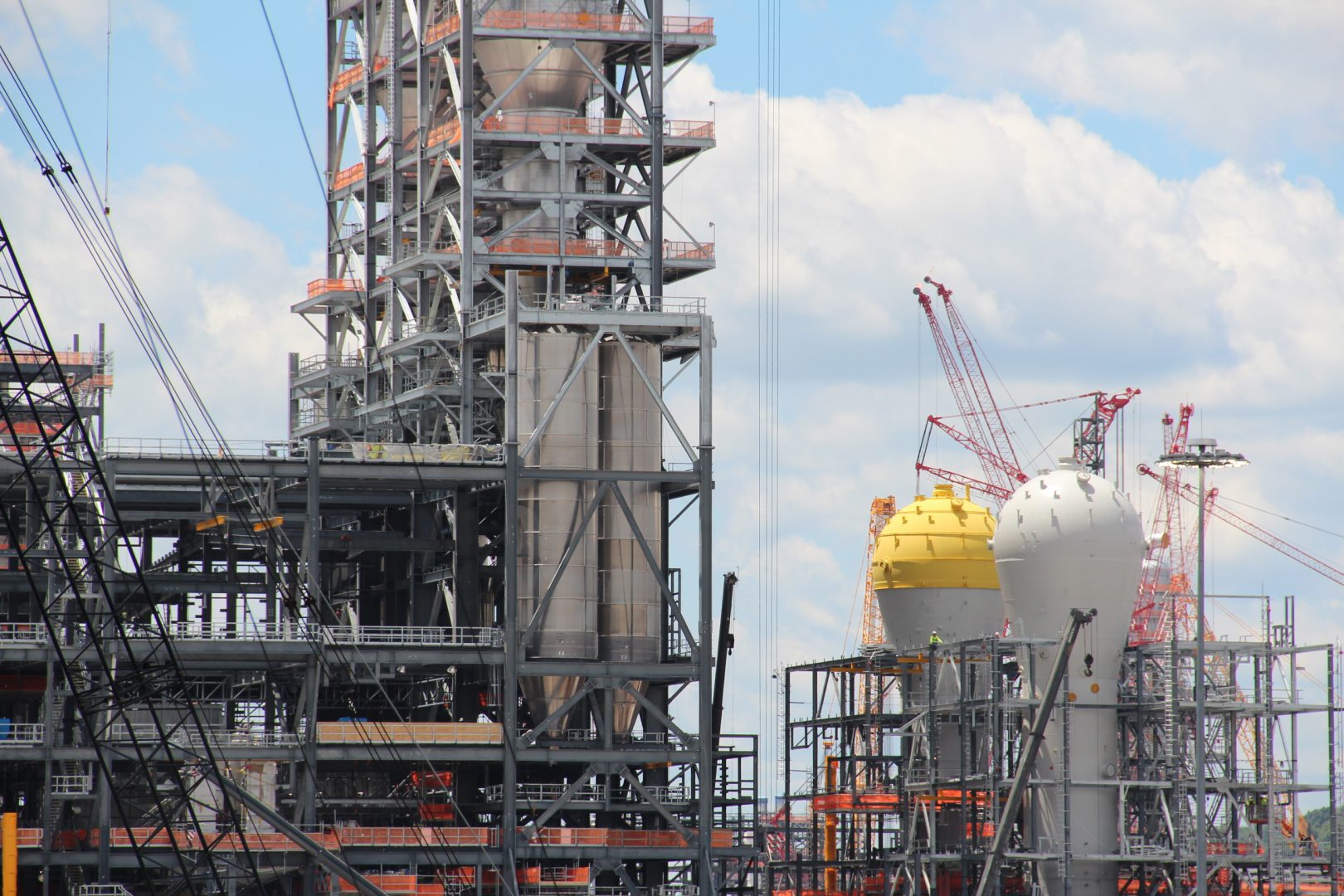 Shell's ethane cracker under construction in June, 2019 in Beaver County, Pa. A similar plant is proposed to be built in Belmont County, Ohio, roughly a 90-minute drive away.

A petrochemical company and three environmental groups have reached an agreement to increase air quality protections at a proposed ethane cracker plant in Belmont County, along the Ohio River.

The Ohio Environmental Protection Agency approved an air permit, called a “permit to install” for PTTGCA, based in Thailand, in December of last year.

The Sierra Club, Earthworks and FreshWater Accountability Project argued that the Ohio EPA had underestimated the amount of pollution that would come from the plant, and the health problems that it could cause for nearby residents. So the three nonprofits appealed the permit to the Ohio Environmental Review Appeals Commission.

In a 15-page agreement, the groups have now agreed to drop the appeal. In exchange, the company has promised to use optical gas imaging as part of its leak detection and repair program, to publicly disclose all environmental data that it submits to the Ohio EPA on its company website, to do stack testing and to use detectors to monitor for toxic gases.

“The improvements we secured regarding the facility’s leak detection and repair system should result in leaks being detected sooner and resolved more rapidly,” said Ohio-based attorney Megan Hunter of Fair Shake Environmental Legal Services, who represented Freshwater Accountability Project, in a written statement. (Fair Shake is funded in part by The Heinz Endowments, Colcom Foundation and The Pittsburgh Foundation, which also support The Allegheny Front.)

“This transparency should enable communities to monitor and respond to air pollution concerns should they arise,” she continued. “…and to enforce permit limits should they be exceeded, providing a level of accountability that was otherwise lacking.”

In a statement, the company lauded the groups for working on the agreement. “The resolution of these issues is a tribute to their commitment to environmental protection,” said Toasaporn Boonyapipat, president and CEO of PTTGCA. “We also thank the people of the Ohio Valley community for their enthusiasm and support as we continue to work toward a final investment decision.”

The company has not announced a final decision on whether it will build the ethane cracker. The plant would convert ethane, a byproduct of oil and gas drilling into ethylene, which is a key ingredient in producing plastics.

The PTTGCA is one of two more proposed petrochemical plants in the Ohio Valley.

Ohio officials have encouraged the PTTGCA plant because they expect it to create hundreds of jobs and potentially attract spinoff industries.