This 2008 file photo shows a view of the INEOS refinery at Grangemouth, Scotland, where ethane imported from Pennsylvania is processed and turned into plastic.

In Scotland, a town evolved with its refinery. Shale gas arrived to help the plant, but the town could benefit more, one resident says 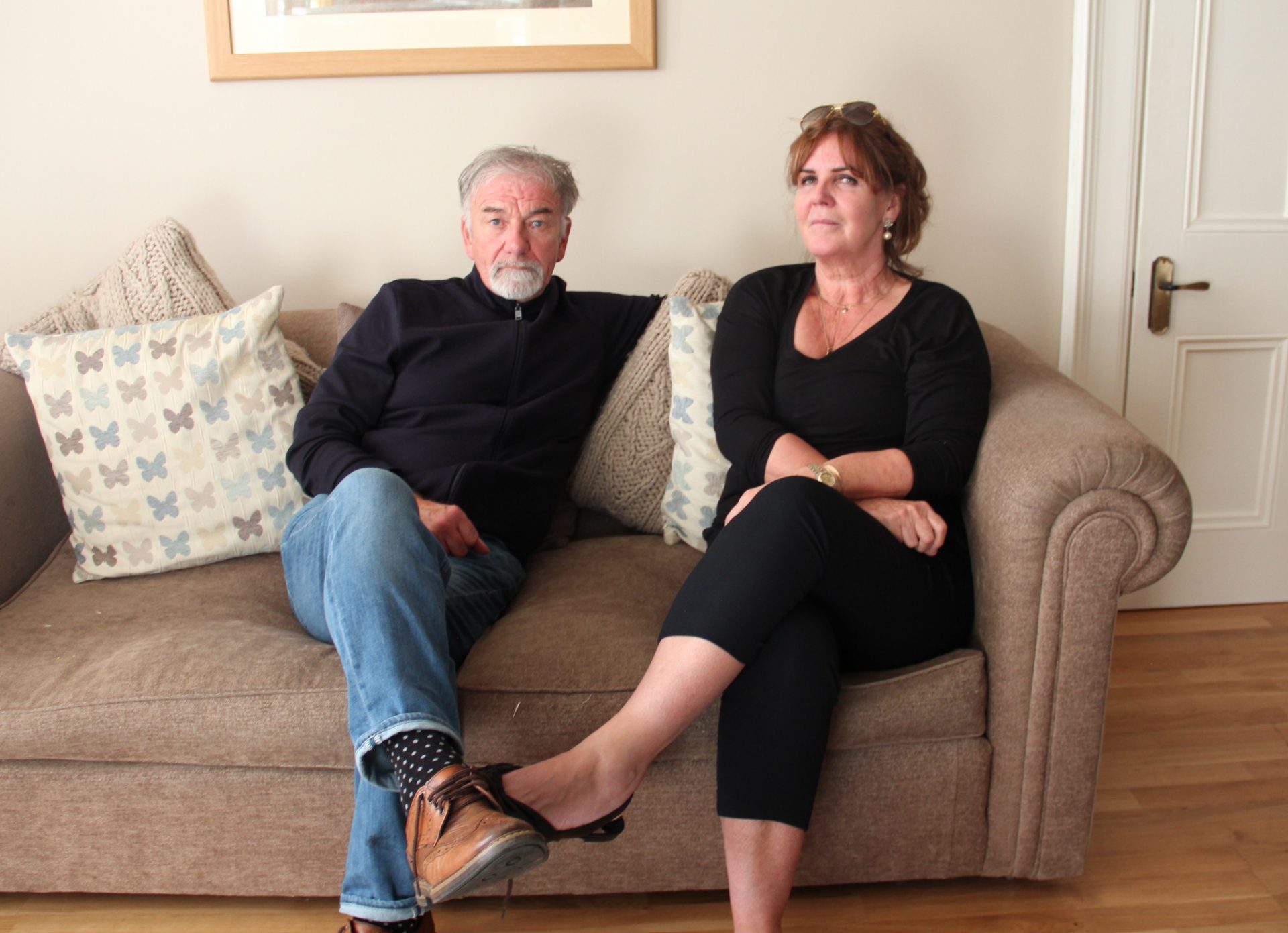 Anne and Stuart Kennedy at their home in Grangemouth, Sco

StateImpact Pennsylvania’s Reid Frazier traveled to Scotland this month to follow the Marcellus shale gas overseas. Listen for his reports on the radio beginning later this month. In the meantime, follow what he’s up to through his occasional dispatches.

Anne and Stuart Kennedy live about a mile from the Grangemouth refinery, next door to the guest house Anne runs in the home where she grew up. I met her as she was watering a flower pot attached to the handlebars of an old bicycle, across the street from Grangemouth’s sleepy town center. Anne is part of a group that helps keep the flowers watered and bright in a town ringed by industrial plants. It’s a small effort, she says, to keep up appearances.

Living a mile from Scotland’s largest refinery doesn’t really bother her, she said.

“I was born in ‘59, so I’ve just lived with it. Living with it tends to give you a certain amount of acceptance,” she said.

For the past 16 years, she has run a bed and breakfast — the Grangeburn Guest House — in a stone Victorian her family lived in growing up. Her father worked at Grangemouth’s port, Scotland’s biggest container terminal.

Stuart worked as an engineer at a shipyard and in later years, owned a local pub. His major claim to fame is as a local soccer legend. He played on Scotland’s 1978 World Cup team and professionally for a team in the Scottish city of Aberdeen.

Stuart, who’s retired, recently worked for three weeks at the INEOS plant as a mechanical fitter — putting valves and pipes together along steam lines. “Nothin’ creative,” he said. He said he did the job more “out of curiosity” than anything else.

The couple watched the town evolve around the Grangemouth refinery and chemical plant, first under BP, and later under its current owner, INEOS.

They watched as more and more of the plant’s workforce came from outside, either from surrounding towns, or other parts of the UK. The refinery was at one point publicly owned before it was privatized in the 1980s. The plant’s success was tied to the prosperity of the town — BP retirees took home a pension equal to their outgoing salary — ”unheard of today,” she said.

Anne often rents rooms at her guest house to out-of-town engineers and employees at the plant, so she sees her business tied to its prosperity.

When INEOS CEO Jim Ratcliffe threatened to shut the plant down six years ago during a labor dispute, Anne says “people started to panic” because of the potential impact to the town’s economy. The government stepped in and helped engineer a plan to keep the plant running.

Part of the plan was to import American shale gas to make up for declining ethane production in the North Sea. With grants and a loan guarantee from the Scottish and UK governments, INEOS built an ethane import terminal to receive shale gas from Pennsylvania. Anne says she’s glad the refinery and chemical plant didn’t shut down.

“I have a business here that is partly dependent on the oil industry being here and I do like to live in a place where local people work,” she said.

But she said the town center of Grangemouth, which is pocked with vacant buildings, and a town hall in need of repair, should benefit more from its proximity to the plant. “It should be more vibrant,” she said.

She doesn’t blame INEOS so much as local government — she wishes more of the local coffers went to beautifying the town.

“People here work, so that’s not a bad thing. So the benefit is there’s employment in the area. But the rest of the town’s neglected and I don’t feel our town of Grangemouth benefits as much as it should, with an oil refinery on our doorstep.”