Pa. has no standards for teaching climate change in the classroom — so it might not be taught at all | StateImpact Pennsylvania Skip Navigation

Pa. has no standards for teaching climate change in the classroom — so it might not be taught at all

State has begun effort to modernize curriculum, include climate change 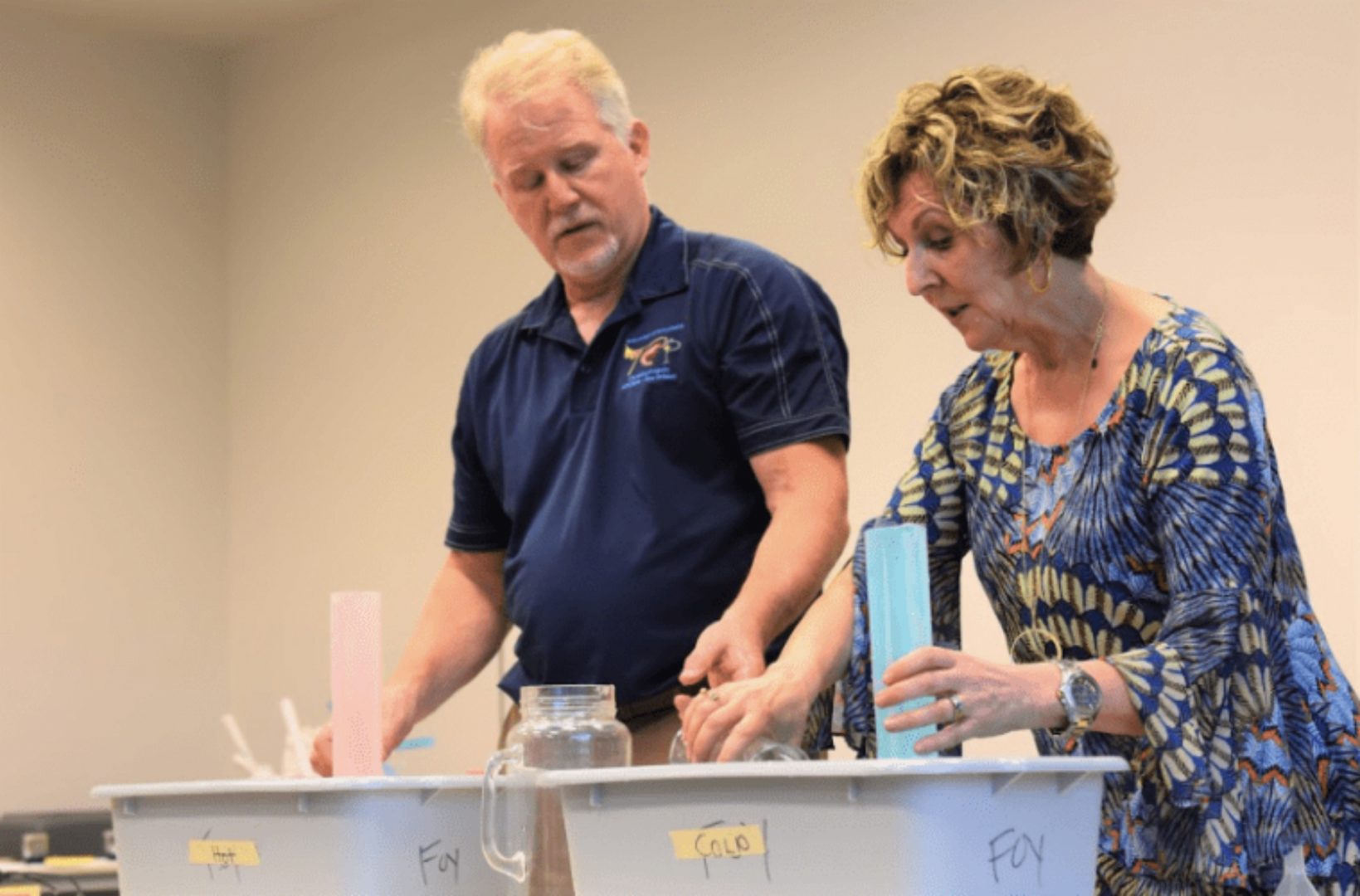 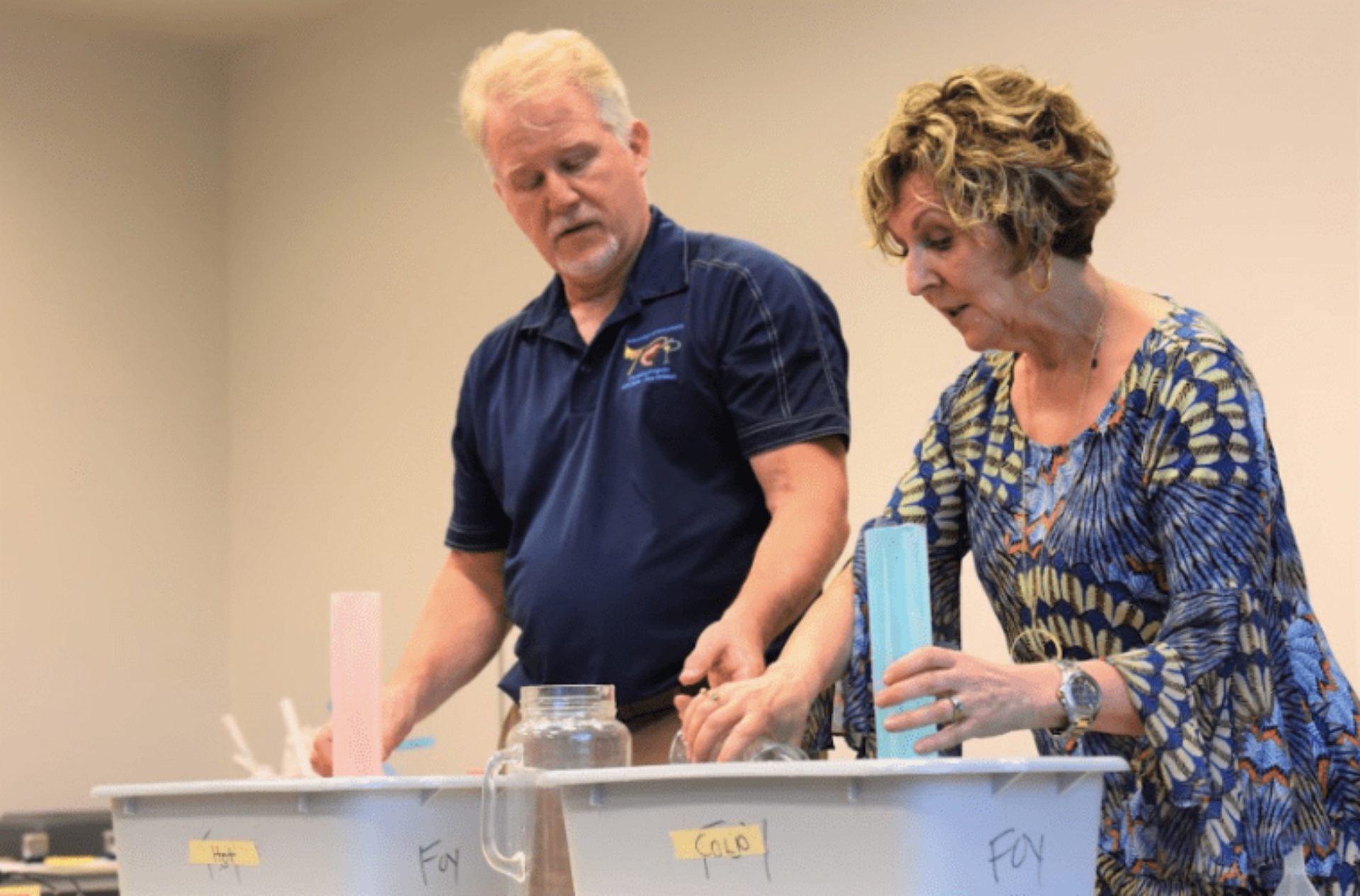 A random act of teaching. That’s how Jeff Remington describes the state of climate change education in Pennsylvania today.

“There is no consistency of how it would be taught,” he said. “I don’t think there’s any formal training on how to teach it or why to teach it.”

Remington is a science teacher at Palmyra Middle School, outside Harrisburg. He’s also one of 10 national STEM ambassadors for a program funded by the National Science Foundation. He’s been teaching science, but not climate change, for 33 years.

Actually, Remington said he’s hard pressed to think of any teacher he knows who’s tackling climate change in the classroom. That’s largely because Pennsylvania’s current environment and ecology standards don’t address climate change specifically. They were written in 1996 and were adopted 17 years ago.

“Our existing standards do talk a lot about man’s impact on the environment and certainly teachers have been doing that,” Remington said. “But the specifics of climate change have not been a part of our old standards.”

That means schools in the state are not formally required to teach climate change. So as study after study warns about the risks of a warming planet, many Pennsylvania students are learning nothing about it in the classroom. Climate education in school is left up to the bold teacher or a forward-thinking school district.

Leigh Foy has been teaching science in York for more than 20 years. She agrees that the teaching of climate change in Pennsylvania is random and rare.

About 10 years ago, Foy started looking around for materials to help bring climate education into her classroom. She couldn’t find any. So she and her husband, Greg Foy, a chemistry professor at York College of Pennsylvania, created their own.

This summer, they held their first three-day workshop for teachers in Lancaster, where teachers also learned how to deal with the politics surrounding climate change.

“Teachers need help,” Foy said. “They need good hands-on materials and they need help to understand what the social science is saying about the polarization, certainly in the country, but also reflected in our classroom.”

There are several reasons why teachers may shy away from climate change, in addition to wanting to avoid polarizing topics. A 2016 survey by the National Center for Science Education and Penn State revealed that teachers themselves aren’t always confident about the science.

Foy says that at the beginning of the school year, she heard from teachers who attended her workshop that they had received blowback from their administrations.

“I didn’t really realize this is as avant-garde as it appears to have been,” Foy said.

Foy says in her training, she first had to talk about how climate change should be taught.

“In an attempt to be fair and balanced, [teachers] feel erroneously led to present the other side of the science, when there isn’t any,” she said. “Then students get confused.”

This month, Pennsylvania got one step closer to ensuring climate change is taught in all public schools. On Sept. 12, Gov. Tom Wolf announced that the state is starting a process to modernize its science curriculum. One option on the table is the Next Generation Science Standards. Twenty states and the District of Columbia have already adopted the standards, which have comprehensive climate change lessons from Kindergarten to 12th grade.

“Next Generation really focuses on the process of understanding science,” said Cassie Quigley, a professor of science education at the University of Pittsburgh. She explains that throughout the standard, students are required to develop a model, create an experiment, or analyze and interpret.

“Educators like myself really are drawn towards the Next Generation Science Standards because it is pushing our kids away from rote memorization of facts to understanding how to do scientific inquiry, which is our goal,” she said.

Quigley believes the state is at a “tipping point” when it comes to climate science education, and the driving force is young people.

“They aren’t as worried about who caused the problem of climate change, or even why the problem exists, but by the fact that they’re living with the implications of the fact that we haven’t cared for our Earth,” she said.

Could be a long process

Rick Levis, press secretary for the Pennsylvania Department of Education, wrote in an email that updating science standards will be a priority in the coming years and that Wolf supports adding accurate information about climate change.

But the state’s review process could take several years, according to people familiar with the process. Once new standards are adopted, students won’t immediately start learning about climate change. The rollout could be gradual, allowing time for new assessment tests to be developed and school districts to adapt their lesson plans.

There could be pushback, including from from lawmakers. After updated science standards were adopted in Florida, Republican state Sen. Dennis Baxley introduced legislation that would let schools teach alternative concepts from what he calls “controversial theories” such as evolution and human-induced climate change.

Leigh Foy doesn’t think it will come to that in Pennsylvania. She cites an NPR poll from April 2019 that shows that four out of five parents want their kids to learn about climate change in the classroom.

“That’s a clear mandate,” she said. “Parents want their kids to learn about the science and that was across the political spectrum.”

But with a process that could take years, some of those kids may be in college before climate change is taught in all Pennsylvania schools.

What longtime climate activist Rafe Pomerance wants you to know