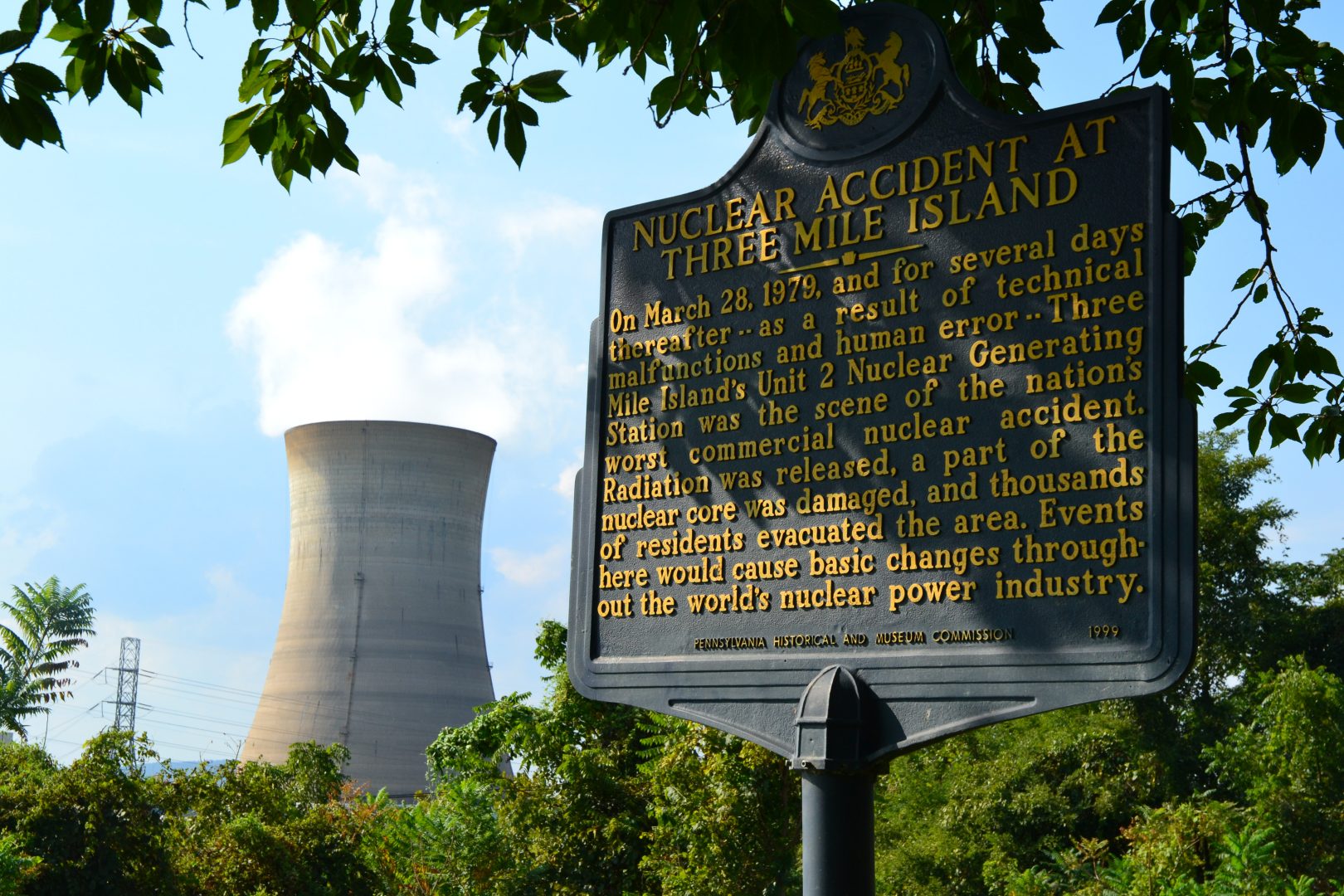 The closure comes 40 years after the partial meltdown of TMI’s reactor 2—the nation’s worst commercial nuclear accident—that left the plant with only one working reactor.

Tens of thousands evacuated amid uncertainty about the accident. Some radiation was released, but officials said it was within acceptable levels. Yet many who live in the area are convinced that their health problems in later years were related to the accident.

The event ushered in a new era of nuclear regulations, while also ending an era of growth in the U.S. commercial nuclear sector. No plants proposed after the accident have been put into operation in the U.S.

Exelon officials said some of the plant’s approximately 675 employees will keep working at the plant to move the nuclear fuel as it cools.

Most will stay around until the end of the month, enough time to move fuel out of the reactor and into a massive vat of water called a spent fuel pool.

After that, staffing will be reduced to 300 employees, who will move the fuel to concrete and stainless steel “dry casks.”

By 2022, about 50 employees will remain, tasked with the long, slow process of winding down the plant and ensuring that the nuclear waste is kept away from people for tens of thousands of years.

In 2017, Exelon said it would close if it couldn’t get a key subsidy from the state that would help it compete with an energy market flooded with cheaper natural gas.

State lawmakers proposed two bills to save the plant, pointing to the valuable long-term assets nuclear power brings to the table — like carbon-free emissions, fuel-supply diversity, and reliability.

Critics argued the bailouts distorted the competitive wholesale electricity marketplace, and said that nuclear power should not be lumped in with clean, renewable energy — noting the emissions from mining uranium and the fact that the U.S. lacks a plan for disposing of its radioactive nuclear waste.

For those who live nearby, the possibility of the plant’s closure loomed for years.

Kendra Nissley has spent the last 12 years running a dairy farm across the river from the plant in Londonderry Township. 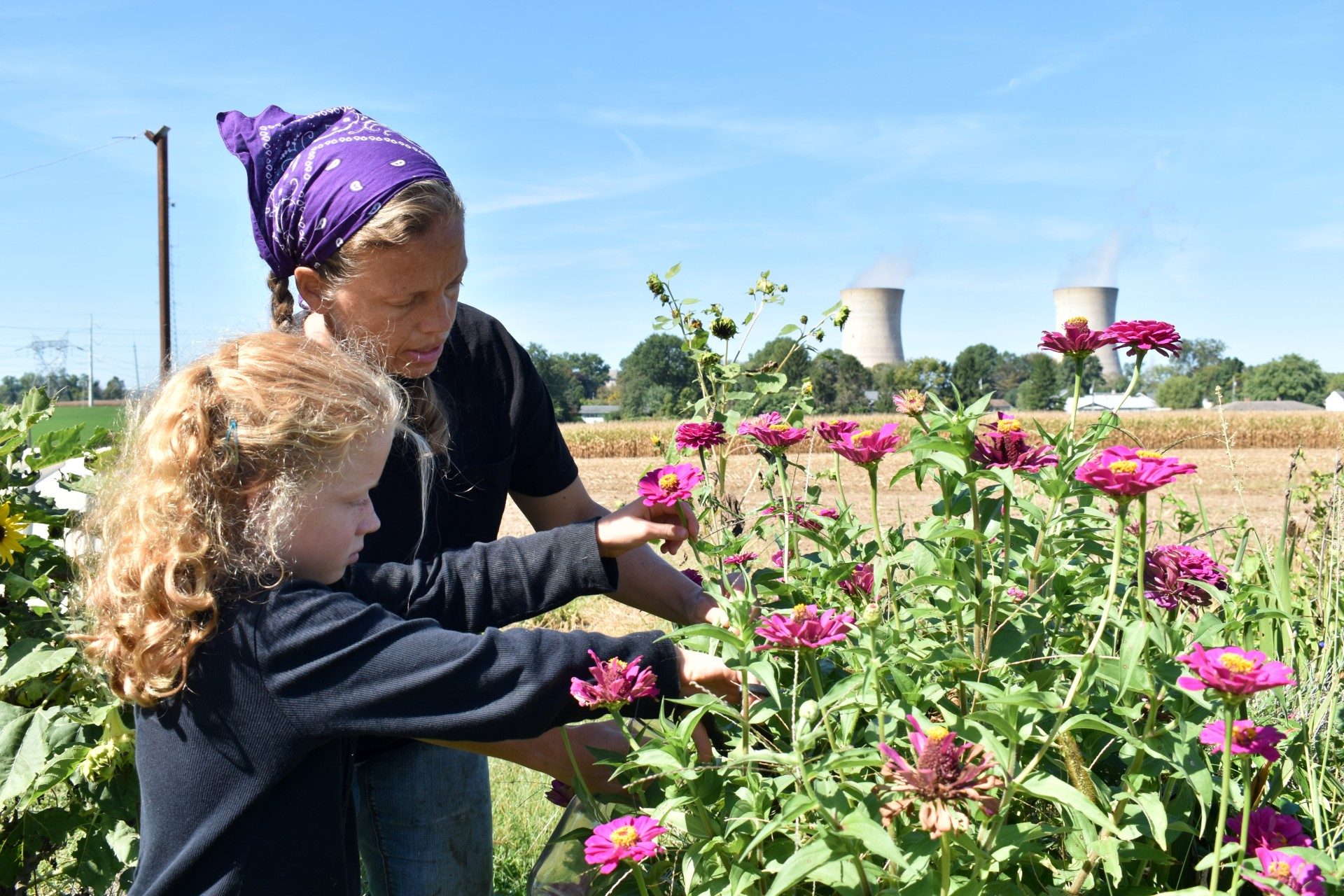 Kendra Nissley, shown with her daughter Mikayla, has spent the last 12 years running a dairy farm across the river from the plant in Londonderry Township.

From her farm, high voltage power lines stretch down to a substation that collects electricity from the plant. It’s a reminder that TMI produced 3 percent of the state’s total power, with nuclear plants making up 40 percent of a pie that also includes natural gas, coal, hydro-electric and wind.

Nissley said the steam rising from two cooling towers—as well as the two inert cooling towers, tied to the crippled reactor—have been a reminder of both what nuclear power has provided to the community, and its risks.

Nissley said the farm won’t be affected much by the closure, but some of her neighbors are losing their jobs. Exelon said it has offered them jobs elsewhere, but that’s not an option for some people who have bought homes, raised families and built lives for themselves around TMI.

“They express a lot of sadness at losing their longtime job, and we share in some of that sorrow with them,” Nissley said.

Down the road from Nissley’s farm, Londonderry Township manager Steve Letavic said he’s been planning for this day for at least two years.

He has let five township jobs sit vacant, knowing he would lose tax money needed to fund those positions.

He’s planning for a loss of about $50,000 a year for the municipal fire company—money that Exelon used to help raise through an annual charity golf tournament. He’s expecting to lose another $120,000 in tax revenue this year.

“We’re a small town with a $2 million budget. Every little bit matters, right?”

The township of 5,200 people also recently voted to open up some undeveloped land to commercial construction in an effort to make up some of the lost tax dollars. Letavic said he’s in talks with a developer who wants to build a logistics center, and another developer that wants to put in a planned community.

The closure comes on the same day as a global climate strike calling for “immediate steps to stabilize the environment,” noted Matt Wald at the pro-nuclear Nuclear Energy Institute.

The closure is a setback for U.S. efforts to cut its reliance on fossil fuels, Wald said in a news release.

“The essential problem is that our electricity system is intensively managed to a goal, but the goal isn’t clean air or protecting our climate,” Wald said. “The goal is least-cost electricity, as if electricity were a commodity regardless of its source.”