How did fracking contaminants end up in the Monongahela River? A loophole in the law might be to blame | StateImpact Pennsylvania

How did fracking contaminants end up in the Monongahela River? A loophole in the law might be to blame 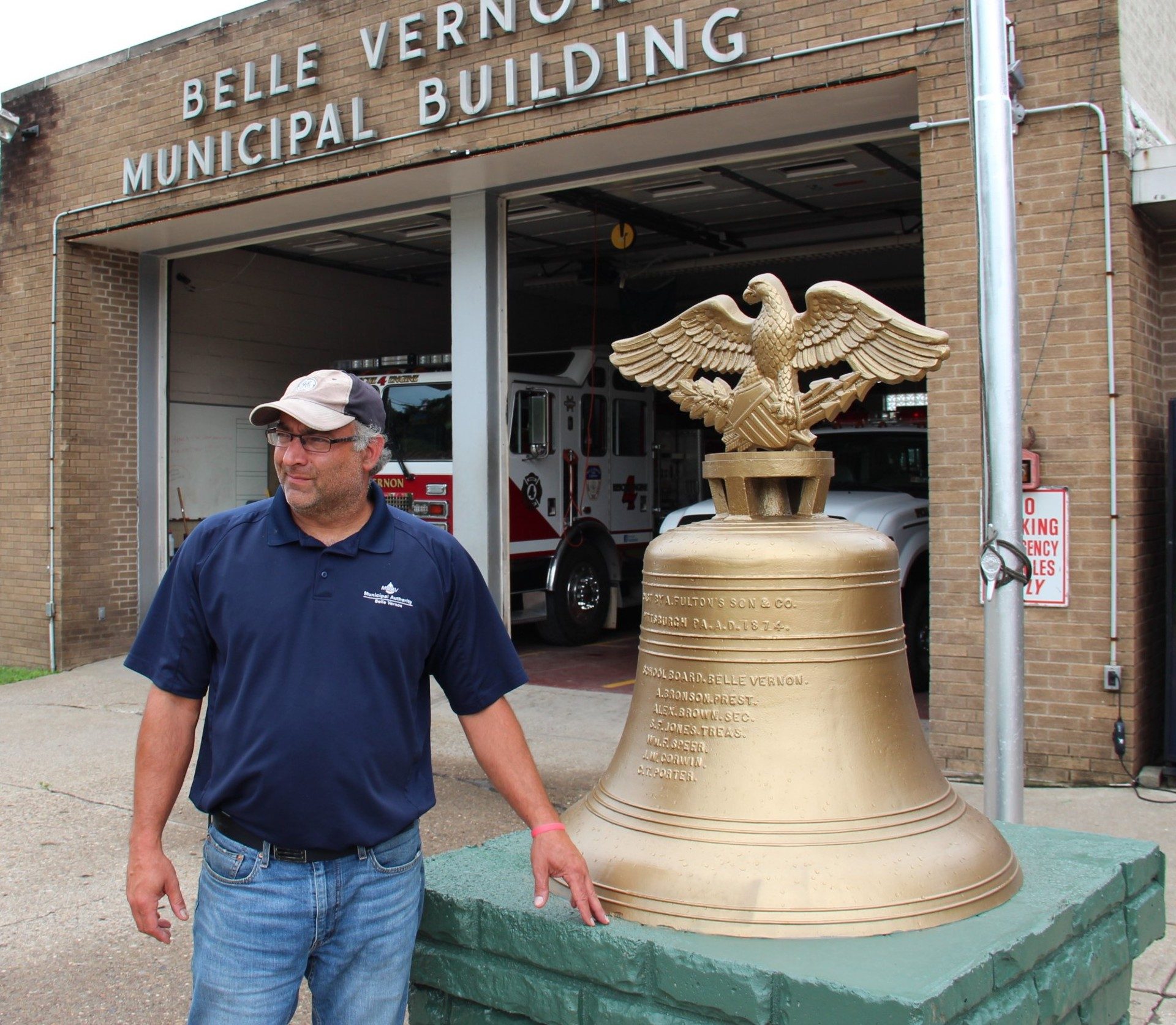 Gary Kruppa is in charge of Belle Vernon’s sewage treatment plant. He recently discovered that naturally-occurring radioactive material found in the Marcellus shale was making it from the nearby Westmoreland landfill through the treatment plant and into the Monongahela River.

About a year and a half ago, Guy Kruppa realized something was wrong with his bugs.

Kruppa is the superintendent of the Belle Vernon Municipal Authority, and runs the town’s small sewage treatment plant on the banks of the Monongahela River, south of Pittsburgh. The plant uses micro-organisms — bugs — to break down raw sewage before it’s treated and released into the river.

But in 2018, those bugs stopped doing their job. Levels of bacteria and ammonia in the plant’s discharge to the river started going up. The plant began flunking water quality tests for its state pollution discharge permit. Kruppa wondered if a recent upgrade could have something to do with it.

“We thought, was it something we were doing internally? Were we not processing enough sludge, maybe we aren’t pumping enough?” Kruppa said. “We went through the whole gamut of things.”

Kruppa, who’d only recently started his job as the municipal authority’s superintendent, thought about all the places that send waste to the plant. 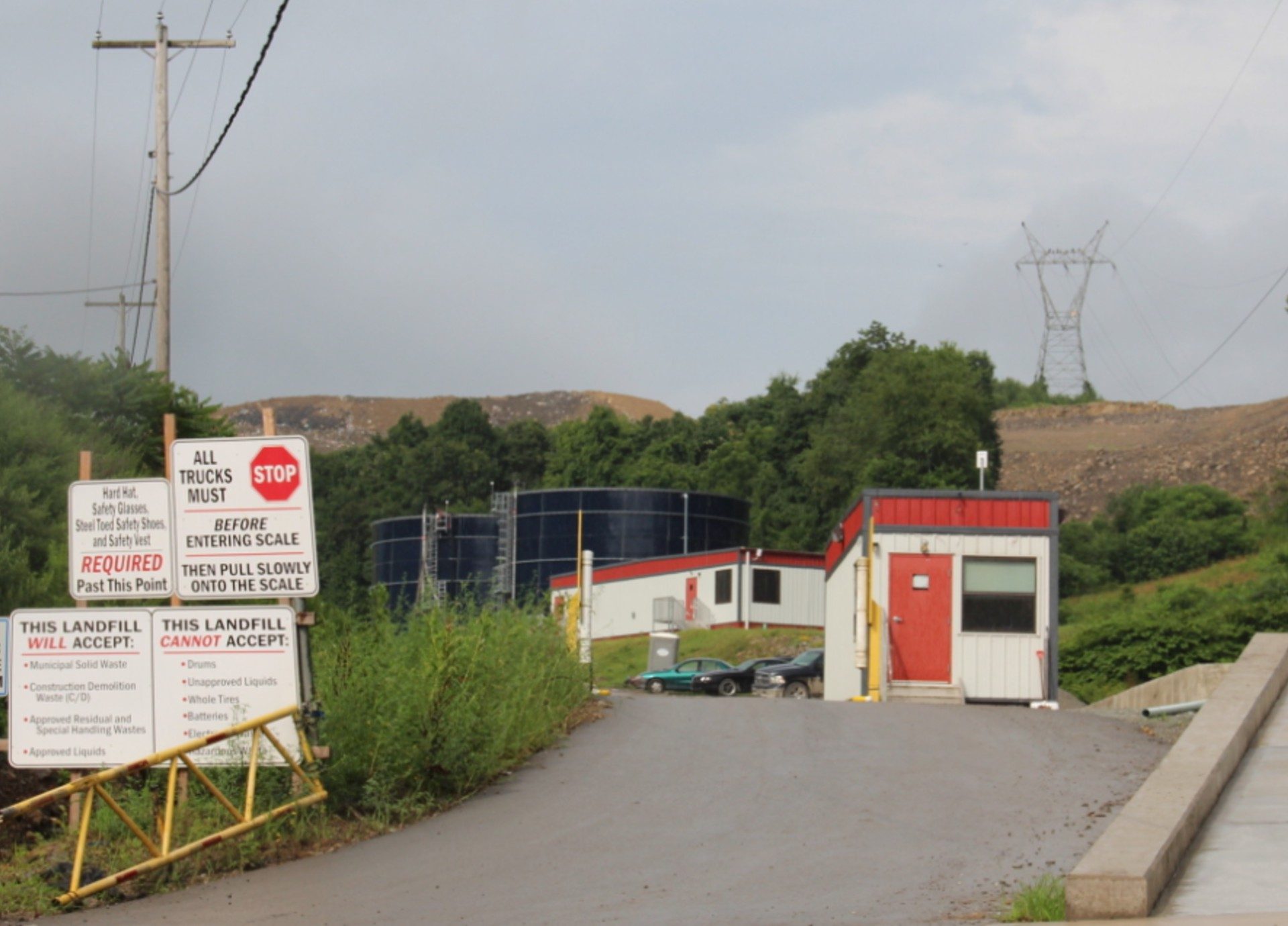 The entrance to the Westmoreland Sanitary Landfill in Rostraver, which accepts solid fracking waste and has sent what’s called leachate — liquid waste that comes out of the landfill when rainwater trickles through its piles of garbage — to the Belle Vernon sewage treatment plant.

That would be Westmoreland Sanitary Landfill, about a mile away in the town of Rostraver. For years, the landfill sent Belle Vernon its leachate — liquid waste that collects at the landfill when rainwater trickles through its piles of garbage.

Kruppa began looking at test samples of the leachate. He sent it to an engineer he used to work with.

“He goes, you have some very high numbers and as far as chlorides, conductivity, barium,” Kruppa said. “He said these are all indicators of frack waste.”

Kruppa discovered the landfill was sending more leachate than the treatment plant was allowed to accept. And he found out about 40 percent of the landfill’s waste since 2010 had been solid oil and gas waste. That included drill cuttings — dirt and rocks that companies dig up to get to the region’s gas-rich shale beds. Those beds are naturally rich in salts and metals.

It turned out, the salts in the leachate were hurting the bugs in Kruppa’s sewage system.

“They were killing off our bugs. Our bugs are what treats the water,” Kruppa said. “And that’s why we weren’t making our permit levels, because we had nothing to work with.”

It wasn’t just the salts, he said. Gas waste is high in radium, a naturally-occurring radioactive material found in the Marcellus shale. Some of that radium was making it from the Westmoreland landfill through Kruppa’s treatment plant and into the Monongahela River.

“We were discharging…into the Mon River higher than drinking water standards,” Kruppa said. One discharge test showed levels of radium at 8 picocuries per liter. The EPA standard for drinking water is 5.

The landfill’s own waste reports, filed with the state Department of Environmental Protection, say the leachate it was sending the treatment plant had an “oil like” or “petroleum sheen.”

Still, the DEP told Kruppa to keep taking the leachate while it got the landfill to fix the problem. And if the plant incurred any fines, the landfill would pick up the tab. 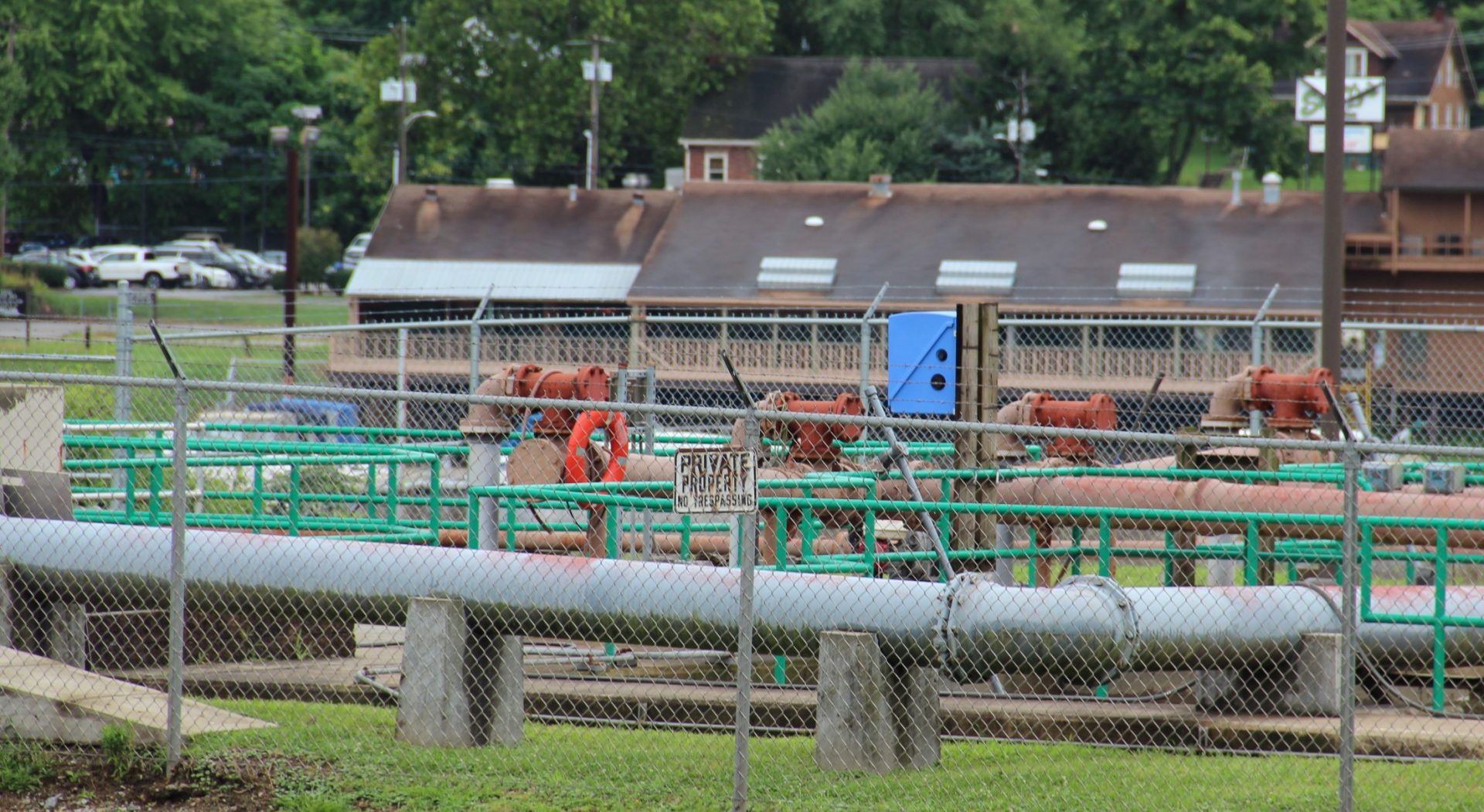 The Belle Vernon sewage treatment plant is shown in September 2019.

The DEP asserts that what the plant was putting into the river was safe — that by the time the radium and other contaminants discharged by the plant ended up at the nearest drinking water plant, it was diluted by the river’s high volume.

But that explanation didn’t sit well with the man in charge of that drinking water plant.

Chad Warfield, director of operations at the Charleroi Water Authority, which provides drinking water to around 30,000 people, said he found it “alarming, to say he least” when he learned what was coming down the river from Belle Vernon. He ordered his staff to test the water in nearby streams, but there was one problem: He wasn’t sure what to look for.

“The problem was, nobody knows what’s exactly in the leachate,” Warfield said.

“You know it’s…frightening, to be blunt, that it went on that long and they were experiencing those issues and…it was let go.”

But the case raises a question — are other landfills and treatment plants at risk?

The DEP says no. No one from the agency agreed to be interviewed for this story. But in emails, DEP spokeswoman Elizabeth Rementer said Belle Vernon’s case was “unique.” There are 16 other treatment plants in the state that take leachate from landfills that accept fracking waste. Those landfills are required to “pre-treat” that leachate to make it safe for the sewage plant.

But, StateImpact Pennsylvania found, that’s only in the case of bigger sewage plants that handle five million gallons a day or more; for smaller ones, like Belle Vernon’s, the law is less clear. In those cases, the treatment plants themselves are supposed to know of any changes to the waste they receive from industrial users, like landfills.

“DEP would generally expect that the (treatment plant) would provide adequate notice of this change,” Rementer said in an email. She said the DEP doesn’t consider this a “loophole” in the regulations, but said implementing the requirements was “subject to a certain level of interpretation, including the extent by which a (treatment plant) is expected to investigate potential changes to its…waste stream.”

Kruppa said he learned of the loophole in state law when he told a DEP official that the landfill’s waste was affecting his plant.

“He said, well, that you are the entity that would be responsible for that. I said, so there’s nothing you could do for me? He said no. You are the DEP to them, essentially.”

The problem is, the landfill has no obligations under state or federal law to tell the treatment plant about changes to its waste stream. So even though the state knew the landfill was taking drilling waste, Kruppa said, no one told anyone at his plant.

“What they were sending us was industrial waste,” Kruppa said. “Those things need to be treated differently.”

Other plants could find themselves in a situation similar to Belle Vernon’s.

According to a review of state pollution permits, 12 other smaller plants fit into the same category as Belle Vernon. They’re too small to automatically qualify for stricter regulations on leachate, and have to police the landfills themselves. The DEP couldn’t immediately say whether those landfills were pre-treating their leachate.

The state insists no one was endangered by the leachate issues in Belle Vernon. Its water quality monitors along the Monongahela River were all below the EPA standards for radiation.

But Avner Vengosh of Duke University, said he sees real problems with the state’s practices.

“They never learned anything through the last 10 years of studies,” said Vengosh, an environmental chemist who’s measured pollutant levels in the stream sediment near treatment plants in Pennsylvania that process liquid oil and gas waste.

He’s found radium levels in some sediment high enough to qualify as radioactive waste under federal law. He wonders if the same type of accumulation could be happening in the river near Belle Vernon’s site, and thinks the sediment should be tested.

“I predict that the radium will start to accumulate on the sediments at the bottom of this discharge site,” Vengosh said. “The radioactivity level could be really high. And of course the risk is that once there is high radium in the sediments, there is incorporation into the ecological chain.”

A spokeswoman for the landfill didn’t answer emailed questions or agree to an interview for this story. The DEP said it’s working on installing a pretreatment system to handle the site’s leachate. The landfill is negotiating with another sewage plant to accept its leachate. That plant is in Donora, just five miles downstream of Belle Vernon.