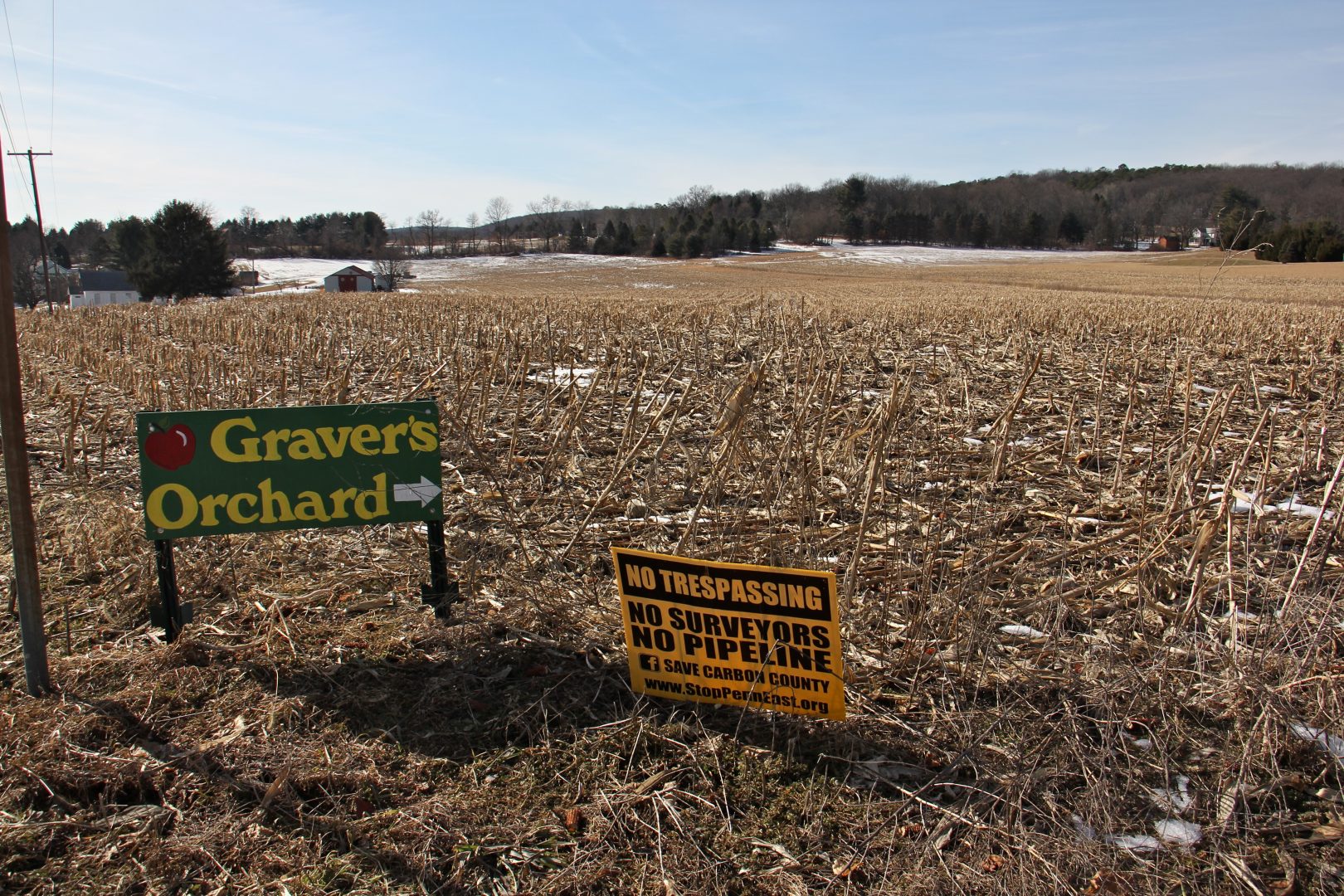 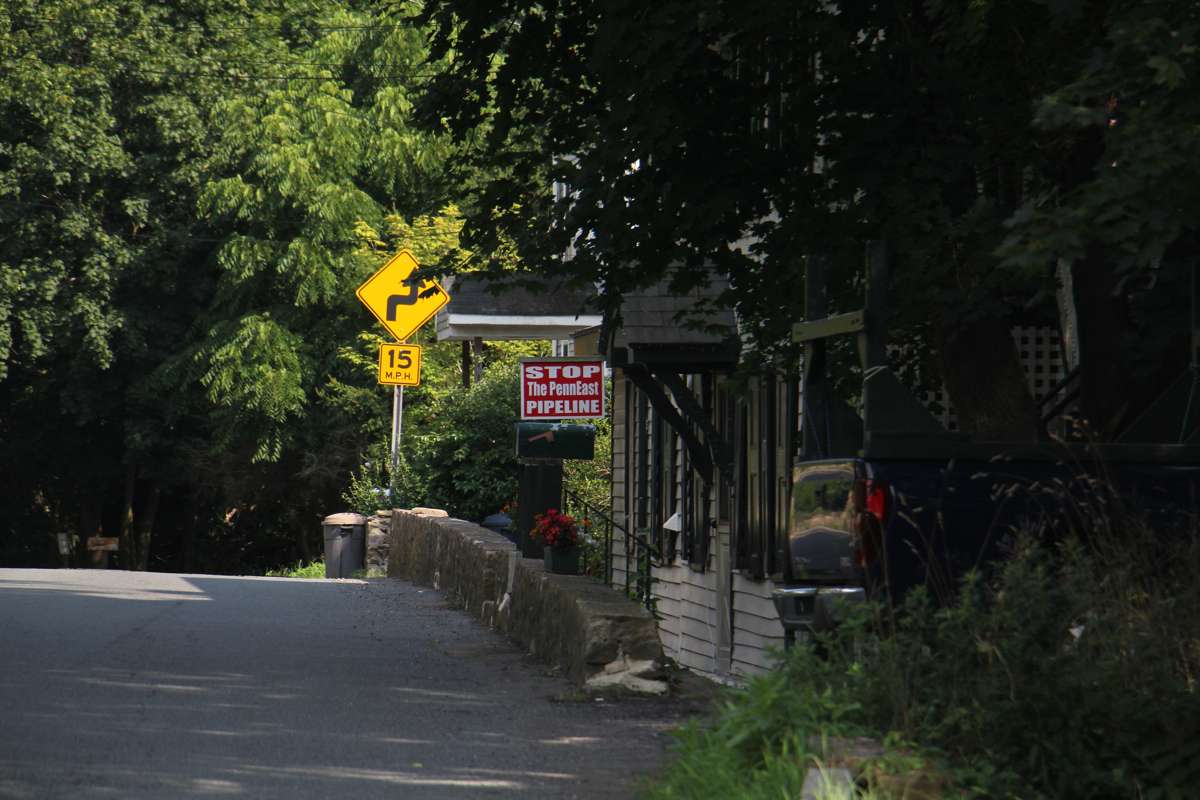 A sign opposing the PennEast pipeline in Frenchtown. The Third Circuit Court of Appeals ruled in favor of New Jersey, saying the seizure of public land violates the constitution.

On Tuesday, a three-judge panel of the Third Circuit Court of Appeals reversed a lower court’s decision, saying that condemning public land violates the 11th Amendment of the Constitution.

The PennEast pipeline company wants to build part of its natural gas pipeline through 44 state-controlled parcels of land in New Jersey. The Federal Energy Regulatory Commission had granted the company eminent domain authority, which it can use to seize land from uncooperative property owners.

“We will not hesitate to stand up to private companies when their actions violate the law — or, in this case, the U.S. Constitution,” Grewal said in a statement. “From the very beginning, we have made clear that the Eleventh Amendment prohibits private pipeline companies like PennEast from condemning state properties for private use, and we’re pleased that the Third Circuit agreed with our position. This is great news for New Jersey and the environment.”

The project has gotten approvals by Pennsylvania officials, but has met much greater opposition in New Jersey.

PennEast argued the federal Natural Gas Act allows it to condemn property along the pipeline route. A spokesperson for the company says it is reviewing the decision and considering its next steps.

The more than 40 properties at issue in the case include public state-owned land as well as private land with conservation easements. The project would cross dozens of waterways and wetlands, as well as the main stem of the Delaware River. PennEast says it will minimize impacts to waterways by drilling beneath streams where possible, and restore streambeds after construction is completed.

Environmentalists who are fighting the project praised the Third Circuit decision. The Delaware Riverkeeper’s Maya Van Rossum said the ruling could have wider implications.

“This is a huge blow against the PennEast pipeline project, it is a huge victory for states and states rights,” she said.  “And the ramifications of this decision are going to reverberate across the entire nation.”

A decision by the Third Circuit could have some influence in other pipeline battles across the country, but it doesn’t carry the weight of a Supreme Court decision.