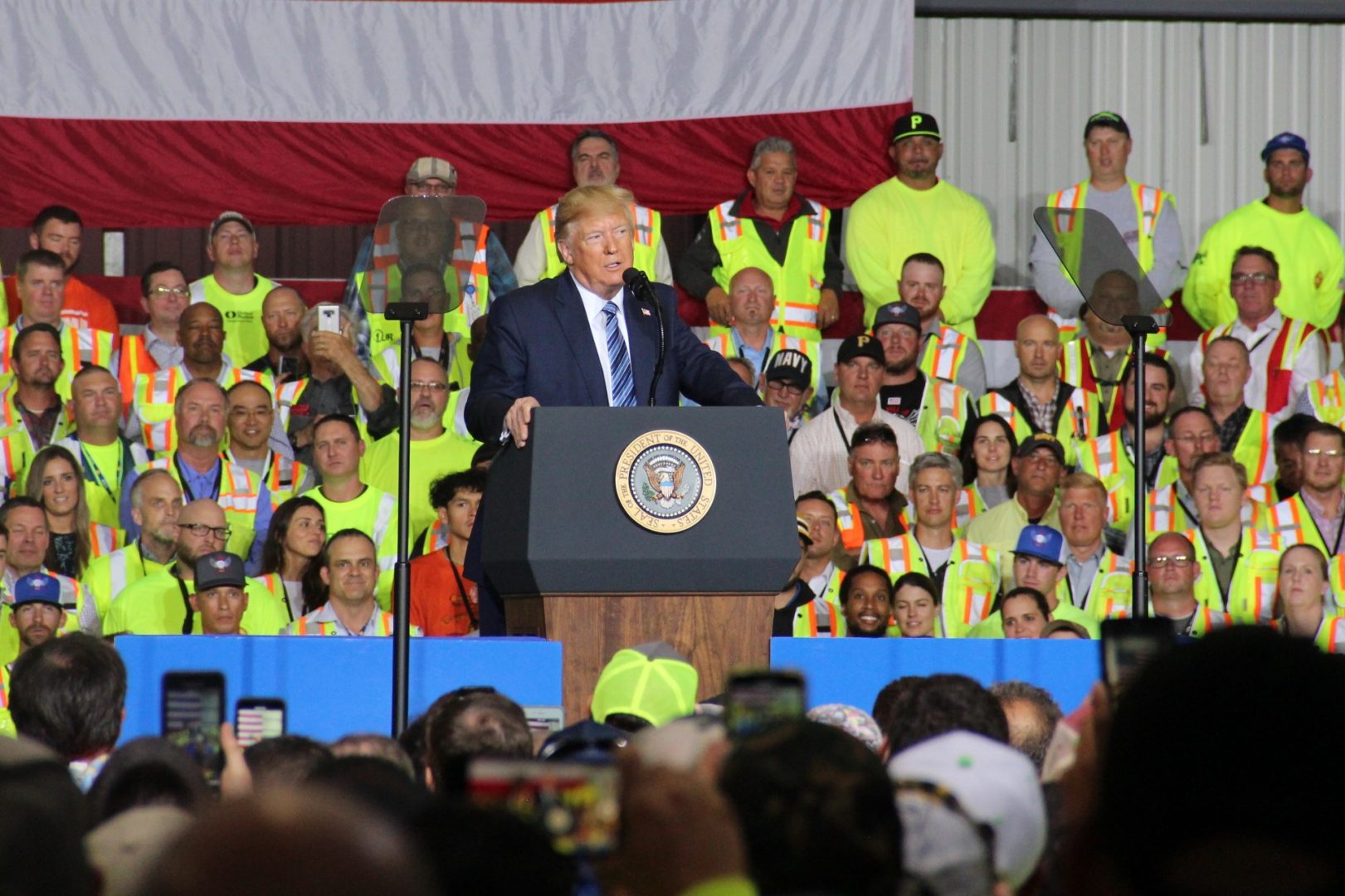 President Donald Trump’s visit to the Shell Petrochemicals plant under construction in Beaver County was billed as an official White House event – not as a campaign rally.

But it was often hard to tell the difference during Trump’s hour-long speech before thousands of enthusiastic plant-construction workers.

“You finally have a president of the United States who is loyal to you,” he said near the conclusion of remarks that began with him boasting about the size of his 2016 election win, including his poll numbers in other states. He revisited his disdain for the media, telling workers that he’d love to operate one of the dozens of cranes on site.

“We’ll put the media on it and I’ll give them a little ride,” he said.

He also mocked Democratic presidential contender Elizabeth Warren as “Pocahontas” – a reference to Warren’s prior claims to Native American ancestry that has itself caused offense.

“I don’t know who’s going to win,” he said. “But we’ll have to hit Pocahontas very hard if she comes back.”

Several times Trump has said Shell’s ethane cracker would not be happening if he had not been elected. Shell decided to build the cracker in 2016, before the election.

And he repeatedly suggested that the fate of the workers before him depended on the outcome of next year’s election – and that they might not have had jobs at all were it not for the last one.

Democrats “see factories like this one not as a cause for celebration but … condemnation,” he said. And as for 2016, “If my opponent won … you would have stopped construction before you started too much. … Without us, you would never have been able to do this.” 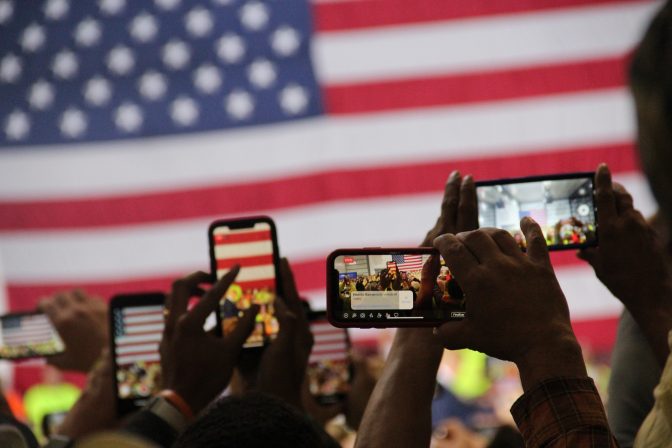 Work on the site, which will use natural gas to manufacture plastics, actually predated Trump’s election, as did much of the growth in drilling for natural gas in Pennsylvania. But Shell executives praised Trump for advancing the construction of pipelines that would fuel the plant, and after the speech, Energy Secretary Rick Perry said Trump’s remarks about energy policy were actually directed at the field of Democratic contenders in the 2020 election.

In a background call with reporters Monday, a White House official acknowledged that the plant predated Trump. Still, the official said, the site is fitting backdrop for the speech in that “it shows the importance of having a broader economic strategy which starts with energy dominance.

“This facility shows the benefits of a comprehensive strategy on dealing with the revival of manufacturing in the United States,” the official said.

Trump appeared to occasionally veer from his unscripted remarks and touch on his prepared speech. In more restrained passages, he offered praise for American workers, executives of the companies working on the site, and American fossil fuel reserves, which he called “the greatest treasure on the planet: American energy. And we don’t want people taking that away from us.”

Trump has bragged of his efforts to “unleash energy dominance,” an agenda that includes the rollback of regulatory and environmental protections. It also focuses heavily on fossil fuels. A White House briefing paper on the strategy makes no mention of solar, wind or other renewables. Trump’s only mention of renewable sources was to mock wind power, falsely suggesting that electricity would go out if the wind stopped blowing.

Protestors gather in front of the Beaver County Courthouse to protest Trump’s visit to the cracker plant. pic.twitter.com/9HXuXocBRq

It was the kind of performance environmentalists had feared.

“His presence in Beaver [Tuesday] will signal his strong support for the petro industry. And that’s exactly the wrong signal to be sending out right now,” said Matthew Mihalek, executive director of the Breathe Project, prior to the speech.

Given the threat of global climate change, “We think this is the wrong direction for the entire Ohio Valley, because it will lock into place the wrong infrastructure at the worst possible time,” Mihalek said. “It’s a structure that will be built for 50 or 80 years, and we’re severely concerned that it will give the Ohio Valley a reputation for pushing the planet over the edge.”

The plant, he said, is permitted to release 2 million tons of carbon dioxide, the gas principally responsible for global warming.

Trump appeared unfazed by such concerns. Asked about the environmental damage done by the plastics that the Shell plant would manufacture, Trump told reporters before his speech, “Plastics are fine, but you have to know what to do with them.  But other countries are not taking care of their plastic use and they haven’t for a long time.  And the plastic that we’re getting is floating across the ocean from other places, including China.

While China is the largest producer of plastic, it’s followed by the U.S., which only recycles 9 percent of plastics – less than China and the Europe. According to the EPA, in 2015, the U.S. was responsible for nearly 19 percent of non-recycled plastic.