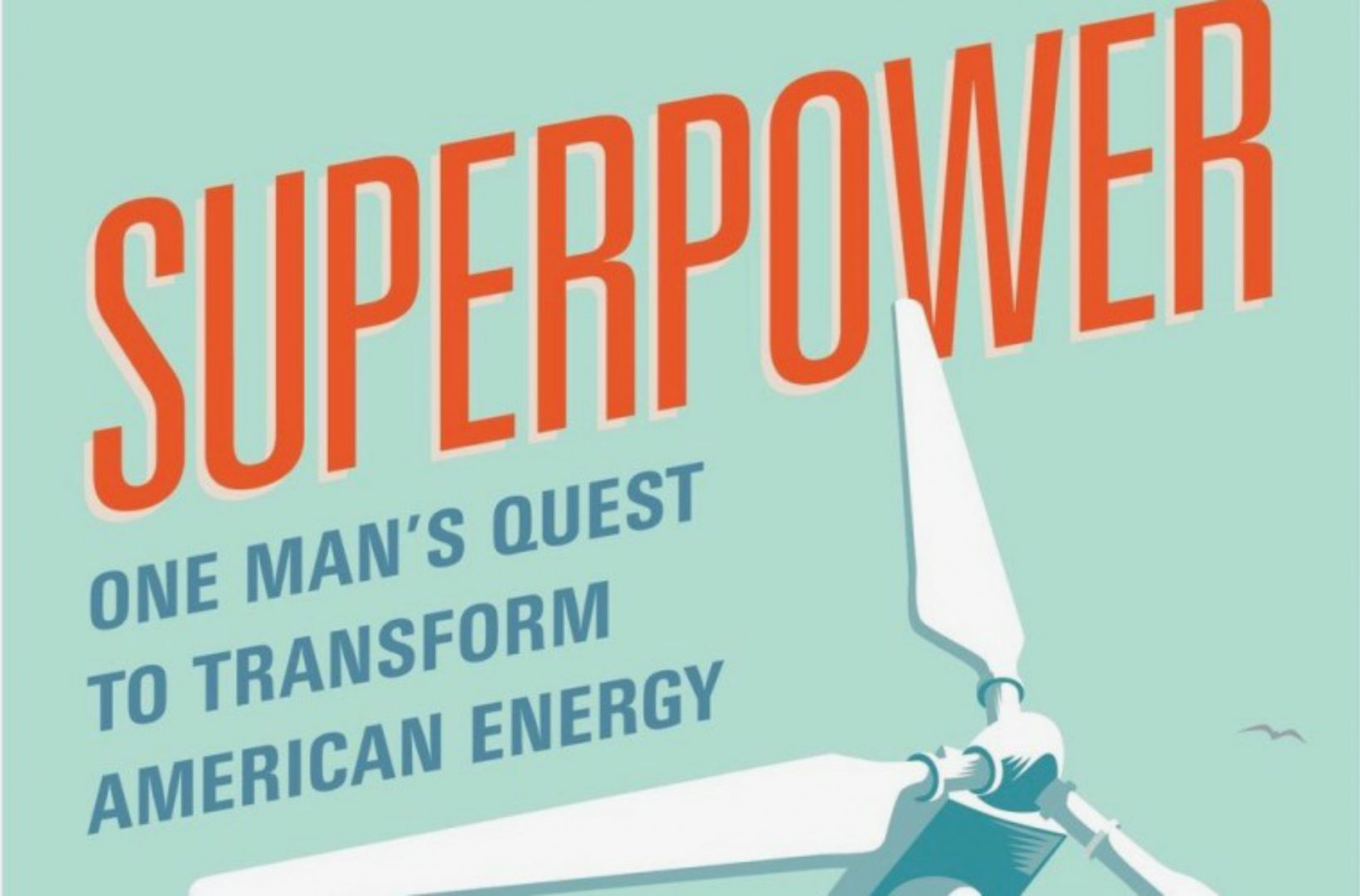 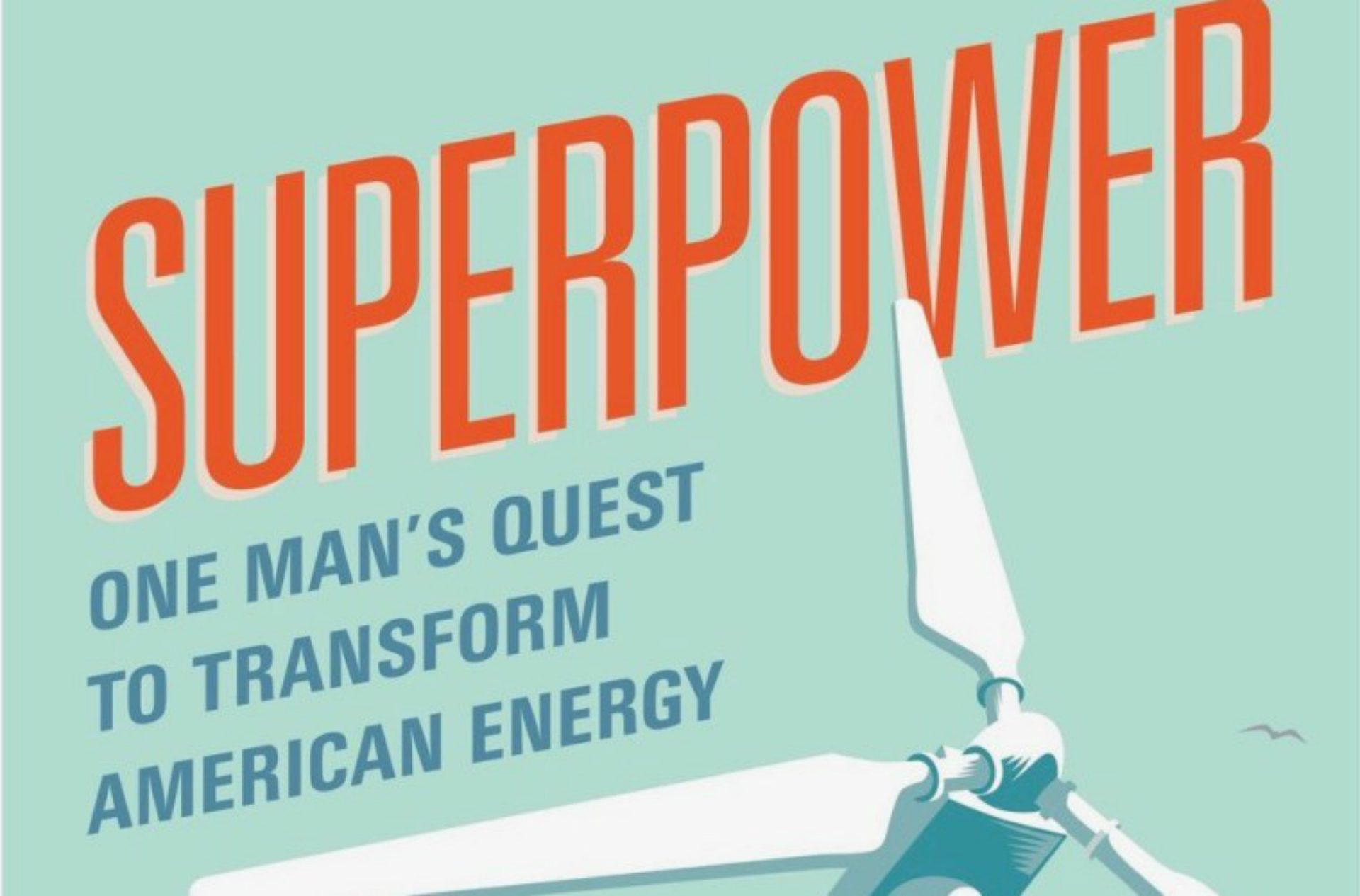 PJM Interconnection is the U.S.’s  largest, but just one of many, regional transmitters of electrical power across the country. There’s a patchwork of grids providing reliable power to Americans, and they mostly rely on fossil fuels to keep a steady flow of electricity.

A new book, by Wall Street Journal energy reporter Russell Gold, looks at one man’s mission to get more renewable wind energy online, and into American homes and businesses. The Allegheny Front’s Kara Holsopple spoke with Gold about the book, called Superpower: One Man’s Quest to Transform American Energy.

Listen to the interview:

KH: It’s a non-fiction book, but your protagonist is Michael Skelly. Just say a little bit about his background and who he is.

The job he eventually found was to go back to Costa Rica and build, I believe,  the first tram that you could take to travel through the rainforest. He built that, and then he sort of looked around and said, “Well, what else do I want to do? I kind of enjoy the challenge of building a big project.”

So he got into building renewable energy. This is in the 1990s, and renewable energy really hadn’t started to take off yet. He ended up coming back to the United States, and built some very small wind farms in Pennsylvania, not too far from Pittsburgh, and in Minnesota and California.

KH: So Skelly got really good at setting up successful wind power stations across the country. He knows how to generate wind regionally, but the real question is how to get it to more customers, and how to get more of it online. The meat of your book is when Skelly turns his attention to the idea of transmitting wind power across the country. It doesn’t go smoothly. What kinds of obstacles does he face?

RG: Right, so Skelly — and everyone calls him Skelly. I’ve never met anyone who calls him Michael — Skelly, was looking around, and he sort of came to the conclusion that the one thing holding back renewable energy was that it needed more transmission lines.

What I mean by that is that in the middle of the country–in Oklahoma and the Texas panhandle, or Kansas–the wind is just phenomenal there. You can generate lots of energy at a really low price. It’s just there are not many people out there, and there’s not much demand for the wind.

The transmission lines are very big electrical lines that can move power over long distances. So he set out to build a privately funded transmission line that would go from the Oklahoma panhandle all the way across Oklahoma, across Arkansas, and into Tennessee. The reason he wanted to get into Tennessee is that the Tennessee Valley Authority has a great transmission network there. [TVA] was planning to build about two dozen nuclear power plants at one point, but they only ended up building 8 or 9. So they had lots of excess transmission.

So if you could get energy across the Mississippi, into the Memphis area, then you could piggyback on existing transmission, and frankly get the power anywhere you needed it: Atlanta, Philadelphia, Washington, or up into Pittsburgh.

So that was his plan, and he encountered lots of difficulties along the way, mostly in the way we’ve set up our power system. We’ve created these regional energy utilities, these little states within electricity. Someone made the observation, which I think is absolutely true, that we don’t have a single electrical system in the United States, we have 50 different systems.

Every state is looking very much inward to develop its own grid, and to make sure its people are served. Nobody was looking at the ways in which, if you tie together multiple states, you can have benefits. It was a real problem. He encountered a lot of incumbent utilities, and also politicians, who frankly just didn’t want to change the status quo.

KH: We should say the reason that Tennessee or states in the southeast might want to buy wind energy from the plains and from the West is because it’s not that easy to generate wind power in the southeast.

RG: That’s right. There is one wind farm in Tennessee, and it only generates electricity about 20 percent of the time. Now compare that to what goes on in the Great Plains. These wind turbines are not up on top of mountains, and so are not blocking viewsheds. A good location will generate wind 50 – 60 percent of the time. It’s a huge difference.

KH: A theme in the book is that there’s a long history — right up to the present — of states, or even local communities opposing the transmission of wind or other power across state lines. But advocates, like Skelly, argue that we all benefit from cleaner power as a nation. Has this tension been resolved in any way?

RG: No, these tensions are very much still there. This is one of the things, when you write about energy, which I have done for a long time, you keep coming across time and again. It’s sort of the “What’s In It For Me” perspective.

One of the big holdups in this transmission line that Skelly proposed was that the people of Arkansas, where the line was crossing, were asking, “What do we get from this?”  They were being offered jobs. They were being offered some of the power, but they just felt like look this was being imposed on them. And we’ve seen this before.

We saw it up in Minnesota in the 1970s, when there was this now forgotten “energy war.” The farmers of Minnesota literally went to war, and tried to stop a power line from being built across their land because they didn’t feel like they were getting anything from it.

The power grid in the United States has the potential to bring us all together, and to deliver electricity from one part of the country to another when it’s needed — and sometimes at a price that’s beneficial. But it’s not going to work if everyone sort of looks at their backyard and says, “Well, what’s in this for me? I don’t want this.”

You know, I wrote about it in this current book, Superpower, but I also wrote about it my last book, The Boom, about fracking. People in Pennsylvania, around Pittsburgh, and out in northcentral Pennsylvania, were generating all this natural gas that was going to the cities and elsewhere, and other people were benefiting from them. They were saying, “Why do we have to be the ones who sacrifice to generate all this natural gas?”

I found a similar resistance with renewable energy, which frankly really surprised me, because renewable energy transmission lines don’t pollute. once they’re installed, you kind of tend to forget where they are.

KH: Michael Skelly’s plan ultimately failed. His company was sold off into pieces, but it doesn’t seem like he feels like that was a failure.

RG: Well, you know, Michael Skelly is a fascinating character.

I focused in the book on one particular transmission line, which was really the most notable of the transmission lines. But his company, Clean Line Energy Partners, was working on three or four different lines. Two of those lines look like they actually might get built. He had to sell them off, but the people who bought them are actively pursuing it.

The idea that he was trying to push — that if we build transmission, it will spur a massive amount of renewable energy growth — that idea, I think, is still very much alive.

I look at something like offshore wind. For 20 years, some of the pioneers of offshore wind were trying to advance projects, and just running into a buzz saw of political pushback and lawsuits.  We’re going to ultimately have 20 nuclear power plants worth of offshore wind within the next 10 years.

So sometimes it takes that pioneer to just sort of push the rock up the hill, and sometimes the rock slips and falls back and sort of crushes him. But other people are watching and learning. I think that’s very much the case here.

We’re going to see more long distance transmission built and it’s going to open up the middle of the country to very large amounts of renewable energy generation.