American Federation of Government Employees officials protest the new contract which requires them to vacate their offices in EPA headquarters across the country this week.

In Philadelphia, union officials protest their ouster from EPA offices 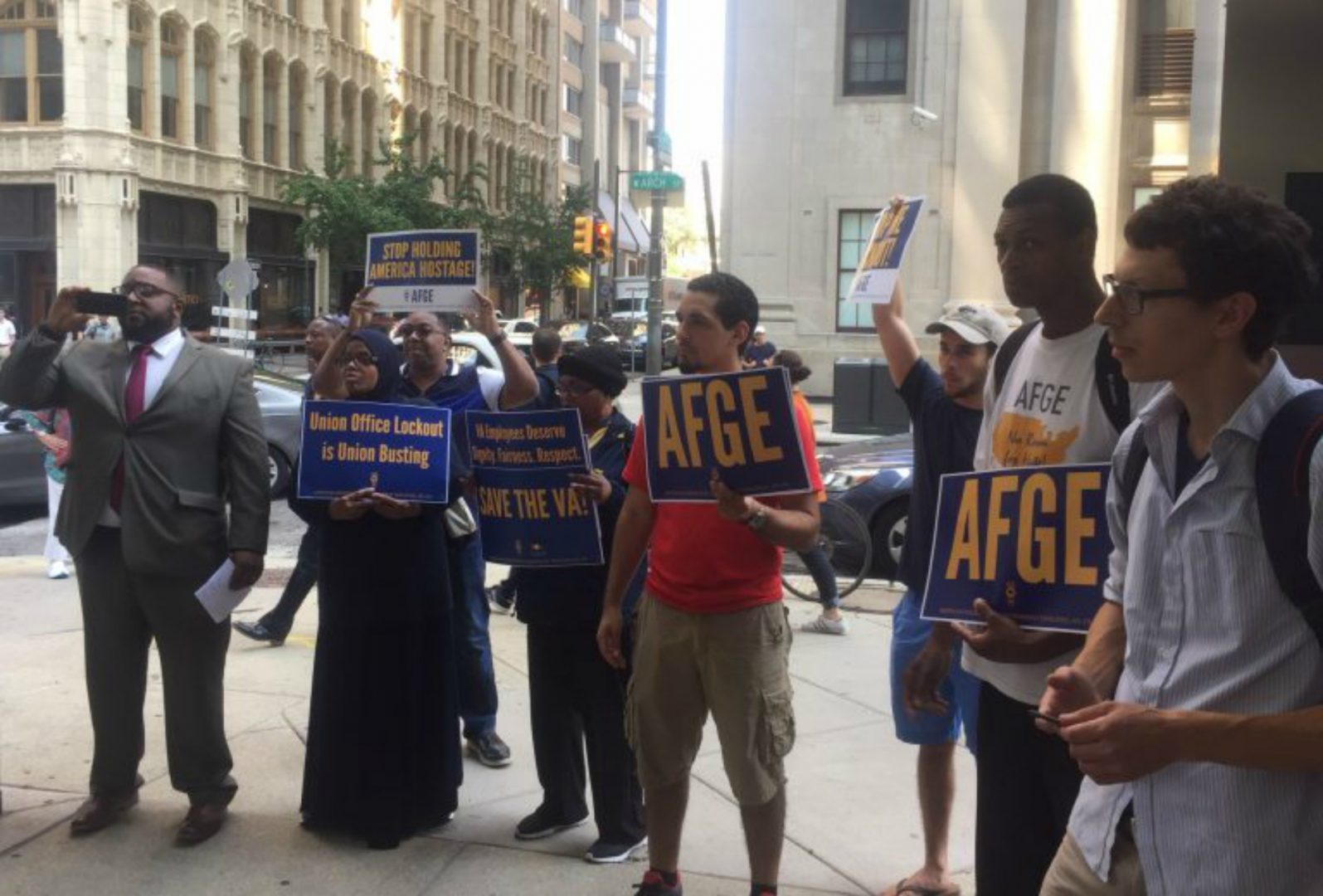 American Federation of Government Employees officials protest the new contract which requires them to vacate their offices in EPA headquarters across the country this week.

Dozens of union members and their supporters rallied outside the Environmental Protection Agency’s headquarters in Philadelphia Thursday, in a protest organized by the American Federation of Government Employees to call attention to a new labor contract the EPA imposed on its workers a month ago.

The new contract requires union officials to vacate their offices in EPA headquarters across the country this week. The union said the move will hinder workers’ ability to communicate with their representatives. The contract also reduces employees’ rights to file grievances with the union over management’s decisions.

One such decision regarding teleworking is causing anxiety among employees. Previously, many of the agency’s employees were on atypical schedules and worked from home three to four days a week. That allowed them to perform site inspections all over the state.

The new contract limits teleworking to one day, requiring employees to commute to the Center City Philadelphia office for the remainder of the week. Marie Owens Powell, president of AFGE Local 3631, said that might lead people to quit their jobs.

“Some live up to 150 miles away from the regional office. It’s just not doable,” she said. “So those people are going to have to take a serious look as to whether they can continue working here or not.”

U.S. Rep. Brendan Boyle, a Democrat who represents Northeast Philadelphia, attended the rally and said he has deep concerns about the impact on morale at the agency.

“We have incredible water-quality issues in the suburbs of Philadelphia,” Boyle said. “Having EPA there is critical. So if suddenly you see a hollowing out of EPA, which we are starting to see elsewhere in the country, that would have a demonstrable effect on the quality of our environmental protection.”

One union member who attended the protest confirmed Boyle’s concerns. Natalie Katz, an attorney with the EPA, said it feels like the agency keeps imposing new rules on the workers spontaneously, with little notice.

“It’s disrupting our productivity,” Katz said. “And if you’re distracted because you don’t know when the other shoe is going to drop, when something else is going to be changed, it’s hard to focus on the work.”

An EPA spokesperson said the agency implemented the new contract after AFGE walked away from the bargaining table in June. There has been a complicated history of delays since 2016, when the union did not approve an earlier version of the contract that was negotiated, the EPA spokesperson said.

“The [new] contract provides more accountability and efficiency in dealings between the union, employees, and management, consistent with the direction set by the administration,” the spokesperson said. “The contract was designed to benefit both EPA employees and the American public, and still includes workplace flexibilities and options for union representational activities.”

AFGE said the new contract is the result of executive orders issued by President Donald Trump last year designed to weaken federal unions. It plans to fight the contract in court and solicit support for new legislation from Congress.

The EPA protesters in Philadelphia were joined by union officials representing employees at the Department of Veterans Affairs and the Department of Housing and Urban Development. They, too, are being removed from their offices within those agencies’ headquarters.