A sinkhole that opened up in January was surrounded by orange plastic fencing outside a suburban home at Lisa Drive in West Whiteland Township, Chester County. 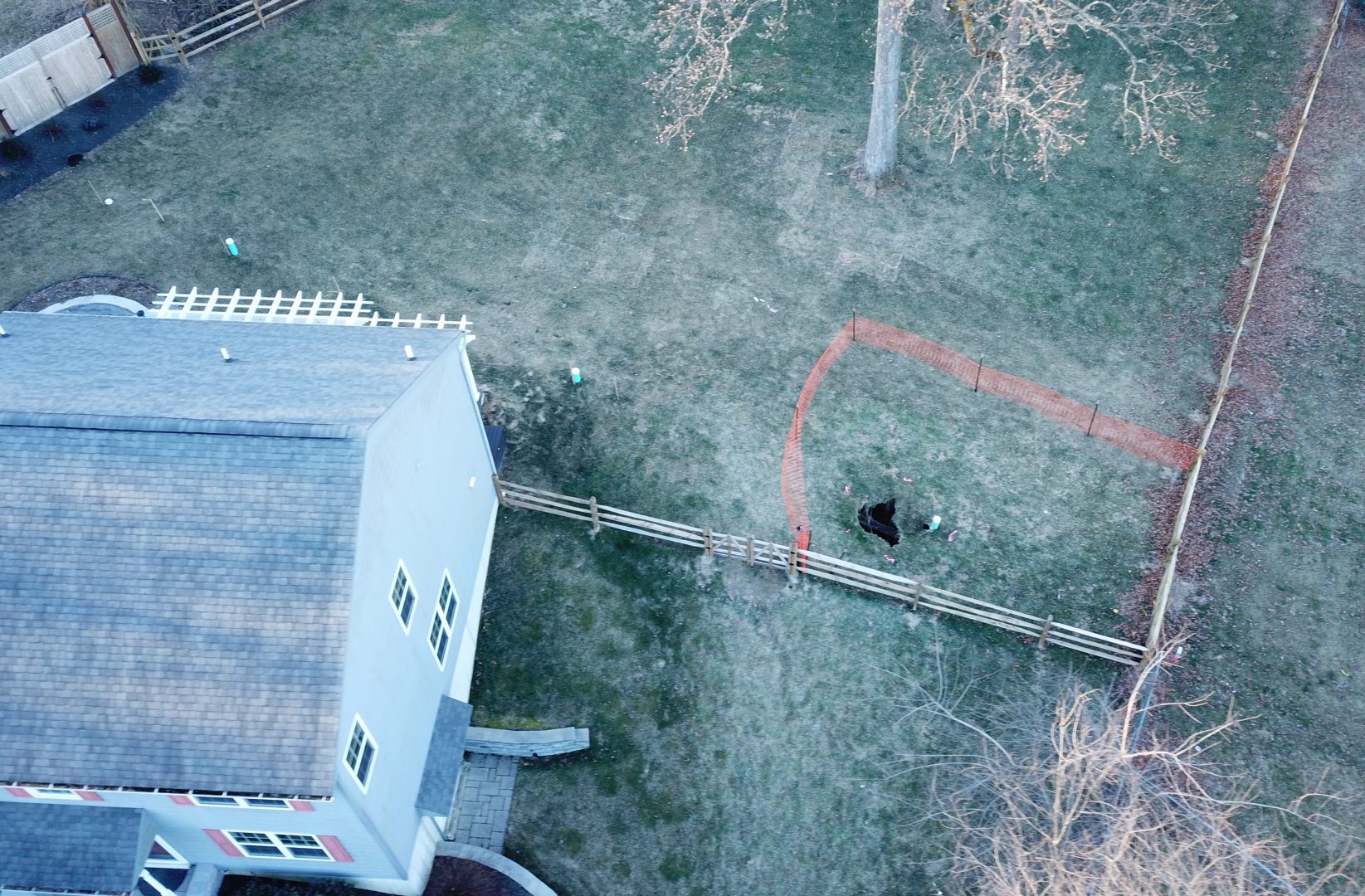 A sinkhole that opened up in January was surrounded by orange plastic fencing outside a suburban home at Lisa Drive in West Whiteland Township, Chester County.

DA Thomas Hogan said Michael Robel, 58, of Shamokin in Northumberland County and Kareem Johnson, 47, of Coatesville in Chester County also violated laws on bribery when they worked for Raven Knights, a Harrisburg company that was hired by Sunoco to provide security for pipeline construction.

As state constables, the defendants are elected officials who are authorized for tasks including transporting criminal defendants, serving arrest warrants, and in limited circumstances making arrests, Hogan said in a news release.

But he said they are not allowed to hire themselves out as security guards while working as constables, and must declare any income of $1,300 or more.

During 2018 and 2019, Robel made $27,995 by working for Sunoco Pipeline in Chester County, while Johnson made $36,785 for the same work in 2018 but did not report the income on a statement of financial interests, as required by a state ethics law, Hogan said.

In December 2018, Hogan announced a criminal investigation into the troubled Mariner East project, saying that it had caused sinkholes, contaminated water, and led to “not so subtle bullying” of residents. He said possible charges included risking a catastrophe, and criminal mischief. The investigation has since been joined by prosecutors in neighboring Delaware County, and the state Attorney General’s office. Hogan’s chief of staff, Charles Gaza, said Thursday that the defendants worked for Sunoco for about a year.

“We cannot have elected law enforcement officials hiring themselves out and using their public positions for personal profit,” Gaza said in a statement. “It undermines the integrity and independence of law enforcement and our government.”

He said Sunoco will no longer be able to hire state constables to do private security work in Chester County, and he urged other county prosecutors to check on whether similar “abuses of power” were taking place in their districts.

According to the complaint, Johnson’s activities included instructing a freelance journalist not to step into the street at Lisa Drive, where sinkholes opened up during pipeline construction starting in late 2017.

The complaint against Robel said he told a plain-clothes detective not to park on a part of Lisa Drive near where Sunoco was working. Robel was wearing a firearm and displayed a state constable badge, the complaint said.

Sunoco, a unit of Energy Transfer, said the defendants were not employees of either company.

“They were employed by Raven Knights, who provided security services and personnel,” said spokeswoman Lisa Coleman. “We have a code of conduct for all of our contractors and third-party vendors that clearly states what are acceptable behaviors and business practices, and we expect our contractors and their employees to adhere to that.”

A person who answered the phone at Raven Knights confirmed that the defendants worked for the company, but otherwise declined to comment.

Perry De Marco, Jr., an attorney for Robel, said he would vigorously defend his client. “In large part, the government is absolutely reaching with some of these charges,” De Marco said. “Some of them are not even rooted in the criminal code. They are grasping at straws, and we are looking forward to vigorously defending this case.”

It could not be determined if Johnson had a lawyer.

The charges include “official oppression,” meaning that the defendants were using their status as constables to keep people away from public property where they had a right to be present, Gaza said.

If Sunoco had required Raven Knights to hire security guards who had constables’ certification and would carry firearms, then Sunoco would be complicit but prosecutors don’t have sufficient information to support any such allegations, he said.

“Right now, we’re not charging anyone above the constables with being complicit in this,” Gaza said in an interview.

If found guilty on all five charges, the defendants each face a maximum of 24 years in prison, Gaza said.

Gaza said the defendants’ activities were discovered during the ongoing criminal investigation, which was expanded this week to include an explosion at a Mariner East pumping station on Boot Road in West Goshen Township.

Sunoco has denied any criminal wrongdoing.