Leatra Harper started the FreshWater Accountability Project because, she said, she wanted to protect Ohio waters from the effects of natural gas development.

Fracking in Ohio: Citizens stepped in to protect water when the state did not

Ten years ago, the fracking industry was already booming in Pennsylvania, but people in Ohio were just starting to hear about it. Many were excited that it would help eastern Ohio’s struggling rural economy.

But Leatra Harper worried that the tradeoff would be their health and the environment.

Harper says her grandfather died from black lung. And his father had worked to unionize coal miners.

“I don’t know if this is in my DNA but I was just brought up that right is right and wrong is wrong,” she said.

Harper started the FreshWater Accountability Project, to protect Ohio waters from the next energy industry – natural gas. “If there’s something you can do, that’s on you.”

Each fracked well uses millions of gallons of water, mixed with sand and chemicals. Much of this brinewater can flow back to the surface as wastewater.

Harper heard that a company, Patriot Water Treatment, had started working with the city of Warren, to send frack waste through their sewage treatment plant. She calls it the beginning of her “…trip down the rabbit hole with the fracking industry.”

Warren hit hard by the recession

In Warren, that trip started in 2009, when Tom Angelo was director of the city’s Water Pollution Control Works. “Fracking was something of great interest. It had a lot of promise to it,” he said. 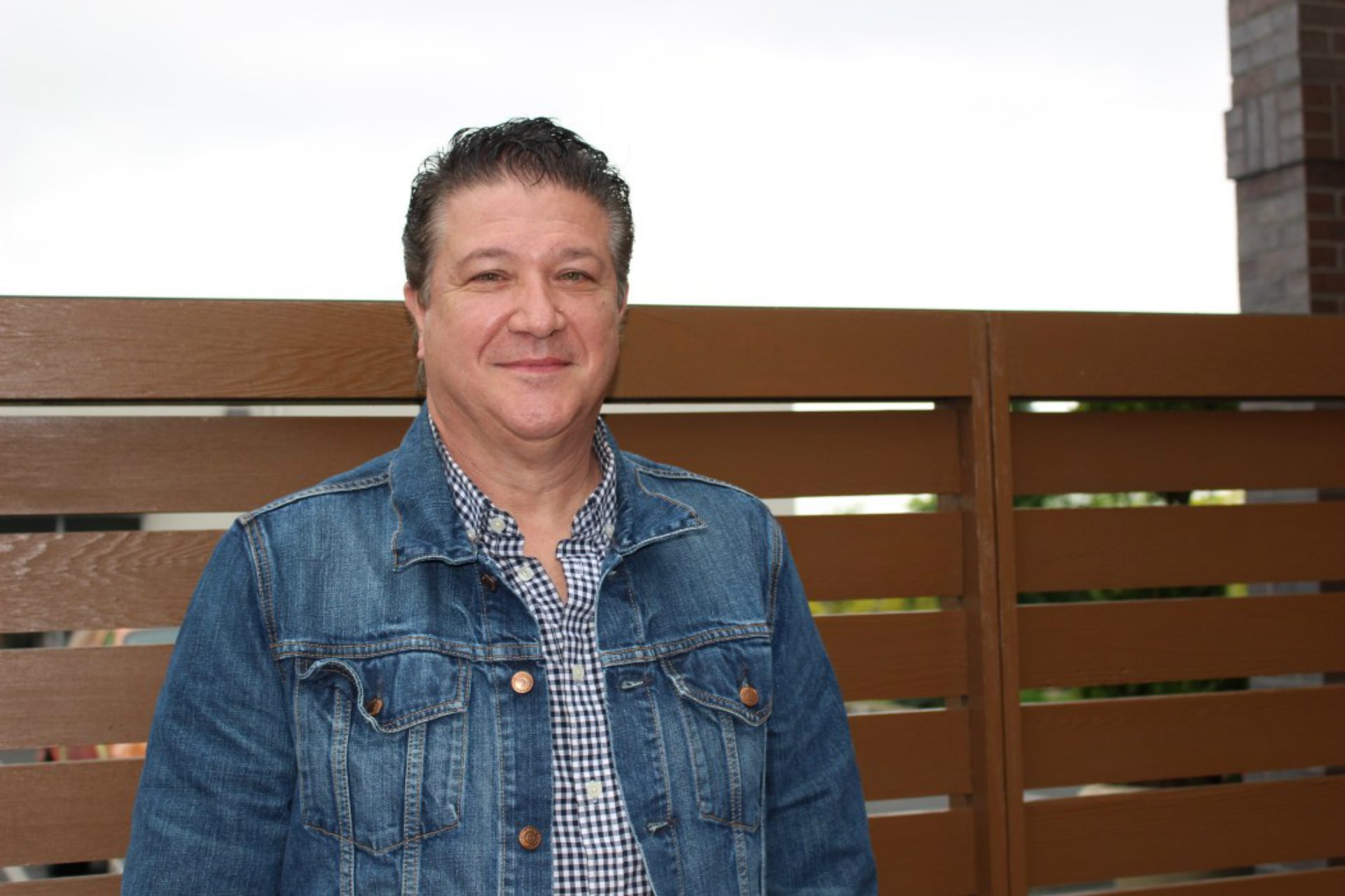 Tom Angelo is the former director of the city’s Water Pollution Control Works. He now is a consultant for Patriot Water.

The local economy had tanked in the recession, and according to Angelo the city lost millions in tax revenue. Even worse, to him, the city lost jobs for its residents.

Patriot’s proposal to Warren came at a good time. Angelo says it promised a million dollars a year in revenue.

“So when you’re looking at a two and a half million dollar deficit. You have choices,” he said.

The city chose to sign an agreement with Patriot and, after state approvals in 2010, began accepting Patriot’s wastewater.

According to Angelo, Patriot would treat frack wastewater, most of it from Pennsylvania and West Virginia, in its own treatment plant to remove heavy metals, and other pollutants before sending through the city sewers to Warren’s treatment plant, which would essentially dilute the wastewater. From there, it would be released to the Mahoning River.

The Mahoning joins the Shenango River in Pennsylvania, and forms the Beaver River – which is the drinking water supply for Beaver Falls and other communities.

It wasn’t long into the fracking boom when elevated concentrations of Total Dissolved Solids (TDS) known to be in fracking wastewater were found in the rivers in Western Pennsylvania. One pollutant in particular, bromide, forms chemicals linked with cancers and birth defects when mixed with disinfectants in drinking water treatment plants.

“We took it upon ourselves to appeal directly to Tom Angelo giving him our concerns,” Harper said. They shared studies showing high levels of radioactivity in frack waste, “…and other things that were completely ignored,” she said.

In a recent interview, Angelo still dismisses concerns about radiation in this wastewater. “It’s a naturally occurring radioactive material,” he said. “It’s not a problem. Relax.”

Angelo wasn’t alone in this view. Ohio lawmakers were also reclassifying radioactivity in frack waste to reduce regulation around it. 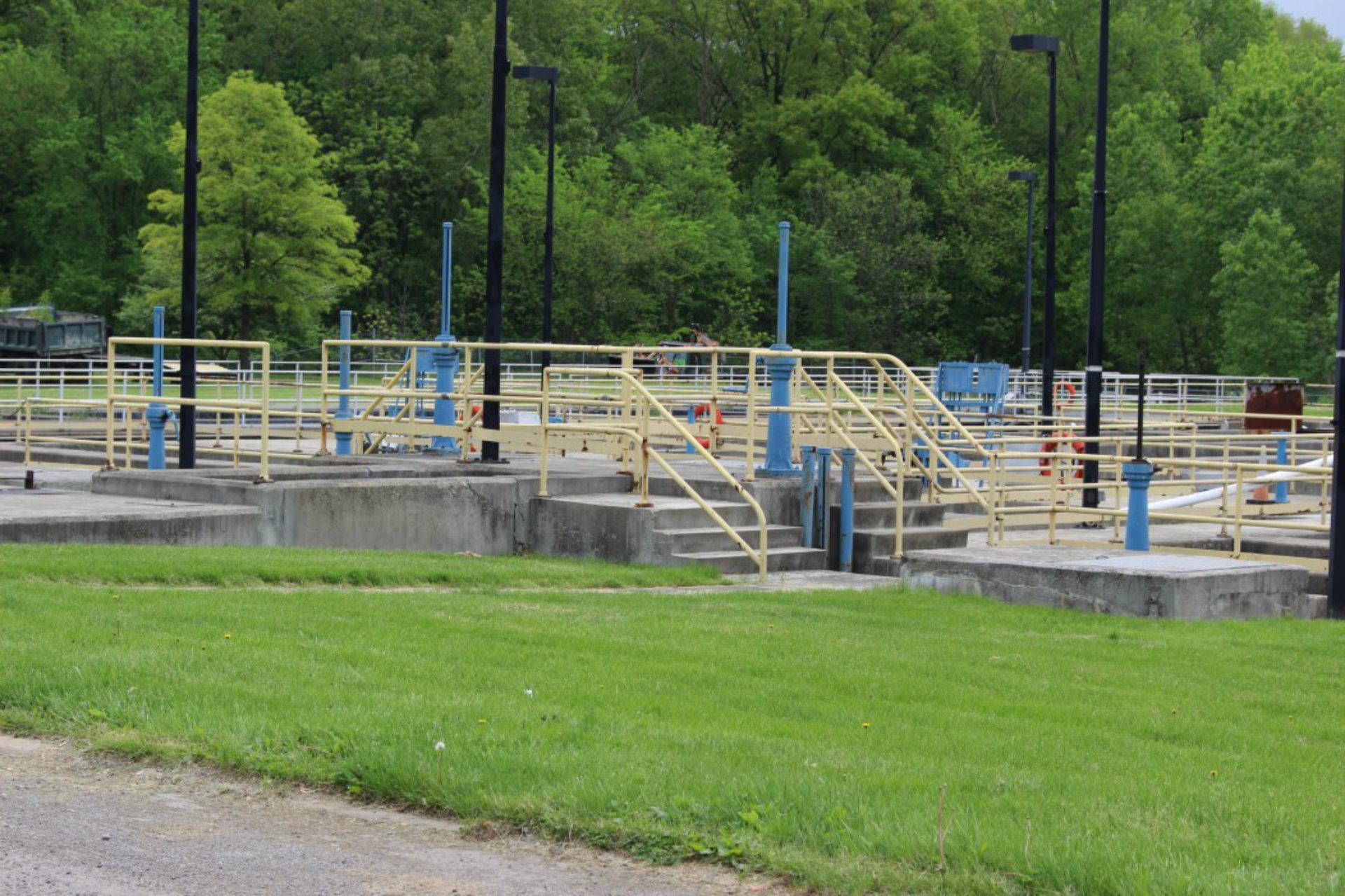 Saying ‘no’ to Patriot

Meanwhile, in 2012, Warren’s treatment plant permit to discharge waste into the Mahoning River needed to be renewed by OEPA. The new permit had a surprise for the city. It banned the sewage treatment plant from accepting oil and gas waste.

That was a “backhanded way of saying ‘no’ to Patriot,” said environmental attorney Megan Hunter, who worked with FreshWater Accountability Project.

This made Angelo, who was still director of Warren’s plant, angry. He says Patriot had built a $3.5 million treatment facility based on the previous approvals by the agency.

The city of Warren and Patriot sued the state.

Documents from the case, heard by the Ohio Environmental Review Appeals Commission (ERAC), show there was ambiguity around which agency had the authority to regulate the flow of frack waste through a public sewage plant: the Ohio EPA or the Ohio Department of Natural Resources (ODNR).

ERAC’s decision struck down Ohio EPA’s authority to prohibit Warren from processing oil and gas waste, and handed it to ODNR.

Both agencies declined an interview.

In an email, ODNR stated that after that case, it “never issued a permit or order to Patriot to treat oil and gas wastewater and send the water to the water treatment plant.”

But the way Angelo saw it, Patriot and the city had prevailed. “We won,” he said.

FreshWater Accountability Project was concerned about pollution going into the Mahoning River. When the group’s attorney, Megan Hunter, reviewed Warren’s pollutant discharge reports between 2014 and 2016, she saw violations.

“It was all right there. Warren was clearly violating its discharge permit,” Hunter said.

Not only was Warren violating its permit, issued by the Ohio EPA, Patriot was exceeding its discharge limits to the sewage treatment plant, set by Warren, for pollutants like zinc, ammonia, and, in one case 68 times the limit of Total Dissolved Solids (TDS), which includes salts known to come from frack waste.

By this time, Tom Angelo was retired from the city, and had started consulting for Patriot. And the environmental advocates found emails from the new director of the Warren treatment plant, Ed Haller, to city leaders and the Ohio EPA, outlining Patriot’s pollution violations, and their impact on the plant.

“[Haller] laid out in those emails that the waste [from Patriot] was so high in TDS, so high in salts, that it was harming their ability to process their own waste,” Hunter said.

But the city, and the state, continued to allow Patriot’s waste to flow through the sewage plant.

“They could have still said to Patriot, ‘This is oil and gas waste, and it is hurting our plant. And you have to adhere to this lower limit,’” Hunter said. “But they didn’t say that.”

Hunter said the government wasn’t acting, even though Patriot and Warren were clearly violating water permits.

The group then filed their lawsuit in federal court in June 2017. Within a month, Warren stopped accepting frack waste from Patriot.

And earlier this year, the city settled out of court with FreshWater Accountability Project.

The mayor of Warren, William Franklin, did not return The Allegheny Front’s calls for comment. The city services director, Enzo Cantalamessa, declined to comment, citing continued litigation related to this case.

Meanwhile, Harper of FreshWater Accountability Project has been vilified as a radical environmentalist who cost the city money. Harper says she put her group’s finances on the line for the public.

She says frack waste was harming the city’s own treatment plant, and potentially the drinking water for thousands of people downstream, and no one – not the city, not Ohio regulators – was stopping the industry. Until her lawsuit.

“[The lawsuit] was kind of as a last resort of course when all reason fails,” she said. “It’s very, very expensive and…sometimes it’s hard to find people to really stand up to that industry because it’s so huge and they have all the money and we don’t.”

But now, the U.S. EPA is shutting down this whole question. As of Aug. 29, 2019 the federal regulator is prohibiting public wastewater treatment plants across the country from accepting frack wastewater.

Inside one of Pennsylvania's most energy-efficient buildings