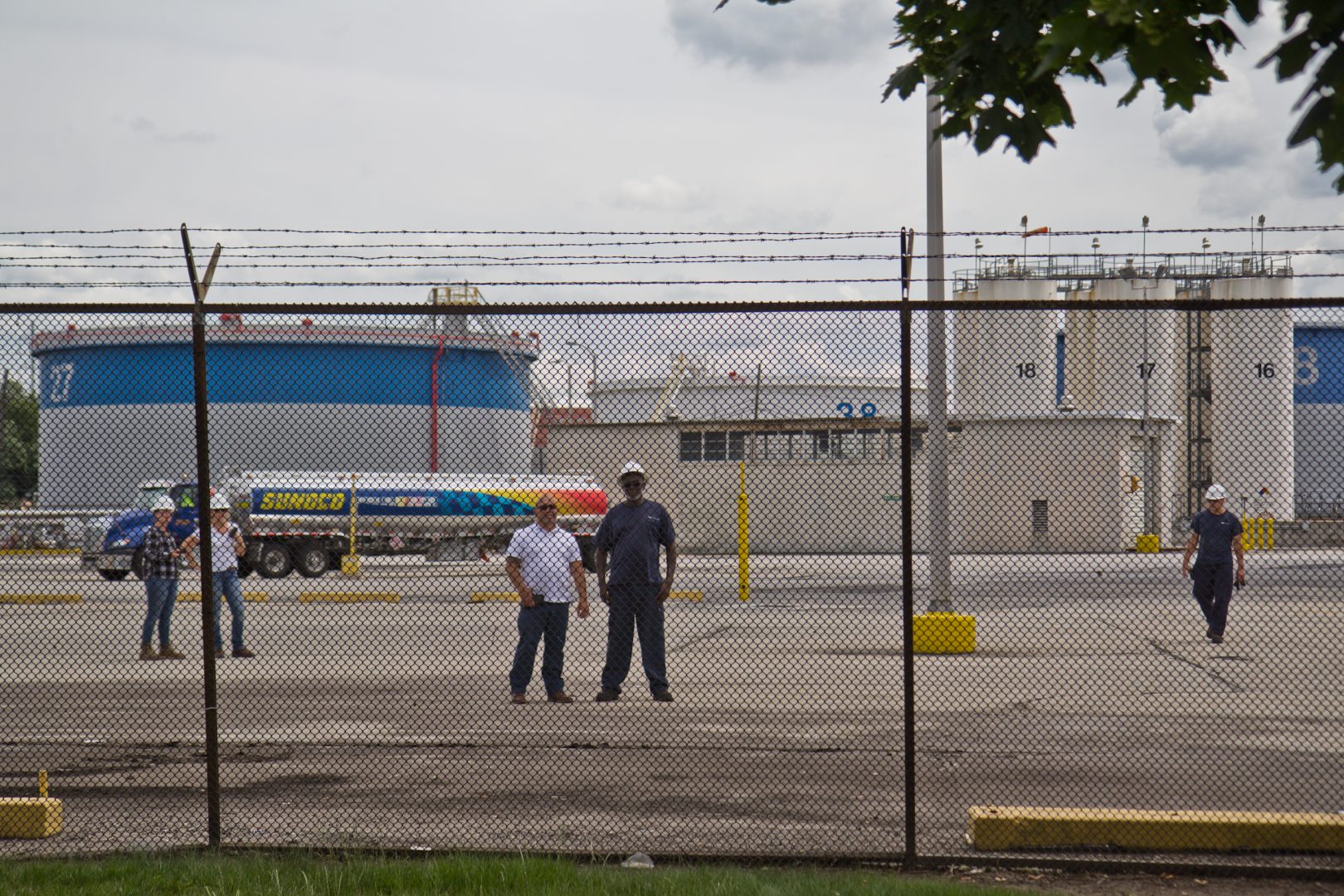 More than 1,000 people will be out of work once Philadelphia Energy Solutions’ refinery closes its doors this month. The closure comes in the wake of an explosion and fire that destroyed a crucial part of the plant. But despite pleas from the union, and comments from former Congressman Bob Brady, who told Plan Philly he thought the plant was “too big to fail,” industry analysts say finding a buyer who will keep it as a refinery will be next to impossible.

“This facility was significantly less sophisticated than the other East Coast refineries,” said Phil Verleger, an economist and industry consultant. “It could barely hang on in a strong market. Once the export ban was gone, it couldn’t survive.”

When the shuttered Sunoco refinery was revived in 2012 with the help of Brady, the Obama Administration and state grants, its new owner The Carlyle Group took advantage of cheap North Dakota crude oil traveling to Philadelphia by rail. One reason the Bakken crude was so cheap, Verleger said, is because an export ban meant producers couldn’t fetch a better price overseas. When that was lifted, he said, the PES refinery’s days were numbered.

PES filed for bankruptcy in early 2018, citing the rising costs of the Renewable Fuel Standard, a program that forces refiners that don’t blend ethanol to buy credits on the open market.

This February, six months after exiting bankruptcy, Reuters reported the plant was again in bad financial shape. In just three months, its cash balance had fallen from $148 million to $87.7 million by the end of 2018. In May, Reuters reported the company had deferred payments into employee retirement accounts.

Verleger said it doesn’t help that investors aren’t eager to buy refineries these days, let alone one that had already fallen on hard times before the fire and explosion.

Tom Kloza, an analyst with Oil Price Information Service, agrees that PES would have a hard time finding a willing buyer. One reason is that it refines light, sweet crude instead of the more profitable heavy, sour type of crude.

“Contrast what happens at PES with what happens at PBF, which operates the refineries in Delaware City and Paulsboro,” Kloza said.”They can run heavy sour crude, they have coking equipment, they take the heaviest parts of the barrel and turn it into the higher return transport fuels like jet and diesel. They’ll be the beneficiary when PES closes.”

Philadelphia Energy Solutions is actually two refineries — Girard Point and Point Breeze. The explosion destroyed the Girard Point alkylation unit, which is crucial to turning crude oil into gasoline. Some wonder why Point Breeze could not remain operational.

A statement by the refinery’s CEO announcing the closure says it planned to sell to another operator for “restart.”

But Kloza said that’s a fantasy.

“The CEO’s statement might have more appropriately said, ‘Hail Mary, full of grace, the lord is with thee…’ ‘Cause this is a Hail Mary,” he said.

There’s also the issue of the enormous environmental clean-up that needs to happen at the site. At this point, the doesn’t have an estimated cost but it’s likely in the millions.

“Every time a major oil company looks to sell a refinery in the U.S., they don’t want to sell it to a Wall Street group or private equity firm,” Kloza said. “You want to make sure you sell it to an entity that will be in existence for a long time or the environmental remediation will come back to haunt you.”

Christina Simeone, senior fellow at the University of Pennsylvania’s Kleinman Center for Energy Policy, said she doesn’t see how anyone would want to buy such an uncompetitive refinery that also comes with a long legacy of environmental pollution, including an underlying aquifer.

“Who buys the land in liquidation?” she said. “Can they find a buyer? And how does Sunoco’s responsibility to clean up the site get impacted by the need to liquidate? There’s a bunch of really unanswered questions.”

Although the refinery was the largest on the East Coast, with its capacity representing about 27 percent of the fuel consumed in the region, there’s no lack of alternative sources.

Verleger said new refineries are opening up all around the world, including China.

“This is a global market,” he said. “And U.S. oil consumption is not increasing. [Newer] refineries could produce the products for lower cost and less environmental damage that can supply the market. The product can be supplied from the Gulf Coast by the Colonial Pipeline. Product can be moved in from Europe, or can be moved down from New Brunswick. There are plenty of alternative supplies are here.”