Herbert Campbell moved to Grays Ferry about a year ago. His already severe asthma has gotten worse in that time.

Should I stay? In wake of refinery explosion, neighbors reconsider living so close to a hazard 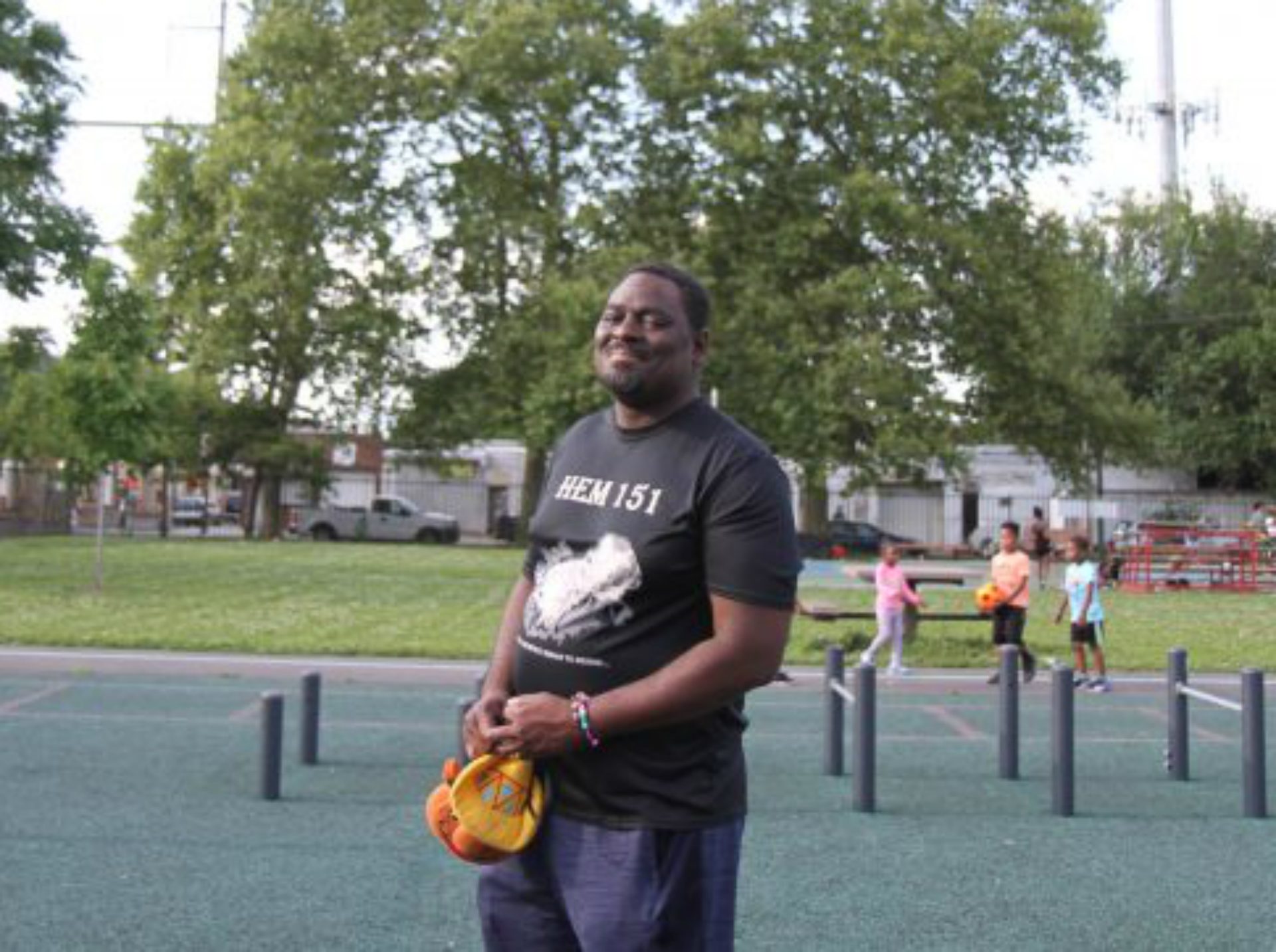 Herbert Campbell moved to Grays Ferry about a year ago. His already severe asthma has gotten worse in that time.

Every Sunday afternoon in the summer, Stinger Square at 32nd and Dickinson streets hosts Oldies in the Park. A DJ sets up a booth next to benches and a children’s playground. Hip-hop, funk and R&B tunes get neighbors like Cephus White line-dancing and feeling carefree.

But not this Sunday. The fire that rocked the nearby Philadelphia Energy Solutions gasoline refinery just two days earlier kept many people indoors. For those who came out, the blaze ignited worry and frustration.

“We’re very concerned, but I guess we’ve just learned to live with it because we’ve been in the neighborhood so long and there’s nothing we can do about it,” White said. “Unless we want to walk around with oxygen masks, that’s the only other recourse.”

The massive fire at the former Sunoco refinery, the largest oil refinery on the East Coast, erupted around 4 a.m. on Friday and burned until Saturday afternoon. It shook nearby homes and darkened the sky with thick black smoke for hours.

Air quality tests done by the Philadelphia Health Department haven’t detected hazards in the air. PES spokeswoman Cherice Corley said Sunday that the company and a third party continue to monitor air quality within the facility hourly and that all readings are normal.

But residents of the Grays Ferry neighborhood said that, even before the fire, the refinery’s foul smells and smog made the air impossible to breathe on hot summer days.

These neighbors compare the stench to a rotting egg, or water left to pool for too long.

They say they’ve called attention to the refinery’s pollution and history of fires for decades.

Some say they want to see the 150-year-old refinery shutter while others say they just want operations made safer. But across the spectrum, residents said it feels like it will take a major catastrophe to get city officials to take serious action.

“We’re talking about…everybody dying at one time,’ for them to even consider any type of cease operations,” said Joseph Rose, a committeeman of Southwest Philadelphia’s 6th ward, 33rd division.

Irene Rusell is a lifelong resident of Grays Ferry and part of Philly Thrive, an advocacy group that’s worked as the main opposition to the refinery since 2015.

She said the average resident would settle for the city’s largest polluter to comply with the Clean Air Act, which it has never done.

“Shut them down until they come into compliance,” Russell said. “Until the people can, at least, rest assured that the air they’re breathing is healthy.”

Asthma attacks and worries for the future

A mile from the refinery, more than 50 children played in a community basketball tournament this weekend at the South Philly Smith Playground. The smells of a small charcoal grill wafted across the city park as kids rapped and danced on a small stage.

The scent of grilled meat was a welcome substitute to the stench residents say comes from PES. They can’t see the refinery — the Schuylkill Expressway acts as a barrier— but the smell is hard to miss, they say.

Herbert Campbell, who played with his four-year-old at the park Saturday, moved to the neighborhood about a year ago. When the walls of nearby homes began to shake Friday from the explosion, he realized the gravity of the mistake he made when deciding to settle in the neighborhood. At that time, he thought the sprawling refinery was a factory.

Though Campbell has severe asthma, he gave little thought to what moving into the neighborhood would mean for his health. That’s changed.

“I’ve had recurring attacks since moving in,” he said. Initially, he blamed expressway pollution.

He went to an urgent care center and spoke to a doctor on Sunday. The doctor suggested he move to improve his breathing troubles, though the doctor didn’t blame the refinery or expressway explicitly.

Campbell’s a single parent and hopes to save money for his daughter’s college fund — so the idea of moving is daunting. But he’s still considering his options.

“I’m thinking about it,” Campbell said after the doctor’s appointment.

Philly Thrive plans to meet at a park on 28th Street and Passyunk Avenue — just down the street from the refinery — on Tuesday to discuss air quality monitoring.

WHYY's 'The Why': Philly’s trash is Chester’s air pollution