Philadelphia refinery fire: What we know (and what we don’t)

This story has been updated.

Fires raged throughout the morning at the 150-year-old industrial complex at 3100 W. Passyunk Ave. The refinery is located along the Schuylkill River, just south of Girard Estates and next to FDR Park.

The fire is contained, but not yet under control. The city’s Office of Emergency Management is working with the Fire Department, Philadelphia Gas Works, PECO and the Coast Guard to coordinate with refinery owner Philadelphia Energy Solutions on the response to the disaster.

PES said it recorded four minor injuries to workers, all of whom were treated on site by company medical staff.

Nearby residents heard and felt explosions and saw flames shooting into the sky, turning night into day.

“It looked like the sun was coming up early,” said Damon Hudgens, 26, who works at an airport parking lot. “But you looked to your left it was just a big ball of fire. It just kept rising up and sprawling out.”

Residents did not hear an emergency siren — because it did not appear to go off, for reasons unknown. No evacuation orders were issued. There was a shelter-in-place order for residents east of the refinery, but it was lifted around 7 a.m.

UPDATE: Philadelphia Fire Department announces that the shelter-in-place request in portions of South Philadelphia has been lifted. Please avoid area near Passyunk and 26th Street due to amount of fire apparatus and first responders. https://twitter.com/philaoem/status/1142020676674605057 …

Map below of shelter-in-place request from @PhillyFireDept due to smoke from PES Refinery fire in South Philly:
26th Street West
22nd Street East
I-95 South
I-76 North
Updates to follow 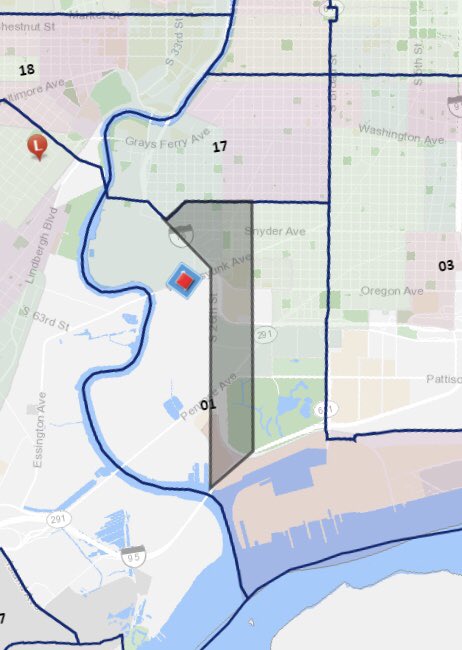 86 people are talking about this

We’ll be updating this story as more details come to light. Here’s what we know about the blast and its aftermath. 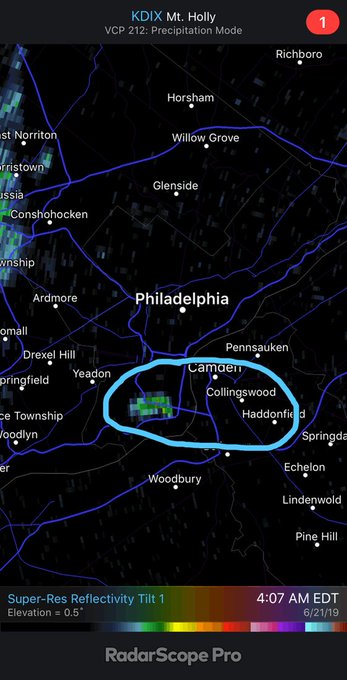 Potential oil refinery explosion and fire near Philly clearly showing up on radar this morning. About half way through the loop.

What we don’t know 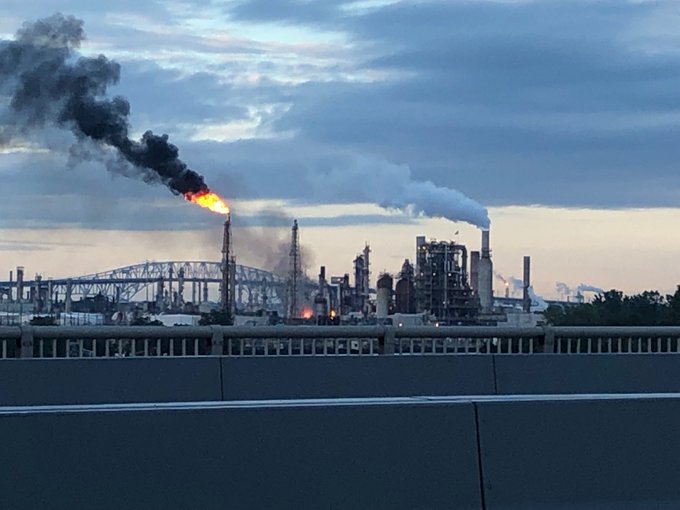 Some who saw the blast say they’re worried about residual effects.

“We still imagine what it’s gonna be to our body system,” said Stanley Nwandiko, who works nearby at a valet service. “If it’s harmful that’s something of concern to me.”

“I think it’s pretty scary, it being so close to home. But I don’t think any real damage can come of anything except for the refinery really,” said Vincent Gugliamo, 49, who lives about two miles east of the blast site.

Philadelphia Mayor Jim Kenney has not yet issued a statement on the fire. Other elected officials have been weighing in on social media.

My office is monitoring the refinery fire in South Philly and is awaiting more information when it is available. Great work by local first responders.

58 people are talking about this

This is at least the second fire at the refinery this month. Given all the bankruptcy and uncertainty, just shut this thing down already. https://twitter.com/todayshow/status/1142028175813357568 …

A massive fire burned in Philadelphia at the largest refinery on the East Coast. Roads are closed and residents were told to shelter in place, @RonAllenNBC reports. 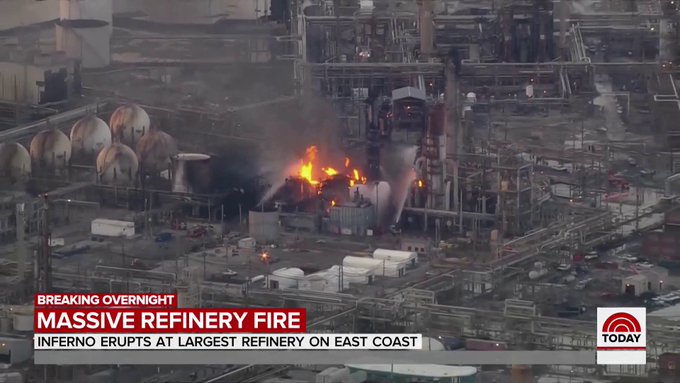 18 people are talking about this

Background on the refinery

The PES refinery is one of the oldest and largest on the East Coast, and turns up to 350,000 barrels of raw crude oil into gasoline, jet fuel, heating oil, diesel, and chemicals every day. Once owned by Sunoco, the refinery was once on the verge of closure until the shale boom unleashed record-breaking amounts of cheap, domestic oil and gas.

The refinery is also Philadelphia’s single-largest source of particulate pollution.