The PHMSA advisory bulletin says pipeline incidents caused by erosion have increased in the eastern U.S. 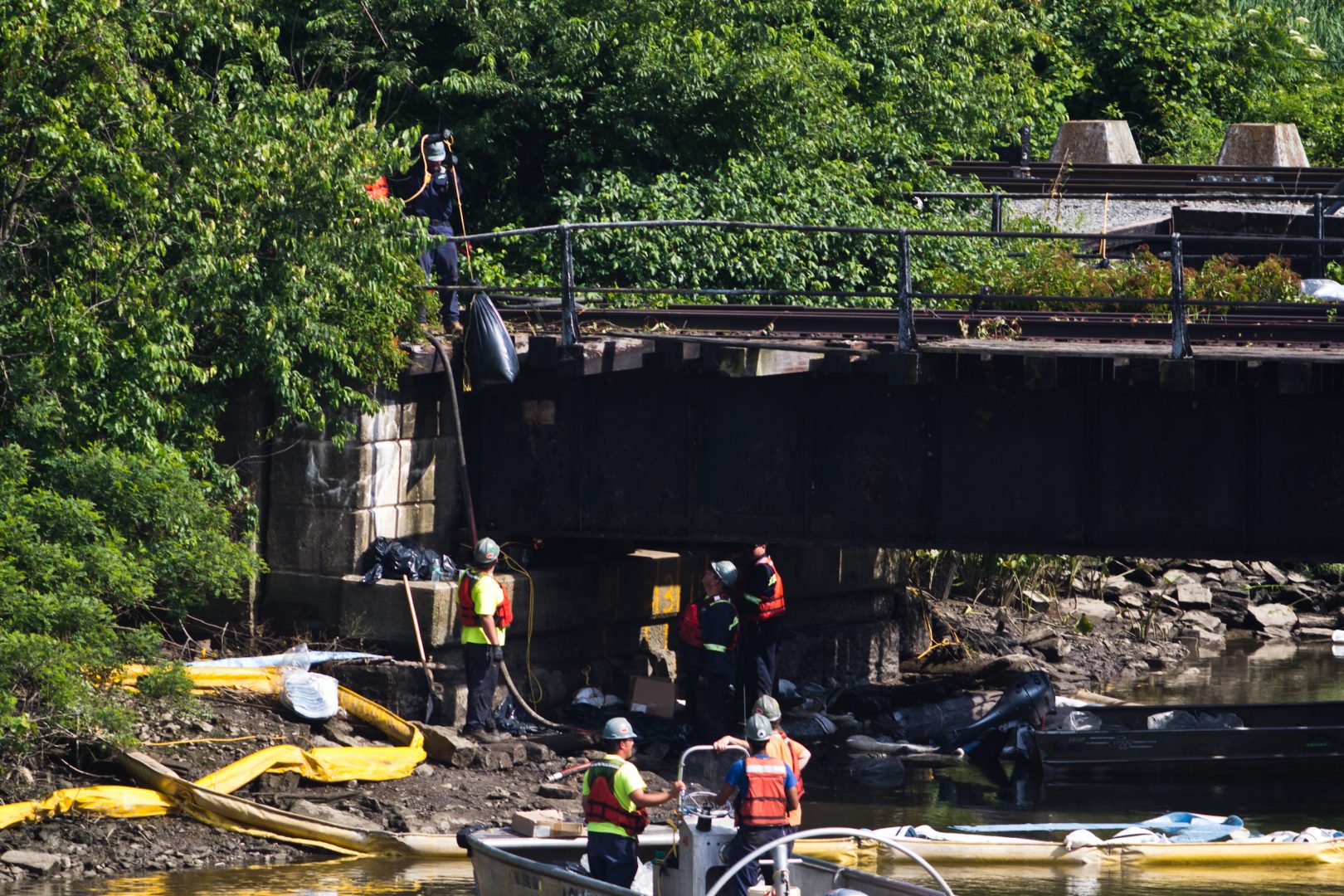 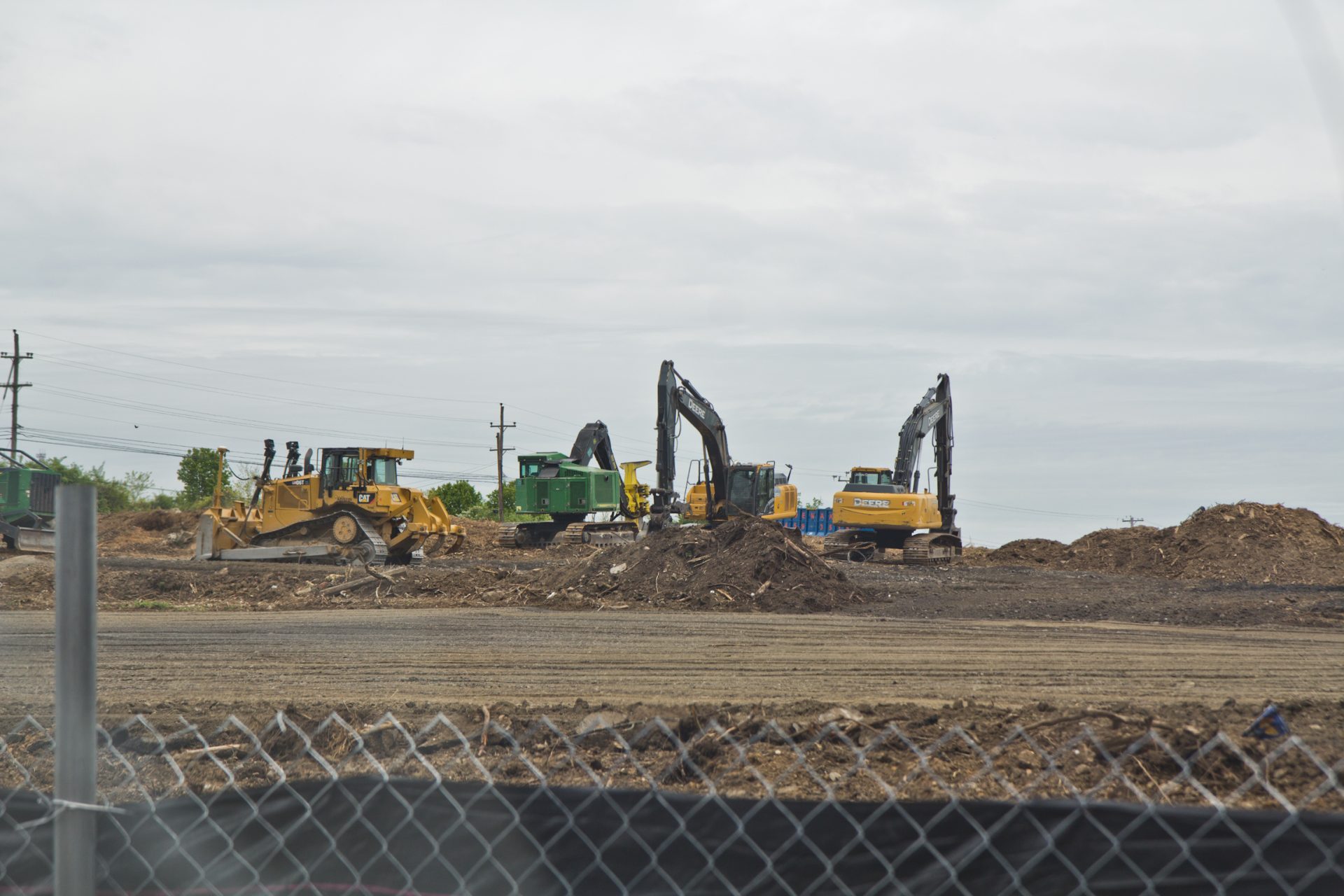 Crews work at the site of a sinkhole along the Mariner East pipeline route near the Pennsylvania State Police barracks on Route 1 in Delaware County on Thursday, April 25, 2019. Pipeline builder Energy Transfer/Sunoco said there were no leaks and no pipelines were exposed. (Kimberly Paynter/WHYY)

Citing a number of recent incidents, including one in Pennsylvania, the Pipeline and Hazardous Materials Safety Administration, or PHMSA, sent a warning to natural gas and hazardous liquids pipeline operators earlier this month detailing the dangers of flooding and heavy rain events.

The advisory points to “land movement, severe flooding, river scour, and river channel migration” as causes of the type of damage that can lead to leaks and explosions. It outlines current regulations, and details requirements for insuring safe pipeline construction and continued monitoring once a pipeline is in operation.

The agency issues these types of advisories if it sees a trend; they do not necessarily lead to further rulemaking. In this case PHMSA says earth moving incidents have increased across the country, particularly in the east.

Lynda Farrell, director of the Pipeline Safety Coalition, says it’s an indication that PHMSA officials are worried about recent events that have led to spills.

“They’re saying ‘it’s a bad idea to put pipelines in areas where damage to the pipeline could be caused by earth movement,'” she said. “If you know there’s potential damage, don’t put them there.”

The advisory does not have the weight of a regulation. It simply sounds an alarm and reiterates regulations associated with pipeline safety. PHMSA lists seven incidents that have occurred in the past several years, including the release of more than 1,238 barrels of gasoline into the Loyalsock Creek from a Sunoco/Energy Transfer pipeline in Lycoming County in October, 2016.

Flash floods and landslides led to the rupture of the line, which was built in 1937. 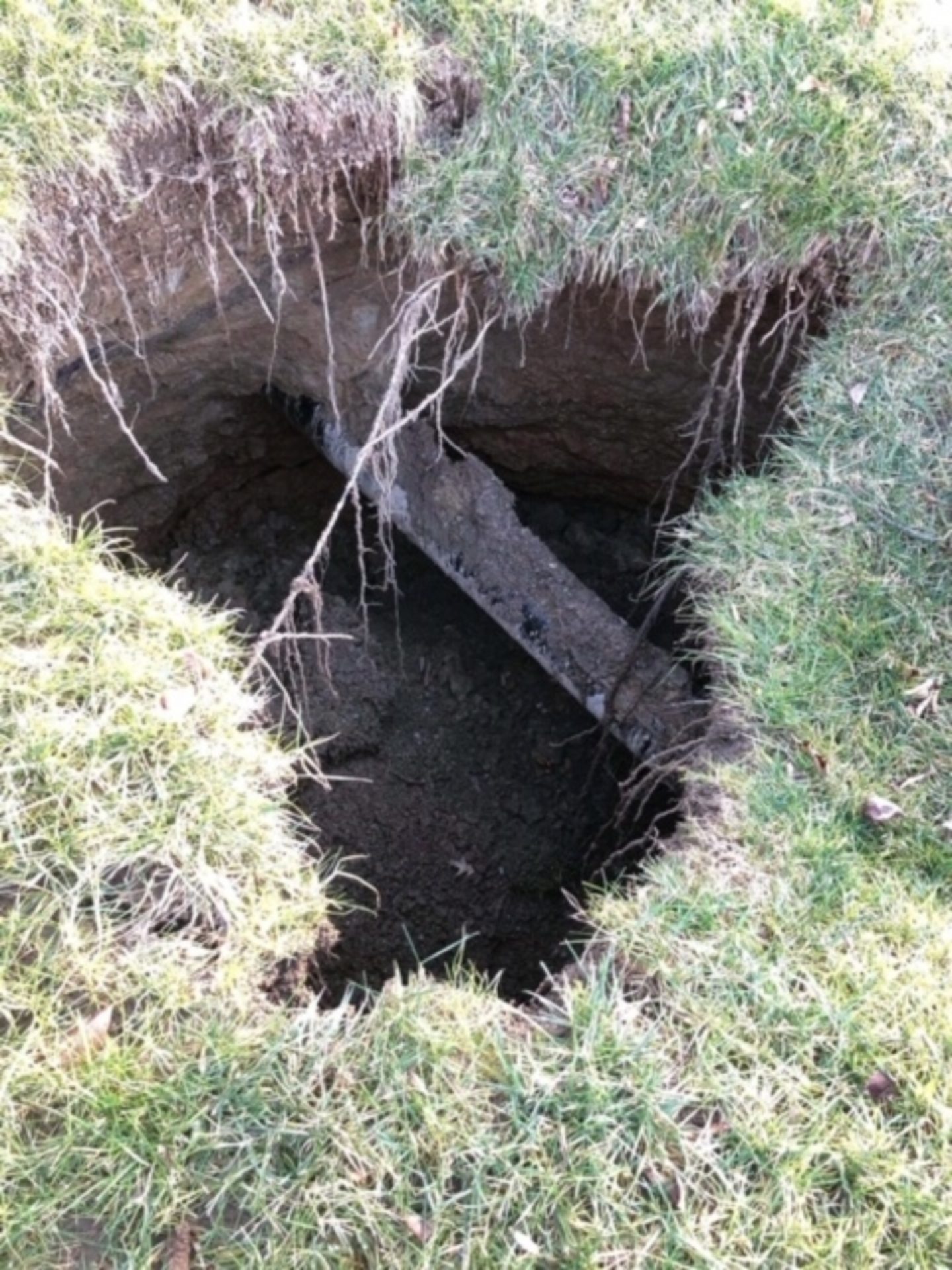 Although not listed in the PHMSA bulletin, officials also suspect that heavy rains and landslides caused the explosion of Energy Transfer’s natural gas liquids Revolution Pipeline in Beaver County last September. The explosion destroyed a house and knocked down power lines.

An investigation by Pennsylvania Department of Environmental Protection found the pipeline company had violated permit obligations, which included unreported landslides and erosion into nearby streams.

The Revolution Pipeline remains shut down.

According to the Capitol Forum, officials in West Virginia have cited Energy Transfer multiple times for erosion issues along the Rover Pipeline, which gathers Marcellus and Utica Shale gas from points in Pennsylvania, West Virginia and Ohio for shipping across the country.

In Chester County, Sunoco/Energy Transfer pipeline construction of the Mariner East 2 through karst, or limestone, created sinkholes in residential neighborhoods. The subsidence led to the exposure of the Mariner East 1 natural gas liquids line and a temporary shut down of the line. The company recently bought two homes from impacted residents.

A spokesperson for the DEP says the agency was not aware of the PHMSA advisory bulletin but that the state’s “erosion permit already requires a geo-hazard analysis for things like landslide prone soils of karst geology.”

PUC spokesperson Nils Hagen-Frederiksen says the agency is aware of the bulletin and says earth movement is closely monitored.

Sunoco/Energy Transfer spokesperson Vicki Granado says safety is a priority for the company.

“The advisory is a reminder of existing pipeline regulations such as patrolling, continual surveillance, etc.,” she wrote in an email. “It is also a reminder of safety-related issues that can result from earth movement and other geologic hazards. Safety has always been our first priority – the safety of the communities through which we pass, the safety of the environment and the safety of our employees.”