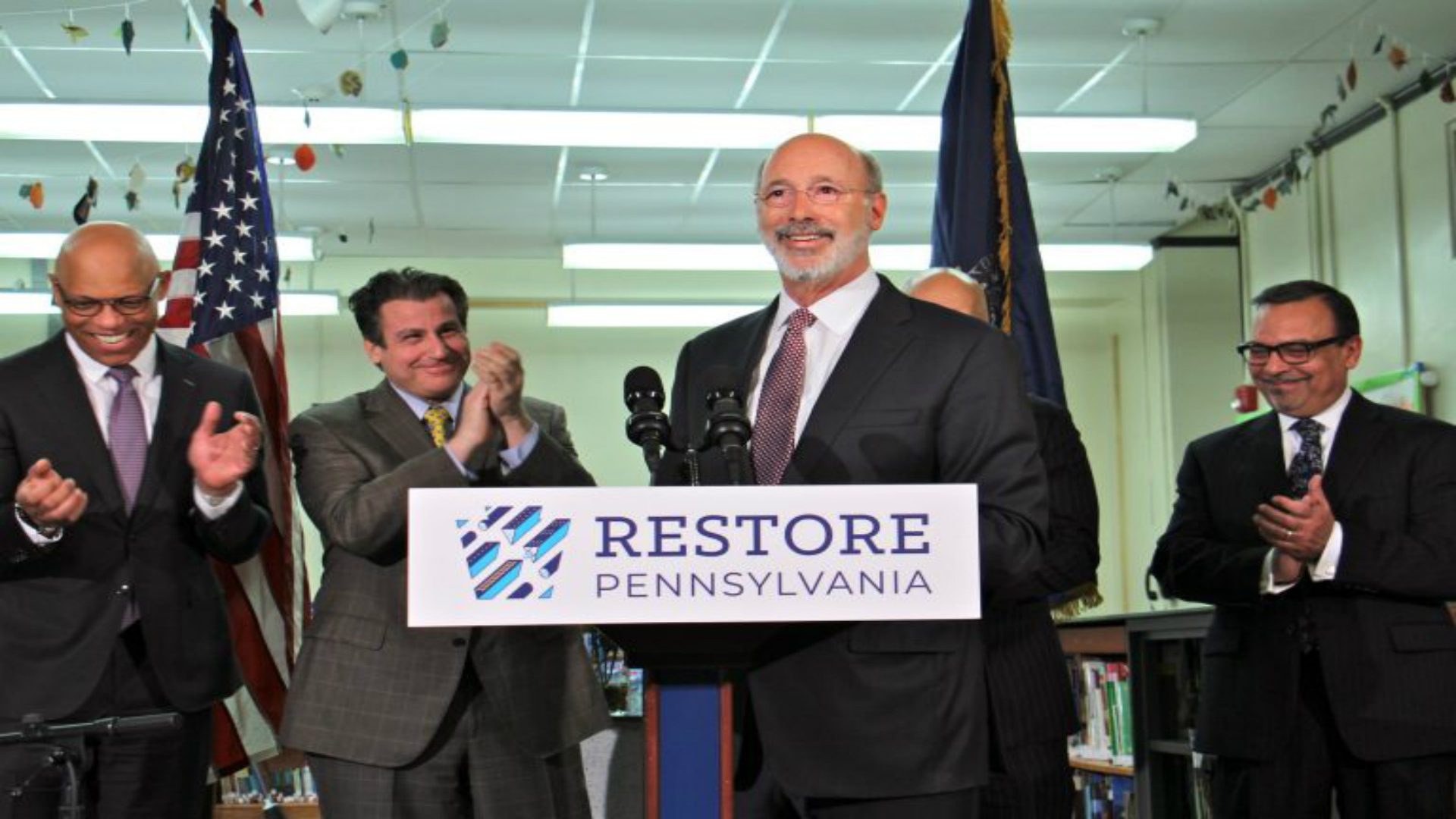 The location was strategic, giving Wolf a chance to highlight the kind of infrastructure projects he’d like to complete with the $4.5 billion his administration says the tax would produce.

Unlike past years, Wolf proposed the tax as a separate item from the general budget. He wants the revenue earmarked for an initiative called “Restore Pennsylvania,” which would address things such as flooding, broadband access, public transit, and, as emphasized Thursday, school repair.

By separating the money this way, Wolf said he hopes to alleviate fears that the money would disappear into the state’s general fund.

“This is for specific capital projects to address the real needs of Pennsylvanians,” Wolf said Thursday.

The governor appeared alongside other officials at John H. Taggart School in South Philadelphia. The state and city set aside a combined $15 million last year to remove lead paint at Taggart and 29 other public schools in Philadelphia.

That emergency money came after a series of articles in The Philadelphia Inquirer and Daily News highlighted dangerous conditions in the city’s aging schools.

By the district’s own account, it would take $4.5 billion to bring all of its buildings up to code.

Wolf believes some of the money raised through his proposed severance tax should go toward rehabbing old schools. He framed the idea as a money-saving initiative.

“If we do that, we’re saving ourselves the billion dollars it would cost to build each of these school buildings from scratch,” Wolf said.

Pennsylvania is the only state with a large natural gas industry that also does not impose a severance tax on producers. The commonwealth does levy an “impact” fee for each new well drilled.

Opponents of the tax say it would hamstring energy companies and kill jobs.

So far, the debate has produced stalemate after stalemate.

Wolf, however, believes separating the tax proposal from the general budget will help get it passed faster. It also allows him to highlight the potential uses of the revenue, much like Philadelphia Mayor Jim Kenney did when he campaigned for a sweetened beverage tax.

Wolf’s stop Thursday at Taggart was part of that effort.

He did not say how much of the $4.5 billion would go specifically to school construction or projects in Philadelphia.

“I’m open to having the legislature work with me and figure out exactly how we spend this money,” the governor said.