One western Pa. site has arsenic 372 times the 'safe' level 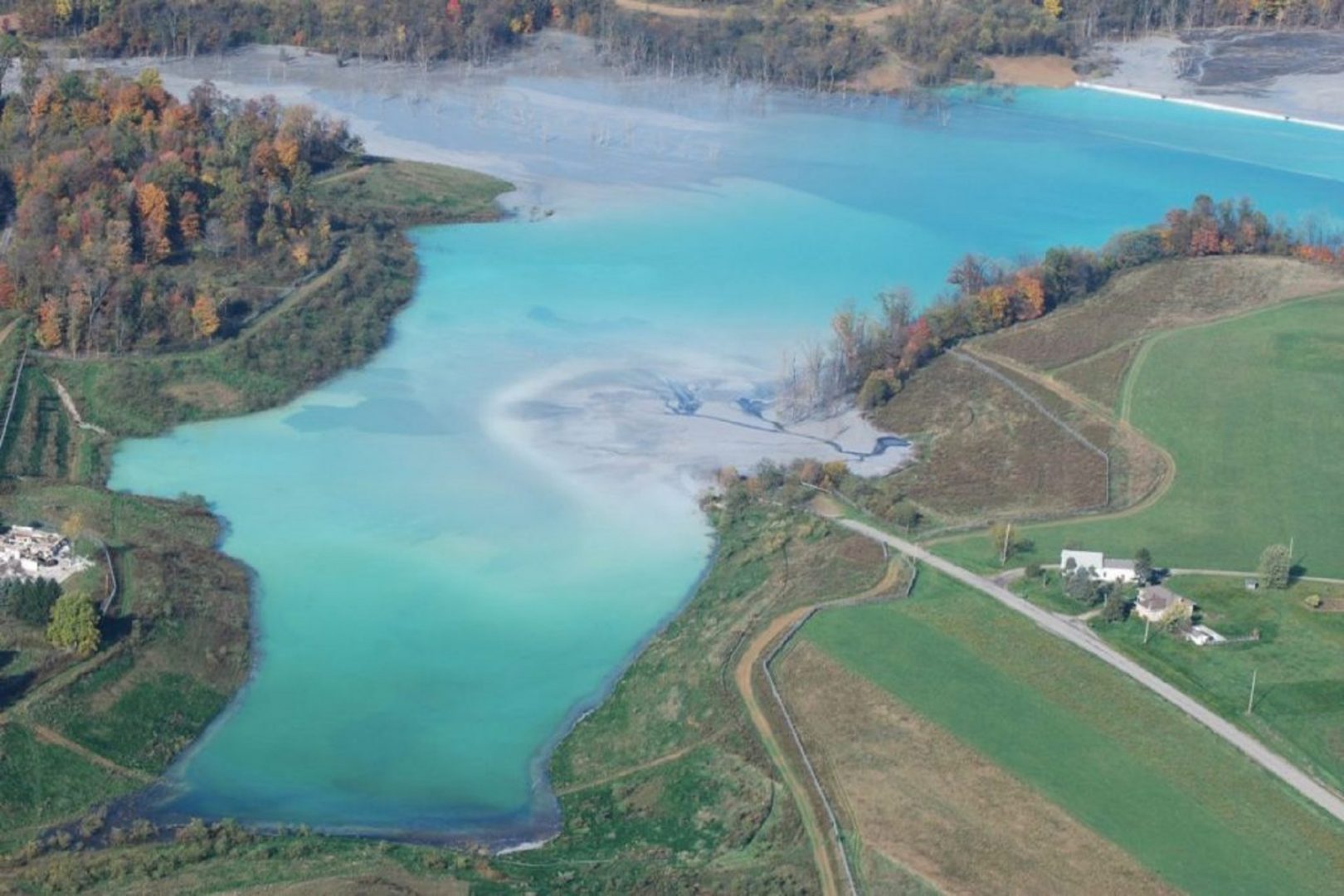 A new report finds coal ash pollution is leaking into groundwater at nine power plants around Pennsylvania and over 200 nationwide.

The report, from the Environmental Integrity Project, found over 90 percent of sites that store coal ash are leaking levels of contamination exceeding EPA health standards.

At one former coal plant near Pittsburgh, arsenic levels in the groundwater are 372 times EPA’s safe drinking water standards. Though groundwater near these sites isn’t necessarily used for drinking water, the contaminants can migrate underground into private drinking water wells, rivers and streams, and eventually into public drinking water systems, said the report’s lead author, Abel Russ with the Environmental Integrity Project.

Pennsylvania Department of Environmental Protection spokesman Neil Shader said in an email that public water drinking water systems in the state are required to treat their water for pollutants found in coal ash, including arsenic.

Two of the nine sites are in central Pennsylvania, and the rest are in western Pennsylvania.

“So they dumped it in unlined pits frequently in contact with groundwater and they just kept filling them up for decades, and this is the end result,” Russ said. “We’re basically seeing the same thing everywhere, to a greater or lesser degree. Some sites have more, and some sites have less, but they all typically have unsafe levels.”

The report draws on newly available data, made public as a result of an Obama-era regulation on coal ash. The rule mandated that any facility still accepting coal ash monitor groundwater nearby and release its data.

The report examined that data from 265 coal plants or off-site disposal areas, including over 550 impoundments and landfills. It found that NRG’s New Castle Generating Station in Taylor Township, Lawrence County was among the worst offenders. The power plant converted to natural gas in 2016, but still has a 57-acre coal ash landfill and 2-acre impoundment “coal ash pond,” where ash is mixed with water. According to the report, which based its findings on company coal ash disclosures, parts of the landfill were built on top of an old, unlined landfill.

The groundwater beneath the site tested at 3,720 parts per billion arsenic; the EPA’s maximum contaminant load for drinking water is 10 parts per billion. The site also showed a level of lithium at 54 times federal health-based guidelines; and unsafe levels of boron, cobalt, molybdenum, and sulfate.

A spokesman for NRG, which also owns several other coal ash sites in Pennsylvania, did not respond to requests for comment.

Among the report’s key findings: More than 50 percent of sites had levels of arsenic above federal health standards; and there were unsafe levels of contaminants at 92 percent of coal ash ponds.

Russ said those sites — where coal ash is stored in artificial ponds — are prone to contamination for a variety of reasons.

“The ponds aren’t adequately lined, they’re too close to the groundwater, they’re full of water, so there’s a lot of hydraulic pressure pushing the pollutants out,” Russ said. “There’s really no good reason to let ash ponds continue to operate.”

Russ said the report’s findings likely underestimate the scale of the problem with coal ash, because the 256 facilities included in it are only those that reported data in 2018. Some plants received waivers for their reporting requirements. And the requirements only apply to those landfills and ash ponds accepting waste in 2016. He said there are likely hundreds of closed sites around the country not covered by the rule, whose contaminants are leaking into groundwater.

Last year, the Trump administration rolled back parts of the 2015 Coal Ash rule, making it easier for companies to get waivers for some groundwater monitoring requirements, delay closing some unlined facilities or those built too close to underground aquifers, and easing regulations on some contaminants.

The 2015 rule was made in response to the 2008 collapse of a dam at a coal ash impoundment in eastern Tennessee that released 5.4 million cubic yards of coal ash slurry into nearby rivers and destroyed several houses below it.

It was the largest coal ash spill in U.S. history.

She said EPA was “reviewing the Environmental Integrity Project report issued today and cannot comment on its contents yet.”

White added the monitoring data collected and published by the utilities is only one part of the 2015 Coal Ash rule’s requirements. When a landfill or coal ash pond is found to be contaminating the groundwater “above specified levels, the regulations require the owner or operator of the facility to initiate measures to clean up the contamination,” White said.

Shader, the DEP spokesman, said in an email that Pennsylvania’s own rules for coal ash disposal “are, in most cases, more stringent than EPA’s.”

He said when groundwater monitoring shows increases in coal ash pollution above background levels, “evaluation and assessment requirements are triggered” — which can include cleanup.

Jim Roewer, executive director of the Utility Solid Waste Activities Group, an industry trade group, said the groundwater data used in the report is only for groundwater at the edge of coal ash storage sites and doesn’t necessarily mean the contamination has gotten into the environment or drinking water supplies.

He said the report showed federal regulations on coal ash implemented under the Obama administration are working. If facilities identified in the report are threatening drinking water supplies, they will eventually be closed, he said.

“The facilities that are having an impact (on groundwater) are being identified, steps are being taken to address those impacts,” he said. “You know we care about protecting the environment and managing our coal ash in an appropriate manner, reporting that to the public and I think the data that are out there, the data that built these reports from these environmental groups are evidence that the rule is working and that the utility industry is committed to complying with that rule.”

US Steel appeals order to lower its sulfur emissions