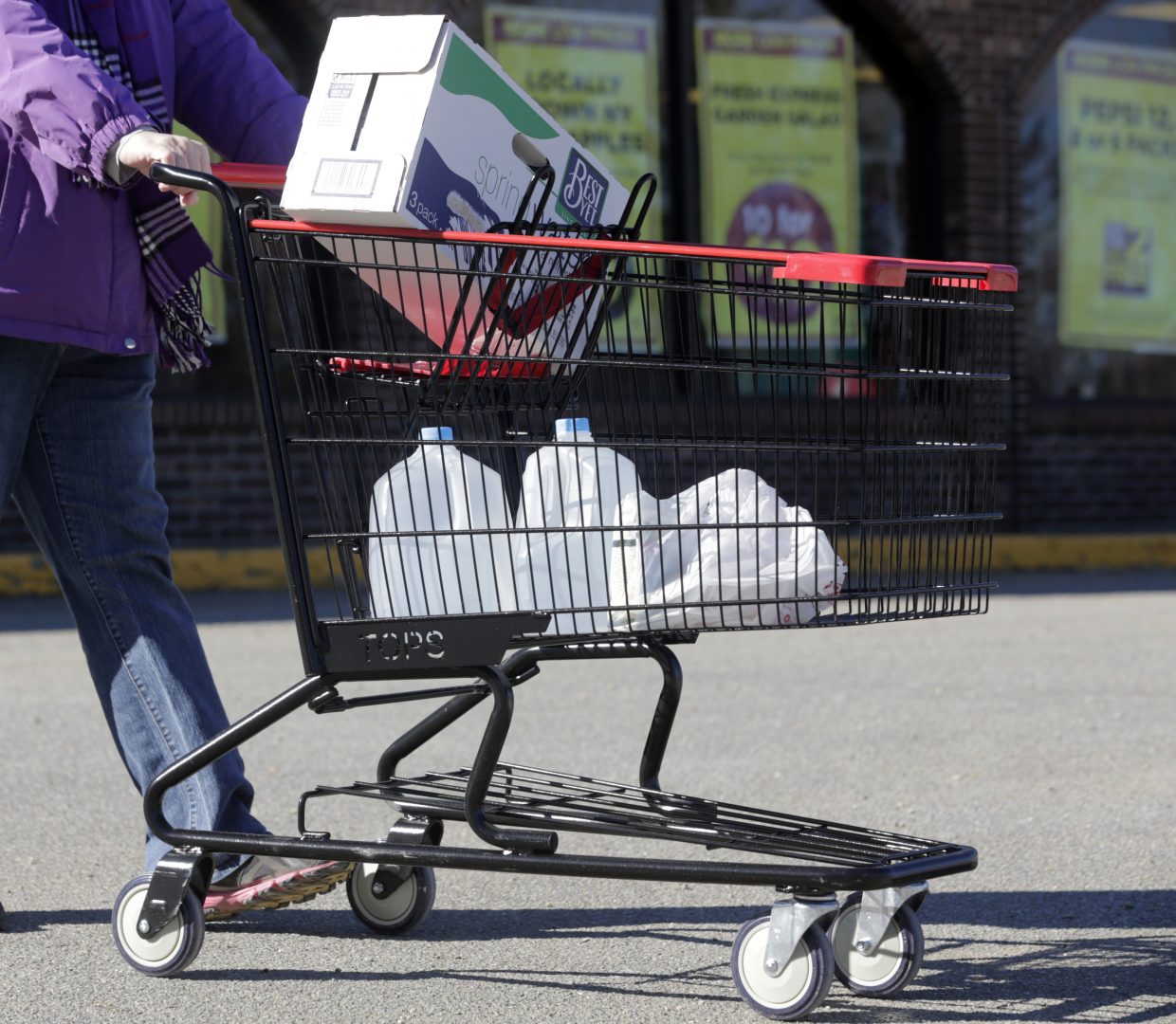 New Jersey scientists are accusing the federal government of failing to consider many health risks posed by a group of chemicals that are designed to substitute for some of the toxic PFAS substances that are now strictly regulated by the state.

The substitutes, known as GenX and PFBS, may be as toxic as the chemicals they are replacing, but have been approved by the U.S. Environmental Protection Agency for use by industry even though the agency did not examine their links to cancer and reproductive and developmental problems in humans, the state scientists said.

The comments from the New Jersey Department of Environmental Protection are contained in its response to an EPA study on the toxicology of the substitute chemicals.

“Subsequent to USEPA’s approval, GenX was indeed found to cause reproductive, developmental and carcinogenic effects,” the DEP wrote in a submission to EPA, dated Jan. 22 and posted to the government’s Regulations.gov website late last week.

It said the substitute chemicals have been found in many public and private drinking water sources around the world, including in “private potable wells” at an “industrial source” in New Jersey, and at an unidentified site in the Delaware River between New Jersey and Pennsylvania.

The DEP also cited a chemical it called “Solvay’s Product,” which it says has been “tentatively identified in environmental media in New Jersey.” The chemical has been given an identifying number by the Chemicals Abstract Service indicating that it has been found in soil near the site of Solvay Specialty Polymers in West Deptford, in Gloucester County, according to EPA records.

In 2013, high levels of the chemical PFNA — part of the PFAS family — were found near the Solvay facility, which used the chemical there until 2010.

The DEP said the EPA used only “minimal” toxicity data to assess the Solvay chemical, and did not study whether it causes cancer or whether it has reproductive or developmental effects. The chemical has been approved by the EPA.

Solvay spokesman David Klucsik declined to respond to the DEP comments on Sunday, saying he was unable to reach his technical team.

Referring to GenX contamination worldwide, the DEP said, “It is unfortunate that USEPA did not develop toxicity values for GenX until after this widespread contamination was discovered and became a public concern.”

GenX is the trade name for high-performance fluoropolymers such as non-stick coatings that are made without using PFOA, another PFAS-family chemical that has been linked to health problems including cancer and elevated cholesterol.

The EPA, which does not regulate GenX or any other PFAS chemical, says GenX has unspecified “health effects” on kidneys, blood, immune systems, the developing fetus and especially the liver. Data on the chemical’s effects are also “suggestive of cancer,” the agency says.

The chemical has been found in the Cape Fear River, North Carolina where state officials in 2017 traced the contamination to a Chemours facility at Fayetteville and halted the discharges in order to restore water quality to within health limits, according to the state’s Department of Environmental Quality.

PFBS, a replacement for PFOS, another member of the PFAS family, also has health effects, particularly on the thyroid and kidneys, and on reproductive organs and the developing fetus, the EPA says.

Despite those concerns, the EPA evaluated only a “small percentage” of the 900 studies that have been published on the chemicals that are designed as replacements for chemicals such as PFOA and PFOS, the DEP said.

It’s not safe to assume that the replacement chemicals are a safe substitute, the department said. It also argued that many of the new chemicals, like the better-known PFAS, don’t break down in the environment, raising more concerns for human and ecological health.

The EPA said Friday it would not be able to comment in time for the publication of this story. The agency is already under pressure from PFAS campaigners after a news report last week that the agency had decided not to regulate PFOA and PFOS, two of the most widespread PFAS chemicals, despite calls by advocates and some state officials for enforceable national standards to be set.

The report, though not confirmed by the EPA, prompted a Feb. 1 letter from 20 U.S. senators, including New Jersey’s Bob Menendez, Pennsylvania’s Bob Casey and Delaware’s Tom Carper, saying such a decision would be a “major setback” to curbing the chemicals which are now subject to what the senators called a “patchwork” of conflicting drinking water standards and health guidelines. The senators called on the EPA to set national standards for the chemicals.

In New Jersey, the DEP is putting in place a maximum contaminant limit for PFNA and is considering recommendations from the Drinking Water Quality Institute for tough new limits on PFOA and PFOS.

Environmentalists, who have long criticized the EPA for failing to regulate PFAS, said the DEP’s comments show that the federal agency has also been lax in its evaluation of the replacement chemicals. The public is being used “as guinea pigs,” said Tracy Carluccio, deputy director of the Delaware Riverkeeper Network and a longtime campaigner for state and national regulation of the chemicals.

Allowing the replacement chemicals is ‘unconscionable’

She called it “unconscionable” that the EPA is allowing the replacement chemicals to be used. She said the growing body of research by state scientists such as New Jersey’s DWQI and by advocacy groups provides clear evidence of the chemicals’ danger to public health that the EPA can’t say it didn’t know about.

The DEP’s concerns echo those made by Dr. Keith Cooper, chairman of the DWQI, who said at an NJ Spotlight roundtable in December that many of the replacement chemicals have not been through a full screening but appear to be just as toxic as the chemicals they are designed to replace.

Anthony Matarazzo, Senior Director of Water Quality and Environmental Management at New Jersey American Water, the state’s biggest water utility, said it looks like the EPA failed to do its due diligence in considering whether GenX and other replacement chemicals are linked to cancer and other health hazards.

Olga Naidenko, senior science advisor for the Environmental Working Group, a national advocacy nonprofit, also said the EPA “should have done a lot more research” before approving the substitutes.