Pa. might set maximum limits on toxic chemicals in drinking water. Some ask: What’s there to decide? 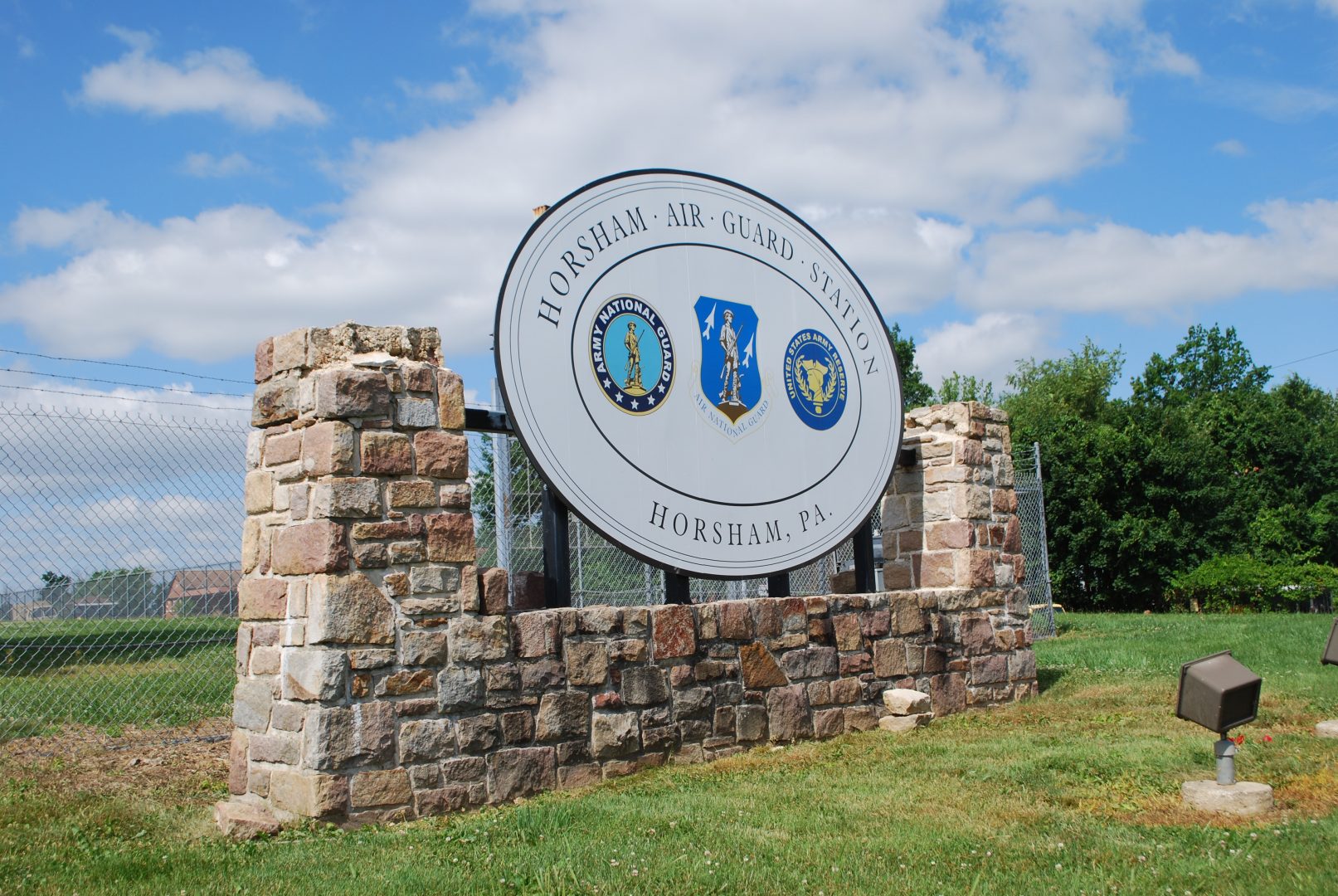 Joanne Stanton is watching Pennsylvania’s fledgling efforts to curb toxic PFAS chemicals in drinking water, and wondering why PFAS-contaminated water is still being found below several communities in Bucks and Montgomery counties, several miles from the water’s origin on a nearby military base.

Stanton, a member of the Buxmont Coalition for Safer Water, says she’s tired of waiting for the federal government to say whether it will tighten health standards on the chemicals. She doesn’t understand why the military hasn’t yet cleaned up water and soil from the former Naval Air Station at Willow Grove on the border of the two counties; the Navy says it’s focusing on the most-contaminated soil. And she’s skeptical that Gov. Tom Wolf’s new PFAS Action Team will set standards on the chemicals any time soon.

Like other clean-water campaigners, Stanton is mystified that the team has no explicit plans to set maximum contaminant limits (MCLs) for any of the chemicals. Several states, including New Jersey, are using such standards. And she’s not happy that Wolf’s team consists of the heads of seven state departments but does not include representatives of affected communities like hers.

Residents of Horsham and other towns near the base now have drinking water with low PFAS levels, but that’s thanks to local government efforts, Stanton said.

Wolf’s spokesman, J.J. Abbott, said the team is participating in the Commonwealth’s efforts to evaluate “defensible” PFAS drinking water limits but declined to say whether the panel is pursuing MCLs to hit those goals.

Department of Environmental Protection spokesman Neil Shader, speaking for the team’s Chairman, DEP Secretary Patrick McDonnell, said the team might propose maximum contaminant levels as a way of protecting public water supplies, but if it did, that would have to be achieved through the normal regulatory process involving the Environmental Quality Board – which adopts DEP regulations — or through legislation.

Shader said the environmental protection department is developing a sampling plan to identify impacted sites, and will work with any public water systems where the chemicals are found to make sure contamination doesn’t exceed the EPA’s health advisory level of 70 parts per trillion (ppt) for two of the most common PFAS chemicals, PFOA and PFOS.

“The PFAS Action Team is taking a holistic look at PFAS chemicals and possible contamination to ensure that recommendations for regulatory or legislative actions address the problem as a whole,” he said.

In the absence of its own regulations, Pennsylvania follows the EPA’s non-enforceable advisory limit, which many activists say is too high to protect public health.

There are seven Pennsylvania sites, including the Willow Grove base, where PFOA and PFOS have been found in ground water above the EPA’s limit and that are being managed by the DEP, or jointly by the EPA and Department of Defense. Shader said the environmental protection department is investigating 13 other sites where the chemicals have been found at some level, mostly in soil, Shader said.

Military bases including Willow Grove are a major source of PFAS contamination nationwide because they used firefighting foam containing the chemicals for decades.

Tracy Carluccio of the environmental group Delaware Riverkeeper Network said any progress toward curbing PFAS in Pennsylvania is being hindered by the lack of an MCL mandate by Wolf’s team, and by the failure of the Environmental Quality Board so far to hire a toxicologist who could make the scientific case for such a limit.

She said the team has a “blind spot for the most essential action” — setting MCLs that would require the removal of toxic chemicals from drinking water. The riverkeeper network asked the Environmental Quality Board in 2017 to develop a limit for PFOA. McDonnell told the board last June that the DEP needed more time to review that request.

Both Shader and Abbott said the administration has been “eagerly” awaiting the EPA’s national management plan on PFAS, which the agency said it would release by the end of 2018. It has yet to appear.

The EPA says PFOA and PFOS are linked most often to elevated cholesterol, but can also cause cancer, low infant birth weights, thyroid hormone problems and immune system effects. Despite the warnings, the agency’s health limit is not enforceable, and has led an increasing number of states to set their own regulations amid gathering concern about the chemicals’ risks to public health.

PFAS chemicals were once used in consumer products such as nonstick cookware and flame-retardant fabrics. They are no longer made in the U.S., but don’t break down in the environment, and are widespread in humans.

Last year, New Jersey became the first state to adopt a maximum limit for another PFAS chemical, PFNA, but has since come under fire from activists for being slow to act on tough new limits for two other PFAS chemicals, as recommended by state scientific advisers. 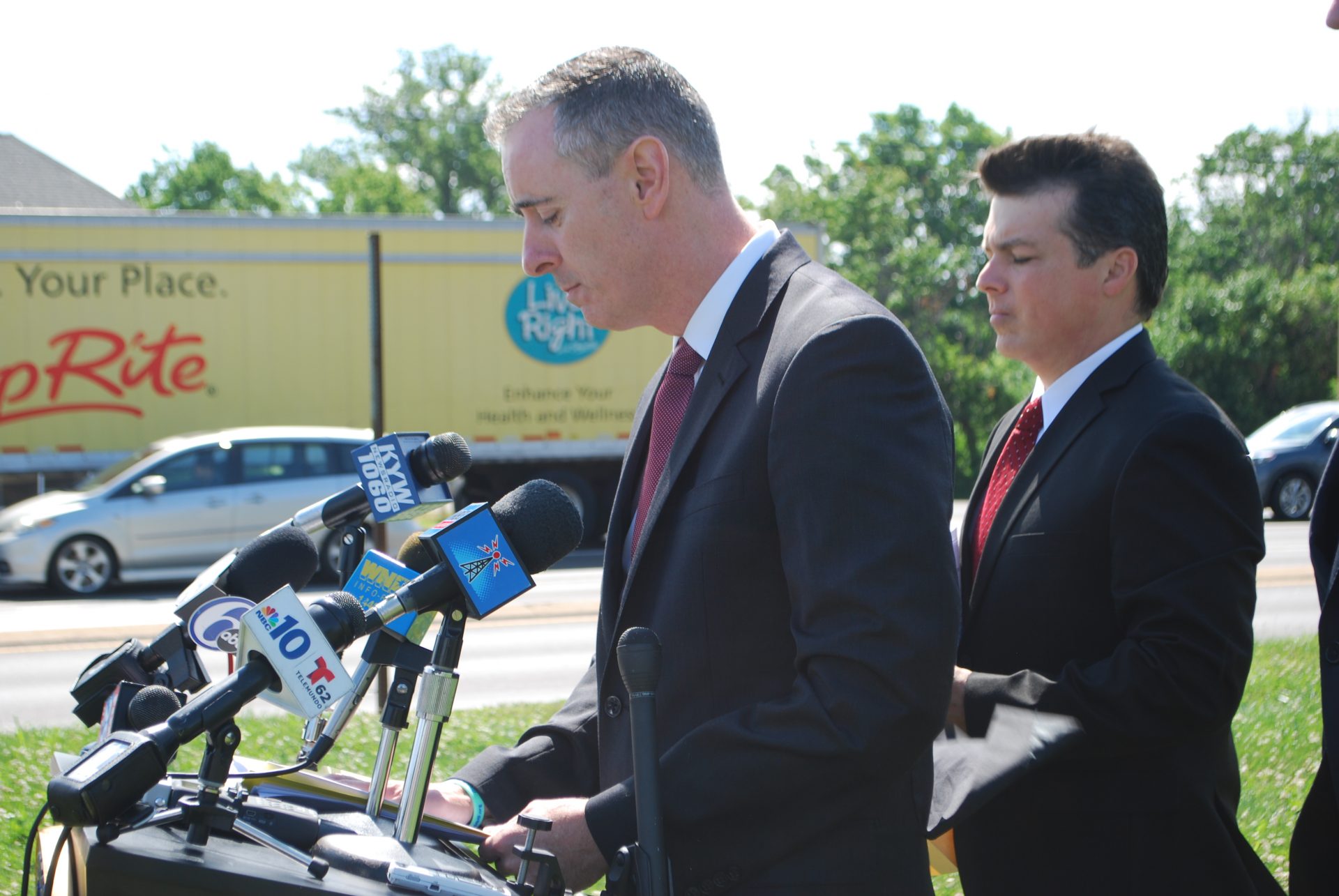 On Wednesday, U.S. representatives including Pennsylvania’s Brian Fitzpatrick, a Republican, and Brendan Boyle, a Democrat, announced the formation of a bipartisan task force on PFAS to craft legislation, fight for funding, and educate other members of Congress.

“It’s time for Congress to stop new PFAS chemicals from going on the market, require monitoring to determine the extent of the current crisis, and make the investments necessary to clean up the mess,” the group said.

While Pennsylvania officials look at ways of regulating the chemicals, one lawmaker is hoping the Legislature will back two bills that would set strict limits on four of them.

Newly-elected State Sen. Maria Collett, a Democrat representing parts of Bucks and Montgomery counties, plans to introduce the bills early this year that would set MCLs of 10 ppt for four of the chemicals – two of which would be subject to much tighter limits than advocated by the EPA – and to list all four as hazardous substances under Pennsylvania’s Hazardous Sites Cleanup Act. The bills are based on legislation that was introduced in the 2017-18 session.

In an interview, Collett described her proposed 10 ppt limit as a starting point for negotiations in the Legislature, but said it’s clear the EPA’s level — 70 parts per trillion of PFOA and PFOS combined — is too high to protect public health.

“Unfortunately, there’s not enough research letting us know that 70 is safe,” she said. “We don’t know what the limit is that’s going to minimize the effect on people but we know that right now in our drinking water it’s too high.”

Collett said she would welcome any move by the EPA to regulate the chemicals, but since that’s not happening, it’s time for Pennsylvania to make its own rules.

“We can’t wait any longer,” she said. “The Commonwealth has got to move in the direction of taking care of its citizens.”