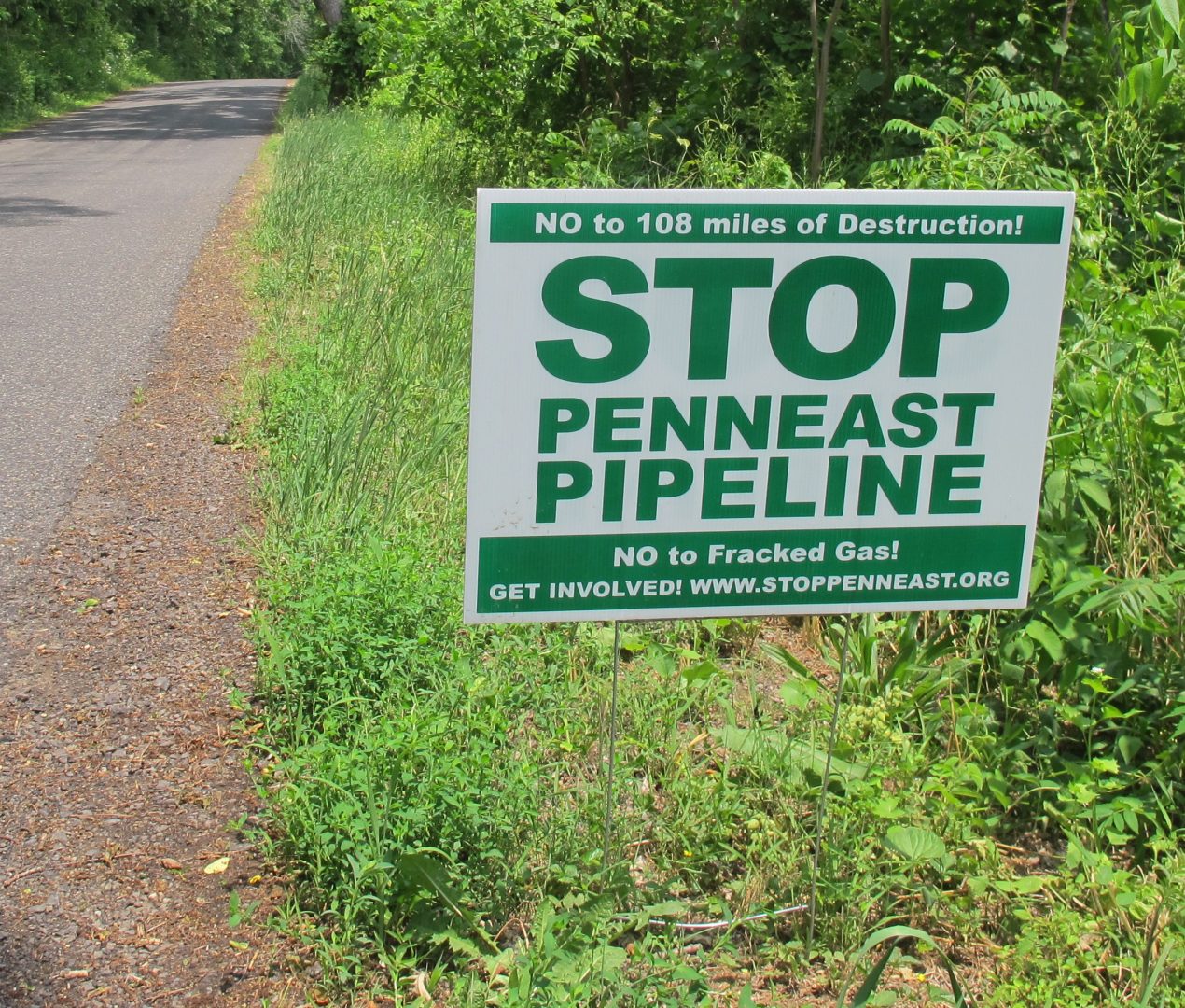 A federal judge granted PennEast Pipeline Co. the right of eminent domain to build its pipeline on a property in Carbon County, in the first ruling of its kind over the controversial project in a Pennsylvania court.

U.S. Judge Malachy Mannion of the Middle District of Pennsylvania last week rejected an argument by Susana Bullrich, a landowner in Towamencin Township, that PennEast could not build the pipeline on her property because it has yet to receive approval from some authorities, including the State of New Jersey, to go ahead with the project.

Bullrich argued that the missing permits mean that a certificate of approval from the Federal Energy Regulatory Commission, issued in January this year, was only conditional, and so PennEast had no legal right to file eminent domain suits while some of FERC’s conditions remain unmet.

But Mannion, in a 13-page opinion, said there’s no requirement in either the FERC certificate or the federal Natural Gas Act that a holder of the certificate must meet all of its conditions before taking possession of a property. 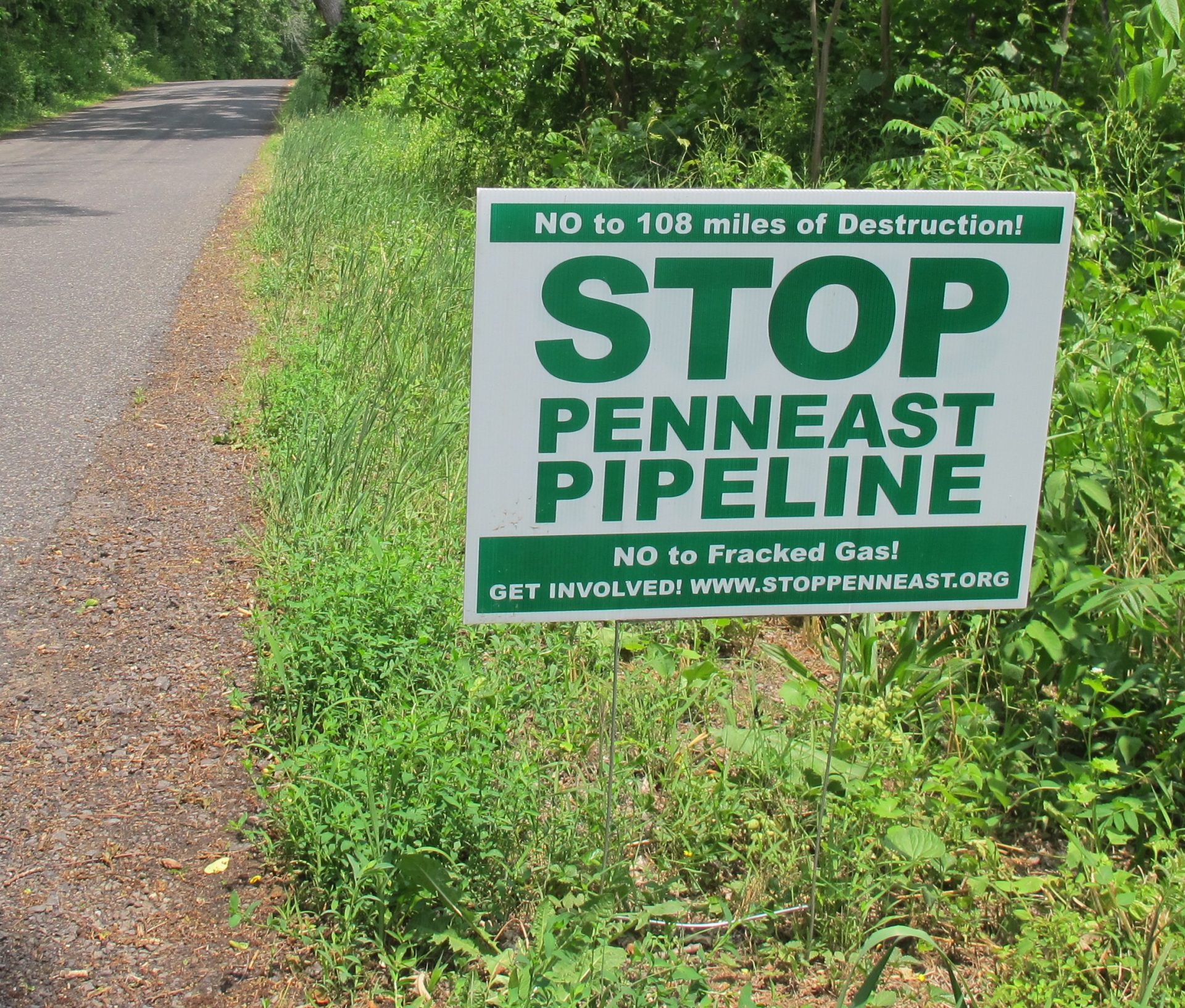 A yard sign opposing the planned PennEast pipeline. New Jersey officials said they need much more information before making a decision on permits. More than 100 New Jersey landowners are fighting PennEast’s attempt to get access to their land, and the company has sued 50 Pennsylvania landowners for eminent domain.

The judge ruled that PennEast has met all the conditions that allow a party to exercise eminent domain under federal law, and said it has the “substantive right” to condemn the stated portions of Bullrich’s eight-acre property.

The ruling gives PennEast permanent access to 0.6 acres of the land, and temporary access to another 0.6 acre.

The ruling was a rare boost for the embattled pipeline project, which has been strongly opposed by some communities along its approximately 120-mile route in Pennsylvania and New Jersey, and which faces legal challenges by the State of New Jersey.

If built, the pipeline would carry natural gas from Luzerne County, Pa. to Mercer County, N.J. The company says it would bring low-cost gas from Pennsylvania’s Marcellus Shale to more New Jersey consumers. Critics including the New Jersey Rate Counsel, an advocate for public utility ratepayers, say the line is not needed and that many of PennEast’s future customers are in fact partners in the project, which does not show that there would be genuine demand for the gas.

Bullrich, who has lived on the land for 32 years, is one of 50 Pennsylvania landowners who were sued by PennEast for eminent domain in February this year after refusing the company’s offers of compensation.

Anne Marie Garti, an attorney for Bullrich, said all the Pennsylvania landowners except her client later agreed to give PennEast access to their land for survey purposes. With Mannion’s order, Bullrich too must allow the company on to her property.

By contrast, about 130 New Jersey landowners continue to fight PennEast’s efforts to get access to their lands. Their cases are due to be decided by U.S. District Judge Brian Martinotti who last week wrote to New Jersey officials asking for their comments on the Pennsylvania ruling.

Attorney General Gurbir Grewal, responding in a letter to Martinotti on Monday, argued that PennEast had not followed the proper procedure in seeking access to the New Jersey properties, and therefore he should deny its request for an injunction that would allow it to condemn land in New Jersey.

Grewal said his argument was supported by a recent appeals court ruling that another pipeline company, Transcontinental, had established its right to condemn properties along its own route because it had first filed a motion for partial summary judgement – which PennEast had not done.

PennEast spokeswoman Pat Kornick said that all landowners on the Pennsylvania portion of the route – about two-thirds of it — have now agreed to surveys being conducted on their land.

Landowners are not compensated for survey access, but they are compensated for granting permanent easements, and for temporary easements such as access roads, Kornick said. Across the entire route, about 70 percent of affected landowners have now signed easement agreements, she said.

Construction of the $1 billion pipeline, previously scheduled to begin this year, is now due to begin in 2019, and will take about seven months to complete, she said.

New Jersey Conservation Foundation, a vocal critic of PennEast, said landowners who have now agreed – or are required – to provide access to their lands risk doing so unnecessarily if the pipeline eventually fails to get all its needed permits, and so is not built.

The environmental group cited the example of the proposed Constitution Pipeline, which famously cut down several acres of maple trees on a northeast Pennsylvania farm and was then denied a water-crossing permit by New York state, in a decision that was later upheld by FERC and an appeals court.

In that case, the landowners, the Holleran family, lost an eminent domain fight with Constitution’s builder, the Williams Companies, after a ruling by  Mannion.

“It is outrageous that the court permitted the condemnation of a homeowner’s land for construction of a pipeline that might never be built,” said Tom Gilbert, campaign director for the NJCF, which is challenging PennEast’s attempt to seize preserved land owned by the foundation.

The project still needs permits from the New Jersey DEP, which previously rejected its application on the grounds of incomplete information, and from the Delaware River Basin Commission, which has yet to begin its review of the project.

Two hurt in construction accident along Mariner East 2 near Pittsburgh