Democratic Socialists are coming to Harrisburg. What does it mean for environmental policies? | StateImpact Pennsylvania Skip Navigation

Elizabeth Fiedler, a candidate for state representative in Philadelphia, speaking at a fundraiser for DSA candidates in Pittsburgh.

Democratic Socialists are coming to Harrisburg. What does it mean for environmental policies? 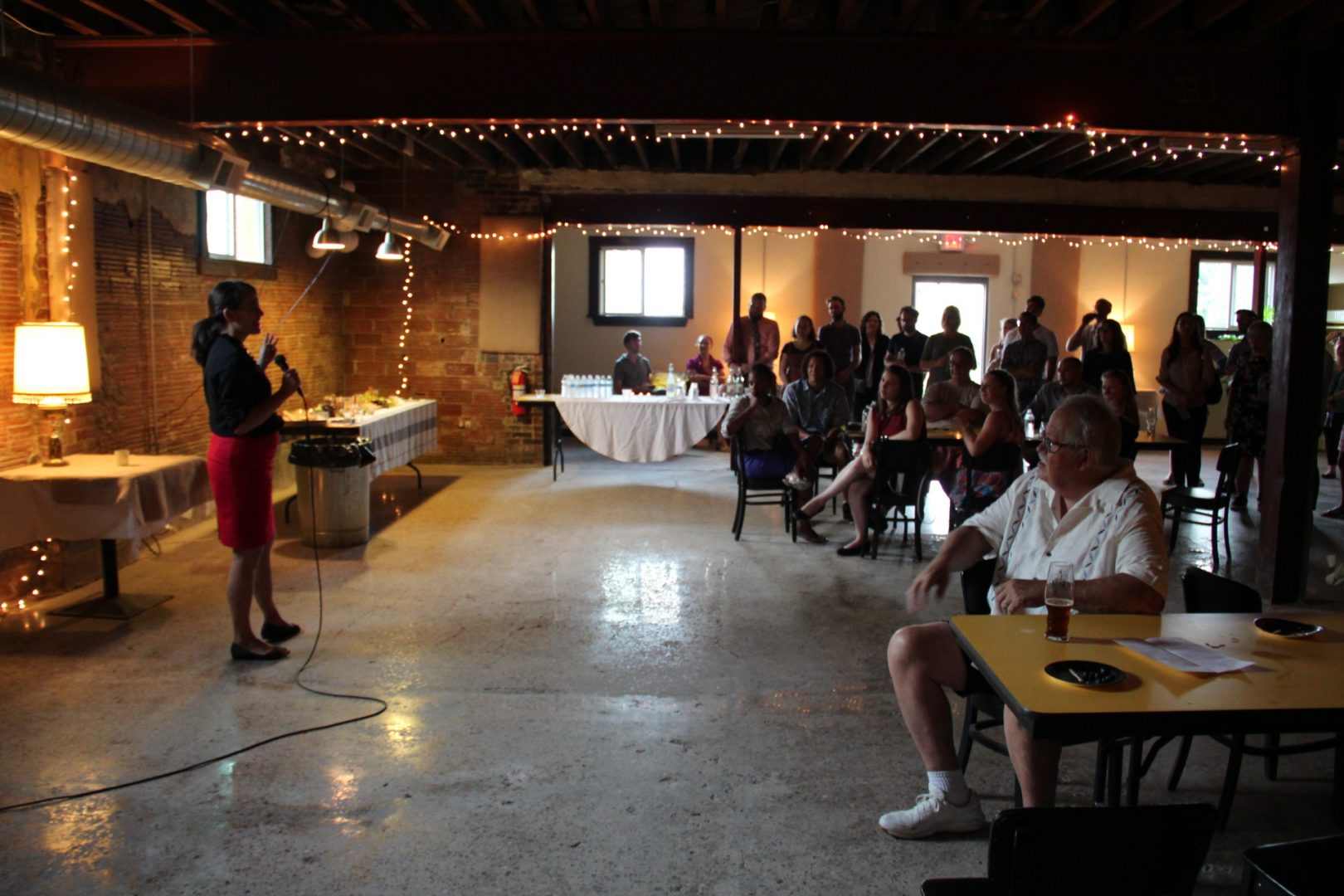 Elizabeth Fiedler, a candidate for state representative in Philadelphia, speaking at a fundraiser for DSA candidates in Pittsburgh.

At a former church-turned-Brewery on Pittsburgh’s North Side, a group of Democratic Socialist candidates recently mingled with donors at a fundraiser.

Among the candidates was Elizabeth Fiedler, a former public radio reporter at WHYY in Philadelphia, who ran a Democratic primary there for state representative because she was tired of the two-party system.

Fiedler has the endorsement of the Democratic Socialists of America, a left-wing group that has grown rapidly since the 2016 candidacy of Bernie Sanders and the election of Donald Trump.

She is one of three DSA-endorsed candidates for state legislature running unopposed on the ballot this year, after winning primaries in safe-Democratic seats. Each says the environment is a big issue for them, and their views on the environment are more staunch than those of “traditional” Democrats.

Fiedler says both parties are too dependent on corporate donations, and thinks their policies reflect that.

“When I was knocking on doors in South Philly, people talked about that all the time — whether it came to, whether it was about fracking or the health care industry,” Fiedler said.

All three candidates won Democratic primaries without running away from the ‘S’ word.

Socialism has been a dirty word in politics for decades, and, these days, it can mean a lot of different things.

The DSA advocates for greater public control over the economy, by providing more government services in exchange for higher taxes, and tighter regulation of industry. It supports unionization and increasing the minimum wage.

The Pennsylvania candidates want a moratorium on fracking, and more money for the Department of Environmental Protection. 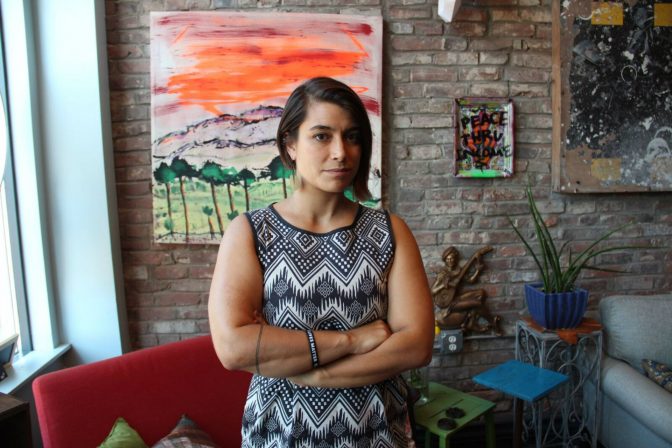 Sara Innamorato, a DSA candidate for state representative in Pittsburgh, is in favor of a severance tax if the money goes toward renewables and funding the DEP, and not the general fund.

“We should have environmental policies that ensure that our natural resources remain in the public good and are only used to benefit the people here and not corporate interests,” she said. “We’ve allowed this industry to dominate the state with very little oversight and regulation.”

She points out that state funding to the DEP has dropped 40 percent since 2000, and that the agency hasn’t had enough staff to adequately process oil and gas permits.

Though it’s gaining popularity among young people, recent polls show most Americans still have an unfavorable view of socialism.

Critics of the DSA say our capitalist system, with lighter regulations on private industry, is the best way to raise the standard of living.

“It shouldn’t be government telling businesses or people how to spend their money or how to best make money,” said Jason Gottesman, a spokesman for the Pennsylvania Republican Party. “That should be driven by what consumers deem to be important, or how businesses feel is best to build themselves.”

Gottesman says the type of change Democratic Socialists advocate would stifle the economy and suppress personal freedoms, like property rights.

He says a moratorium on fracking would deprive mineral rights owners the ability to profit off of their property.

“You have the government coming in and telling people how they should be able to use their property,” he said. “That’s the government inserting itself into people’s lives and (property) they rightfully own that is just inappropriate.”

Gottesman says that with the success of DSA candidates in this year’s Democratic primaries, the rest of the party will strain to “stay left” and veer toward socialism to appease its base. 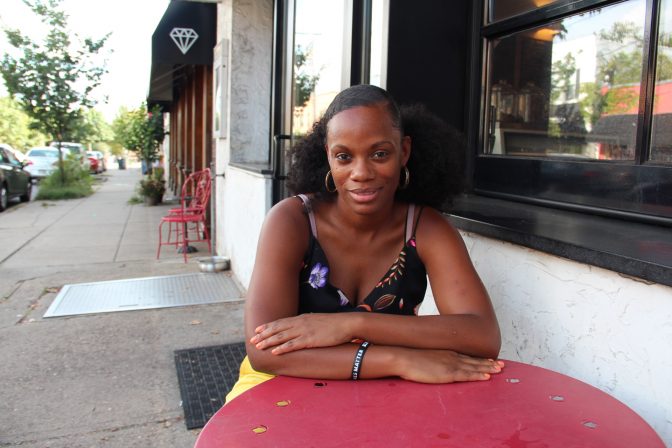 Summer Lee, for one, doesn’t see the problem with that.

“Saying that every person in this nation deserves healthcare access, that everybody deserves environmental justice…If that’s socialism, then I will need someone to explain to me what the problem with that is,” says Lee.

A new kind of conversation

Lee won a Democratic primary for state representative near Pittsburgh over a longtime incumbent, and, like Innamorato and Fiedler, is running unopposed in the general election. She lives in North Braddock, a town overlooking a steel mill that has been cited for multiple air quality violations that resulted in releases of toxic air pollution into a poor, majority black community. Demanding the mill clean up its pollution has been part of her pitch from the beginning.

She’s also called for a moratorium on fracking, after the steel mill made a deal to allow a natural gas well on its property.

“Would you want your kids to go to a school that’s sitting next to a fracking well?” she said. “If the answer is ‘no,’ if you are unsure about whether those kids will be safe, then we need to sit down and have a conversation about whether this is something that we should be doing.”

Lee and her DSA counterparts have drawn praise from environmental groups, like Conservation Voters of Pennsylvania. But executive director Josh McNeil says it’s not just because of their policies, but how they talk about them.

“They were campaigning on issues of environmental justice and environmental racism. Summer Lee was maybe the first candidate for state office that I’ve ever seen talk about the inherent racism in a lot of the way that environmental impacts are distributed in this country,” he said.

“It’s not so much about what their positions are. It’s about being willing to sort of call them out and take that message to Harrisburg.”

None of the DSA legislators-to-be expects their ideas to be embraced in the statehouse.

Innamorato acknowledges that’s especially true because trade unions, traditionally allies of Democratic politics, back the oil and gas industry, because of the jobs it provides.

But she thinks she and her fellow candidates can begin to change the conversation in Harrisburg.