Ageing pipeline, which has leaked before, will be used to temporarily carry natural gas liquids 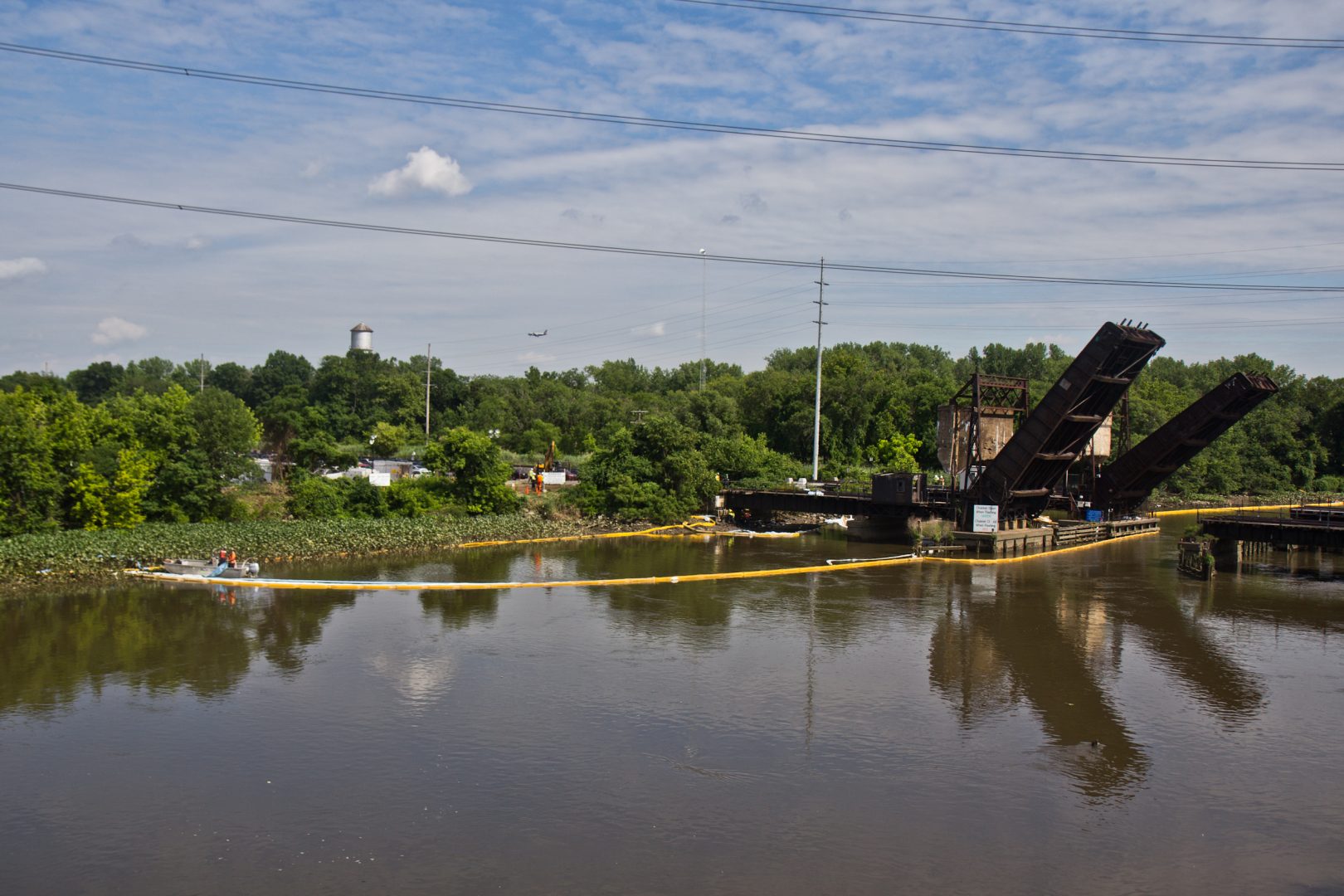 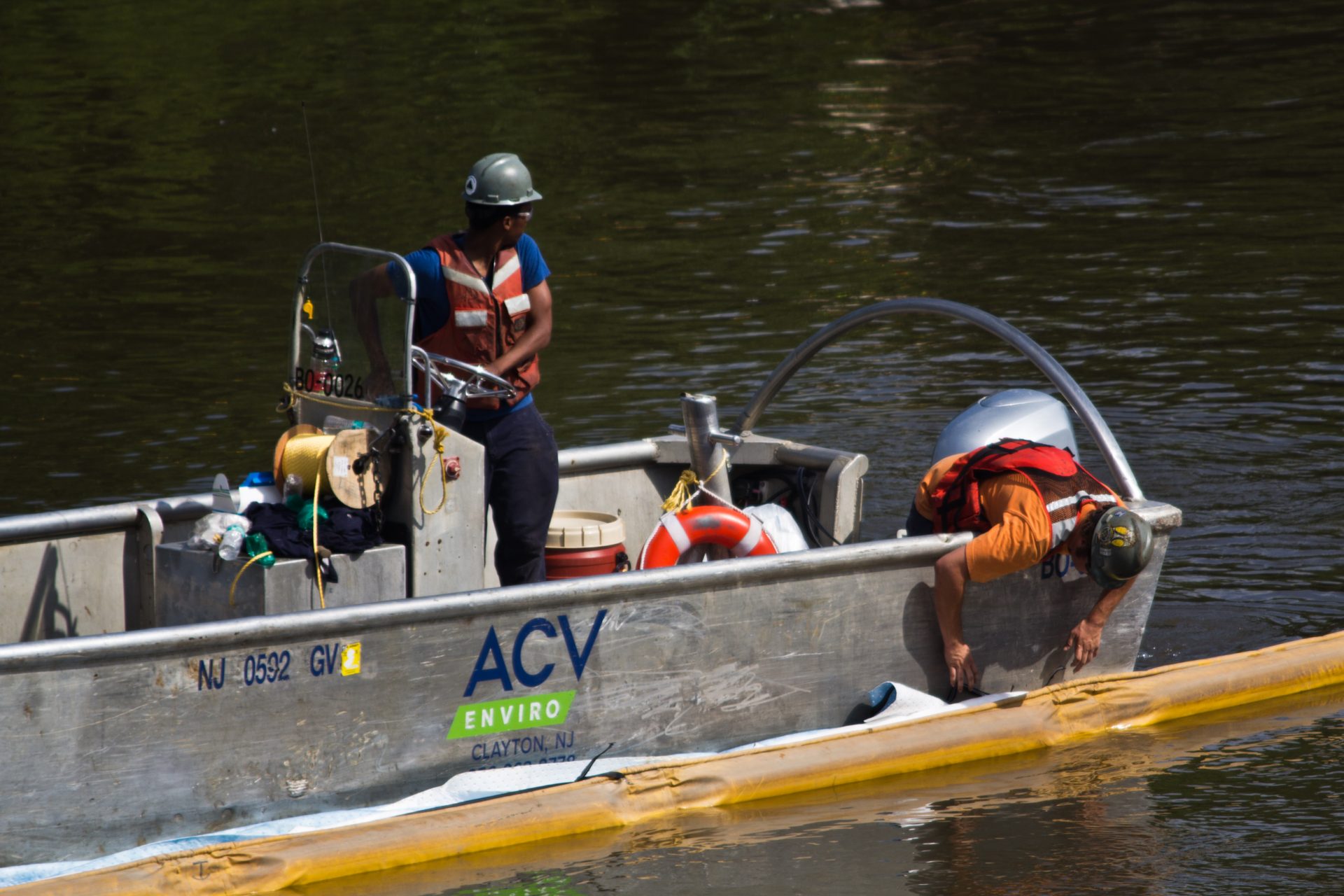 An 81-year-old pipeline that Sunoco plans to convert for natural gas liquids leaked more than 33,000 gallons of gasoline into a creek near Philadelphia in June because of an unspecified pipe failure, according to new data from a federal agency.

The Pipeline and Hazardous Materials Safety Administration released a spreadsheet disclosing details of its investigation into the spill that was first reported by a member of the public on June 19 at Darby Creek near Philadelphia International Airport.

The data show that 798 barrels, or 33,516 gallons, of gasoline were “unintentionally” released by the pipeline that runs from Point Breeze near Philadelphia to the Montello terminal at Sinking Spring near Reading, Berks County.

A section of the 12-inch pipeline, which was manufactured and installed in 1937 and has leaked at least twice before in its history, will be used temporarily as part of the new Mariner East 2 natural gas liquids pipeline until construction on delayed sections of the line is completed, Sunoco has said.

About two-thirds of the spill, or 509 barrels, was recovered, leaving a net loss of 289 barrels or 12,138 gallons, according to the PHMSA data. The pipeline had been shut down for routine maintenance the day before the leak was reported, and was restarted with a new section to replace the leaking pipe on July 1.

PHMSA said it first learned of the spill on the evening of June 19 from a “private citizen” who reported a petroleum odor at Darby Creek near where it flows under route 291 a few miles west of the airport.

“The control center immediately notified field operations of the complaint and personnel were dispatched to the area to investigate,” the report said.

It does not specify any environmental damage but affirms soil contamination and a need for long-term remediation.

“Product recovery and site remediation efforts continue,” the agency said in a narrative accompanying the data table. “The failed pipe was fully excavated, removed and replaced.”

PHMSA said it will file another report when it has received information on the cause from a third-party that is doing a metallurgical analysis of the failed pipe.

Sunoco, a unit of Energy Transfer Partners, did not immediately respond to a request for comment. In July, it said it will use the 12-inch line to carry natural gas liquids from Wallace Township in Chester County to Middletown Township in Delaware County, a distance of about 25 miles, for a temporary period while Mariner East 2 is being completed.

Rick Kuprewicz, an independent pipeline expert, said he reviewed the integrity of the 12-inch line for West Goshen Township, one of the municipalities where Sunoco plans to utilize the line, but that his report is not yet public.

Kuprewicz said the leak at Darby Creek is not likely to have been caused by the age of the line, “knowing what I know about pipe steel.”

The multibillion dollar, cross-state pipeline is now at least 18 months behind its original schedule after construction caused a string of delays, including dozens drilling mud spills statewide and sink holes in Chester County. The incidents prompted three shutdowns ordered by two regulators and a judge. The company plans to use the older line so that it can start to meet customer orders for propane, butane and ethane by the end of September.

The addition of the 12-inch line to ME2, albeit temporarily, has fueled the fears of pipeline safety campaigners who say the old line adds to the dangers of leaks or explosions of the highly volatile liquids to be carried by the line.

“Once again, Sunoco has had an accident on its 12-inch Point Breeze to Montello pipeline,” said Eric Friedman, a member of Del-Chesco United for Pipeline Safety, a coalition of community groups in Delaware and Chester Counties. “And once again, it has demonstrated an inability to detect that a leak is occurring.

“It took Sunoco seven days after the public’s report of a leak to even confirm that it was its pipeline that was leaking,” Friedman said. “Had this accident involved hazardous, highly volatile liquids, the result could have been catastrophic.”

In 2015, the line leaked an unspecified quantity of gasoline at Edgmont Township in Delaware County, prompting local officials to write to the PUC expressing “serious safety concerns.” In 1987, the pipeline spilled about 70,000 gallons of gasoline in West Whiteland Township, Chester County.