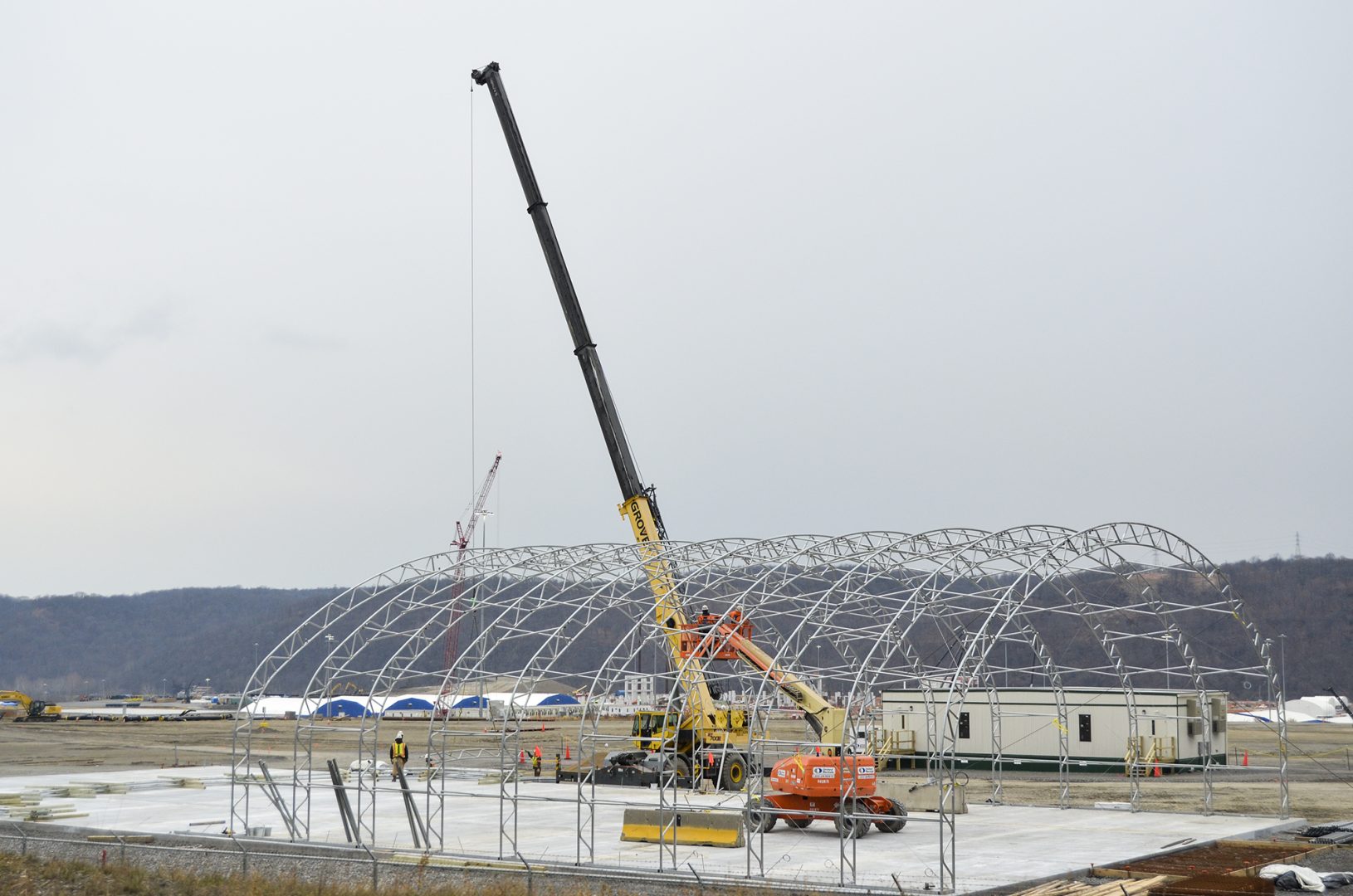 For months, piping destined for Shell Chemical’s Petrochemical complex in Beaver County sat in the custody of U.S. Customs and Border Patrol.

The piping spools would be part of the company’s $6 billion ethane cracker, which is under construction. But Shell couldn’t order them to Pennsylvania, because they were made with Brazilian steel — and Brazil is one of the countries hit with tariffs and quotas by the Trump administration.

Now the pipes will be headed to western Pennsylvania, after all.

This week, Trump administration eased a quota on imported steel from several countries, including Brazil, allowing Shell to bring the pipe to its plant site near Monaca, Pa.

Michael Marr, Shell’s Business Integration Lead for the ethane cracker project, said the piping spools had been held by customs officials since early June. In an email, he said the arrival of the pipe “means the construction of our Pennsylvania petrochemicals plant can continue to create jobs and fuel economic prosperity for thousands of Americans.

“We appreciate that the President sees clearly the benefit of allowing steel quotas to be raised in circumstances where pre-orders were in place years in advance of new trade laws and where no reasonable alternative exists,” Marr said.

He singled out Shell’s project, warning of layoffs if the administration kept the quotas in place. Toomey, an opponent of Trump’s protectionist trade policies, lauded the quota decision. But he said the administration should also exempt Pennsylvania companies from the 25 percent tariff on imported steel that remains in place.

“(T)hese companies and their workers will still be at a competitive disadvantage as they will be required to pay tariffs instead of being able to freely buy the materials needed for their operations,” Toomey said, in a written statement.

Shell could appeal these tariffs, as it has for material used for its offshore drilling operations, but it might have to wait a while for a decision. More than 37,000 requests have been made for tariff exemptions, and so far the Department of Commerce has made a decision on less than 10 percent of them.

The oil and gas and petrochemical industries are likely to feel some pain from the tariffs, said Kristen Hayes of SPG Global Platts, an energy research firm. But the tariffs aren’t big enough to stop big petrochemical projects like Shell’s, because ethane, the natural gas byproduct the company will use to make the building blocks of plastics at the plant, is plentiful and low-cost.

“As long as (natural gas) feedstocks remain cheap enough,” said Hayes, “companies likely will forge ahead and absorb higher construction costs that they can make back over the long run.”