Mariner East 2 pipeline work in Delaware County in July. Sunoco says the line is to be operational by the end of September. 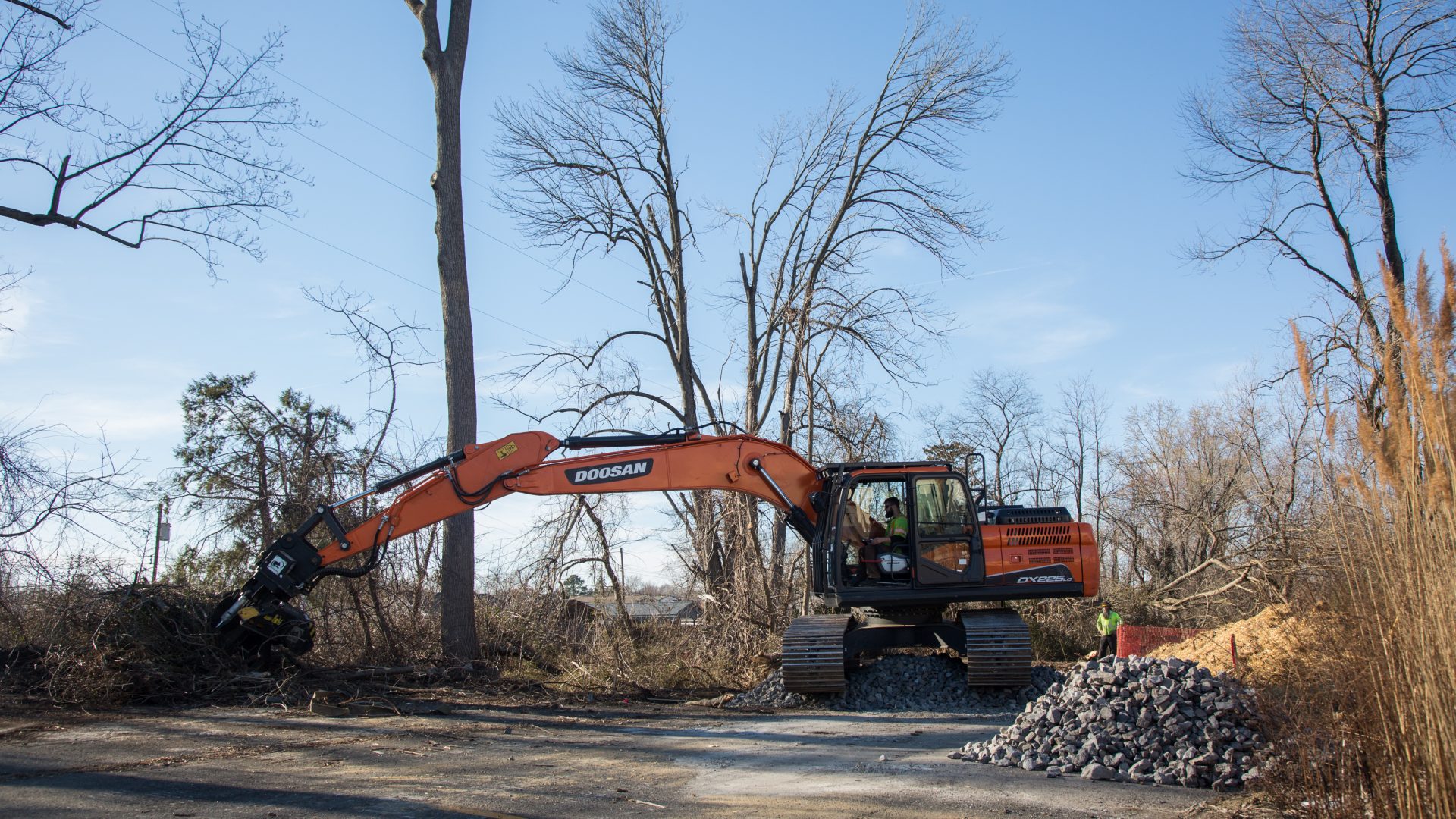 Mariner East 2 pipeline work in Delaware County in July. Sunoco says the line is to be operational by the end of September.

Police arrested three women protesting Sunoco’s Mariner East pipelines on Saturday after they refused to leave private property where the pipelines are being built.

“What led us to make the arrest was that they were on private property, the owner wanted them to leave, and they refused,” said Cpl. D. Durham of the Pennsylvania State Police barracks at Media. Durham said the women were “singing songs and stuff” in the work area.

The women were released after being charged with criminal trespass, a summary offense, and may choose to pay a fine or plead not guilty in court, Durham said.

The demonstration took place at a site on the pipeline route a few hundred feet from an elementary school that critics say would be especially vulnerable to any explosion or leak of natural gas liquids from the line.

Tanner Rouse, an attorney for the women, said they were trying to draw attention to what they say is the risk faced by elementary school students when Mariner East 2, the first of two new pipelines, starts operating. Sunoco says the line will open by the end of September.

“They are protesting the lapses in judgement and safety that have gone on throughout this process here and around the country, and the dangers that it poses to school children,” Rouse said. “School is starting up next week, and there is a pipeline that has had numerous safety problems, and is about to begin operation in spite of those things, in the backyard of our elementary school.”

The company’s lapses, Rouse said, include giving incorrect information to a water contractor about the depth at which the new pipeline was buried near the school, Glenwood Elementary. The contractor struck the line with earth-moving equipment during an excavation in May.

The women arrested on Saturday were not available for comment, Rouse said.

Vicki Granado, spokeswoman for Sunoco’s parent, Energy Transfer Partners, said people have a right to lawfully protest but not if they are trespassing.

“People that enter our right-of-ways who are not associated with our project are trespassing,” she said in a statement. “It is not safe for people who are not specially trained and who are not wearing the appropriate clothing to be on or around an active construction site. Safety is our top priority for everyone as we build this pipeline to the highest standards.”

The Middletown event was one of five held across Pennsylvania on Saturday to express support for Ellen Gerhart, a retired teacher and Huntingdon County landowner who was jailed for two to six months in early July for violating a court order that prevented her interfering with Mariner East construction on her land.

Gerhart, a symbol of resistance for Sunoco’s critics, partially admitted the charges against her in court on Aug. 3, saying her intention was to “annoy and harass” workers, according to the Altoona Mirror.

Centuries-old plant collections could answer questions about impact of urbanization