Anaïs Peterson, 20, used to play soccer at this field in Indiana Township that's close to the site of a new natural gas well pad. She's organizing a march in Pittsburgh focused on climate change, and is calling for officials to stop the expansion of fracking in Allegheny County, among other requests. 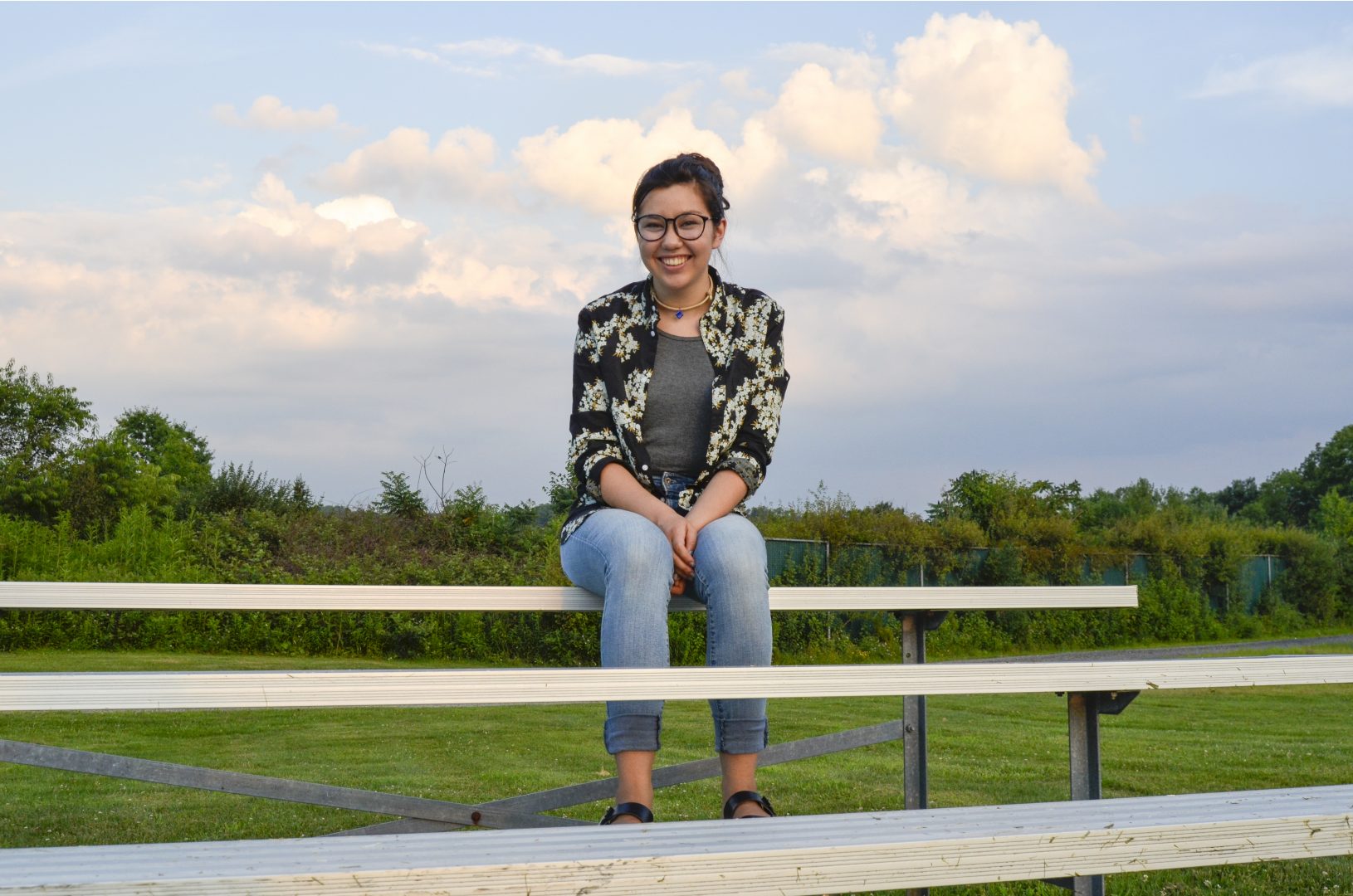 Anaïs Peterson, 20, used to play soccer at this field in Indiana Township that's close to the site of a new natural gas well pad. She's organizing a march in Pittsburgh focused on climate change, and is calling for officials to stop the expansion of fracking in Allegheny County, among other requests.

Standing in the middle of a grassy field just outside Pittsburgh, Anaïs Peterson recalled the years she spent playing soccer here.

“That’s the goal you always want,” she said, nodding to the east.

A mile beyond that goalpost in Indiana Township lies a natural gas well pad that didn’t exist during her soccer days.

Now, her brother plays soccer here, and her dad’s the coach. They’re searching for another location for games in light of the gas development nearby, she said.

Peterson wants municipalities like this one in the Pittsburgh suburbs to beef up their zoning rules to prevent fracking in residential areas.

This issue, in part, has fueled her young activism career. The 20-year-old college student has testified in front of governing boards, attended rallies and joined student groups focused on environmental issues.

Now, for the first time, she’s spearheading her own event, a march on climate change Saturday in Pittsburgh. It coincides with the “This is Zero Hour” march taking place in Washington, D.C. and others across the country rallying young people around the idea that they make up the last generation that can curb climate change.

Peterson is planning the march with the environmental group 350 and NextGen Pennsylvania, which is part of NextGen America founded by the billionaire climate activist Tom Steyer.

With less than two weeks to go until the event, Peterson met up with NextGen’s Matthew Hatfield and Becca Tasker at the group’s office in Pittsburgh to finalize plans.

Hatfield and Tasker are both in their early 20s. They want people their age to vote to influence climate policy.

“I believe that an event like we’re having with the climate march is expressive of a lot of the people in the younger generation thinking that even though we are not at the best point now, that we can still do as much as we humanly can to fight climate change,” Hatfield said.

He said getting them motivated is key.

“We just want to make sure we are vocal and loud about making the proper changes in the future,” he said.

Then comes mobilizing young people to turn out at the polls. NextGen plans to register voters along the route of the march.

“People hated talking about politics before 2016. It was very taboo,” she said. “I was in college at the time, but even people my age did not want to engage.”

Then, Donald Trump was elected president. She said young people with progressive beliefs are waking up.

“Very, very rarely do we have anyone say, “Oh, I don’t vote. I don’t care about politics,’” she said.

Peterson cared long before she could vote. As a teenager, she spoke out against fracking to the county council. Now, she’s part of a group of University of Pittsburgh students urging the school to divest its endowment from fossil fuels.

So it’s no surprise that climate change affects the way she votes. She’s trying to make sure it’s a priority for others by organizing this march, along with additional efforts like a project she undertook this spring.

“Before the election, I went through all the candidates in the primary and made this giant 15-page spreadsheet on how they felt on the issues,” she said.

She sent it to her friends and posted it to Snapchat and Facebook pages geared toward Pitt students. Now, she hopes those people and others — high schoolers, students at other schools and even older adults — show up for the march.

The march Peterson is organizing will start at noon in downtown Pittsburgh and go past the offices of three elected officials.

“I think people feel like they’re empowered when they are able to say, ‘This is what my elected official is doing, and this is what I want them to do,’” she said.

The event will begin outside the office of Republican Sen. Pat Toomey. Peterson said she’s calling on him to acknowledge climate science and make it a priority in his votes.

A spokesperson for Toomey said the senator does believe climate change is real.

“The main issue before us is how to address it in ways that both protect the environment and promote economic growth,” spokesperson Steve Kelly wrote in an email.

He added that the senator supports the First Amendment rights of every American to voice their opinions, regardless of whether he agrees, and that he hopes the discourse is civil, truthful and “designed to make actual progress.”

Peterson is also calling on Democratic Mayor Bill Peduto to speak out against Shell’s ethane cracker plant under construction in neighboring Beaver County. Environmentalists contend emissions from the facility, once operational, will negate efforts to reduce emissions in Pittsburgh.

A Peduto spokesperson pointed to a past statement issued by the mayor that says he shares concerns raised over the plant and has spoken out against its construction. But, the mayor said, the project is supported by elected officials in the area where it’s being built.

Peterson said she also wants Allegheny County Executive Rich Fitzgerald, a Democrat, to stop the expansion of fracking in the county and form a committee focused on bringing renewable energy and clean industry opportunities to the area.

“This is a big county, and there are many interests and issues,” county spokesperson Amie Downs wrote in an email in response. “The County Executive welcomes the opportunity to talk with residents about their concerns and priorities at any time.”

After the march passes the offices of these three officials, it will wrap up downtown at Mellon Square, where environmental groups will be waiting to talk to participants.

“Young people have so much energy, so being able to connect those two and make this a powerhouse is something I really want to be able to do here,” Peterson said.

Plus, there will be a food truck, music and maybe even a dance party to keep that energy level high.