A company cut trees for a pipeline that hasn’t been approved. The landowners just filed for compensation | StateImpact Pennsylvania Skip Navigation

A company cut trees for a pipeline that hasn’t been approved. The landowners just filed for compensation

Family contends the line will never be built 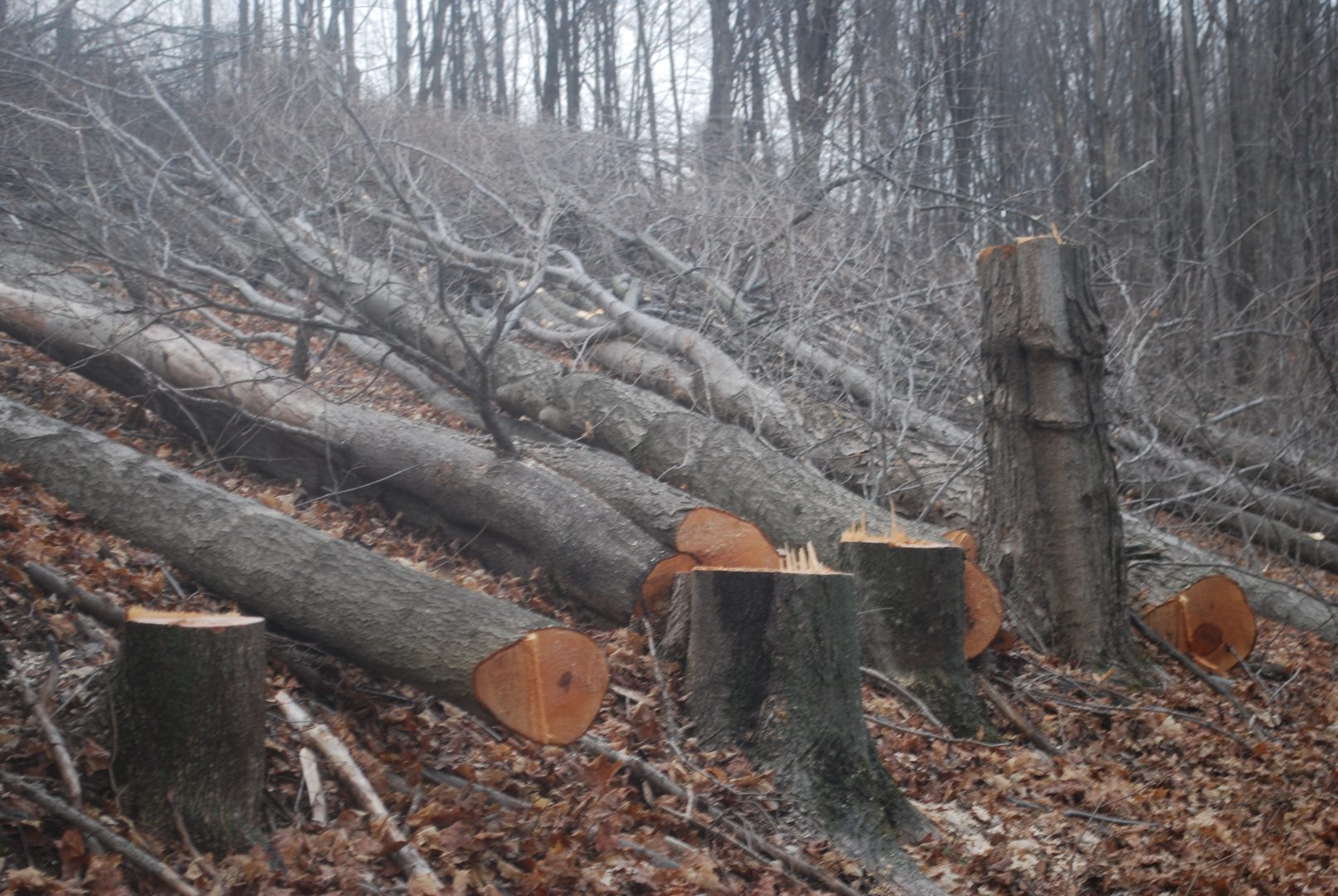 A Pennsylvania family that lost more than 500 trees to make way for the stalled Constitution Pipeline project asked a court on Thursday to dissolve an injunction that gave the company access to their property, and to determine compensation that remains unpaid.

The Hollerans of New Milford Township in Susquehanna County argue that the pipeline will never be built after it was blocked by New York state environmental regulators, and say they have not received compensation more than two years after chain-saw crews felled the trees before the natural gas pipeline received all its needed permits.

The family received widespread media attention when federal marshals armed with semi-automatic weapons and wearing bulletproof vests patrolled the isolated 23-acre farm in early March 2016 in an attempt to protect the tree-cutting crews from a handful of protesters.

Twenty-eight months later, the Hollerans are asking a judge to overturn the injunction that allowed Constitution, operated by the Williams Companies, possession of about five acres of their property on which to build the pipeline.

“The continued injunction has, and will continue to, wreak severe hardship on the landowners who continue to play involuntary host to a … company that has not paid a dime of compensation for the occupation and destruction of the landowners’ trees, land and business, or the retaliatory harassment inflicted on them for exercising their First Amendment rights to oppose occupation of their property,” the family said in a document filed in federal court for the Middle District of Pennsylvania.

The 125-mile pipeline is designed to supply enough natural gas from Pennsylvania’s Marcellus Shale to supply about 3 million homes in New York. 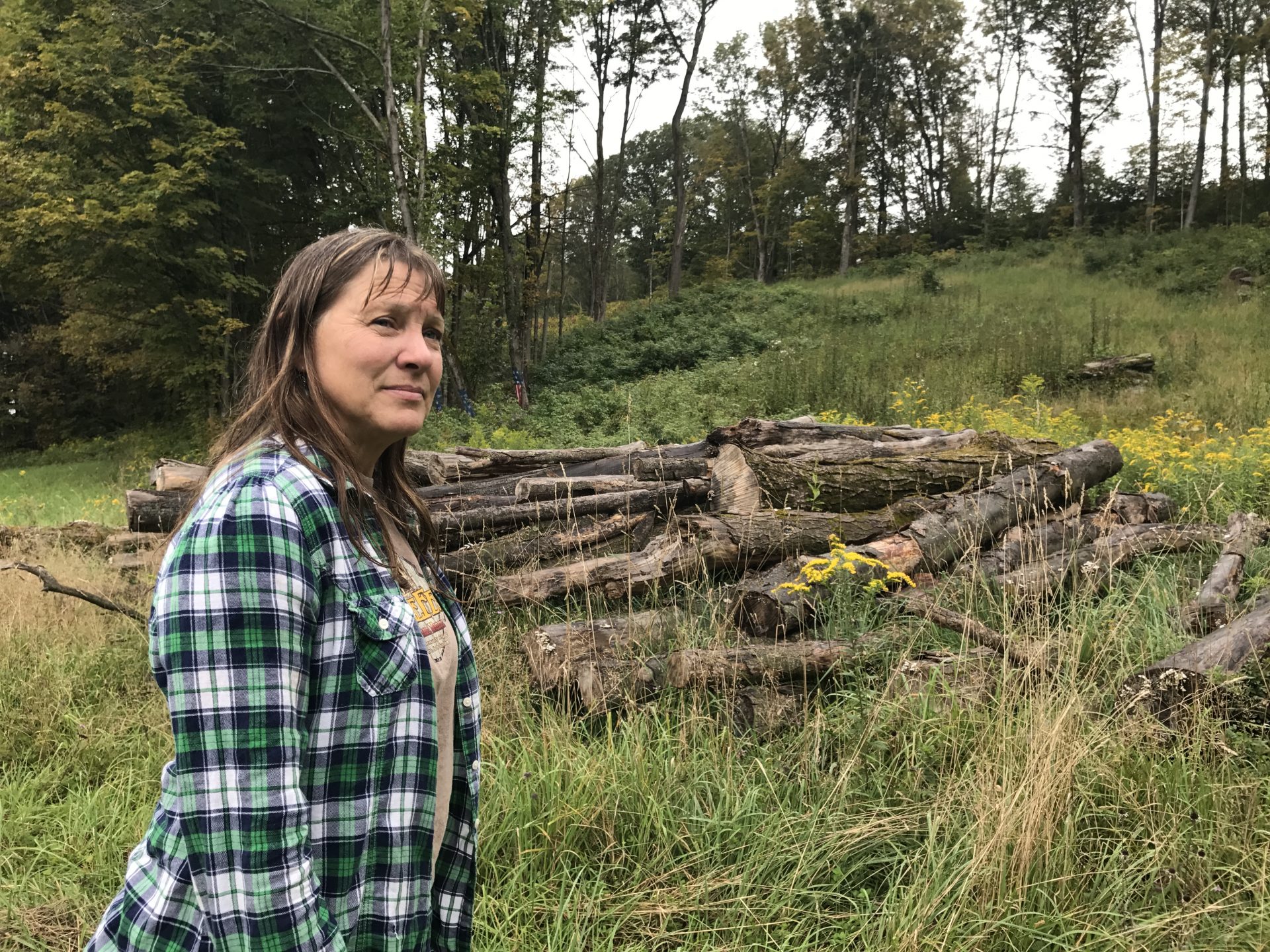 Hundreds of Cathy Holleran's maple trees were cut down, through the use of eminent domain, for an interstate natural gas pipeline that's now stalled.

Catherine Holleran, co-owner of the property that has been in the family since the 1950s, wrote in another document filed Thursday that 558 trees were cut down, about half of which were sugar maples that the family had been using to build up a syrup business.

The company left the trees lying on the land until the spring of 2017, and failed to remove the stumps, preventing the family from using the land for other purposes, she said.

Some of the trees were around 200 years old and so are irreplaceable, she said.

“The entire ordeal has had an enormous emotional toll,” Holleran wrote. “The court proceedings followed by the armed guards on the property created immeasurable stress.”

She believes her family was treated more harshly than other landowners “because we spoke out against the pipeline.”

In April 2016, a month after the trees were cut, the New York State Department of Environmental Conservation denied Constitution a Section 401 water-quality permit for the 98 miles of the pipeline that are due to run through the state. That decision was upheld by an appeals court, and the U.S. Supreme Court, after an appeal by Williams, declined to take the case in April this year.

In response to the family’s filings, Williams said a certificate of public convenience and necessity issued by the Federal Energy Regulatory Commission for the project is still in effect, and that its sponsors remain committed.

The company said it is asking FERC to rehear its finding that New York DEC did not waive its requirement for a Section 401 water permit. If FERC denies the request, Williams said it will file a petition for review with the D.C. Circuit Court of Appeals.

“We continue to believe that the project should be allowed to proceed with construction,” spokesman Christopher Stockton said. “The project represents much-needed energy infrastructure designed to bring natural gas to a region of the country that this past winter experienced the highest natural gas prices in the world.”

But Carolyn Elefant, a lawyer for the family, said it appears that the pipeline will never be built because the permit was denied and that decision has been affirmed in the courts. She said Williams’s argument in favor of the injunction – that it needed immediate access to the property to build the pipeline – is now invalid because the pipeline cannot be built.

Elefant said it is possible that Williams will seek to salvage the project by renting space on other pipelines or rerouting the pipeline in New York, but even if it pursues those options, she said it is not entitled to keep possession of the property indefinitely, especially since it hasn’t paid any compensation.

Even though FERC extended the pipeline’s in-service date by two years to December this year, “all the time in the world will not save Constitution’s pipeline because without the Section 401 permit, Constitution cannot build the pipeline,” the family said in one of the court documents.

The Hollerans are asking for a jury trial to determine compensation.