30 years of data show how much the U.S. has warmed. Now the race is on to adapt | StateImpact Pennsylvania Skip Navigation

Eastern Pa., New Jersey and Delaware have seen a rise of about 2 degrees 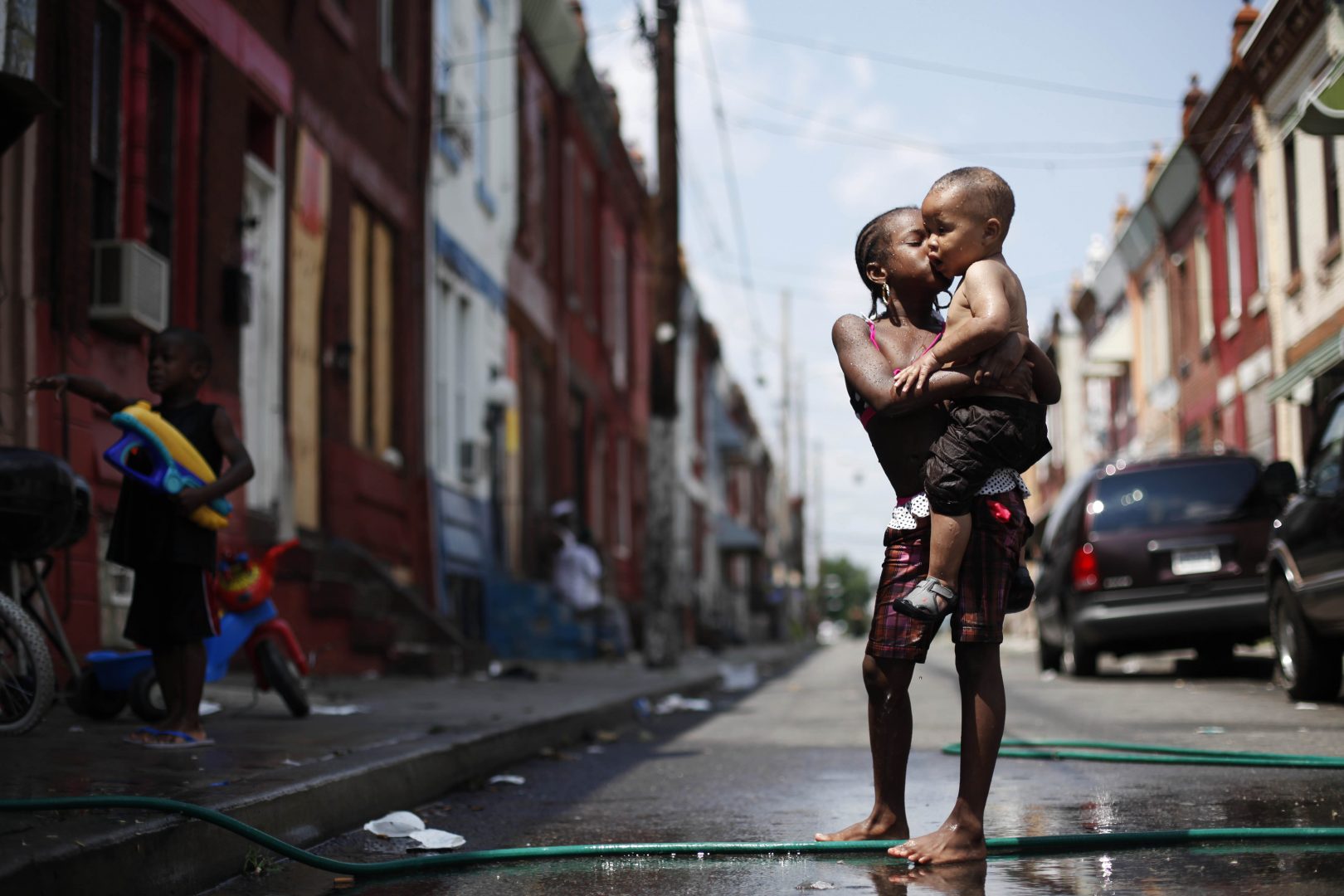 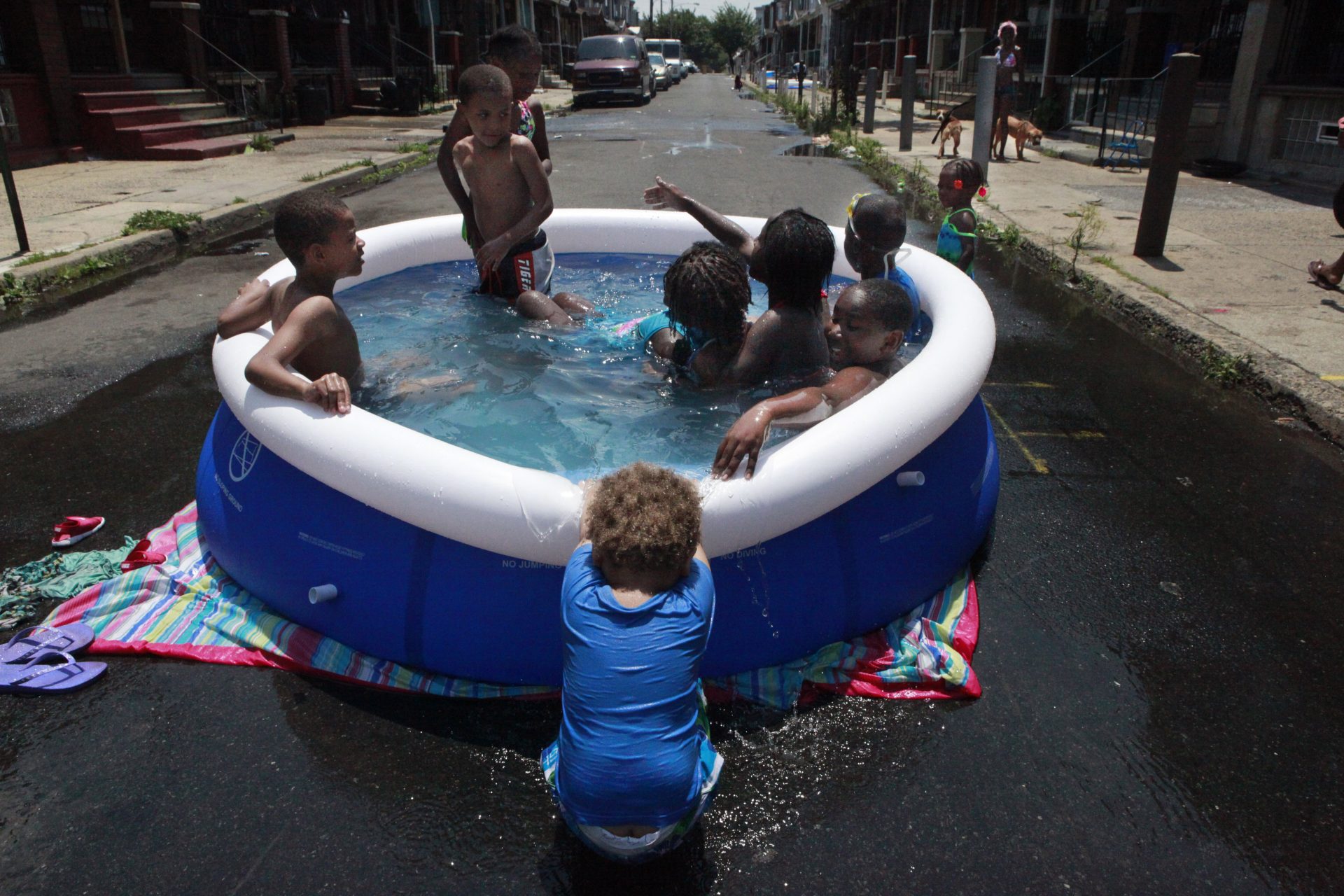 File photo: Michael Hall pulls down the edge of the pool while others swim on Wednesday, June 20, 2012, in Philadelphia. Climate change has already brought hotter weather to the state, where some areas have warmed two degrees in 30 years.

Summer is officially here. And if you’ve noticed the long hot days are hotter than in the past, you’re right. Federal data backs it up.

Average daily temperatures across all parts of all 50 states have risen since the late 1980s. Saturday marks the 30-year anniversary of climate scientist Jim Hansen warning the U.S. Congress of a warming planet. And in those three decades, North America has warmed 1.89 degrees — more than any other continent.

And some of the warmest areas are along the eastern seaboard.  The eastern half of Pennsylvania, all of Delaware and New Jersey have seen the average daily temperature rise about two degrees Fahrenheit compared to just 30 years ago, according to data from the National Oceanic Atmospheric Administration that was analyzed by The Associated Press. Central and western Pennsylvania have fared a little bit better, with temperatures rising between 1 and 1.5 degrees.

Jessica Shirley is the policy director for Pennsylvania’s Department of Environmental Protection. Shirley helps coordinate climate change policies at the DEP, which has specifically focused on projects to reduce state carbon emissions. But she says climate change realities like rising temperatures are shifting the discussion.

“It means we need to start seriously talking about climate adaptation,” Shirley said.

Every three years, the state has to report on ways to reduce the greenhouse gas emissions, but the state law doesn’t mention adaptation.

This year, for the first time, the state’s climate action plan will also give advice to policy makers, people, businesses and local communities on adapting to a planet that has already warmed. High on the state’s list are efforts to help farmers adjust, protect public health, and reduce flooding.

“How do we manage storm water,” Shirley said, “because we’re getting a lot more quick rain events than we ever did in the past.”

PennDOT is developing resiliency planning based on newly projected flooding on state roads. And the Department of Conservation and Natural Resources just released its own plan to protect public land and forests from climate impacts such as invasive species, loss of forest cover and increased flooding.

Flooding and rising temperatures are things Christine Knapp thinks about all the time. She’s Philadelphia’s sustainability director in charge of planning for climate change impacts. The city worked with a researcher at Arizona State University several years ago to plot the average surface temperature across different neighborhoods. Knapp says one of the things they discovered is that some of the hottest areas are also some of the poorest.

“So this is not only where it is hotter but where people live who are the most vulnerable to the heat,” she said. “So African-American and Latino neighborhoods are all these red neighborhoods, which are lower income, lower tree canopy, and have higher rates of certain health issues like cardiovascular disease.”

They’re also areas where a large number of elderly residents may not have access to air conditioning.

“You always hear, check on your elderly neighbor. But how many people actually go do that?” Knapp said. “You kind of want to know who that person is before you knock on their door and they probably want to know who you are before they answer the door for some stranger.”

She says research shows that people who are socially isolated are more vulnerable. So, knowing your neighbors can mean the difference between life and death in a bad heat wave. The city is starting a pilot project in North Philadelphia this summer to try to find solutions for rising temperatures.

‘We used to actually have four seasons’

Musicians Taliah Munir and Nadirah Barba say things have definitely changed since they were children. Sitting in the shade while on break during a dress rehearsal for an outdoor performance at Philadelphia’s Independence Mall, Munir said she’s noticed the weather is not the same.

“We used to actually have four seasons but now the seasons seem to run into each other. We didn’t even really have spring — we went right from cold weather into hot weather,” she said.

Her friend Nadirah Barba, who grew up in Philadelphia, agreed.

“When I was a youngster you could go sledding in the street. You can’t do that anymore — the snow comes and it just evaporates,” she said.

Climate scientists say that understanding the origins of regional or local differences is very difficult.

“If we could give you a really great explanation for that, we would be able to solve a lot of interesting problems really quickly,” said Melissa Gervais, a climate scientist at Penn State.

Gervais says there are too many factors involved when you look at climate trends on such a small scale, including natural climate variations. But the main takeaway from this data, she says, is that it’s getting hotter, and it’s getting hotter in all areas of the country.

New Jersey’s state climatologist David Robinson agrees. He says when you study climate change, you have to be patient and observe the trends over time.

“You can’t see things happening overnight,” he said. “But when you look at the grand picture you begin to see the human component of change underpinning everything. Everything is being built on a warmer planet right now.”

Robinson said he wouldn’t put much stock in the fact that New Jersey and eastern Pennsylvania have seen some of the highest change in the past 30 years compared to the rest of the country. But he says overall, the 1980s was a turning point for temperature.

“It really turned a corner in the late ’80s and started going up at a faster pace than we have seen previously,” he said. “And not just in New Jersey.”

Robinson said the polar regions have warmed the fastest, and according to NOAA’s data, Alaska has warmed an average of 2.4 degrees since 1988.