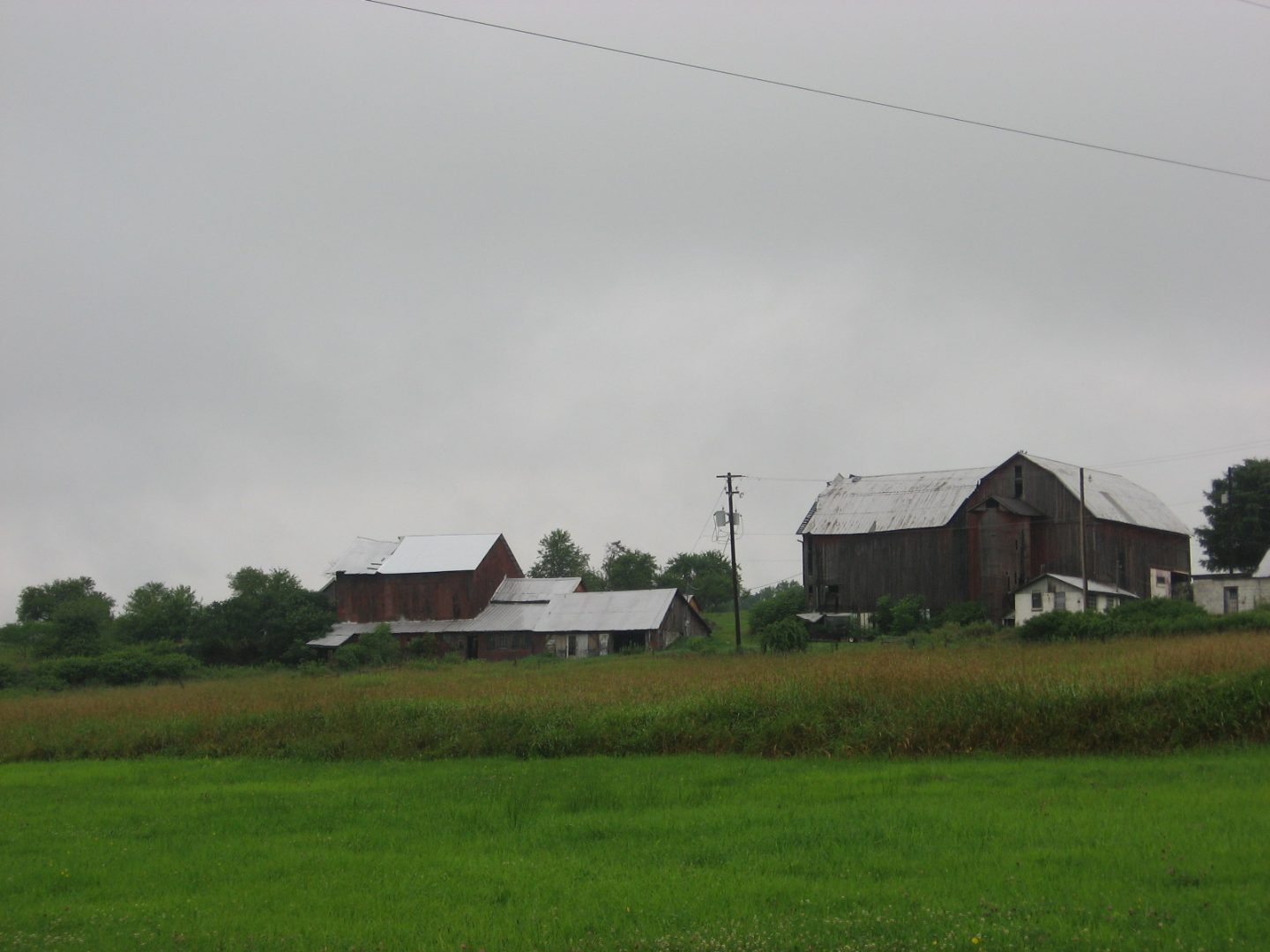 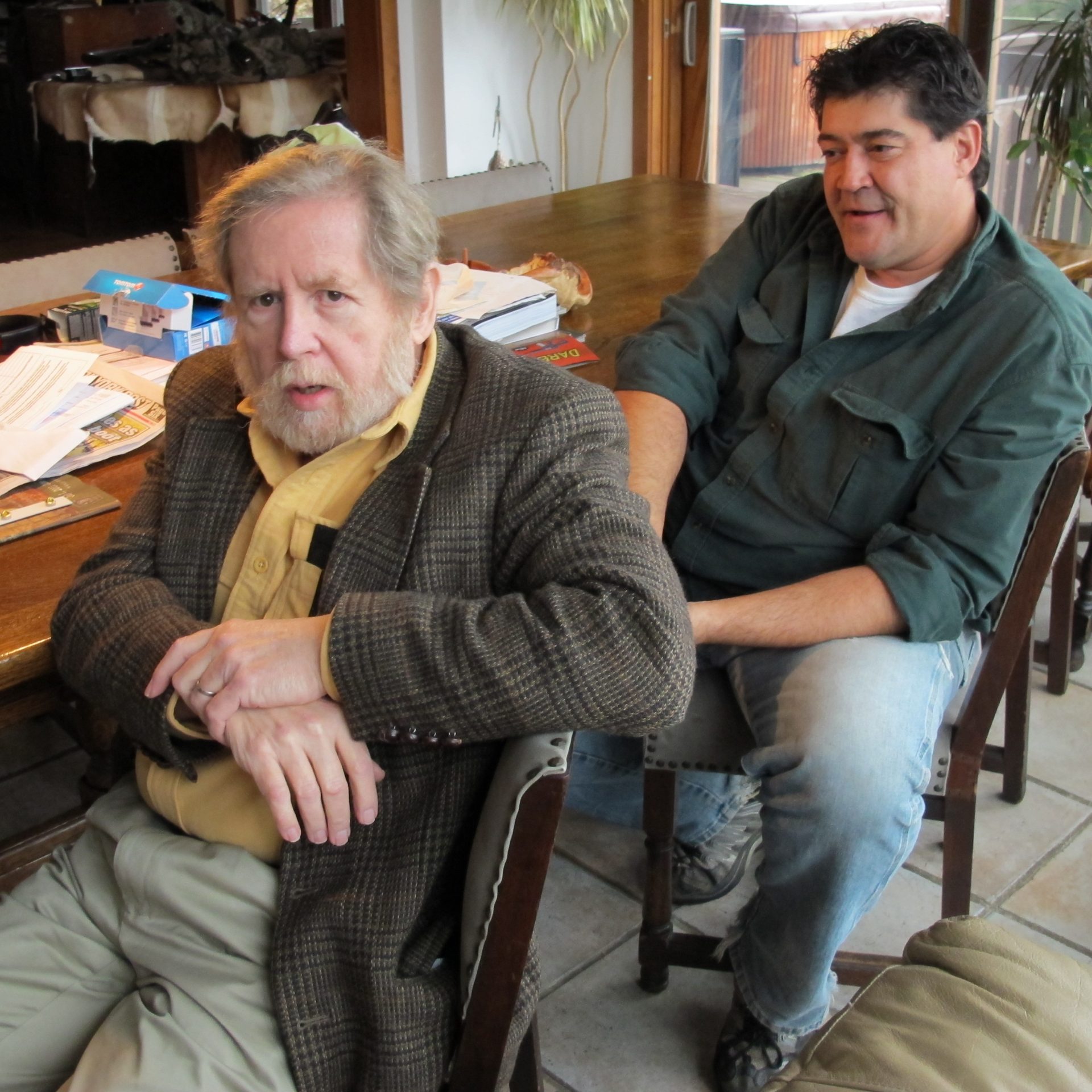 Peter Wynne (L) and Curt Coccadrilli are landowners who have advocated for gas drilling in the Delaware River Basin. Wynne says he should be compensated for not being permitted to lease his land.

Landowners in the Delaware River Basin on Wednesday praised a state Senate committee for passing a bill that would compensate people who can’t lease their land to gas companies because of a ban on fracking in the region.

But anti-fracking activists condemned the bill, calling it an abuse of power and a ‘preposterous’ attempt to boost the gas industry while endangering public health.

The Environmental Resources and Energy Committee on Tuesday approved by nine votes to three Senate Bill 1189 which would require the Delaware River Basin Commission to pay “appropriate and just” compensation to land owners who want to lease their land for gas development but have been blocked by the DRBC’s plan to ban fracking in the basin.

The bill, which now heads to a vote by the full Senate, says the land has been rendered “worthless” by the DRBC’s long-awaited decision in 2017 to move ahead with a ban on fracking.

The ban constitutes a “taking” of the property parts of six counties that lie within the Delaware basin, and so should be treated in the same way as land taken by a company or government entity using eminent domain, the bill says.

The policy “will deprive the owners of the estates of all economically viable use of the oil and gas estates,” it says.

The DRBC, an interstate agency that manages water resources in the basin, did not respond to several requests for comment on the bill.

Activist groups that have spent years calling for a permanent ban on fracking in the Delaware basin were aghast at the bill even before the committee vote.

“Legislating such nonsense is the most preposterous thing I’ve ever heard,”said Karen Feridun of Berks Gas Truth. “If our senators are so concerned with eminent domain, they should speak out against every single fracked gas pipeline where eminent domain is regularly used to actually strip landowners of their rights, something that has never seemed troublesome at all to our legislators.”

Tracy Carluccio of Delaware Riverkeeper Network said it was “shocking” that there should be such a “blatant effort to boost the industry.”

Ken Kristl, an environmental law professor at Widener University, said the Pennsylvania legislature is unlikely to be able to require the DRBC, a federal agency, to do anything. He said any requirement that the agency pay compensation to land owners would more likely come from the courts if a property owner sues DRBC and wins.

“In that regard, the general assembly making the determination that it is a taking may very well create a separation of powers problem with the legislation because it infringes on the power of the courts to make such determinations,” Kristl said.

Bob Rutledge, who owns 300 acres in Damascus Township, Wayne County, said the bill’s passage was a step toward restoring what he sees as his property rights.

“We’ve had our mineral rights stolen from us, and nobody’s compensated for it,” he said.

If the bill becomes law, Rutledge said the amount of compensation for each land owner would have to be calculated by oil and gas engineers on the basis of how much gas lay below an individual parcel.

In principle, land owners should be compensated for the amount they would have received in lease and royalty payments if they had been able to sign leases for gas development, Rutledge said.

He said he signed a lease in 2009 with Hess Newfield, a gas company that was planning to develop parts of the Delaware Basin but which later terminated the lease and canceled its plans because of a defacto moratorium on fracking that emerged at the DRBC in 2010.

Rutledge said he would have made about $600,000 plus royalties from the deal. He now works as a construction contractor, a beef cattle farmer and a landlord, “and it’s still not enough to make a living in Wayne County,” he said.

Peter Wynne, who owns 65 acres in northern Wayne County, said he too signed a lease with Hess Newfield, and would have made $1,500 an acre plus royalties if the company had been allowed to develop the land. The company terminated the lease.

“There haven’t been any significant problems in the Susquehanna basin, so why should there be any in the Delaware?” he said.

Leasing land to the gas industry would have allowed farmers to stay in the area, but many are now unable to make a living there, leaving their land vulnerable to developers, Wynne said. If that happens, the environmental damage from suburban features like lawn chemicals or septic tanks would be far greater than any issues caused by fracking, he said.

Despite the land owners’ protests, it’s far from clear that there are significant quantities of gas in the basin, said John Quigley, former secretary of the Department of Environmental Protection, who tried and failed to get the DRBC to do its own assessment on the question.

Quigley said he had concluded, after conversations with geologists, that there are no “appreciable or developable” reserves of gas in the Delaware Basin. If such reserves did exist, energy companies such as Hess Newfield would not have voluntarily surrendered their leases, and they would have taken the matter to court years ago, he said.

If indeed there are no significant gas reserves in the basin, then the legislation to provide compensation for land owners is just an “election year gimmick” to appease the gas industry and disgruntled landowners, while the DRBC’s move to enact a permanent fracking ban is an equivalent gesture to  appease the environmentalists, Quigley said.

“Unless someone can prove that developable gas reserves exist, it’s all a show,” he said.

The Senate committee voted largely along party lines on the compensation bill. The only Democrat to vote for the bill was the committee’s minority leader, Sen. John Yudichak, who said the bill gives lawmakers a chance to consider how to compensate affected land owners.

“The legislation in no way limits the Delaware and River Basin Commission’s ability to protect the watershed by banning high volume hydraulic fracturing,” Yudichak said in a statement. The bill “simply allows the legislature to have a conversation about the very complex subject of fair compensation for owners of mineral rights that are denied access to markets because of the actions of the DRBC.”