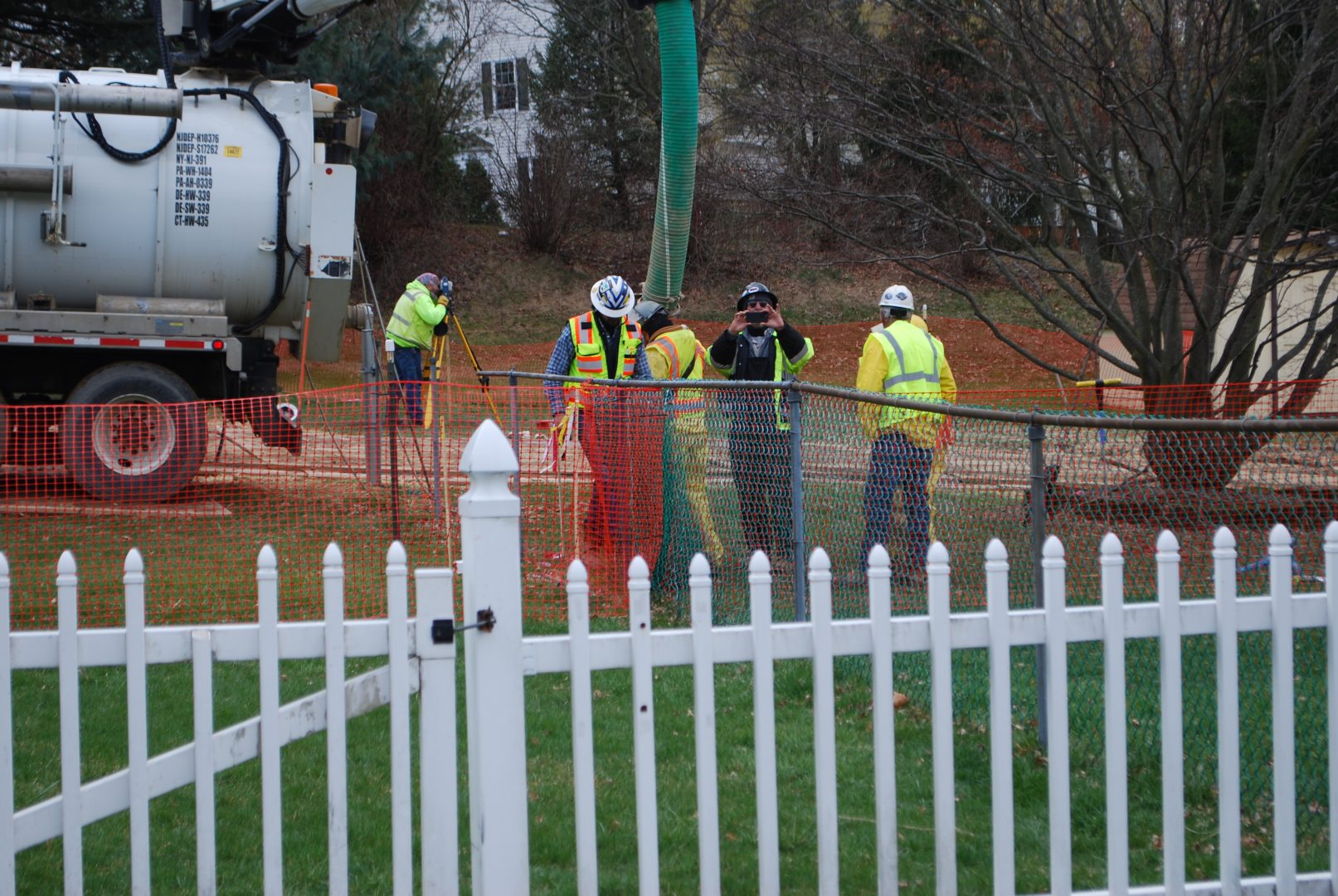 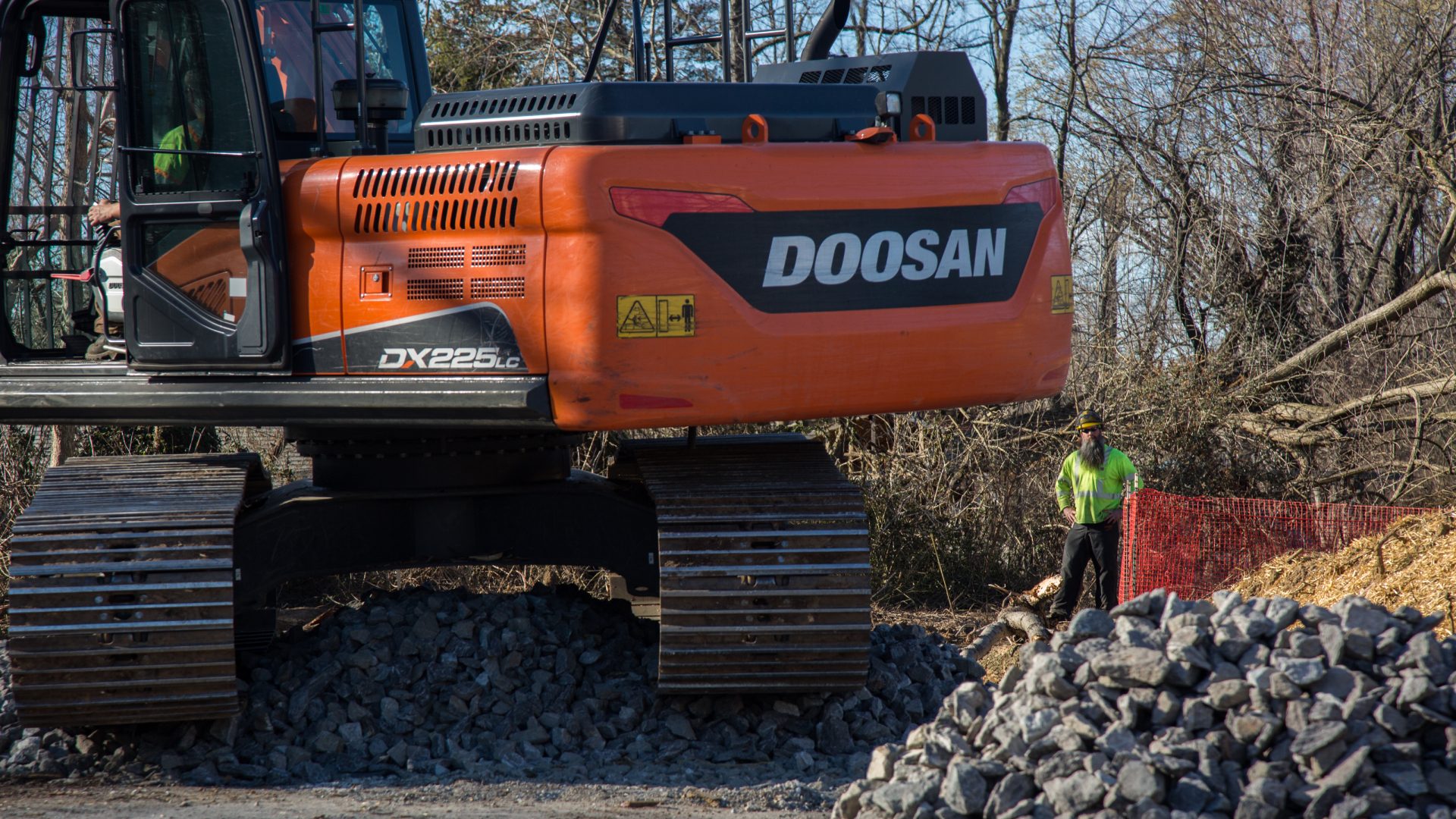 Mariner East 2 pipeline construction in Aston, Delaware County. Construction includes underground drilling along parts of the route. In Chester County, Sunoco’s crews punctured an aquifer, leading to some residents having to drink bottled water and shower at hotels. A federal lawsuit says the company violated the Clean Water Act.

In a potentially groundbreaking legal action, an environmental group is suing Sunoco Pipeline for violating state and federal clean water laws during the construction of the Mariner East pipelines while not having a permit that could have allowed it to control discharges of waste water.

Pennsylvania-based Delaware Riverkeeper Network says Sunoco failed to obtain a National Pollutant Discharge Elimination System (NPDES) permit which it is required to have if it wants to discharge pollutants into waterways.

Even though the oil and gas industry is exempt from obtaining the permits – unlike other kinds of industrial construction such as powerlines — that exemption disappears when a water violation occurs, argued Aaron Stemplewicz, senior attorney for DRN.

The complaint, filed in U.S. District Court for the Eastern District of Pennsylvania on Tuesday afternoon, says Sunoco, a unit of Energy Transfer Partners (ETP), should have had the permits and its failure to do so could result in fines totaling $37,500 per day over 399 days of construction, or a total of $14.9 million.

“Whether Sunoco’s actions (and failures to act) stem from a series of calculated business decisions or complete indifference to Pennsylvania’s regulatory efforts, Sunoco has endangered the environment and violated state laws, federal laws, rules, and permits designed to protect the quality of Pennsylvania’s waters,” DRN wrote in the 40-page complaint.

Sunoco spokeswoman Lisa Dillinger, asked to respond to the suit, issued a statement saying only:

“We understand there are varying opinions regarding infrastructure projects and their construction. We remain in compliance with our environmental permits and will continue to follow those requirements. In addition, we continue to work with the DEP to ensure impacted homeowners have clean water supply.”

The Mariner East project, which is building two pipelines to carry natural gas liquids across southern Pennsylvania, has been plagued with environmental, technical and legal problems since it began construction in February 2017.

The project has resulted in dozens of drilling fluid spills into waterways and private property along the 350-mile route, leading the Department of Environmental Protection to issue 56 notices of violation, and prompting regulators and a state judge to twice halt construction in an effort to stop the spills.

Even after a month-long shutdown of all construction in early 2018 and a $12.6 million fine for what DEP called “egregious” violations, the spills have continued. The latest incidents occurred at Snitz Creek in Lebanon County on June 1 and 10, according to DEP records.

In May, a PUC judge halted construction again, this time in Chester County’s West Whiteland Township, because of what she said were public safety concerns stemming from unstable geology and an operational natural gas liquids line that runs along the same route. The full PUC is expected to decide whether to uphold the judge’s ruling at a public meeting on Thursday.

The new complaint, filed as a Citizen Suit under the federal Clean Water Act, says the discharges have violated Pennsylvania’s water-quality standards, and continue to do so.

It cited 18 instances of sediment-laden storm water discharges in six counties, and six instances of drilling fluid spills – also known as inadvertent returns – in five counties. Any one of them would be sufficient to provide grounds for liability under the federal Clean Water Act or Pennsylvania’s Clean Streams Law, the suit said.

It asked the court to require Sunoco to stop discharging pollutants into waterways, to obtain the NPDES permits, to assess water quality at spill sites, and to provide new drinking water for any residents whose supplies have been contaminated by the pipeline construction.

While the spills have occurred for more than a year, DRN’s Stemplewicz said the timing of the suit reflected the need to collect evidence that water-quality standards had been violated. Also, the plaintiffs in a citizen suit are required to wait 60 days after informing the defendant before filing the suit, he said.

The complaint coincides with a similar action brought by the State of Ohio against the Rover Pipeline, another ETP project that will carry natural gas some 700 miles from the Marcellus and Utica Shales in the Appalachian region to markets in the U.S. and Canada.

The Ohio suit, in state court, says Rover discharged millions of gallons of drilling fluids into state waters, harmed wetlands that required a high level of protection, and repeatedly discharged sediment-laden storm waters into the state waters, all without obtaining NPDES permits.

Like DRN’s suit in Pennsylvania, the Ohio complaint says operators are exempt from the permit requirement unless they violate state water-quality standards, which Ohio alleges the Rover project has done on many occasions.

While there are many citizen suits brought under the Clean Water Act, Stemplewicz said he believes the DRN action would be the first to find that an oil and gas facility, specifically a pipeline, failed to obtain a NPDES permit and therefore violated the Clean Water Act.

If it succeeds, the suit could result in another construction shutdown but is more likely to end with civil  penalties and the modification of storm water management after construction, he said.

Rich Raiders, an environmental and land-use attorney, said the DRN case looks like it would meet several of the burdens it needs to prevail.

For instance, Raiders predicted that DRN will be able to show that there have been impacts to the “Waters of the United States,” as defined by the Clean Water Act, because of well-documented spills in places like Lebanon County’s Snitz Creek.

It should also be able to convince the court that the discharges of drilling mud qualify as “pollutants,” and that Sunoco has been discharging the mud without a permit from the DEP to do so, Raiders said.

He predicted that the suit will raise questions from the public about why the complaint wasn’t filed earlier, and why the DEP didn’t do anything about the lack of NPDES permits.

“Many citizens are going to be very disappointed in the Wolf Administration and DEP that DRN had to take its time to raise this issue,” he said. “I’m sure some of the response will ask why DEP did not raise this issue themselves, or why Sunoco didn’t apply for discharge permits when it became obvious that drilling mud was entering the Waters of the United States.

Sunoco says Mariner East 2, the first of the two new pipelines, will be operational by September. When complete, the multibillion dollar project will carry propane, ethane and butane from the shale fields of southwest Pennsylvania and eastern Ohio to a terminal at Marcus Hook near Philadelphia, where most of the material will be exported.

The Delaware Riverkeeper Network says it is also preparing a similar lawsuit against Williams, the builder of the Atlantic Sunrise pipeline.