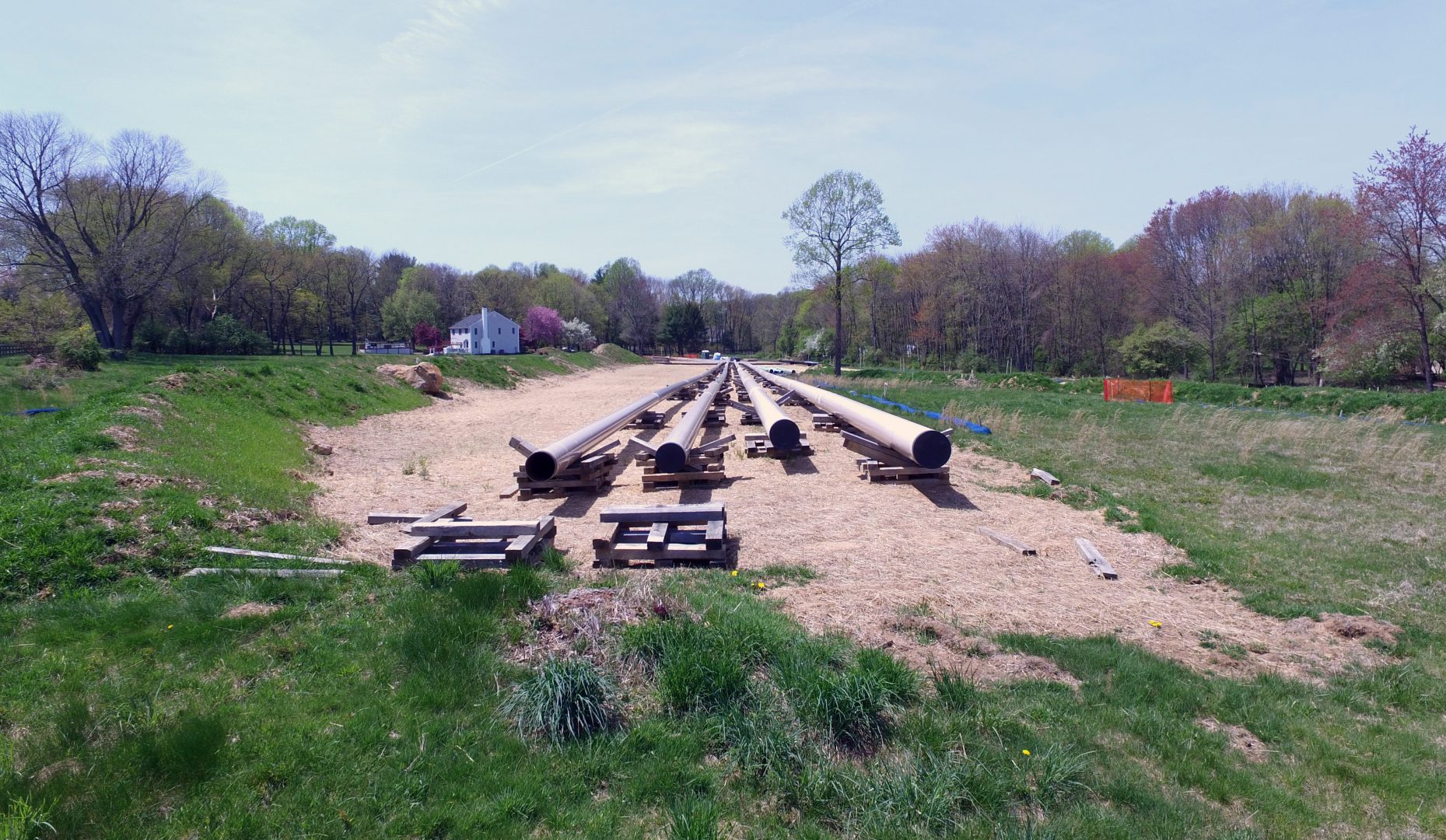 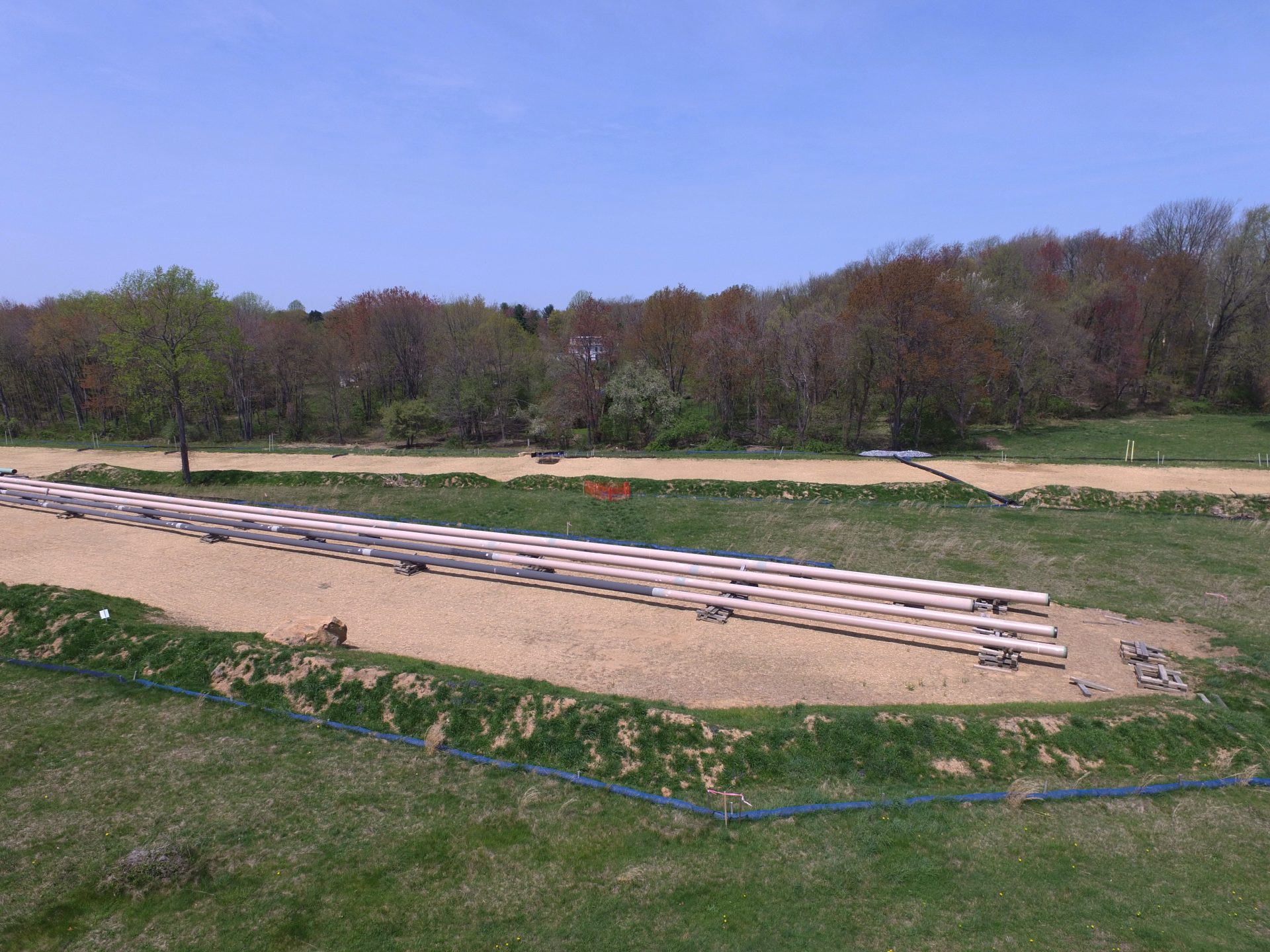 The pipeline, which is under construction, was hit by a contractor for the water utility Aqua on May 21 along Lenni Road, a suburban street that is crossed by the pipeline route.

The contactor, Brubacher Excavating, hit the pipeline at 6.2 feet below the surface but had been informed by Sunoco that the pipe was buried 9 feet deep, according to a report filed with Pennsylvania One Call System Inc., a nonprofit that notifies utilities about existing underground infrastructure before they excavate.

The coating on the pipe was “scratched” but the pipe itself was not damaged, Sunoco said.

“The coating on our 20-inch ME2 line, which is not in service, was scratched by a third party, however, there was no damage to the pipe,” said Lisa Dillinger, a Sunoco spokeswoman. “We have launched an internal investigation into the matter to determine the details surrounding this event.”

Critics said the incident shows the vulnerability of the pipeline that will carry highly explosive natural gas liquids through densely populated areas like Delaware County, and which they say represents a grave risk to public safety.

The incident raises questions about what Sunoco told the contractor about the depth of the pipeline. After several shutdowns by regulators and many violations of environmental laws, it also fuels accusations that the company is building the multibillion-dollar line with little regard for regulation or public safety.

Community groups say nearby homes, schools and businesses would be threatened by any leak of the highly pressurized propane, ethane and butane that will be carried by the line. The site where the pipeline was hit is a few hundred yards from an elementary school that has been used by pipeline opponents to illustrate local vulnerabilities.

“Had ME2 been operational, this could have been the kind of catastrophe we’ve been concerned about,” said Eric Friedman, a member of DelChesco United for Pipeline Safety, a coalition of anti-pipeline campaigners in Delaware and Chester Counties near Philadelphia.

Bill Kiger, chief executive of Pa One Call, said notes on the incident filed by the contractor show that the pipeline was struck by “powered equipment,” which could mean a backhoe or some other mechanical excavator.

Kiger said he didn’t know if it was the first strike by an excavator on the pipeline since construction began in February 2017, but said it was the first ME2 incident that he has been asked to investigate this year.

Kevin Bullman, who lives on Lenni Road, said the contractor working outside his house had told him the pipeline had been “scuffed” but that there appeared to be no serious damage.

Bullman said he previously worked as a contractor installing natural gas pipelines for the PECO utility, and would rely on information showing the depths of existing infrastructure.

“This subcontractor was working off the information he was given,” Bullman said in an interview. “The pipe wasn’t supposed to be there. When you’re digging a trench, you are always being cautious, looking for something that could be there that you don’t know but you’re working off what you’ve been given.”

Donna Alston, a spokeswoman for Aqua, said a Sunoco representative informed the contractor that the pipe was buried 9 feet deep, and was on site when then incident took place.

“The tooth of our contractor’s bucket scraped the pipe, scratching off part of its exterior coating,” Alston said.

The pipeline was repaired a few days later and there appear to be “no adverse impacts” as a result of the incident, she said.

Sunoco’s Dillinger, asked whether Sunoco had told the contractor that ME2 was buried at 9 feet, said there had been a conversation in the field but she wasn’t aware of its contents.

She said the company has a “damage prevention” program that protects in-service pipelines from excavation, and includes entering details on pipeline depth and location coordinates into a database operated by One Call.

One Call’s Kiger said any investigation or sanction from the incident would be done by the Public Utility Commission, which is expected to decide next week whether to uphold a judge’s shutdown of Mariner East construction in West Whiteland Township, in neighboring Chester County.

Nils Hagen-Frederiksen, a spokesman for the PUC, said its pipeline safety division is investigating the incident.

Despite the latest shutdown, Sunoco insists the line will be operational in the third quarter. When complete, it will connect the Marcellus Shale of southwestern Pennsylvania with a terminal at Marcus Hook in Delaware County, where most of the material will be exported.