Spring birdsong could change with a changing climate 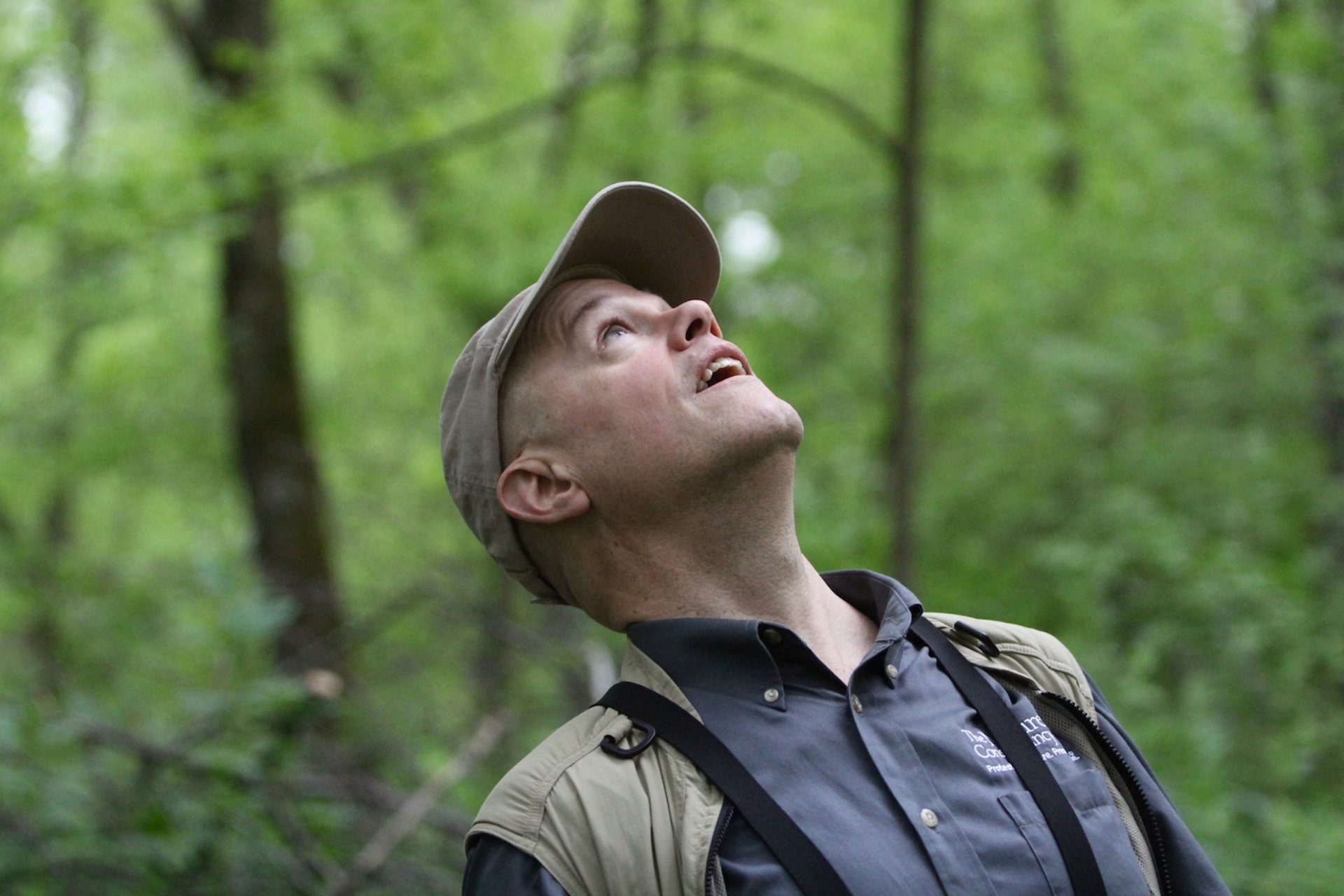 Spring brings flocks of migrating birds from South and Central America to the Pennsylvania. It’s an exciting time for birders who do early morning trips with binoculars to spot the migrants. But a changing climate means some birds, and their songs, could disappear.

Bill Kunze is executive director of the Nature Conservancy in Pennsylvania. On an early morning in May, he leads a group of birders counting migrating birds at the John Heinz National Wildlife Refuge in Southwest Philadelphia. Like many birders, Kunze sees first with his ears.

“Hearing a yellow warbler now above us, people sometimes describe its song as being like sweet sweet sweet a little more sweet…”

He lends me a pair of binoculars.

One thousand acres of marsh, woodlands and meadows is what’s left of what was once about 6000 acres of freshwater wetlands known as the Tinicum Marsh. The bulk of those wetlands have been paved over to make way for the Philadelphia airport, oil refineries, and housing developments. Tall white great egrets wade in the pond and painted turtles sun bathe on logs as low-flying airplanes soar overhead and traffic from I-95 can be heard in the distance.

“So right now I’m hearing a great crested flycatcher in the top of the trees out here going weep weep,” said Kunze, as he scans the treetops with his binoculars. “Now I’m hearing a Baltimore oriole.”

The refuge is part of what’s called the Atlantic Flyway, and it’s an important stopover for birds making their way from the south each spring. Some stop here to breed, for others it’s just a resting point. 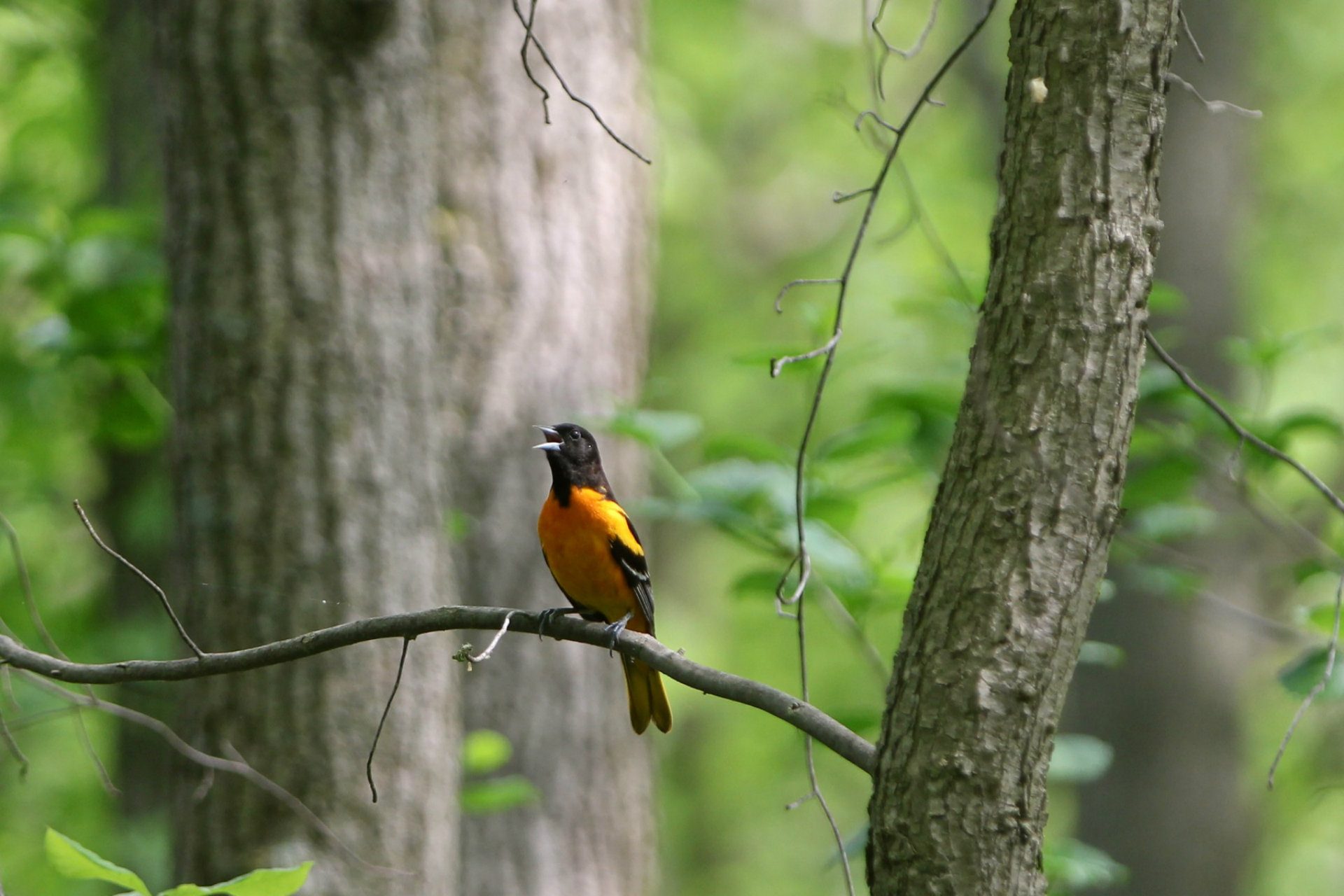 “A lot of people think that birds migrate because of temperature, it gets cold or hot,” he says. “What it’s really about is about food.”

Kunze says the birds that come north in the spring are looking to breed and feed on the explosion of insects and plant life that takes place during North American summers.

But a warming planet is changing what we see at our bird feeders and in our forests.

Insects and plants emerge in the spring based on temperature. But birds start to fly north based on the change in the amount of daylight.

It’s a disconnect that threatens hundreds of species across North America. 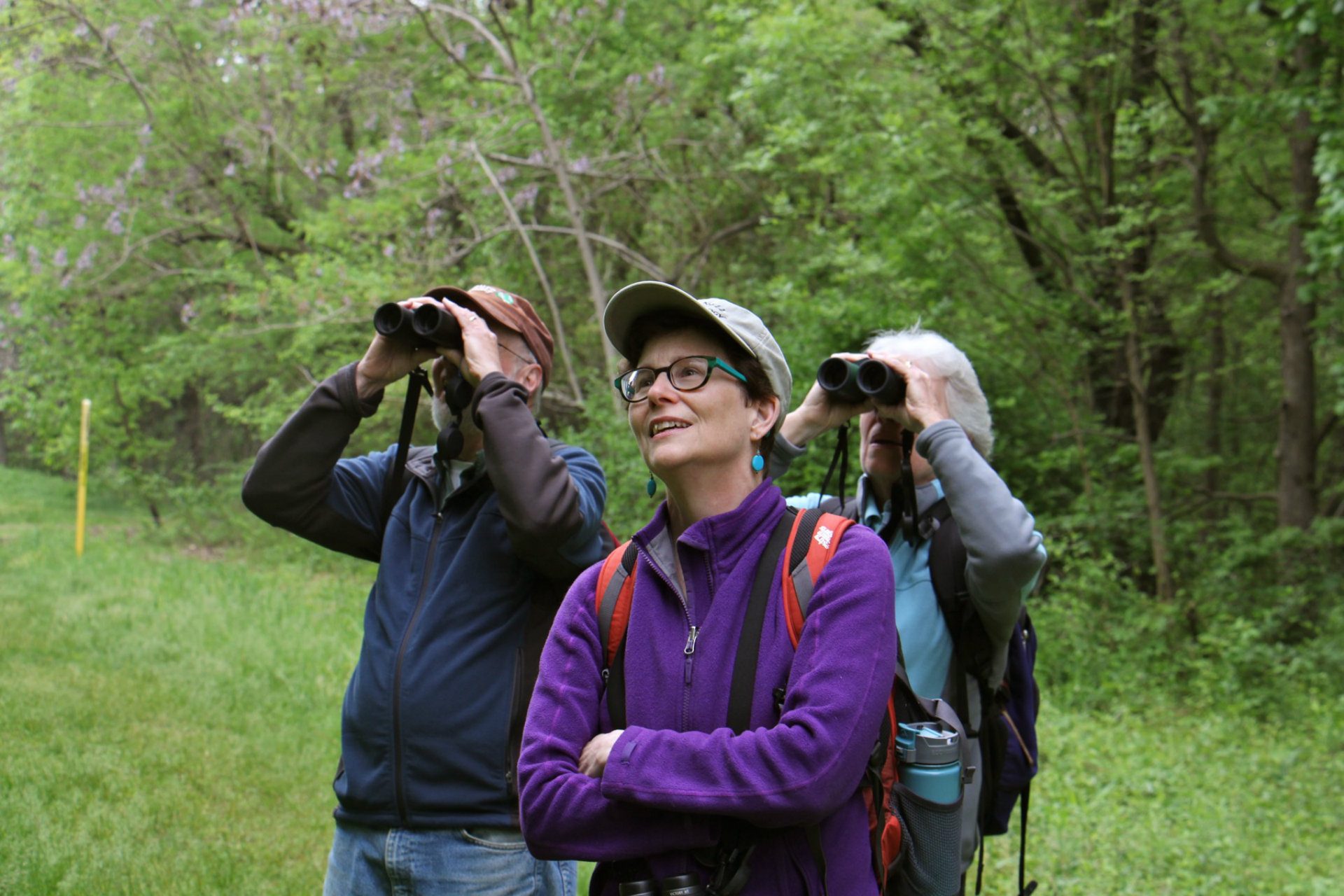 Volunteer birders with the Nature Conservancy at the John Heinz National Wildlife Refuge in Philadelphia during the annual spring migration bird count.

“So there’s a beautiful synchronicity between the timing of when they migrate, the areas they go to, and the food that will be available there. Climate change can change that connection.”

Kunze says that helps some species but hurts far more. His friend and fellow birder John Harding is already seeing changes where he hunts upstate.

“I never had red-belly woodpeckers breeding 30 years ago at my deer hunting camp,” said Harding.

“I remember when I was growing up around here you never saw a black vulture. That was a southern bird,” said Kunze. “And now you see black vultures all over the place. In addition to turkey vultures.”

A National Audubon Society report predicts that more than 300 North American birds will lose more than half of their current range by 2080 due to climate change.

Kunze says the impacted birds have two choices, move up in elevation, or move further up in North America. He says along the Appalachians, the mountains aren’t always high enough for the first option.  Some species are more adaptable than others.

“So we’re going to see more and more blue jays and crows and cowbirds and pigeons,” said Kunze. “We’re going to see fewer and fewer of these migrating warblers, wood thrush, veery and other birds like that.”

And he says birds continue to lose habitat.

“Pipelines or roads or lots of other kinds of development fragment the forest and as we slice and dice the forest we’re ruining the habitat for these birds. There’s a big difference between a thousand one acre islands and one thousand acre intact parcel.”

One bird song that Kunze says he’s hearing less and less is the song of the wood thrush.

“For us to lose this sound out of our forest would just be tragic. Let me play it for you.”

Kunze brings up the song on his phone.

“It’s related to a robin is about the shape of a robin a little bit smaller. And this is it’s song.”

As Kunze played the recording, all the birders broke out in smiles.