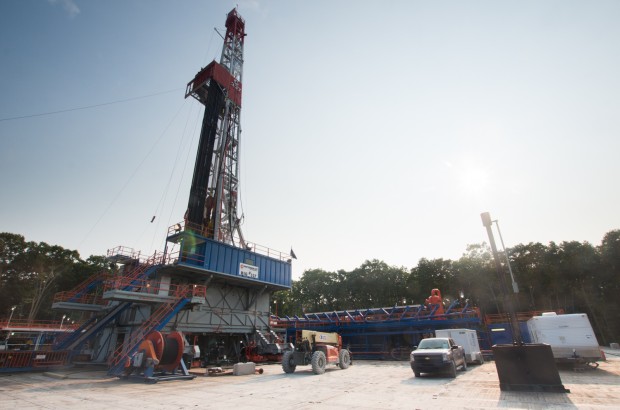 Pennsylvania landowners for years have tried and failed to get the Legislature to protect royalties they receive from natural gas companies, but mineral owners in West Virginia just scored a victory.

A bill addressing deductions from royalty checks sailed through the West Virginia statehouse and will soon go into effect. Now when drillers seek permits to drill on old leases, they cannot take out deductions to cover the costs of transporting natural gas from a well site or removing impurities.

These steps, taken once the gas has been produced from the well, help get the gas ready to be sold further down the processing chain.

Some mineral owners in Pennsylvania and other states have sued over these “post-production costs,” complaining they are unreasonable or their leases do not allow for them.

A key decision by Pennsylvania’s Supreme Court came down in 2010 in favor of drillers taking deductions.

But in West Virginia, the courts had been more favorable to mineral owners — until last year, when the state Supreme Court ruled in favor of gas driller EQT and allowed deductions with certain old leases.

Tom Huber, president of the West Virginia Royalty Owners Association, said the ruling would have affected many farmers who own minerals. His group and others pushed to reverse it at the capitol in Charleston.

“I think it was pretty clear to the Legislature that a lot of the practices around post-production expenses and marketing this gas were kind of exploitative to individuals who don’t have fleets of lawyers,” he said.

Their effort started in the Senate, which unanimously passed Senate Bill 360.

The bill later passed the House 96-2, and the governor signed it last month.

“I was in shock,” said Valerie Antonette, who lobbied for the measure on behalf of Bounty Minerals, which buys mineral interests across Appalachia.

She said other bills were higher priorities this legislative session, and she was prepared to back down on SB360 to see the other measures become law.

“We did not believe that this bill would pass, but we wanted to introduce it to start the conversation about more widespread deductions,” she said.

Antonette said higher taxes on oil and gas emerged as a potential way to increase teacher salaries, and information started circulating around the capitol about campaign contributions from the energy industry. Heightened scrutiny over oil and gas money helped advance the deductions bill, she said.

But the measure still faced opposition. A lawyer representing EQT, Tim Miller, opposed it at a Senate committee hearing.

“The last thing we want to do is appear as an outlier state,” he said.

He told lawmakers the measure would create a special class of leases that might cause drillers to go elsewhere, like to Pennsylvania.

He said he understands there’s frustration when deductions eat up royalty checks, especially lately, as royalties are lower because natural gas prices have dropped.

But the answer, he said, isn’t this bill.

“It’s allowing or encouraging the free market to build more pipelines to get this gas out of West Virginia,” Miller said.

He said that would help boost the value of the gas, which would help justify the expenses deducted from royalties.

The letter was dated the same day the bill cleared the West Virginia Legislature.

“EQT has been planning this change for several months to bring its practices in line with other producers, long before the West Virginia legislative session began or SB360 was presented,” EQT said in a statement.

Jackie Root, president of the National Association of Royalty Owners Pennsylvania chapter, said it feels like a reaction from EQT.

“I believe they’re angry about the decision in West Virginia and it’s spilling over into Pennsylvania,” she said.

The situation in Pennsylvania is different as the debate over royalties has gone on for years in Harrisburg. The gas industry has argued the deductions are a legitimate business practice and the disputes are contract matters best resolved in court.

Antonette is turning her attention to Pennsylvania, where she’s also a lobbyist.

“We’re hoping something breaks in the budget discussions this year that would provide some royalty owner protections,” she said.