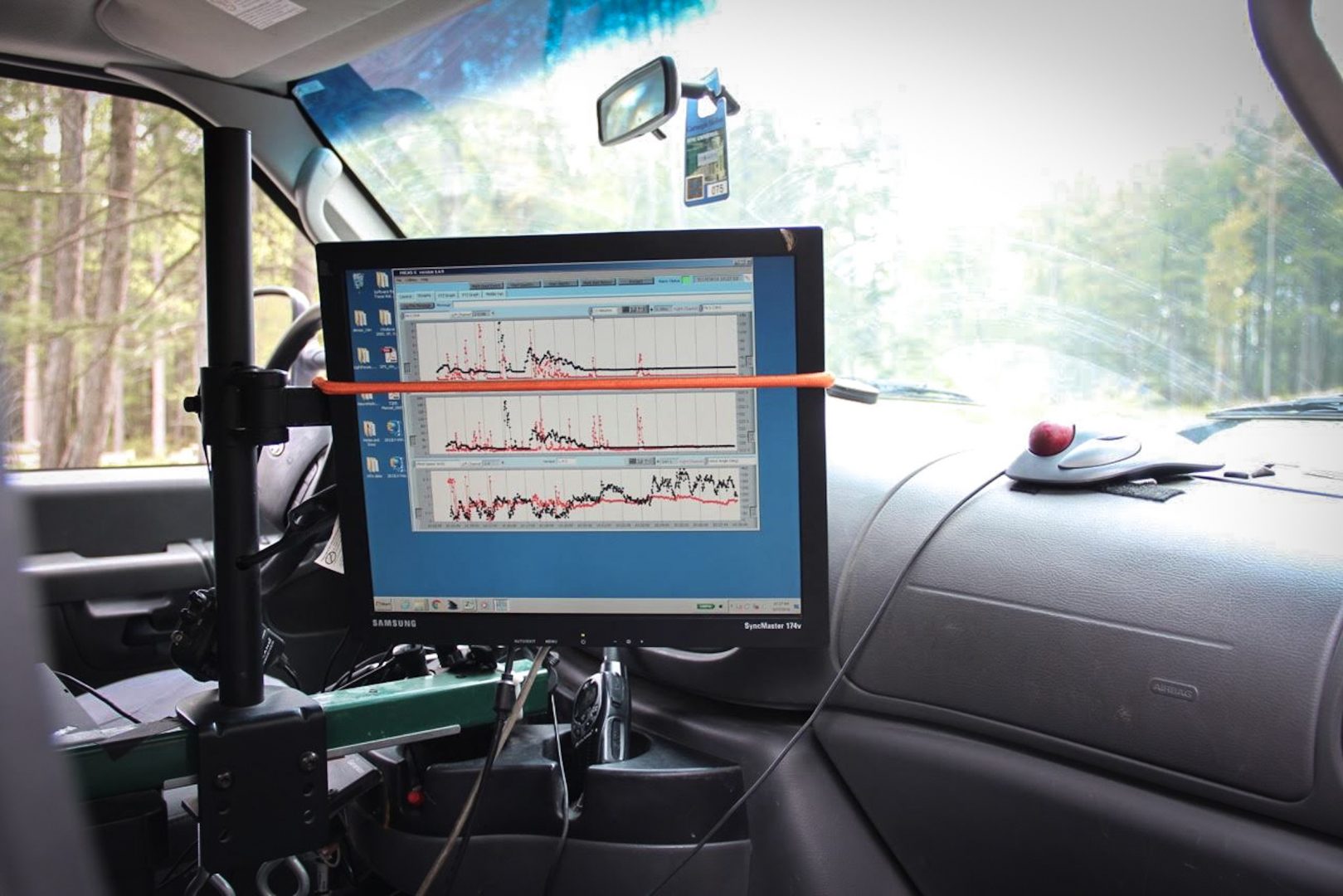 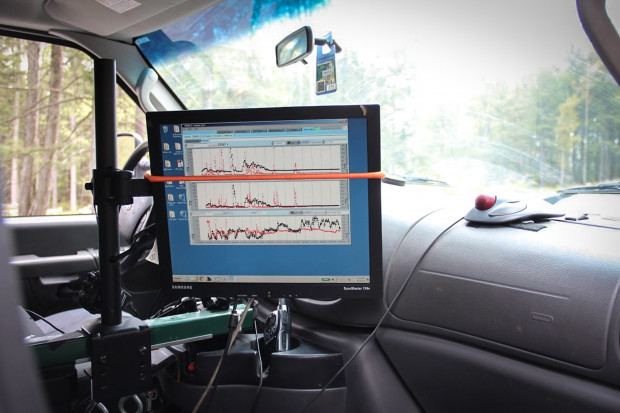 As part of a research effort in 2016, scientists from Carnegie Mellon use mobile labs to detect methane leaks from the natural gas industry. Photo: Reid Frazier” credit=”

An environmental group says that Pennsylvania’s gas drilling industry is releasing much more methane into the atmosphere than the state is reporting.

Scientists at the Environmental Defense Fund calculated Pennsylvania’s Marcellus shale industry is emitting twice as much methane as companies are reporting to the state’s Department of Environmental Protection. The analysis, posted to the group’s website, is based on 16 peer-reviewed studies funded in part by EDF, including some involving oil and gas companies.

Methane is the main component of natural gas, and is a powerful greenhouse gas. Over the course of 20 years, methane is as much as 86 times more potent at trapping heat in the atmosphere than carbon dioxide.

Emissions from methane are larger than state inventories, according to an analysis from the Environmental Defense Fund. Image: EDF” credit=”

The fracking boom in Pennsylvania has made the state the No. 2 gas-producing state in the country, behind Texas. It has also brought attention to how much methane the wells are leaking into the atmosphere. But the state’s older, conventional drilling industry may also be a significant source of methane pollution, according to the EDF.

David Lyon, EDF’s lead scientist on the report, said the conventional wells probably lose so much gas because of their age.

“One of the main reasons is a lack of maintenance, or less attention being paid to these wells, that are more common and produce a lot less oil and gas than some of the newer (unconventional) wells,” Lyon said.

He said part of the reason for why the group found the state is underestimating the industry’s emissions is because companies report their emissions based on formulas created by the EPA. These formulas estimate how much gas a well will leak based on what kind of equipment the company is using.

But the formulas don’t account for abnormally leaky wells, Lyon said. He said EDF’s analysis, which is based on in-the-field measurements, account for those faulty wells — so-called ‘super-emitters’ — which he said are responsible for most of the industry’s methane emissions.

“It can be really hard to find all the leaking components on a site, and if there are any really large emissions — caused by ‘super-emitters’ — they can be very difficult to measure,” Lyon said.

The group is using the report to say that the state needs to tighten rules on emissions from the natural gas industry.

“It highlights the extreme necessity to implement readily-available, cost-effective controls we know work — they’re proven in other states — that can more easily control methane emissions than we are now,” said Andrew Williams, director of regulatory and legislative affairs for EDF.

The state DEP is crafting methane regulations for Marcellus shale operations, but has no such plans for conventional gas wells.

DEP spokesman Neil Shader said in an email: “DEP is reviewing the findings, but as the report notes, addressing methane pollution is key priority for the Wolf administration. DEP is nearing finalization of new permits that will establish thresholds for methane for new unconventional well sites and compressor stations.”

Those new permits are due to be finalized this spring, and would require companies developing new unconventional gas wells and compressor stations to conduct periodic monitoring for methane leaks.

The report drew negative marks from the Marcellus Shale Coalition president David Spigelmyer, who said in an emailed statement that it was an “activist report” meant to “drive a political agenda.”

Spigelmyer said the industry has increased production while at the same time lowering its reported emissions of methane, which are “based on methodology approved by EPA and PA DEP and leverage best practices to capture and market methane.”

But scientists who have studied the topic, and who reviewed the EDF’s main analysis, say it is consistent with what scientists have found about methane emissions.

Amy Townsend-Small, associate professor of geology and geography at the University of Cincinnati, said the main study EDF based its analysis on, by a team of researchers at Carnegie Mellon, is “based on a small number of sites,” but said “it’s kind of the best that there is right now in the scientific literature.” (The study’s lead author, Mark Omara, was a post-doctoral fellow at Carnegie Mellon before joining Environmental Defense Fund as a senior research analyst.)

That study measured downwind emissions of 35 conventional and unconventional gas wells in Pennsylvania and West Virginia.

“Ideally there would be more data but there aren’t in the scientific literature, and the methods they use are really good,” Townsend-Small said.

She said that one of the main things she was able to glean from the analysis was that conventional gas wells are a significant source of methane pollution, and that the state should count them in its overall oil and gas air emissions inventory.

“That seems like a no-brainer to me the state should be including those in their estimates,” she said.

One of the co-authors of the Carnegie Mellon study, mechanical engineering professor Allen Robinson, said he thought the analysis was “a good estimate” of how much gas is escaping into the atmosphere from the natural gas industry, though he said it was still hard to determine the exact number.

Robinson said that about 1,000 natural gas sites have been measured over the past few years by a variety of scientists, and that compared with those studies, the Carnegie Mellon study and the EDF analysis are consistent.