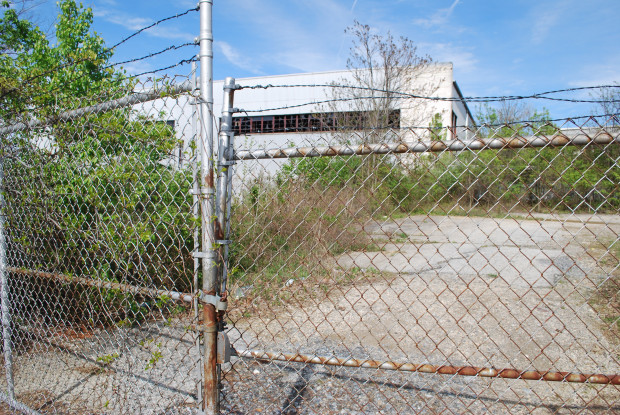 Delaware Riverkeeper Network stepped up its campaign to clean the highly contaminated Bishop Tube industrial site at Malvern in Chester County when it accused Pennsylvania’s Department of Environmental Protection of neglecting the problem over decades.

The environmental group filed a complaint with Commonwealth Court on Wednesday asking the court to require DEP to bring the potentially responsible parties together to remove contaminants including trichloroethylene, or TCE, a carcinogen that was used as a degreaser by the former steel tubing plant, which closed in 1999.

DRN accused DEP of “manifest neglect and dilatory conduct” over at least 17 years by failing to require former owners of the site to remove the contaminants that have spread into the surrounding community, and are suspected by some residents of being linked with many local cases of cancer and other illnesses.

A report by the federal Agency for Toxic Substances and Disease Registry in 2007 found TCE present at up to 780,000 micrograms per liter, thousands of times higher than the Pennsylvania health standard, the complaint says.

In allowing the contamination to linger at the site, DEP has violated several environmental laws including the Clean Streams Law, and is in breach of the Environmental Rights Amendment of the state Constitution, the complaint says.

“The DEP has not prosecuted any enforcement action against any potentially responsible parties for cleanup and/or restoration of the off-site impacted areas near the Bishop Tube site, including the ground and surface waters, nor has DEP performed such cleanup,” the 38-page complaint says.

It asks the court to order DEP to clean up the 14-acre site so that contaminants no longer spread into the neighborhood – either by itself or by arrangement with the former owners, Johnson Matthey and Whittaker Corp. DEP has identified those companies plus Christiana and Marcegaglia Corporations, which owned the site from the 1970s to the 1990s, as “potentially responsible parties.”

DRN urges the court to order DEP to comply with the stated environmental laws, and to hire an independent contractor to test water, soil and vapor during and after the cleanup to confirm that residents are no longer exposed to the contaminants.

The environmental group continues to lead community opposition to a plan by Constitution Drive Partners (CDP), a developer that owns the site, to do a partial cleanup so that it can build 228 town homes there. DRN argues that the developer’s plan would leave residents and local waterways still exposed to the contaminants. The environmental group says there should be a full cleanup paid for by the former owners, and that the site should be converted to open space.

In August, a Chester County judge threw out a CDP suit that challenged DRN’s right to criticize the redevelopment plan. The judge said the environmental group had free-speech rights to petition state and local government in its efforts to block the plan.

DEP spokesman Neil Shader said the department does not comment on matters in litigation. But the DEP’s web site says that officials visited the site in late September to oversee CDP’s efforts to stop discharge from a pipe into a creek that flows through the site.

The web site says DEP expects to receive a cleanup plan from Johnson Matthey and Whittaker this winter, and will then propose a “remedial response” and hold a public hearing.

“DEP’s responsibility under the Hazardous Sites Cleanup Act is to select a remedy that is protective of human health and the environment and complies with all statutory and regulatory requirements,” the department said.

According to the DEP web site, CDP is “re-evaluating” its development plan. James Sargent, an attorney for CDP, did not return a phone call seeking comment on the DRN complaint and any change to the development plans.