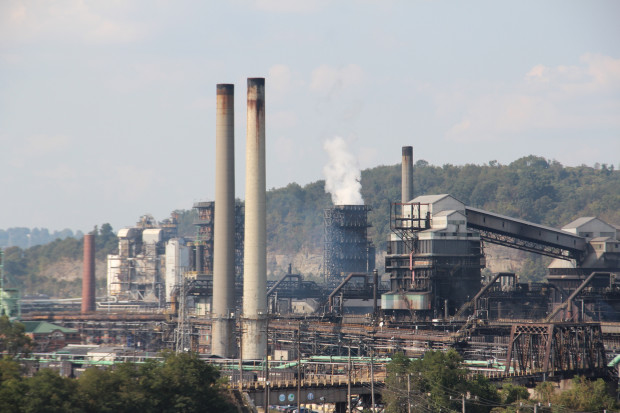 A group of activists demanded Allegheny County health officials rein in air pollution from the largest coke plant in North America. The Clairton Coke Works is one of the biggest pollution sources in Western Pennsylvania. The Allegheny County Health Department determined the plant violated the terms of its air permits 6,700 times over a 3 ½ year period.

The long record of violations drew a crowd of activists to a meeting at the health department Wednesday, where several told the agency to clean the plant up.

Among these was Melanie Meade, of Clairton. Meade said the plant no longer leaves soot on her house, but that doesn’t mean the plant is safe.

The plant is the largest source of particulate pollution in Western Pennsylvania, and the third largest in the state, according to the Department of Environmental Protection’s emissions records. Particulates have been linked to premature deaths from heart and lung diseases, and increased incidence of asthma.

Meade says she’s so worried about pollution, she won’t even let her 8-year-old son, Joseph, play youth football because the field where he would play faces the coke plant.

“He would be practicing directly across the street from the Clairton Coke Works, five days a week, rain, sleet or snow, and I refused to do that,” she says. “He wants to play football and all his friends are playing football. So he feels like an outsider.”

Coke is a key component of steelmaking, and is made from metallurgical coal. Its emissions can include particulate matter and hazardous air pollutants, like the carcinogen benzene.

Over the past 5 years, the plant paid over $2 million in fines from its air quality violations, according to the EPA.

PennFuture CEO Jacqueline Bonomo said the Health Department has entered into 10 consent agreements with US Steel in the past seven years, “and none of these have resulted in US Steel operating the Clairton Coke Works in compliance with the law.”

Jim Kelly, deputy director of environmental health at the Allegheny County Health Department, says his agency is working on a plan to bring the air quality in Clairton into federal compliance. One component of this is making the plant come up with a backup plan in case its pollution controls are forced offline, a situation that happened this summer when dredging in the Monongahela River muddied water the plant uses to run equipment.

Kelly says one reason Clairton has so many violations is that his department is keeping a close eye on it.

“With most facilities, we only have inspectors on site once or twice a year,” he says. At Clairton, however, “we have inspectors on site every day. So they are finding violations. You go to any type of industrial facility in the country, and if you put an inspector at their facility, every single day, their violations are going to skyrocket. That’s not excusing them, because these are violations, it’s pollution, and that pollution causes health problems.”