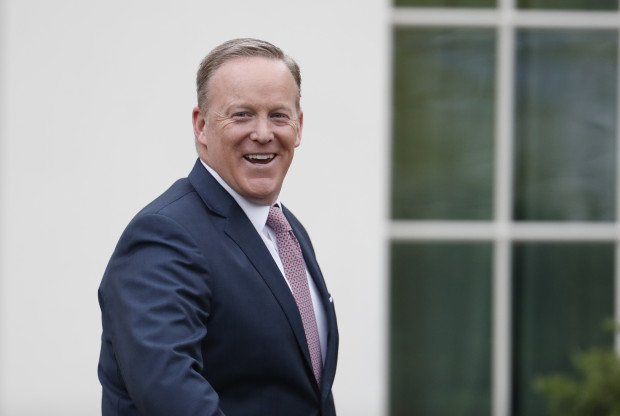 In what’s being billed as one of his first public appearances since leaving the Trump administration, former White House Press Secretary Sean Spicer will deliver the closing keynote address at the Shale Insight conference in Pittsburgh later this month.

The annual event has brought thousands of representatives from the oil and gas industry to the David L. Lawrence Convention Center in downtown Pittsburgh.

According to the agenda Spicer will discuss, “how we are poised to strengthen our nation’s geopolitical position, create manufacturing opportunities here at home and jobs for all Americans while continuing to protect our environment.”

He also plans to share his communications expertise to address, “minimizing sensationalized public protests reported by the media and, globally.”

“Despite the fact that he’s a die-hard Patriots fan, we’re very excited to have Sean Spicer as the closing keynote speaker for this year’s Shale Insight conference in Pittsburgh” Marcellus Shale Coalition president David Spigelmyer said in a statement. “Continuing the conference’s tradition of attracting top-rate keynote speakers, Sean’s level of experience and insight into the current landscape in Washington is second to none, and we’re grateful to have him give what will be one of his first major speaking engagements since leaving government.”

The conference, formerly known as Shale Gas Insight, was held in Philadelphia for its first few years. It’s been in Pittsburgh since 2014. Organizers dropped the word “gas” around the same time to reflect the fact that the Appalachian Basin region isn’t limited to so-called “dry gas” — it’s also rich in natural gas liquids.

Gasoline price spikes caused by Harvey on par with Katrina