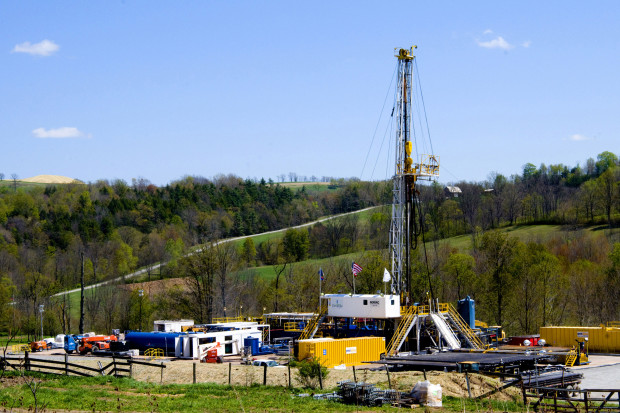 Natural gas drilling in Pennsylvania has spurred an increase in invasive species of plants colonizing lands near well pads, according to a new study by Penn State University, which was recently published in the Journal of Environmental Management. The research was funded by the Department of Conservation and Natural Resources.

The study says seeds of species like phragmites and Japanese stilt grass are being brought on to well pads on the tires and undersides of the thousands of trucks that visit the sites, and in the gravel delivered to build pads and roads.

As a result, the invasive species have made “significant inroads” into the ecology of well sites, and are damaging native species in ways that could hurt both the natural environment and local economies that depend on the timber grown there, the study says. 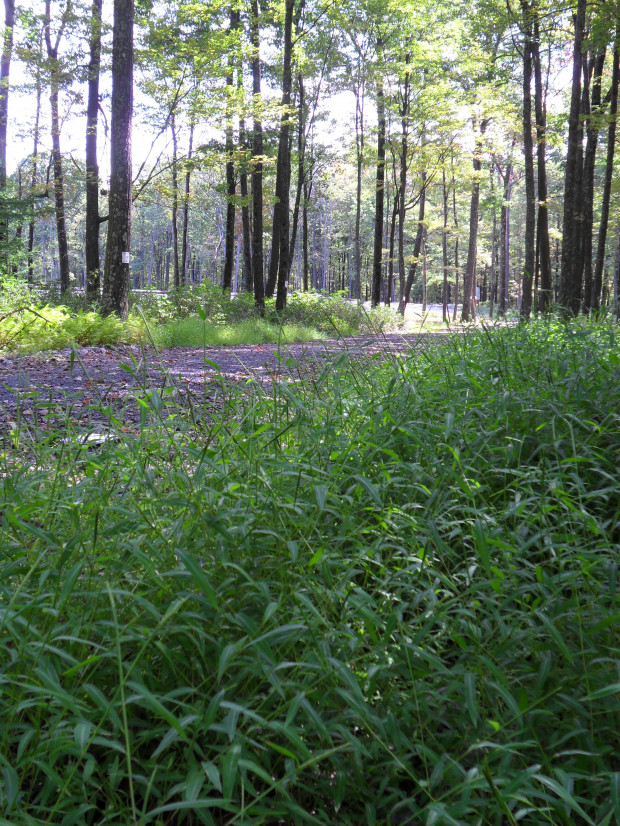 Japanese stiltgrass grows next to a well-pad road in north-central Pennsylvania. A new Penn State study says natural gas development has led to an increase in invasive plant species near gas wells.

“Studies have shown that when invasive plants such as Japanese stilt grass move into an area, it changes the plant community, and native plants tend to decline,” said researcher David Mortensen. “Soon, we will see a ripple effect in the forest ecosystem that will affect organisms that depend on the native plants.

“Ultimately, economic factors such as timber harvests may be affected, and wildlife and bird communities likely will change,” Mortensen said in a statement.

Starting in 2013, researchers studied invasive plant species on 127 Marcellus Shale well sites at locations in the Allegheny National Forest, as well as seven state forests. They found 61 percent of well pads had at least one non-native plant specials and 19 percent of those had three or more invasive species such as reed canary grass, spotted knapweed and creeping thistle.

The longer a drill pad had been in operation, and the more wells drilled on a pad, the more likely it was that invasive species would be present, the study found. It also found that the number of invasives was directly related to the density of the roads in the area.

Lead researcher Katy Barlow said that because the study did not begin until about five years after the shale boom began around 2008, it did not have a formal baseline of whether invasives were previously present. But she said researchers knew about the native species that were present in the areas before the gas companies moved in, and found that they are now under pressure from the new arrivals.

“We do know that on most of those sites, what was there was a native forest community,” she said, in an interview. “What we’re seeing on the well pad edges, we’re almost certain those are new plants to the area.”

Since some 1,200 truck trips are needed to deliver fracking fluid and sand to complete each unconventional well, the potential to transport invasive seeds, spores and roots for invasive plants is “significant,” she said.

To reduce the pressure from invasives, operators would have to ensure that truck tires and undersides were clean before coming on site, and that gravel or other material coming in was not contaminated with the seeds or roots, Barlow said.

“I think there needs to be greater care in looking at the plant communities around the construction material sources,” she said.

That could be achieved with regulations by the Department of Conservation and Natural Resources, or by landowners who could make demands about what materials are brought on to a well pad, but most landowners are unaware that they have that right, Barlow said.

DCNR spokesman Terry Brady said the agency has a “robust program” in place to curb the spread of invasive plants around natural gas sites. He said the department’s biologists and foresters are trained in identifying and eradicating 12 plants deemed to pose the greatest threat to forests and wetlands in north-central Pennsylvania.

As of December 2016, 71 populations of those species had been found on state forest lands. Of those, 19 have been eradicated, and another 11 had no new plants after a year of treatment. The remaining 41 are being treated by state officials or natural gas operators, Brady said.

“Our foresters and biologists are working diligently to prevent, control and monitor invasive plant species across all state forest lands, and across multiple state forest uses including timber harvesting and recreation, not just gas development,” Brady said.

With thousands more gas wells expected to be drilled in Pennsylvania in coming decades, there’s likely to be a corresponding increase in the arrival of invasive species unless operators, regulators or landowners find a way of controlling the problem, Barlow said.

The increasing presence of invasive species may be accelerated by deer which eat native plant species rather than the outside species, thus creating further space for the new arrivals to dominate the ecology, the project found.

A spokesman for the American Petroleum Institute did not respond to a request for comment.

This story has been updated with comments from DCNR.