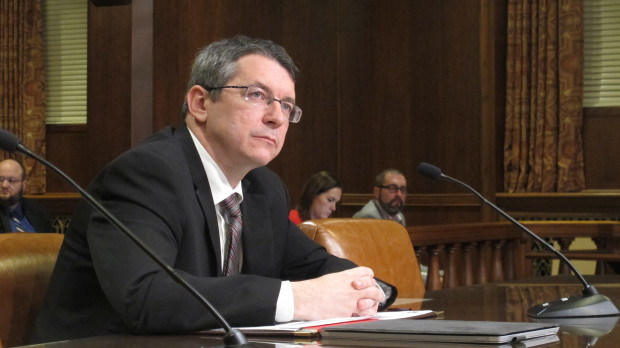 Pennsylvania’s top environmental regulator warns his agency is dealing with significant staffing shortages, following years of shrinking funding from the state. His comments come amid reported plans by the Trump administration to drastically cut the EPA’s budget. Such a move could devastate the Pennsylvania Department of Environmental Protection, which heavily relies on federal money.

DEP is down to staffing levels not seen since the 1990’s. The agency currently has a staff of about 2,400 — nearly 800 fewer people than it had in 1995. Over the past decade, state funding declined by 40 percent.

At a budget hearing Thursday, Sen. John Yudichak (D- Luzerne) asked McDonnell if he was facing a staffing crisis.

“We have significant staffing issues in some of our programs,” McDonnell replied. “If there’s a mistake the department has made over the years– it’s managed cuts. We haven’t maybe managed what’s left. The discussion always revolves around the amount of money and the amount of people. I want to translate that back into the service provided those programs.”

Senators from both parties expressed concerns about DEP’s embattled water program. In late December, the EPA warned the agency that it was failing to enforce Safe Drinking Water Act standards. The failure could be grounds for the state losing primacy— and with it millions of federal dollars. In response, DEP announced plans to increase water permit fees. It hopes to raise $7.5 million and hire 33 new inspectors. But the process of implementing the fees could take up to three years.

Following the Senate hearing, Rep. Greg Vitali (D- Delaware) sent out a statement blasting the legislature for its “chronic under-funding” of DEP.

“These are all extremely troubling trends,” Vitali said. “We’re hearing more and more about unsafe drinking water contaminated with lead in communities around the state. Without proper staffing levels, the DEP simply cannot protect Pennsylvanians from issues like this.”

Former DEP Secretary David Hess, who served under Governor Tom Ridge, a Republican, says both political parties are responsible for years of cuts, and the department is on the brink of not being able to accomplish its mission.

“The agency has had to conduct triage– figure out what programs live and what programs die.” says Hess. “If the feds cut their money back, it could be a tipping point.”

Governor Tom Wolf’s 2017-18 budget proposal would give DEP $8.3 million more per year for the next three years for local water quality improvement efforts. It would be funded through bond proceeds, and some Republican senators criticized the idea for not being a sustainable, long-term solution.